It's over! The match ends and Real Madrid beats Osasuna and continues to move further away from the top.
5:24 PMa month ago

Goal, goal, goal for Real Madrid! After receiving a delayed ball, Lucas Vázquez shoots into the goal and scores the third.
5:18 PMa month ago

Close! Isco's cross, but no one appears inside the box to add to the visitors' goals.
5:11 PMa month ago

A through ball, but Militao bursts in from deep to deny the home side any danger.
5:04 PMa month ago

Budimir's header, but the ball goes wide.
4:59 PMa month ago

Change of Osasuna. Javi comes off for Oier.
4:53 PMa month ago

Benzema's shot is blocked by the defense.
4:47 PMa month ago

Penalty for Real Madrid! The defense takes down Rodrygo inside the box and signals another penalty for the visitors.
4:42 PMa month ago

He missed it! Benzema shot from the penalty spot, but Herrera ended up saving the ball.
4:39 PMa month ago

Penalty for Real Madrid! After a handball by Ávila, the referee awards a penalty to the visitors.
4:35 PMa month ago

The match restarts for the second half
4:35 PMa month ago

The first part is over! Real Madrid ends the first half on top.
4:17 PMa month ago

Goal, goal, goal for Real Madrid! Asensio appeared inside the box and sent a shot that ended up increasing the lead for the visitors.
4:14 PMa month ago

Ceballos arrived with danger, but the local defense ended up taking the ball away from him.
4:07 PMa month ago

Real Madrid tries to get back in front on the scoreboard, but Osasuna is well stopped at the back.
3:58 PMa month ago

Avila's shot at the Merengue goal, but the ball goes wide.
3:51 PMa month ago

Goal, goal, goal for Osasuna! Budimir's cross is punched in by Budimir to tie the match.
3:44 PMa month ago

Goal, goal, goal for Real Madrid! Benzema's cross and Alaba pops up inside the box to open the scoring.
3:41 PMa month ago

Osasuna came close to a shot on goal, but the ball sailed over the goal and no one managed to make an impact with the ball.
3:31 PMa month ago

The meeting kicks off in Pamplona
3:30 PMa month ago

Both teams are already on the field warming up before kickoff.
3:20 PMa month ago

Real Madrid is already at El Sadar, looking for a new victory and continue to consolidate its position at the top of the table.
3:15 PMa month ago

Osasuna has already arrived at the building, in this match they will be looking for more wins and continue climbing up the standings.
3:10 PMa month ago

Karim Benzema is going all out in this competition, he is the striker on whom Osasuna has to pay a lot of attention, because if he wins a ball, the visitors are sure to be in danger.
3:05 PMa month ago

This is what El Sadar looks like for tonight's match. Both Osasuna and Real Madrid will be looking for a victory. 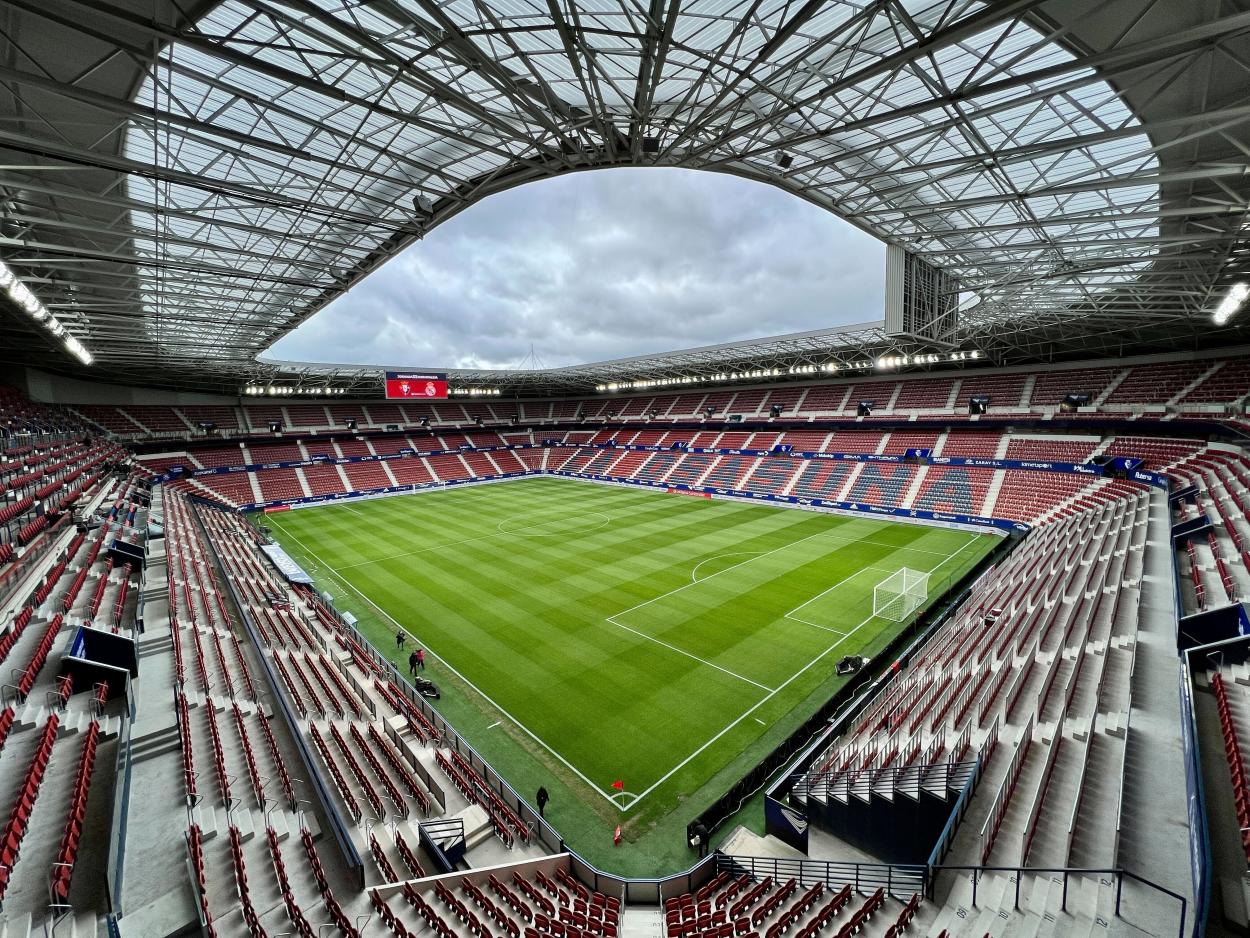 Gareth Bale will not participate in this match, the Merengue player is out after the team announced it, however no further details were given as to why he will not be present.
2:50 PMa month ago

Real Madrid arrives with its best streak against Osasuna, accumulating thirteen matches without defeat, at the same time; it has not conceded a goal in three matches.
2:45 PMa month ago

We're back to bring you minute-by-minute coverage of the match between Osasuna and Real Madrid. We will shortly share with you the starting lineups as well as the most relevant information about each team.
2:40 PMa month ago

Stay tuned for the Osasuna vs Real Madrid live stream.

In a few moments we will share with you the starting lineups for Osasuna vs Real Madrid live, as well as the latest information from the Estadio El Sadar. Keep an eye on the action with VAVEL's minute-by-minute live online coverage of the match.
2:35 PMa month ago

How to watch Osasuna vs Real Madrid Live Stream on TV and Online?

If you want to watch the game Osasuna vs Real Madrid live on TV, your options is: ESPN+.

Carlo Ancelotti spoke before facing Osasuna: "For this match I have the same message as all the previous ones. We are close to winning La Liga, but we have important matches to play. It's a very difficult field, but we want to beat Osasuna and get closer to the title."

"I have too much experience to believe that we have already won La Liga. We are very close. We are doing well and we must continue to do well. By winning we have a great chance to get closer to the title."

"The two titles would make me excited. I have to evaluate my entire soccer career. Winning is complicated, but you can't do it alone. I've been lucky enough to coach great clubs, which give you the opportunity to win titles. There are coaches who do a fantastic job avoiding relegation and that's like winning a title."

"The magic is in this stadium and this club, which have something special. I have always considered luck a quality. If they say to me, you're lucky, I have one more quality. Napoleon said he preferred generals with luck, better than with quality."

"I see him calm when he doesn't score. He is not obsessed with scoring but with helping the team. He has been doing very well since the beginning of the season and he continues to do so. It's important that he scores, but it's not the most important thing."

"He had a small problem in training on Monday, like Jović and Mariano. He can't play tomorrow, but we have a week's rest before the semifinal and I think all three will be available against Manchester City."

Real Madrid arrives after beating Sevilla 3 goals to two and consolidating its position at the top of the general table. The team coached by Ancelotti will be looking to continue to make it three out of three. 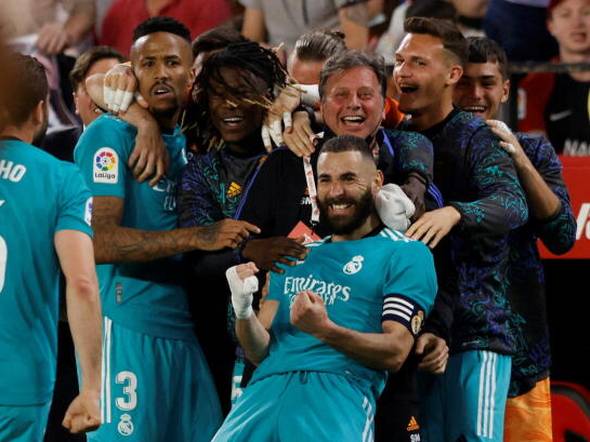 Osasuna comes to this match after beating Valencia by two goals to one, the team from Pamplona will be looking for a victory against the team that is in the first position.
2:05 PMa month ago

The match will be played at El Sadar Stadium

The Osasuna vs Real Madrid match will be played at the Camp Nou Stadium, located in Pamplona, Spain. The stadium has a capacity for 23,576 people.
2:00 PMa month ago