It's over! The match ends, América beats León at the Azteca.
12:04 AMa month ago

Goal, go... Canceled! Henry Martin scored the third with a lethal header, but the referee pointed to a foul.
11:59 PMa month ago

One more! Tesillo makes a hard tackle on Martin and the referee doesn't hesitate to show him the second yellow card and he leaves the match, Leon is down to 8 men.
11:56 PMa month ago

Close! Martin's header on goal, but the ball ends up in Cota's hands.
11:54 PMa month ago

A powerful shot by Dos Santos, but the ball goes slightly over the goal.
11:48 PMa month ago

Goalkeeper! Great save by Ochoa to keep out Leon's first goal by Tesillo.
11:43 PMa month ago

Goal, goal, goal for America! Zendejas' powerful shot to the far post and the ball goes into the net to score the second of the night.
11:37 PMa month ago

Sanchez's shot, but the ball ends up in the stands.
11:32 PMa month ago

Excellent save by Cota, preventing Zendejas from centering the ball.
11:28 PMa month ago

He is expelled! The referee shows Dávila the red card for talking too much.
11:25 PMa month ago

Viñas entered the area and tried to shoot, but Cota deflected the ball behind.
11:20 PMa month ago

The match restarts for the second half
11:01 PMa month ago

At the end of the first half, América is momentarily beating León by the minimum score at the Azteca.
10:53 PMa month ago

He's leaving! The referee shows the second yellow card to Rodríguez for the stomp on Fidalgo, leaving León with 10 men.
10:52 PMa month ago

VAR! The referee is called to review Rodriguez's foul on Fidalgo.
10:50 PMa month ago

Poste! Mena's shot, but the ball crashes into the far post of Ochoa's goal.
10:49 PMa month ago

A back-and-forth encounter, both teams looked for the rival goal, but were unable to define correctly.
10:37 PMa month ago

Roger's cross, but nobody appears to finish inside the area.
10:29 PMa month ago

It is not! After reviewing the referee's video, the referee disallows the penalty kick in favor of León.
10:28 PMa month ago

VAR! The referee will review the penalty kick in favor of León.
10:25 PMa month ago

Penalty for León! The referee signals contact on Mena and awards a penalty kick.
10:23 PMa month ago

Good save by Cota, preventing the home striker from shooting at goal.
10:15 PMa month ago

Goal, goal, goal for America! Sanchez's free kick shot ends up in the back of Cota's net after a deflection off the wall.
10:12 PMa month ago

Nothing! The referee decides to show the caution to Mena
10:10 PMa month ago

VAR! They will review a possible tackle by Mena on Fuentes.
10:08 PMa month ago

The action kicks off at the Azteca Stadium.
10:07 PMa month ago

Both teams are already warming up on the field prior to the start of this match, looking to get ready to go for three golden points.
9:45 PMa month ago

América is already at the Estadio Azteca, with Ortiz at the helm, and they will be looking to give a good game and continue to add points in the final stretch. 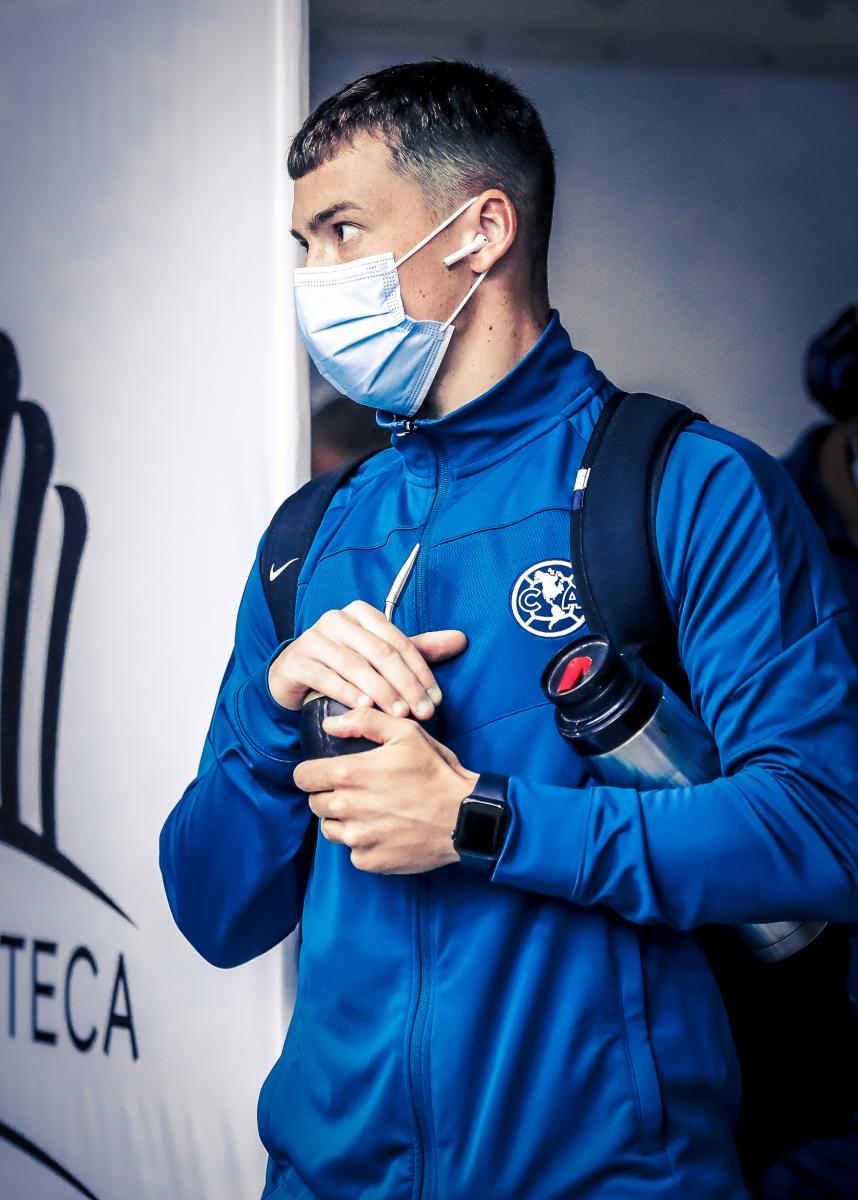 León is already at the stadium and tonight they will be going all out for a victory that will give them some breathing space.
9:35 PMa month ago

León's defense will have to pay special attention to Coapa's forward line, as América has 20 goals scored, a number they will be looking to increase tonight.
9:30 PMa month ago

Both fans are already at the Azteca Stadium, tonight they will try to make themselves felt to support their team and support them in this difficult match.
9:25 PMa month ago

These teams have faced each other on forty occasions, of which América has been victorious on 17 occasions against 14 for León, and they have evened the score in 9 matches.
9:20 PMa month ago

This meeting will have a security device of more than 1,100 police officers to ensure the safety of the attendees.
9:15 PMa month ago

Luis Montes continues not to be called up by Ariel Holan, a situation that sets off alarms due to a possible rift between coach and captain.
9:10 PMa month ago

We're back to bring you minute-by-minute coverage of the match between América and León. We will shortly share with you the most relevant information about both teams as well as the confirmed line-ups.
9:05 PMa month ago

Stay tuned for live coverage of América vs León

In a few moments we will share with you the starting lineups for America vs Leon live, as well as the latest information from the Azteca Stadium. Stay tuned for minute-by-minute coverage of the match live online on VAVEL.
9:00 PMa month ago

How to watch America vs Leon Live Stream on TV and Online?

If you want to watch the game America vs Leon live on TV, your options is: TUDN.

Fernando Ortíz spoke prior to the match: "In sporting terms, they have a lot of talent, what they had was an emotional slump and I always told them that, from the first moment I arrived. The hierarchy and the players of the category of this club is very important and they have never ceased to have quality, even the same group was super leader last tournament, that means that the material was present. The important thing was to be able to get out of the situation in which they were in at that moment with Santiago, then everything has been their own virtues, we as a coaching staff gave them that boost in their spirits, which is why today they are living a different situation to the one they had when it was my turn to take over."

"I believe that the particular player always needs that support from the human side, because in reality we are all human, this does not stop being a sport, and as I always tell them, it is the sport they did since they were kids, they should leave aside the pressure that exists in this profession and do what they did when they were kids when they enjoyed the ball. I like to talk, I like to approach them, because that is also what the trust that can be generated between them and the coaching staff is all about. Obviously, as a coach I have to make decisions and it is normal that sometimes there is anger, but they know that they have to show that anger to me during the week's training sessions so that they can be on the field.

"From Jonathan I always have admiration day by day of how he trains, I always have a back and forth talk with him, because I consider him to be an excellent person, then, in the sporting aspect he knows perfectly well that he has to train day by day to be able to earn a place within the 11. Today the team is working well, which is why they understand that they must be prepared and capable of waiting for their opportunity, and by that I mean whether it's Jonathan or whoever, the important thing here is that they must be available when the coach needs to use them, and that satisfies me a lot as a coach, because if I need them for a minute or 10 minutes, they respond in the same way as if they had been in the starting lineup.

León arrives after losing by the minimum against Puebla, the team coached by Holan still cannot find a good direction after their elimination in the Concachampions. 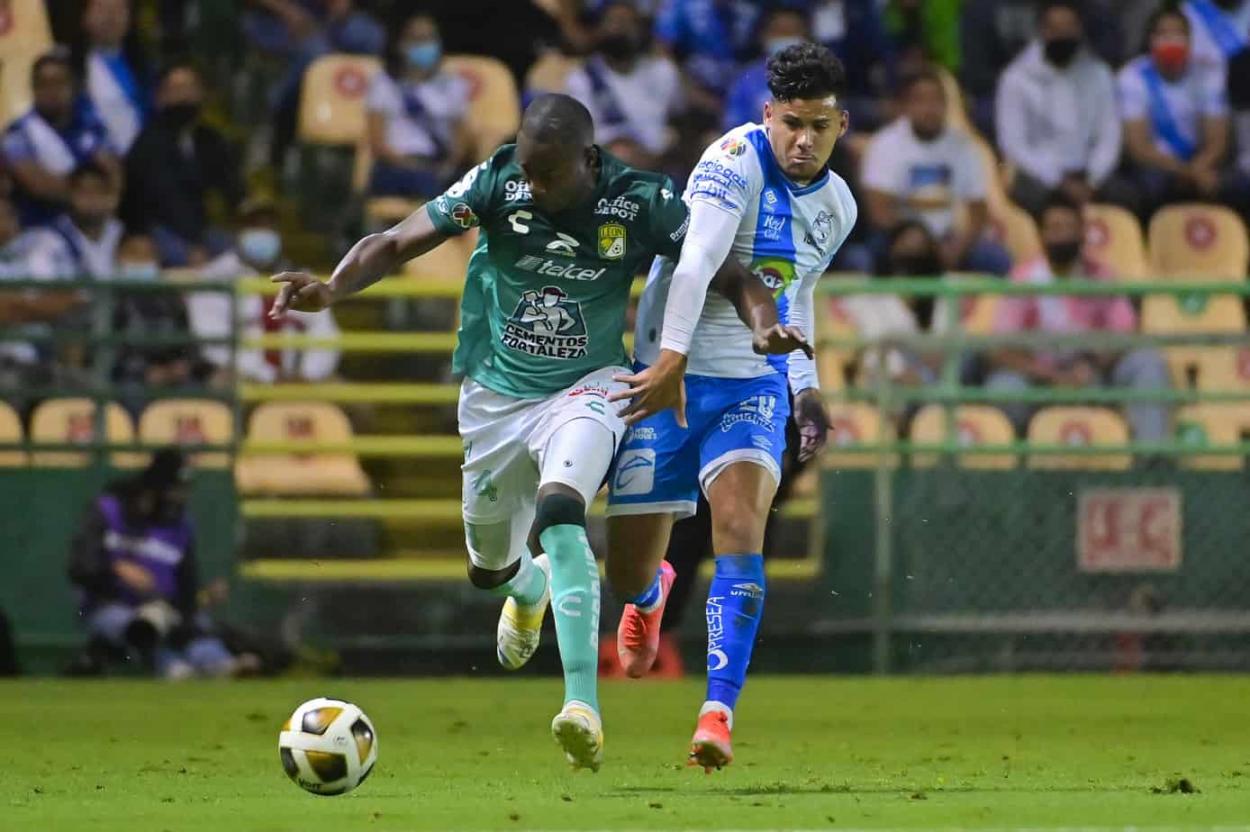 América arrives after defeating Xolos by three goals to one, having good results on the field since Solari's departure from Coapa. 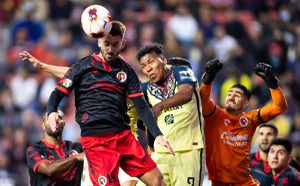 The América vs León match will be played at the Azteca Stadium, located in Mexico City. The stadium has a capacity for 87,523 people.
8:25 PMa month ago