It's over! Sevilla surprises Levante and beats Levante at home.
2:54 PMa month ago

Morales' cross, but Montiel ends up rejecting the ball.
2:49 PMa month ago

Goal, goal, goal for Levante! Soldado appeared inside the area and sent a lethal shot to score the second.
2:44 PMa month ago

Goal, goal, goal for Sevilla! Koundé gets up inside the box and with a precise header ends up extending the lead.
2:40 PMa month ago

Goalkeeper! Great save by Cárdenas, preventing Mir's shot from entering his goal.
2:36 PMa month ago

Close! Ocampos looked for the third with a lethal header, but the home keeper ended up keeping the ball out of his net.
2:33 PMa month ago

Changes in Seville. Papu Gómesz and En-Nesyri come on for Oliver and Rafa Mir.
2:32 PMa month ago

He missed it! Morales sends his shot wide of the goal and can't tie the match.
2:31 PMa month ago

Penalty for Levante! Acuña pulls Radoja inside the area and the referee awards a penalty.
2:27 PMa month ago

Change of Levante. Melero goes up and Bardhi comes in.
2:21 PMa month ago

Gómez's cross and Ocampos' shot, but he fails to connect properly.
2:17 PMa month ago

Sevilla changes. Jordán and Nava are replaced by Delaney and Montiel.
2:15 PMa month ago

Goalkeeper! Dangerous shot from Levante, but Bono dives correctly and prevents the equalizer from going in.
2:08 PMa month ago

Action resumes in the duel between Levante and Sevilla.
1:51 PMa month ago

Papu Gómez's shot, but the ball ends up going wide.
1:42 PMa month ago

Change of Levante. Postigo comes off for Duarte.
1:41 PMa month ago

Levante tries to get there, but Sevilla is well stopped at the back.
1:30 PMa month ago

Goal, goal, goal for Sevilla! Mexican Corona receives the ball from Ocampo, punches the ball past the goalkeeper.
1:25 PMa month ago

Goal, goal, goal for Levante! Morales shot from the penalty spot to tie the match.
1:23 PMa month ago

VAR! After reviewing the video refereeing, the referee signals a penalty for a handball by Sevilla in their area.
1:20 PMa month ago

Levante tied the match, but the referee signals a handball in favor of Sevilla.
1:18 PMa month ago

Goal, goal, goal for Sevilla! Great cross and Corona appears inside the box to send in a lethal header to open the scoring.
1:15 PMa month ago

Sevilla arrives with a lot of impetus, but fails to define correctly.
1:08 PMa month ago

The actions start at the Valencian stadium.
1:06 PMa month ago

Both teams are already on the field and warming up before the match kicks off, which is about to begin.
12:49 PMa month ago

Levante is already at home, tonight they will be looking for the arduous task of beating Sevilla in the final stretch of the tournament.
12:49 PMa month ago

With Julen Lopetegui at the helm, Sevilla arrives at the Valencian stadium, tonight they will be looking for three points from three. 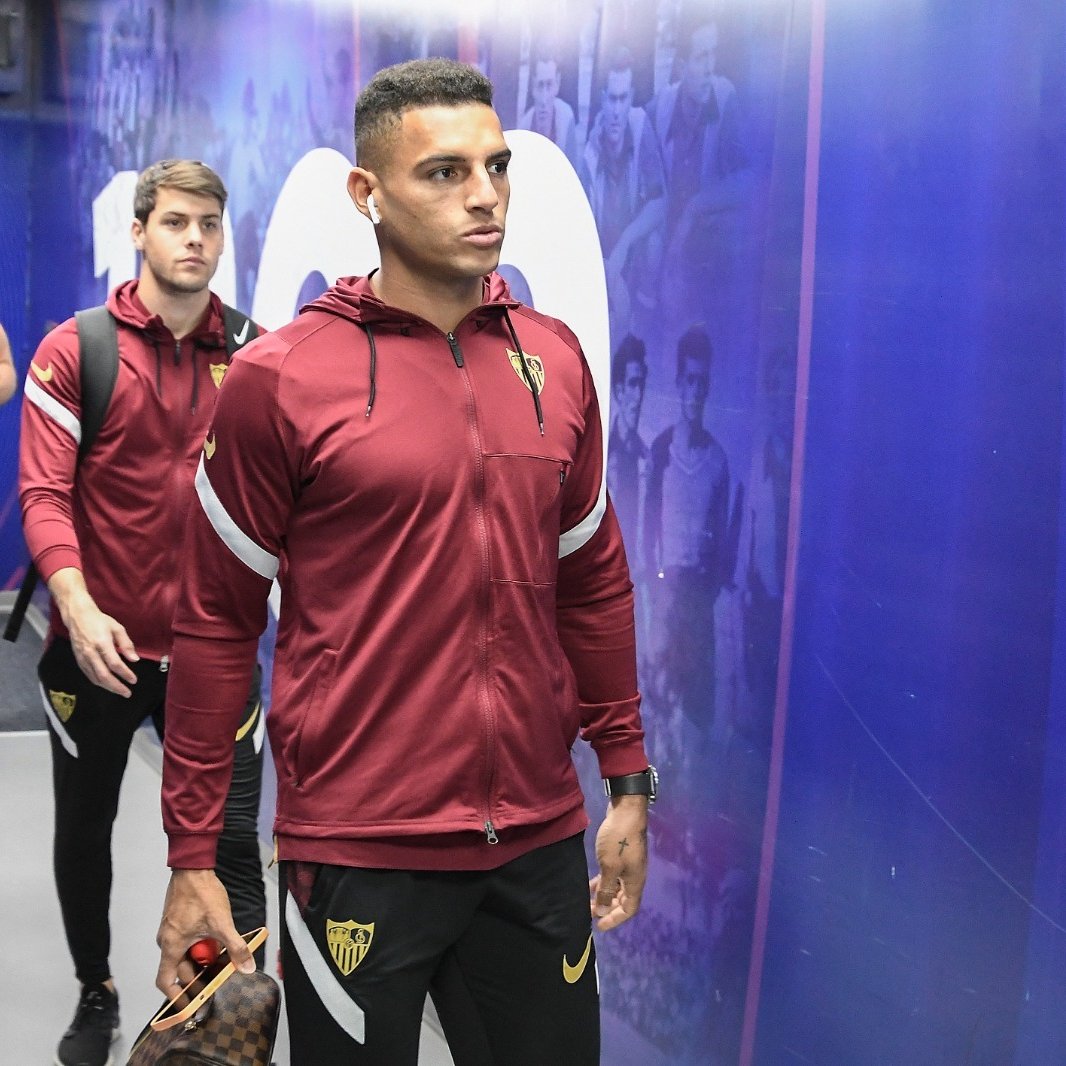 Martial will be out of action today, the striker was injured after a foul by Camavinga.
12:33 PMa month ago

To stay the course

Levante has won four consecutive home games and is looking for more victories at home.
12:28 PMa month ago

Levante has only played four matches on Thursday, and has only lost one of them.
12:23 PMa month ago

Right off the bat!

Mexico's Jesús Corona will start for Sevilla in the starting lineup, an important match for his team, which will be looking for three points.
12:18 PMa month ago

There are seven games in which Levante has not managed to win against Sevilla, six of these have ended in defeat, and if they lose this game, they would equal the longest winless streak.
12:13 PMa month ago

We are back to bring you the minute-by-minute coverage of the match between Levante and Sevilla. We will shortly share with you the confirmed lineups, as well as the most relevant information about each team.
12:08 PMa month ago

In a few moments we will share with you the starting lineups for Levante vs Sevilla live, as well as the latest information from the Estadio Ciudad de Valencia. Keep an eye on the action with VAVEL's minute-by-minute live online coverage of the match.
12:03 PMa month ago

How to watch Levante vs Sevilla Live Stream on TV and Online?

If you want to watch the game Levante vs Sevilla live on TV, your options is: ESPN+.

Julen Lopetegui spoke ahead of the match against Levante: "They have a very positive dynamic. They have found a very balanced way of competing and playing and apart from good results they are playing good matches. We always felt they have good players and the stage will be very hot. The teams that were hopeless two months ago are now more dangerous. It's a definitive duel for them and for us and that's how we're going to face it."

"We have had problems in some positions. Martial is clearly out. Anthony has a muscle injury, he was starting to be the player we all thought he was going to be. He didn't have continuity. He's going to have to stop again, we'll see how long. With some other players we will have to wait until tomorrow before we can make final decisions."

"He has earned his renewal since he arrived. First by assuming the role of a substitute who aspires not to be one, working quietly. And then by taking advantage and consolidating his ownership."

"All teams play finals already, they kill and die for a goal. We are also in that dynamic and we have a lot of illusion to achieve a fantastic goal."

"But in the end you have to be behind the feelings of the player. It has been a difficult campaign, different. A facet that escapes us coaches, but we'll see what has happened with the club."

"I will wait to have a more focused opinion when all the players speak, you have to listen to everyone. I believe that the managers of entities must be exemplary and ethical, but my current rage is Levante."

"The mental aspect is very important. May the opportunity appear, may he take advantage of it and have a good end of the season for him and for the team. Hopefully.

Sevilla comes into this match after losing to Real Madrid three goals to two, however it is located in fourth position in LaLiga so it will seek to continue climbing positions.
11:38 AMa month ago

Levante comes to this duel after beating Granada 4 goals to 1, however they are in the penultimate position in the general table, so they will be looking for three points in this match. 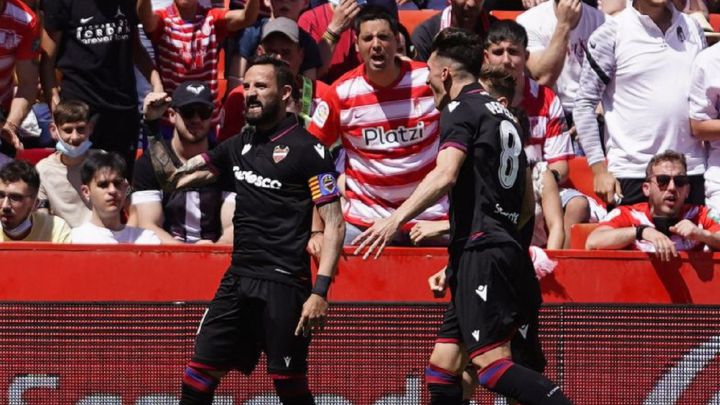 The match will be played at the Ciudad de Valencia Stadium.

The match of Levante vs Sevilla will be played at the Estadio Ciudad de Valencia, located in Valencia, Spain. The stadium has a capacity for 26,354 people.
11:28 AMa month ago

Welcome to VAVEL.com’s coverage of the 2022 LaLiga match: Levante vs Sevilla Live Updates!