Thank you for following the minute-by-minute coverage of Norwich vs Newcastle United on VAVEL. Keep visiting the VAVEL site to keep up to date with the world of sports.
10:51 AM9 months ago

The match ends at Carrow Road, Norwich fall by a landslide against Newcastle United and sentence their arrival in the Championship for next season.

ANOTHER WIN FOR THE MAGPIES! 🔥 pic.twitter.com/P5jPOcCSlW

Attempt saved. Joseph Willock (Newcastle United) right footed shot from the left side of the box is saved in the bottom left corner. Assisted by Miguel Almirón.
10:35 AM9 months ago

Substitution, Newcastle United. Miguel Almirón replaces Joelinton because of an injury.
10:26 AM9 months ago

Attempt missed. Teemu Pukki (Norwich City) right footed shot from the right side of the box is close, but misses to the left. Assisted by Jonathan Rowe with a through ball.
10:22 AM9 months ago

Offside, Norwich City. Kieran Dowell tries a through ball, but Teemu Pukki is caught offside.
10:18 AM9 months ago

Attempt saved. Joelinton (Newcastle United) right footed shot from outside the box is saved in the bottom right corner. Assisted by Allan Saint-Maximin.
10:16 AM9 months ago

Attempt saved. Kieran Dowell (Norwich City) left footed shot from outside the box is saved in the top right corner.
10:08 AM9 months ago

Grant Hanley (Norwich City) wins a free kick in the defensive half.
9:43 AM9 months ago

Attempt missed. Allan Saint-Maximin (Newcastle United) header from a difficult angle on the left is close, but misses to the right. Assisted by Jacob Murphy with a cross following a corner.
9:26 AM9 months ago

Attempt missed. Jacob Murphy (Newcastle United) right footed shot from the right side of the box.
9:20 AM9 months ago

Attempt missed. Kieran Dowell (Norwich City) right footed shot from the centre of the box is too high. Assisted by Teemu Pukki following a fast break.
9:11 AM9 months ago

Attempt missed. Jacob Murphy (Newcastle United) right footed shot from the right side of the box.
9:08 AM9 months ago

Temuu Pukki tries a shot from long distance but the ball goes wide.
9:01 AM9 months ago

The match kicks off from Carrow Road, Norwich welcomes Newcastle United in another Premier League matchday.
8:46 AM9 months ago

In a couple of minutes we will start with the broadcast of Norwich vs Newcastle; duel corresponding to the 34th round of the Premier League.
8:41 AM9 months ago

WILL WEIGH THE CARROW ROAD

All five of Norwich's wins over Newcastle United have come at home, meaning that Carrow Road has weighed in every time they face Newcastle. In today's context, it will be necessary to use the same formula again if they are to have any chance of staying in the Premier League.
8:37 AM9 months ago

THERE IS HOPE FOR NORWICH

Norwich are unbeaten against Newcastle in their last 4 Premier League games, with 2 wins and 2 draws, so today they could extend that run to 5 games without defeat against Newcastle.
8:31 AM9 months ago 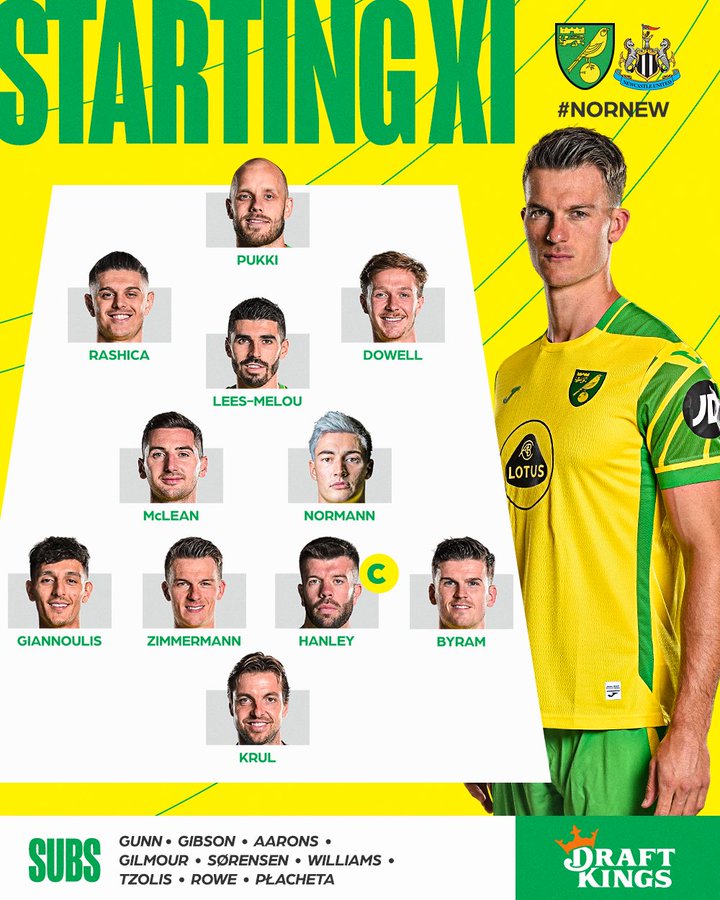 This is the starting eleven that Newcastle United is sending to the field to get three more points in this 34th Premier League matchday. 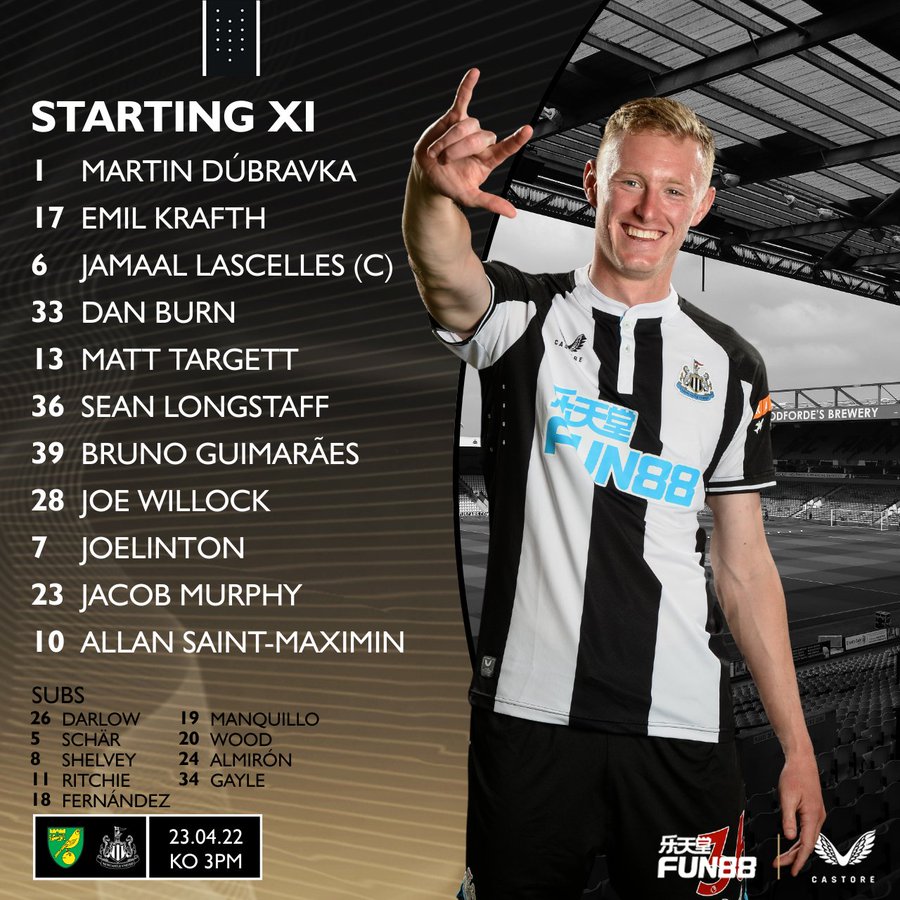 HOW DID NEWCASTLE FARE IN MIDWEEK?

Newcastle United faced Crystal Palace in midweek last Wednesday, the locals came out with the victory by the minimum on the scoreboard and with it they managed to climb many positions, now they will seek to continue with the good pace to reach 9th place overall.
8:12 AM9 months ago

Newcastle United started the season very badly to such an extent that at one point they reached the last place in the general table, however, with some reinforcements in the winter market and great team work, they turned their reality around and today they are in 11th place in the general table and with the possibility of moving up to ninth place if they win today.
8:07 AM9 months ago

WHO WOULD GO TO THE CHAMPIONSHIP?

So far the teams that would leave the Premeir League for the 2022-23 season are:
Burnley, Watford and Norwich
These three teams occupy the 18th, 19th and 20th places respectively, however, Burnley is the most hopeful to be saved as it is only 1 point behind Everton and in case of overtaking them, they would be saved from relegation.
8:01 AM9 months ago

The wait is over, the Norwich team will host Newcastle United in what will be the 34th round of the Premier League, the end of the season is near and it is almost a fact that Norwich is playing its last matches as a first division team in England.
3:14 PM9 months ago

Do not miss a detail of the match with the live updates and commentaries of VAVEL. Follow along with us all the details, commentaries, analysis and lineups for this Norwich vs Newcastle match.
3:09 PM9 months ago

What time is Norwich vs Newcastle match for Premier League?

This is the start time of the game Norwich vs Newcastle of 23th April in several countries:

Teemu Pukki is a Finnish footballer who plays as a striker for Norwich City and the Finnish national soccer team. He made his international debut for Finland in 2009 and has played 99 international matches, scoring 33 goals. He is his country's all-time leading scorer, recently surpassing Jari Litmanen. Pukki scored ten goals in ten games in the qualifying stage for Euro 2020, helping his team reach its first international tournament. 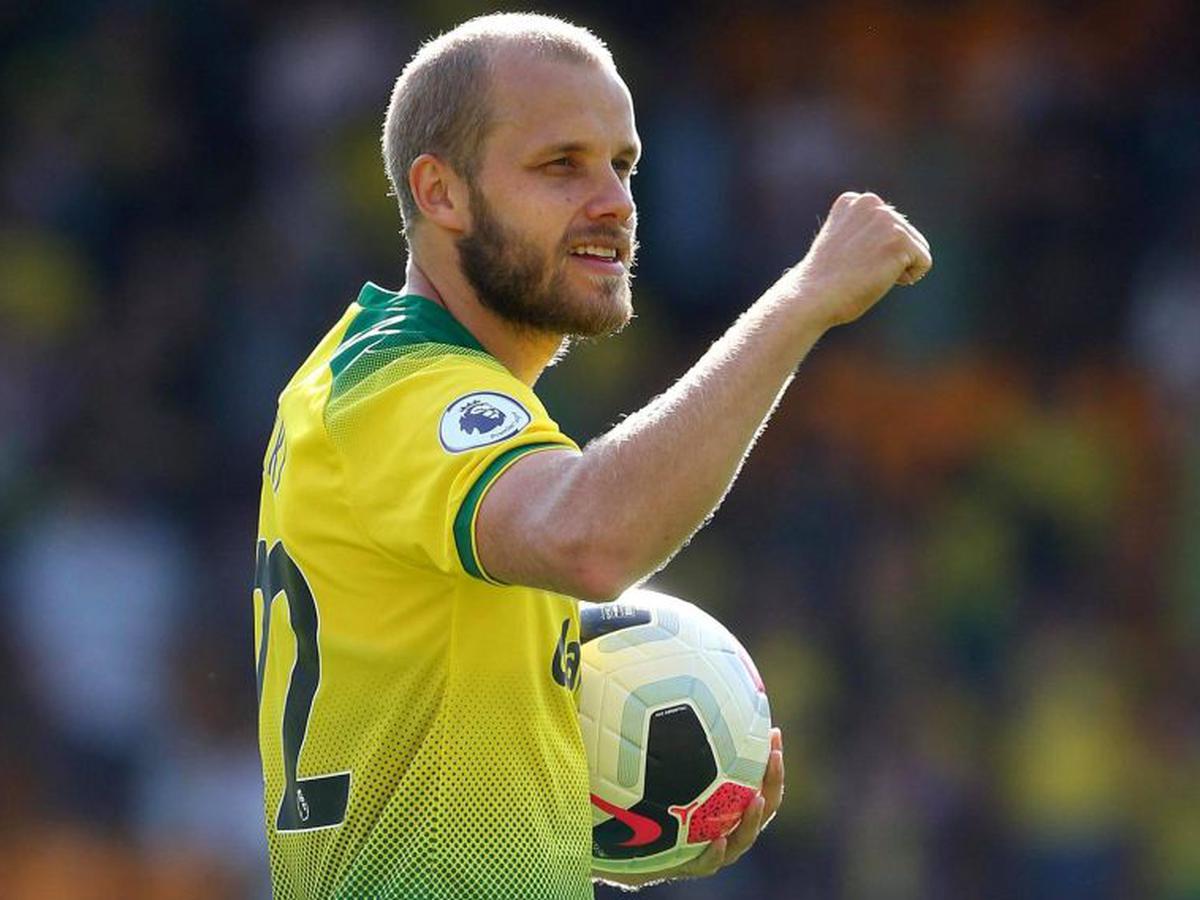 Watch out for this Newcastle player:

Callum Wilson is an English player who plays as a striker and has shown a good level and has contributed to the team's offense so far this season. He is a striker with a great ability, with characteristics of a classic 9, who goes well through the air, more of an area striker, who holds the ball and knows how to generate goal options and define them. 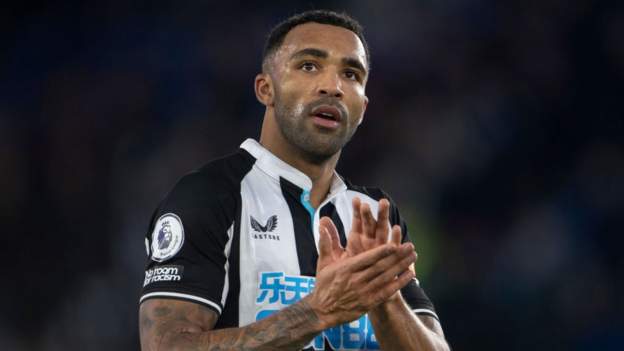 Newcastle and Norwich have met on a total of 60 occasions (25 wins for Newcastle, 18 draws and 17 wins for Norwich) where the balance is entirely in favor of the home side. In terms of goals, Newcastle is slightly better with 97 goals scored while Norwich has 73 goals scored. Their last meeting dates back to matchday 14 of the 2021-22 season where both teams drew by the minimum.
2:39 PM9 months ago

Carrow Road is a soccer stadium located in Norwich, England, and is home to Norwich City Football Club. Carrow Road, named after the avenue on which it is located, was built by Norwich City in 1935. Construction took only 82 days. Prior to the construction of this stadium the club played at Newmarket Road and later played at The Nest.

Norwich City played at Newmarket Road from 1902 to 1908, where the record attendance was 10,366 fans, in a game against Sheffield Wednesday in the second round of the FA Cup in 1908. Following disputes over the rent at Newmarket Road, the club moved to "The Nest" in 1908. At this new venue there were problems with the capacity and safety of the stadium, so the club began looking for an alternative venue in 1926. On May 15, 1935 the Football Association wrote a letter to the club stating that The Nest was no longer suitable to hold large crowds.

Within weeks of the start of the season, the FA banned the use of The Nest, so the club, on 1 June 1935 acquired a 20-year lease of the Boulton Paul Sports Ground, Carrow Road, from its owner J & J Colman.

The end is near

On the other side of the coin, Norwich is living its last days as a Premier League team as the end of the season is slowly approaching and with it the little chance to overcome the adversity in which the team is immersed. Currently, they have 21 units that have been the product of 5 wins, 6 draws and 21 defeats throughout the season, likewise, in the statistics they have 22 goals for and 66 against, leaving them with a difference of -44.
2:29 PM9 months ago

At the beginning of the campaign, most people put Newcastle in the EFL Championship as they could not get out of the relegation places and at some point, they were placed at the last place overall, however, starting the second half of the season, Newcastle managed to overcome the adversities and managed to get out of the bottom of the general to the mid-table zone, avoiding relegation and staying in the Premier League. They are currently 11th in the overall table with 40 points from 1 win, 10 draws and 13 defeats.
2:24 PM9 months ago

Norwich will host Newcastle United in what will be the 34th of 38 Premier League matchdays, both teams will be looking for a win but from different contexts because with 4 games left to finish the season, everything seems to indicate that Newcastle will remain in the Premier League for another year, while Norwich, being in last place overall, will return to the Football League Championship as they are 9 points away from 17th place and 6 from 18th, so the hopes are almost over for the locals.
2:19 PM9 months ago

The Norwich vs Newcastle match will be played at Carrow Road, in Norwich, England. The kick-off is scheduled at 10:00 am ET.
2:14 PM9 months ago

Welcome to VAVEL.com’s LIVE coverage of the 2022 Premier League: Newcastle vs Crystal Palace!