NOR1
END19 hours ago

THANK YOU FOR FOLLOWING THE BROADCAST ON VAVEL

Thank you for following our coverage of Swansea City vs Bournemouth, match corresponding to the rescheduled match day 34 of the Championship.
4:47 PM20 days ago

Match ends from Wales, Swansea City draws with Bournemouth 3-3 in a thrilling game
4:36 PM20 days ago

IT'S TIEDOOOOO! GOOOOOOOL BY MOORE TO TIE THE GAME! WHAT A COMEBACK!
4:28 PM20 days ago

GOOOOOOOOOOL! Solanke makes it 3-2 from the penalty spot and Bournemouth is back in the match.
4:20 PM20 days ago

BOURNEMOUTH GOOOOOOAL! MOORE SCORES THE GOAL AND THEY WILL TRY TO GO FOR AN EQUALIZER.
4:05 PM20 days ago

IT'S ALREADY A CLEAN SWEEP! Christie scores Swansea City's third goal as they continue to thrash Bournemouth
3:56 PM20 days ago

Admonishment! Christie is cautioned after committing a hard foul on Solanke.
3:36 PM20 days ago

First half ends in Wales, Swansea City leads 2-0 against the overall runners-up
3:30 PM20 days ago

Close to the third! Piroe made an incredible play but his shot crashed into the goalkeeper.
3:15 PM20 days ago

THE THIRD CAME CLOSE! Piroe headed the ball over the crossbar.
3:00 PM20 days ago

GOOOOOOOOOOOL BY PIROE! The cracker appears again inside the box and scores the second of the day.
2:54 PM20 days ago

GOOOOOOOOOOOOL for Swanse City! Piroe pops up again and sends the ball into the back of the net.
2:50 PM20 days ago

Swansea City close! Piroe pops up from outside the box and sends a shot wide.
2:47 PM20 days ago

The match kicks off from the Liberty Stadium, Swansea City faces Bournemouth in Wales.
2:29 PM20 days ago

In a couple of moments we will start with the rebroadcast of Swansea City vs Bournemouth, match corresponding to the rescheduled match of the 34th matchday of the Championship.
2:27 PM20 days ago

WHAT WILL HAPPEN TO WHOEVER GETS THE THREE POINTS?

If Swansea City gets the three points today, they would climb to the 12th position in the general table, on the other hand, if Bournemouth gets 3 points, they would not climb positions but they would move further away from the third place, increasing their advantage to 5 points away.
2:24 PM20 days ago

This is the starting eleven that Bournemouth will send to the Liberty Stadium to keep on winning and try to secure the Championship runner-up position. 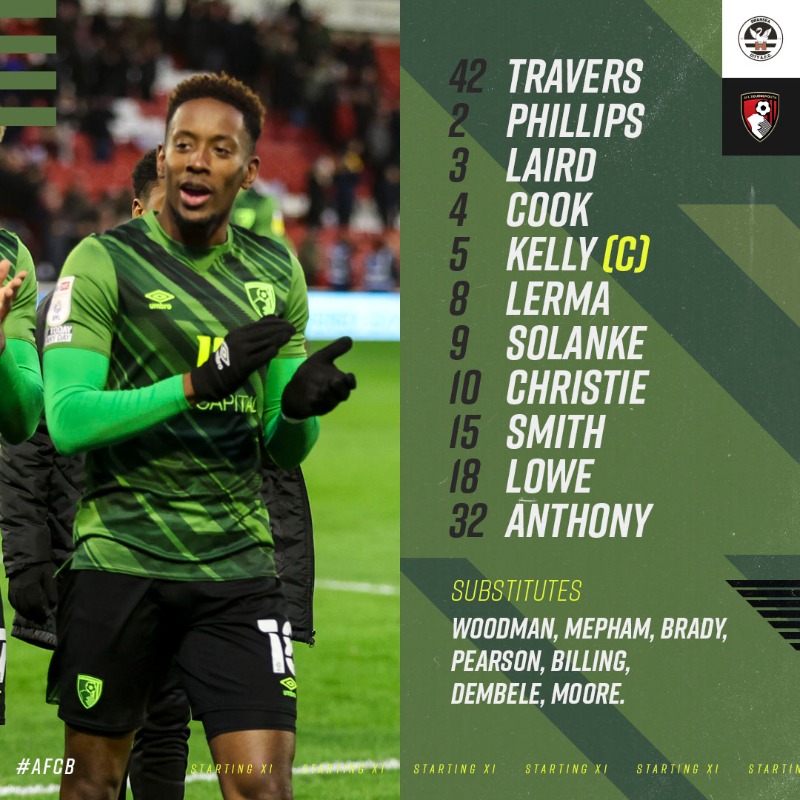 Fulham is currently reigning at the top of the Championship with 87 points, 11 points ahead of Bournemouth, with two rounds to play and two games left for both clubs, everything seems to indicate that Fulham is already within reach of sealing one more title in its history.
2:07 PM20 days ago

This is Swansea City's starting eleven to get the three points at the Liberty Stadium.

Here's how the #Swans line up for this evening's match 🆚 AFC Bournemouth.

WHEN DOES THE SEASON END IN THE CHAMPIONSHIP?

The Championship is made up of 46 rounds due to the large number of teams it contains, the last round will be played on May 7 at the same time for all teams at 6:30 am CDMX. On match day 46 Swansea will face QPR and Bournemouth will face Millwall.
1:55 PM20 days ago

TO SEPARATE THEMSELVES FROM THE THIRD PLACE

This will be a great opportunity for Bournemouth to further separate themselves from their chasing Huddersfield who are behind them by 2 points. If they get the win today they would be 5 points clear of them and more likely to clinch their ticket to the Premier League.
1:52 PM20 days ago

WHO ADVANCES FROM THE CHAMPIONSHIP TO THE PREMIER LEAGUE?

There are two ways to move up to the Premier League in the Championship, the first is by finishing the season between 1st and 2nd place in the standings, as the teams that occupy those places will have a direct ticket to the top division in England. The other opportunity will be in a play-off between 3rd, 4th, 5th and 6th place, the winner of that series will get the last direct pass to the Premeir League.
1:47 PM20 days ago

The wait is over, there is action in the EFL Championship between Swansea City and Bournemouth for the rescheduled match of the 34th match day, both teams are playing for three important points and more for the visitors who will be looking to secure their qualification to the Premier League for the 2022-23 season.
7:31 PM20 days ago

Do not miss a detail of the match with the live updates and commentaries of VAVEL. Follow along with us all the details, commentaries, analysis and lineups for this Swansea City vs Bournemouth match.
7:26 PM20 days ago

What time is Swansea City vs Bournemouth match for Football League Championship?

This is the start time of the game Swansea City vs Bournemouth of 26th April in several countries:

Watch out for this Bournemouth player:

He is one of the pillar players in Bournemouth's midfield, Jaidon Anthony will be the player to follow throughout these 90 minutes due to his great importance in the team's offensive tactics and the great ability he has to face defenders one-on-one, where he has been able to do damage throughout the season. 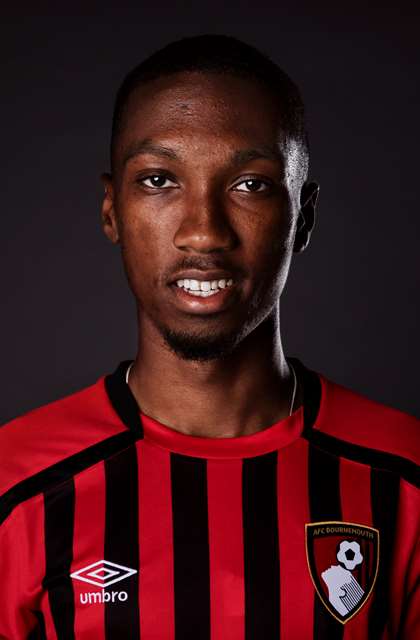 Watch out for this Swansea City player:

The player to follow for that match will be Joël Piroe, the sometimes attacking midfielder or center forward is one of the key pieces for Swansea City's attack, likewise, he has become a dangerous element inside the small area for the rivals as it is only worth watching the last match where with a double he gave the win to his team.

Swansea City and Bournemouth have met 22 times (6 wins for Swansea, 5 draws and 11 wins for Bournemouth) with the scales tipping in favor of the away side. In terms of goals scored, it is Bournemouth who have the advantage with 36 goals to Swansea City's 23 goals. Their last meeting dates back to matchday 17 of the Championship where Bournemouth won 4-0 at home and in front of their own fans.
6:56 PM20 days ago

Liberty Stadium is a soccer and rugby union stadium in Swansea, Wales. The property has a capacity of 20 532 spectators and is the third largest stadium in Wales after the Millennium Stadium and Cardiff City Stadium. It is home to Swansea City in the second division of English soccer (the EFL Championship) and Ospreys Rugby in the Pro12.

It also has appearances in FIFA, The stadium appeared due to the inclusion of all the stadiums of the Premier League teams in England (although geographically the stadium is located in Wales). Like St Mary's Stadium, Britannia Stadium and Selhurst Park, they debuted in FIFA 15.

Meanwhile, Bournemouth is having a fantastic season in the Championship, being second in the overall table and with the ticket to the Premier League almost assured, will seek to win this match to be one step closer to their goal set at the beginning of this season. Currently, the overall runner-up has 77 points obtained after 41 games played where they have 22 wins, 11 draws and 8 defeats, also, they have 65 goals for and 30 goals against, a situation that leaves them with a +30 goal difference. Being only one matchday away from the end of the season, it is vital for them to get this win to get closer to the desired goal and not let any points go.
6:46 PM20 days ago

For a worthy end to the campaign

Swansea will be looking to close the campaign in the best possible way as their chances to be promoted have expired, now, Swansea will only play their games to have a good end of the campaign as they are currently in mid-table positions and the best result for them is to climb 2 or 3 positions in the overall standings. As of today, Swansea has 59 points from 42 games played where they have achieved 16 wins, 11 draws and 15 defeats, placing them in 13th place overall, also, in the statistics they have 53 goals for and 58 goals against, a situation that leaves them with a difference of -5 goals in favor.
6:41 PM20 days ago

The season is coming to an end

The Championship is about to come to an end after a great road traveled by the teams throughout the season, little by little the hopes of returning to the Premier League are beginning to revive for some and for others there is nothing left but to accept the reality of remaining in the relegation places of the Championship and continue fighting for that qualifying position someday. Precisely, this is the context that surrounds both teams as Swansea is in the mid-table zone and with 0 chances to fight for a place in the Premier League, while Bournemouth will have assured a ticket to go to the Premier League.
6:36 PM20 days ago

The Swansea City vs Bournemouth match will be played at the Liberty Stadium, in Swansea, Wales. The kick-off is scheduled at 14:45 pm ET.
6:31 PM20 days ago