Thank you for following Watford 1-2 Burnley

Keep discovering everything we have to offer

The match ends with a comeback by Burnley

The visit wins it and dreams of permanence

Brownhill scores the second to turn the score around

Cork scores and the match is tied

The game enters its final stretch and Watford are dreaming of avoiding relegation with this victory
11:33 AM2 months ago

Burnley fail to tie the game and desperation begins to set in for their players
11:26 AM2 months ago

The visitors already have control of the game but cannot tie the game
11:17 AM2 months ago

The visitors are making changes in search of an equalizing goal.
11:13 AM2 months ago

Burnley begins to have space on offense
11:11 AM2 months ago

The same pace as at the end of the first half is maintained
11:10 AM2 months ago

First half ends, Watford win by the narrowest of margins and look to get back in the fight to avoid relegation
10:46 AM2 months ago

Last 5 minutes of the first half and it seems that the score will remain unchanged.
10:35 AM2 months ago

Minutes tick by and the match remains in a tense stalemate at Watford's home
10:31 AM2 months ago

Burnley try but Watford are the clearer side when attacking
10:29 AM2 months ago

The VAR removes the penalty and it will remain a foul outside the area for the visitors.
10:28 AM2 months ago

Penalty is awarded to Burnley
10:21 AM2 months ago

Chances on both sides and the game opens up as both teams look for
10:17 AM2 months ago

The visitors are looking for a draw as this defeat is very hard for their aspirations to avoid relegation.
10:13 AM2 months ago

Watford controls the game with little reaction from the visitors
10:10 AM2 months ago

In the end, Tarkowski's own goal was scored because the ball hit the post and contacted him before going in.
10:09 AM2 months ago

First minutes of the game and the intensity with which the ball is disputed, a fundamental game in the relegation.
10:02 AM2 months ago

Watford host Burnley as the match kicks off
9:46 AM2 months ago

Burnley starts with these players

📋 Our XI in Watford this afternoon 🔥

Watford presents its XI for the match

Here's how the Hornets line up for this afternoon's clash with the Clarets.#WATBUR pic.twitter.com/APU6kGWLJS

Mohamed Salah is the leading scorer of the championship with 22 goals scored, followed by Korea's Heung-min Son with 17 goals and Cristiano Ronaldo with 16 in third place.
9:32 AM2 months ago

Newcastle vs Liverpool, Aston Villa vs Norwich City, Wolverhampton vs Brighton, Southampton vs Crystal Palace, Watford vs Burnley, Leeds United vs Manchester City, Everton vs Chelsea, Tottenham vs Leicester, West Ham vs Arsenal, Manchester United vs Brentford.
9:27 AM2 months ago

Vicarage Road is the stadium where the match will take place, located in the city of Watford was built in 1922 and has the capacity for 22,220 spectators.
9:22 AM2 months ago

Veteran Ben Foster continues to perform well and that is why Roy Hodgson has relied on him, while the visitors have a wall in Nick Pope and he has made it to the Southgate squad as an option.
9:17 AM2 months ago

Assists are not the section where the visitors stand out the most as Brownhill, Westwood and Weghorst have managed only 3.
For Watford, Dennis again stood out with 6, followed by Kiko Femenía with 5.
9:12 AM2 months ago

Top scorers of each team

Emmanuel Dennis is the top scorer for the home side with 10 goals on the season, while for Burnley it is Maxwel Cornet who has 7 goals in the championship.
9:07 AM2 months ago

Do not miss a detail of the match with the live updates and commentaries of VAVEL. Follow along with us all the details, commentaries, analysis and lineups for this Watford vs Burnley  match in Premier League 2022.

What time is Watford vs Burnley match for Premier League?

This is the start time of the game Watford vs Burnley of 30th April in several countries:

Watch out for this Burnley player

Burnley has been identified throughout their time in the Premier League as a practical team, not very surprising but that seeks to sustain games through their defense.
The great leader of that defense is James Tarkowski and that is why he is rated as the best of the team along with Nathan Collins, so it will be essential that he has a great game to keep the 0 in his goal. 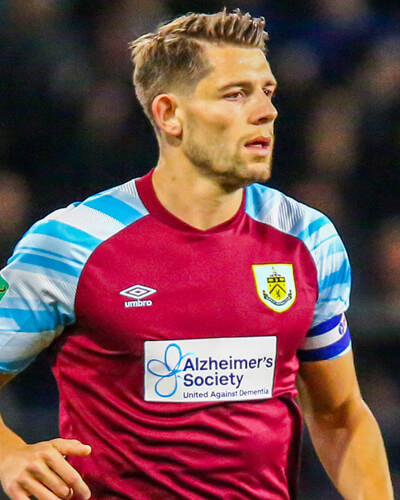 Watch out for this Watford player

Emmanuel Dennis should take advantage in this match to continue to show why he is his team's leading scorer with 10 goals on the season, doubling the amount of his teammate Cucho Hernandez.
Dennis has also got 6 assists so much of Watford's offense depends on what he may or may not do in the match.
8:47 AM2 months ago

Last matchdays of the Premier League and everything is still open

The 35th day of 38 in the first division of England is being played and in different areas of the table the teams have a lot at stake, as the top of the table will be a photo finish between Manchester City and Liverpool.
The Champions League zone seems to have Chelsea and Arsenal as guests, but Spurs are very close and Manchester United and West Ham are attentive.
The relegation is the other side as Norwich and Watford play their last cards and Everton and Burnley dispute the last place for salvation.
8:32 AM2 months ago

Burnley to reaffirm their good pace

Burnley wants to continue its history in the Premier League by saving itself from a relegation that 1 month ago seemed quite obvious, however after the sacking of Sean Dyche they have managed 3 wins, 1 draw and 1 defeat in the last 5 games.
The visiting squad in this match is in 17th position with 31 points thanks to 6 wins, 13 draws and 14 defeats. Burnley is the last place that is not relegated to the EFL Championship.
8:27 AM2 months ago

Watford, for one last chance

Watford is in 19th place in the Premier League with 22 points thanks to 6 wins, 4 draws and 23 defeats.
The Hornets have struggled defensively as they are the second highest scorers in the division, only ahead of bottom-placed Norwich. Watford have conceded 67 goals, only 2 less than the bottom side.
8:22 AM2 months ago

In a vital duel for both teams to avoid relegation, Watford, located in 19th position, receives the surprising Burnley, which revived with the change of coach and seems to want to stay in the highest category of English soccer.
8:17 AM2 months ago

Welcome to VAVEL.com’s LIVE coverage of the 2022 Premier League: Watford vs Burnley

Toronto FC vs Seattle Sounders preview: How to watch, team news, predicted lineups, kickoff time and ones to watch 4 hours ago
//