Thank you for following the EFL Championship game between Nottingham Forest and Swansea City.
11:59 AM17 days ago

Alex Mighten with the individual drive and takes the shot that, with the rebound, goes into the back of the net for 5-1.

Laryea comes on and Colback goes off, Nottingham Forest change.
11:42 AM17 days ago

Fulton comes on and Piroe goes off, Swansea change.
11:37 AM17 days ago

Long cross that Surridge manages to control to take the shot that goes into the back of the net and makes it 4-1 for the game.

Philip Zinckernagel's mid-range shot is saved by the goalkeeper.
11:22 AM17 days ago

Andrew Fisher made a great save on the goal line when it looked like the home side's fourth.
11:17 AM17 days ago

Paterson and Ntcham come on

Surridge, in a great counter-attacking play, finishes past the keeper and into the corner to make it 3-1.

Surridge again anticipates a corner kick and it goes over the top of the goal.
11:02 AM17 days ago

Sam Surridge with the header inside the six-yard box from a corner to take a 2-1 lead.

Second half kicks off between Nottingham and Swansea.
10:52 AM17 days ago

Sam Surridge's cross-shot passes very close to the goal.
10:42 AM17 days ago

Djed Spence's shot from half distance goes high.
10:32 AM17 days ago

Joël Latibeaudière is cautioned for a bad foul.
10:27 AM17 days ago

Michael Obafemi makes the cut inside the box and smashes the ball past the keeper to make it 1-1.

The play was reviewed and Christie ended up sending the ball into his own goal, for which he received only a yellow card.

What a play. The mess was made in the Swansea box and defender Christie had to stop the ball with his hand, resulting in a penalty and a sending off from the game.
10:12 AM17 days ago

Cameron Congreve's attempt from outside the box goes just wide of the goal.
10:07 AM17 days ago

Brennan Johnson's weak shot into the goalkeeper's hands.
10:02 AM17 days ago

Garner's shot inside the box is crossed by a defensive leg to save his goal.
9:57 AM17 days ago

Incredibly on the line Swansea are saved when it looked like the first of the game.
9:52 AM17 days ago

A Nottingham player falls inside the opponent's penalty area, but no penalty is awarded.
9:47 AM17 days ago

The match between Nottingham Forest and Swansea City kicks off.
9:42 AM17 days ago

We are minutes away from the start of EFL Championship action between Nottingham Forest and Swansea City.
9:37 AM17 days ago

If Nottingham can pull out a win and combine it with a Bournemouth defeat, they will move up to second place, remembering that they will meet on Tuesday in a key clash for second place in the standings.
9:12 AM17 days ago

Meanwhile, the Ducks are also already in a building that is in perfect conditions, both in terms of field and weather, to host this commitment:

The home team has already arrived with the mission of achieving a fourth straight victory:

👋 How are we feeling ahead of this one, Reds?

Much room for improvement

Meanwhile, Swansea City will have a lot to improve for next season as they are in 14th place, although they have gone nine games without defeat, which has been of little use when they no longer had anything to fight for promotion.
8:57 AM17 days ago

Three wins in a row

Nottingham Forest is coming from three wins in a row, the last of them 1-0 at home to Fulham who are the overall leaders, so morale is sky high and they are depending on themselves to be able to go straight up to the Premier League.
8:52 AM17 days ago

Nottingham hold out hope of going up when they take on Swansea City and their run of goalscoring draws. We begin with VAVEL's coverage of the game.
8:47 AM17 days ago

Do not miss a detail of the match with the live updates and commentaries of VAVEL. Follow along with us all the details, commentaries, analysis and lineups for this Nottingham Forest vs Swansea City match for the EFL Championship 2022.
8:42 AM17 days ago

What time is Nottingham Forest vs Swansea City match for EFL Championship 2022?

This is the start time of the game Nottingham Forest vs Swansea City of April 30th in several countries:

Swansea have had the upper hand in the series in the last five meetings, winning three games to one draw and one defeat, although such a setback has already occurred this season.

While Joel Piroe has scored 22 goals in 43 appearances, it has been his recent performances that stand out as he has three braces in the last five games. 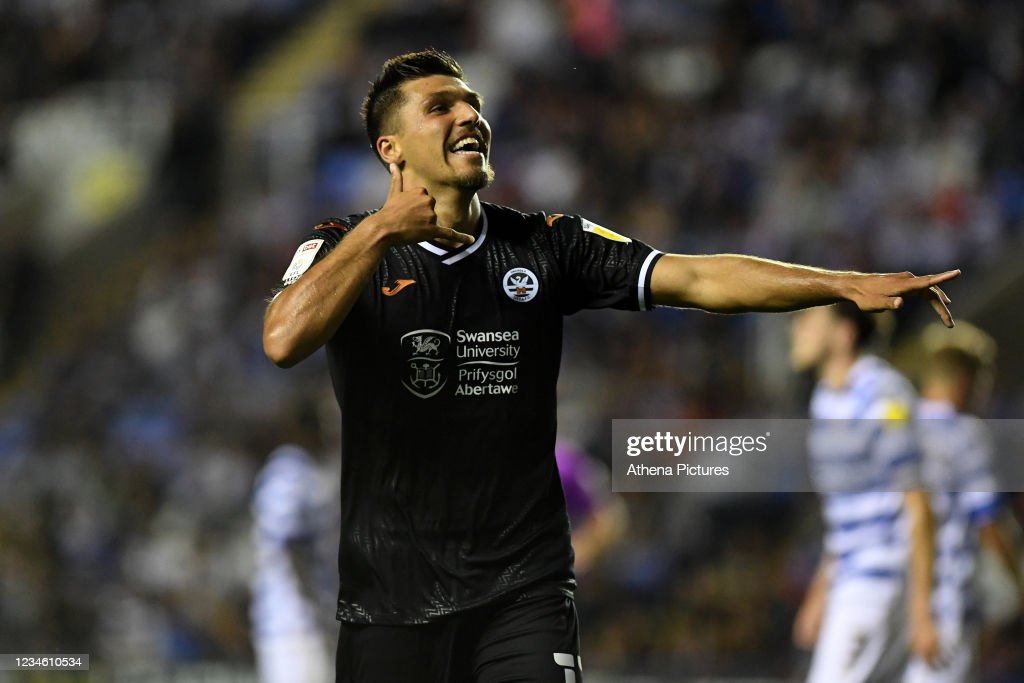 The player to follow is Brennan Johnson because he is the scorer of the team with 15 goals but he is also a great assists player and he has 10 assists in the season, that is, he has collaborated in 25 of the 67 goals of the campaign.
8:22 AM17 days ago

Swansea City have not had a good season and will be looking to put behind the empatitis they are having over the home stretch due to 4 draws, including a 4-4 draw against Reading away and a 3-3 home draw against Bournemouth.
8:07 AM17 days ago

Nottingham Forest: with the illusion of promotion

The emblematic Nottingham Forest has in its hands the possibility of moving up to the Premier League if it wins all its matches, remembering that it has a friendly against Bournemouth, second place in the standings, next Wednesday and that could make the difference if it moves up, goes to the playoffs or stays in second place.
8:02 AM17 days ago