Thanks for following this match on VAVEL USA. Until the next time!
4:39 PM18 days ago

Bologna was putting together a great play with a series of triangulations, but the home defense blocks every opportunity for a corner kick.
4:36 PM18 days ago

PELLEGRINI! He was going to score a great goal after a powerful first-time shot.
4:34 PM18 days ago

The referee adds five minutes to the match.
4:33 PM18 days ago

Eldor Shomurodov anticipated with a header, but the ball goes just wide of the right post.
4:31 PM18 days ago

ROMA IS SAVED! A diagonal cross from Bologna that Silvestri finishes alone in front of the goalkeeper, but Rui Patricio avoids the goal.
4:26 PM18 days ago

Bologna: Bonifazi and Soriano are out; Theate and Aebischer are in.
4:23 PM18 days ago

ABRAHAM! Cross shot from Roma's 9th shirt. He receives with his back turned and shoots first time, but the ball goes wide.
4:19 PM18 days ago

Bryan Cristante misses to the right side of the goal.
4:09 PM18 days ago

Skorupski! Great save by the visiting goalkeeper to prevent the first goal of the match after Zaniolo's header.
4:08 PM18 days ago

Bonifazi's cross is cut out by Bonifazi after a dangerous Roma cross from the right.
4:05 PM18 days ago

Bologna: Orsolini and Kasius are out; Silvestri and Barrow are in.
4:04 PM18 days ago

Roma: El Shaarawy, Carles Perez, Maitland-Niles and Felix are out; Tammy Abraham, Pellegrini, Zalewsky and Karsdorp are in.
4:00 PM18 days ago

Roma is saved! A low cross from Kasius is flicked on by Orsolini inside the box, but the ball goes over the crossbar.
3:26 PM18 days ago

PEREZ! Powerful left-footed shot from the Spaniard, but Skorupski makes a great save to deflect for a corner.
3:21 PM18 days ago

The half hour mark has passed and the match is still scoreless. The locals are slightly better.
3:15 PM18 days ago

Skorupski! The goalkeeper does not concede the rebound after a powerful shot by Carles Pérez.
3:08 PM18 days ago

Ball filtered to Arnautovic, who shot on the edge of the area, but the shot was not powerful and Rui Patricio kept the ball without any problem.
3:04 PM18 days ago

First quarter of the match. Bologna tries to reach the opponent's area and starts to find spaces.
2:57 PM18 days ago

Ten minutes into the match. The locals are more insistent going forward.
2:49 PM18 days ago

The referee does not award a penalty kick.
2:48 PM18 days ago

The VAR makes a silent review for a possible penalty in favor of Roma.
2:47 PM18 days ago

Minutes away from kickoff. The teams are already entering the dressing rooms. The match between Roma and Bologna is almost underway. Stay tuned to our coverage.
2:33 PM18 days ago 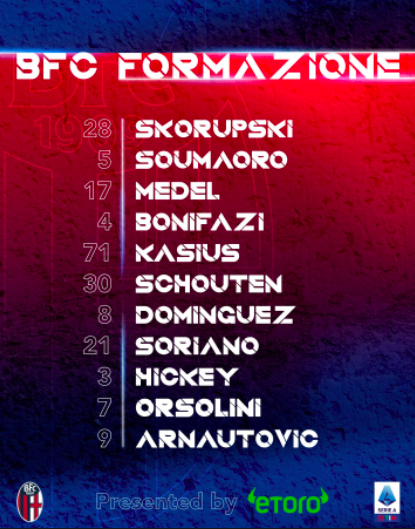 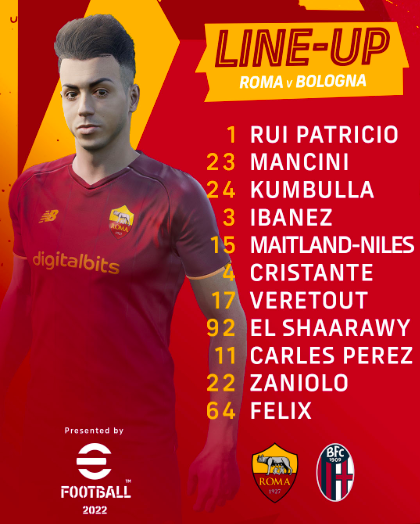 Both teams are already on the pitch at the Stadio Olimpico in Rome warming up for the match, which is just minutes away. 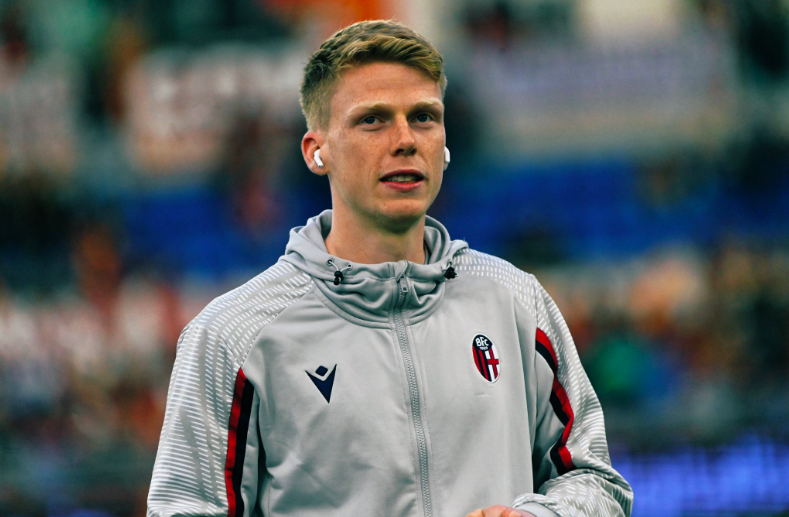 On the other hand, the team led by Mihajlovic will also have two absentees: Dijks and Michael, both due to injury.
2:13 PM18 days ago

Mourinho's team will have two absentees for this match: Mkhitaryan withdrew injured last time out against Leicester, while Oliveira will not be available due to yellow card accumulation.
2:11 PM18 days ago

Both Roma and Bologna players have already arrived at the Stadio Olimpico for this afternoon's match. 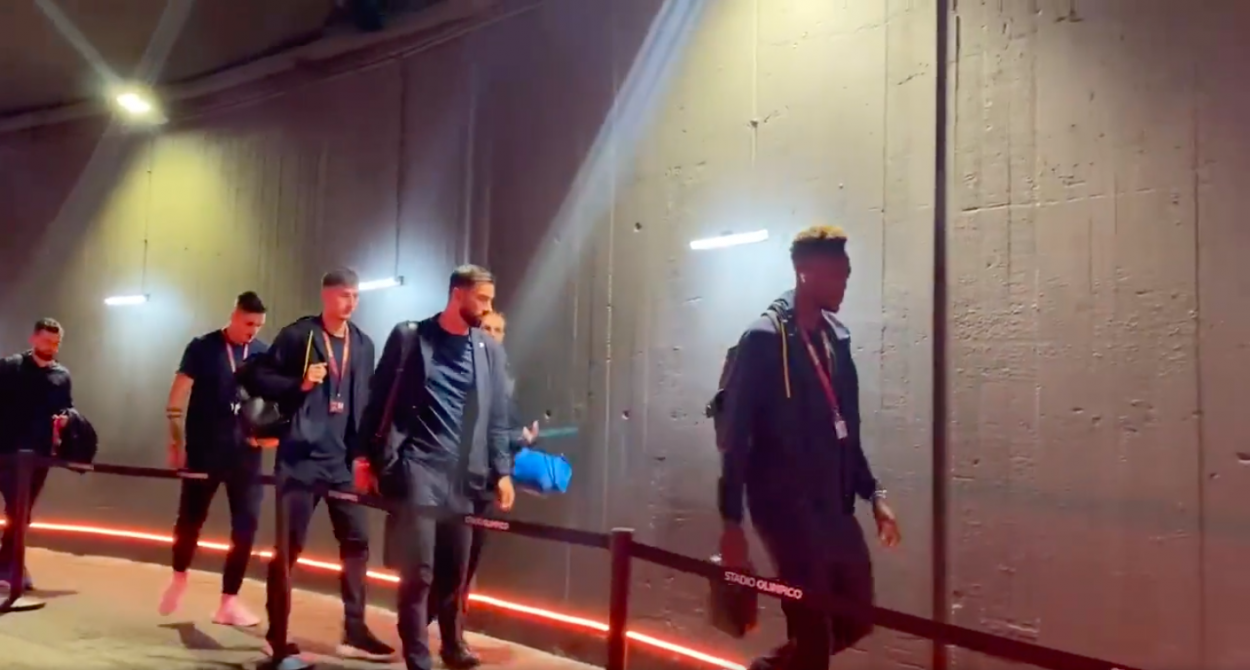 In the five most recent meetings between Roma and Bologna, no draws have been recorded, in fact, the scales are fairly even with three wins for Roma and two for Bologna. The most recent match ended in a 1-0 win for Bologna.
2:01 PM18 days ago

The Stadio Olimpico of Rome is a soccer stadium that hosts the home matches of the clubs of the Italian capital: Roma and Lazio. It is one of Italy's historic stadiums having hosted the 1960 Olympic Games and the World Cup Final in 1990. It has a capacity to host a little more than 72 thousand spectators. 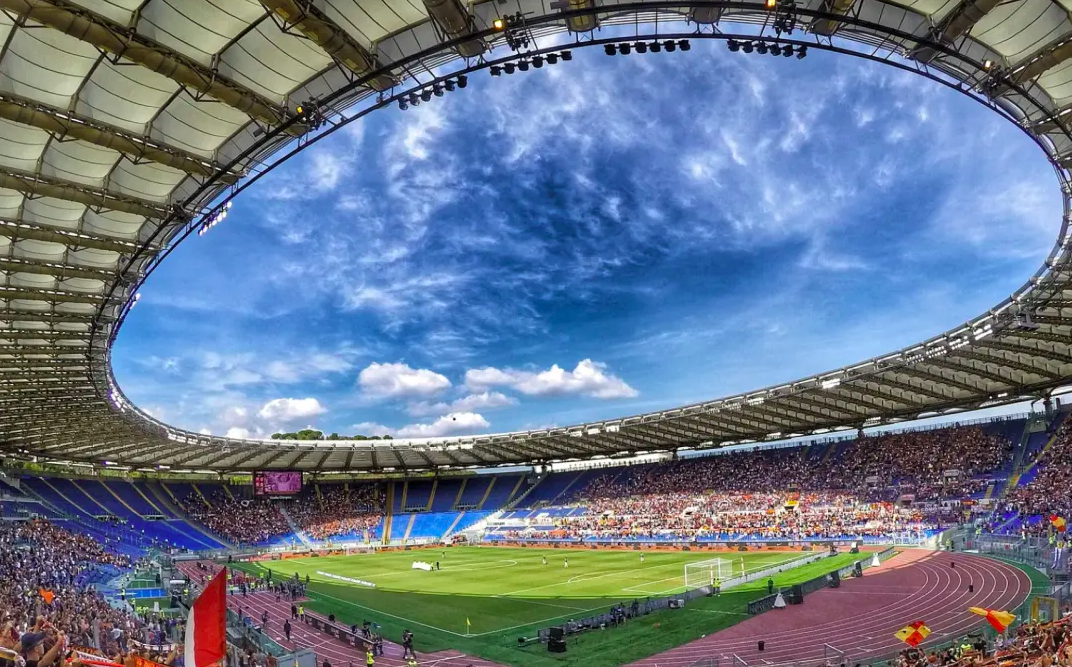 The final stretch of Serie A and we are less than an hour away from the match between Roma and Bologna at the Stadio Olimpico in Rome. Two teams that want to close the season in a good way. Mourinho's team does not want to leave the European competition zone, but will Bologna be able to ruin their plans? Follow our coverage on VAVEL USA.
1:51 PM18 days ago

Do not miss a detail of the match Roma - Bologna with the live updates and commentaries of VAVEL. Follow along with us all the details, commentaries, analysis and lineups for this match.
1:46 PM18 days ago

How to watch Roma - Bologna Live Stream on TV and Online?

If you want to watch the game Roma - Bologna live on TV, your options are: Paramount +

If you want to directly stream it: Paramount + App

Marko Arnautović | Austrian striker who with his experience brings a lot to Bologna's offensive line. He is the current top scorer of his team this season with 13 goals and, in the last match against Inter Milan, he scored a goal in the 28th minute. 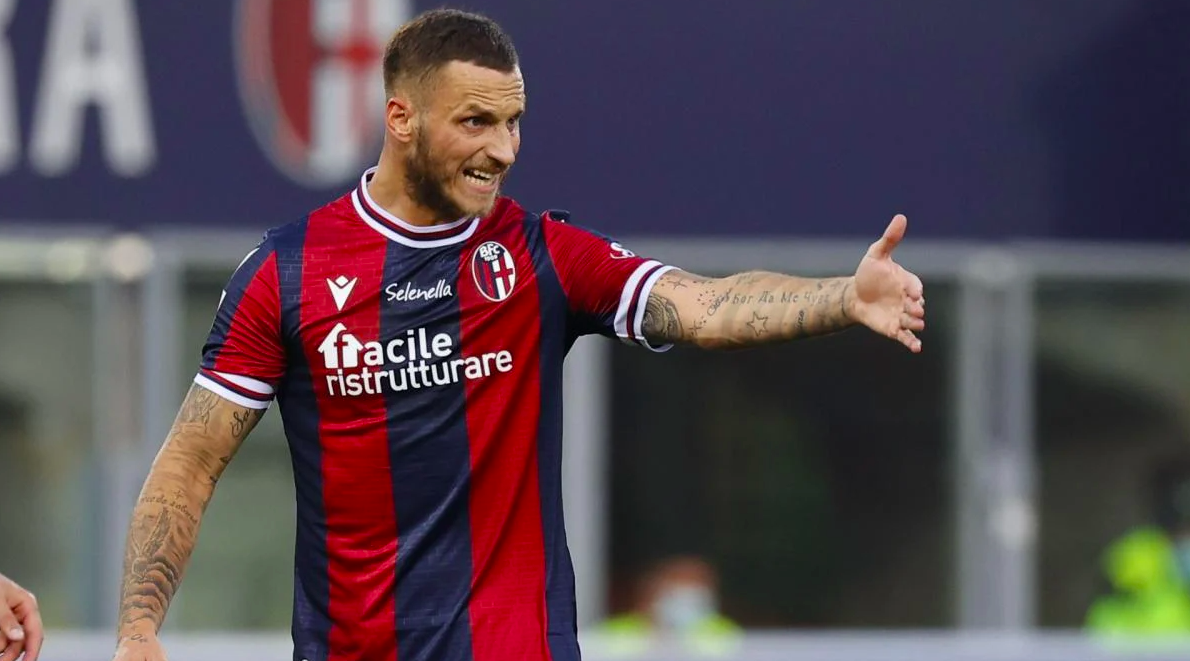 Tammy Abraham | This British footballer is a young striker who has responded with goals. His height of 1.90m allows him to go over the top and score with his head. In the current season he has 15 goals (2 of them from the penalty). 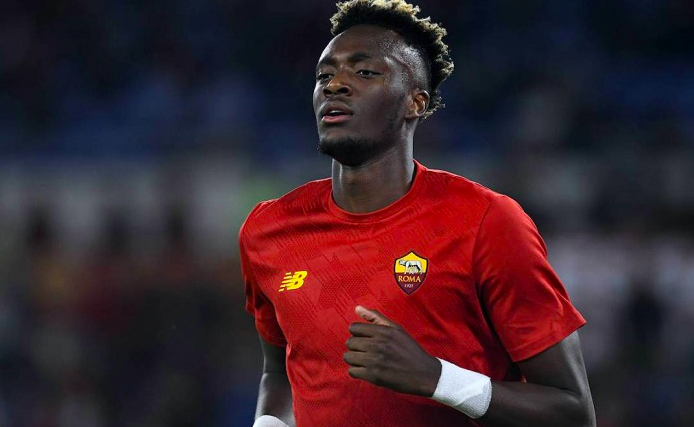 On the other hand, the team led by Siniša Mihajlović had a surprising result that could cost Inter Milan the championship. In midweek the pending match of matchday 20 was played where Bologna beat the Nerazurri 2-1 at home. That victory was the 11th of the season and places the Petroniani in 13th position in the overall table with 9 draws and 14 defeats, thus accumulating 42 units.
1:11 PM18 days ago

The team of La Loba led by Jose Mourinho is still not a protagonist in Serie A, however, they want to stay in the Europa League zone so it is crucial to keep adding as behind them there is only Lazio with two points less. Roma are coming off a 1-1 draw in the first leg of their Europa League semi-final against Leicester; in the domestic league, Mourinho's men are coming off a painful 3-1 defeat against Inter Milan. Currently, the capital team is in fifth place with 58 points, the result of 17 wins, 7 draws and 10 defeats.
1:06 PM18 days ago

The match will be played at the Stadium Olimpico

The Roma vs Bologna match will be played at the Olimpico Stadium, in Rome, Italy. The kick-off is scheduled at 2:45 pm ET.
1:01 PM18 days ago

The final stretch of the Serie A season is upon us. This afternoon, Sunday's activity corresponding to the 35th matchday will end with a very attractive match. The Stadio Olimpico in Rome will host a match where two teams want to go for the three points. On the one hand, Roma will need to take advantage of their home ground to stay in the Europa League zone against Bologna, who will be looking to close the season on a high note.
12:56 PM18 days ago