The match ends at Ciudad Universitaria, Pumas beat the general leader and qualify for the playoffs in Mexican soccer.

Luis Chávez (Pachuca) left footed shot from outside the box is close, but misses to the left. Assisted by Jesús Hernández.
2:49 PM22 days ago

Juan Ignacio Dinenno (Pumas UNAM) right footed shot from the right side of the box to the bottom left corner.
2:32 PM22 days ago

Diogo (Pumas UNAM) header from the center of the box is too high. Assisted by Marco García with a cross following a corner.
2:15 PM22 days ago

Washington Corozo (Pumas UNAM) right footed shot from outside the box is blocked. Assisted by Santiago Trigos.
2:15 PM22 days ago

Santiago Trigos (Pumas UNAM) wins a free kick in the defensive half.
1:47 PM22 days ago

Avilés Hurtado (Pachuca) left footed shot from the right side of the box is blocked. Assisted by Luis Chávez.
1:40 PM22 days ago

Roberto de la Rosa (Pachuca) left footed shot from the left side of the box misses to the right of the goal. Assisted by Romario Ibarra.
1:37 PM22 days ago

Attempt saved low to the left. Romario Ibarra (Pachuca) right footed shot from outside the box is saved in the bottom left corner. Assisted by Luis Chávez.
1:28 PM22 days ago

Attempt blocked with a low shot from point blank range. José Caicedo (Pumas UNAM) header from the center of the box is saved in the bottom left corner. Assisted by Marco García with a cross.
1:21 PM22 days ago

Marco García (Pumas UNAM) right footed shot from outside the box misses to the left. Assisted by Washington Corozo
1:17 PM22 days ago

The match is stopped, the referee shows a caution: Washington Corozo
1:01 PM22 days ago

The match kicks off from Ciudad Universitaria, Pumas will be looking to qualify for the playoffs against the Tuzos of Pachuca.
12:46 PM22 days ago

In a couple of minutes we will start with the broadcast of Pachuca vs Pumas, match corresponding to the 17th matchday of the Clausura 2022 Tournament.
12:44 PM22 days ago

Geisson Perea was ruled out by Guillermo Almada for the match against Pumas, however, many media outlets put the player out of Pachuca for the next tournament.
12:40 PM22 days ago

Mexico's Luis Chávez is having a good tournament, registering four goals and one assist so far this season. 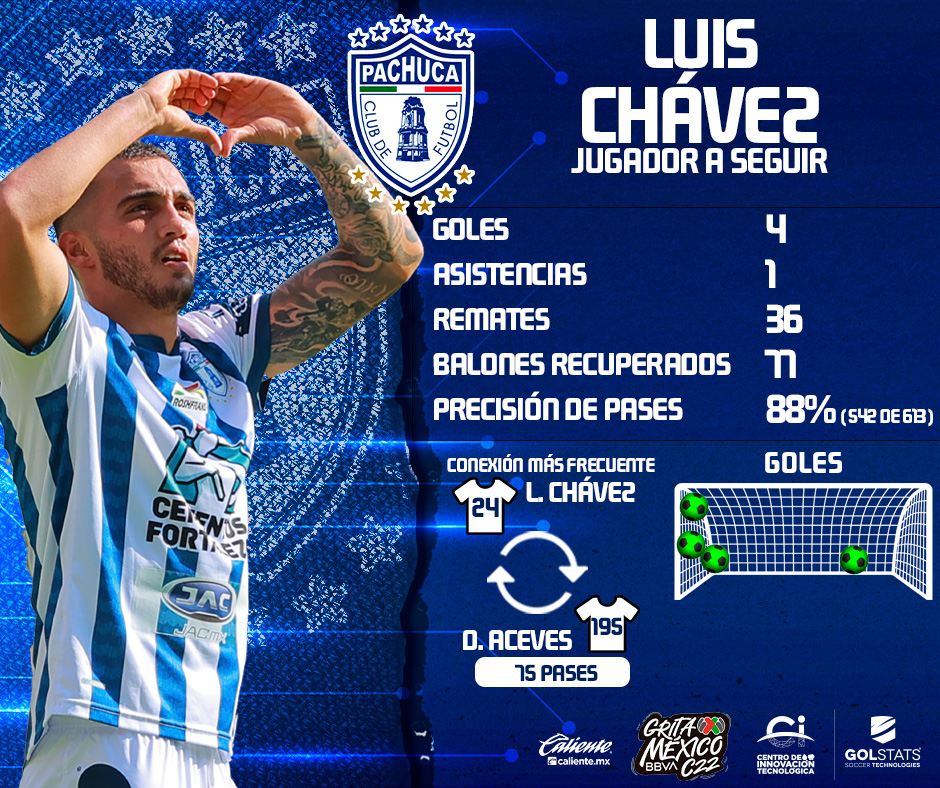 One of Pumas' best players is Brazilian José Rogéiro, while Pachuca's is Avilés Hurtado. This is the comparison made by Liga MX with the two players.

ARE ABSENTEES FOR THE MATCH

Club Universidad informed through a press release that Alan Mozo and Sebastián Saucedo will not be in the match against the Tuzos. Alan Mozo's absence was confirmed, following the injury he suffered in the first leg of the Concachampions final against the Seattle Sounders.
Regarding Sebastián Saucedo, it was reported that he had "discomfort in the back right thigh, and studies will be carried out to assess the extent of the injury".
12:27 PM22 days ago

This is the starting eleven that Andrés Lillini is sending out today in order to qualify for the final phase of the championship. Pumas is going all out for the playoffs! 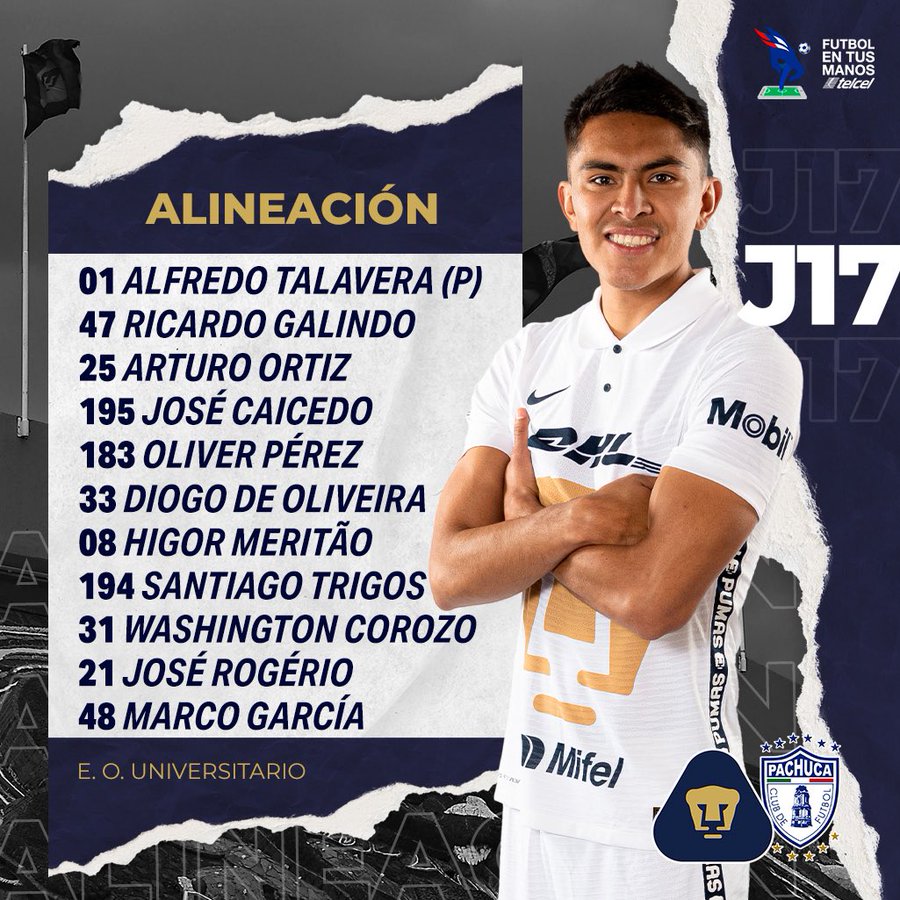 The Aurizaul squad would qualify for the playoffs if they manage to win or draw against Pachuca today. They are currently in 13th place overall and a draw would be enough to move them up to 12th place, as goal difference would favor them, thus eliminating the Panzas Verdes of León.
12:18 PM22 days ago

HOW DID PUMAS FARE IN MIDWEEK?

The squad coached by Andrés Lillini faced the Seattle Sounders in midweek on the turf of the Estadio Olímpico Universitario in the match corresponding to the first leg of the CONCACAF final. The Pumas were unable to take advantage and drew 2-2 in a match that was marred by refereeing controversy.
12:13 PM22 days ago

The wait is over, Day 17 of Liga MX ends with the duel between Pumas of Universidad Nacional and Tuzos of Pachuca. The university squad will be looking for a ticket to the playoffs in Mexican soccer, but in order to do so, they will have to beat Pachuca, a team that has been the tournament's super leader and will be looking to close the regular phase of the championship on a high note.
12:08 PM22 days ago

Do not miss a detail of the match with the live updates and commentaries of VAVEL. Follow along with us all the details, commentaries, analysis and lineups for this Pumas vs Pachuca match.
12:03 PM22 days ago

What time is Pumas vs Pachuca match for Liga MX game?

This is the start time of the game Pumas vs Pachuca of 1st May in several countries:

Watch out for this Pachuca player:

For this match, the experienced center forward and already known in Liga MX, Nicolás Ibañez will look to be the key for the Tuzos to end the university saga and pierce the nets defended by Alfredo Talavera. 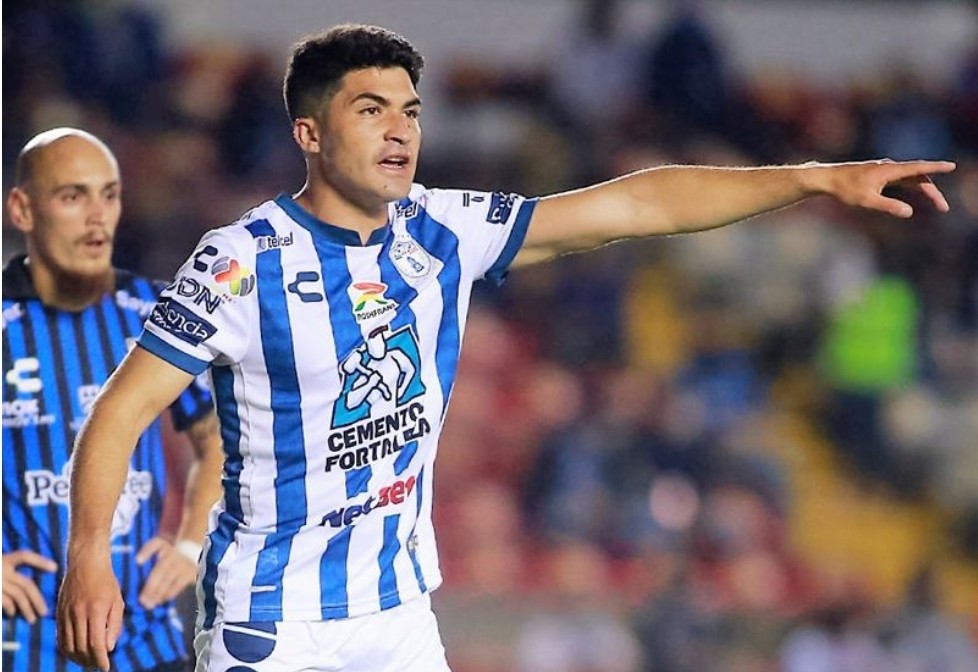 For this match, Argentine killer, Juan Ignacio Dinneno will be the player to watch for the match. The center forward will be the pillar of Pumas' attack, as the university offense has relied entirely on him and after demonstrating that he has the goal in his hands, he will look to be the man who seeks to be the difference in the match and give Pumas the qualification. 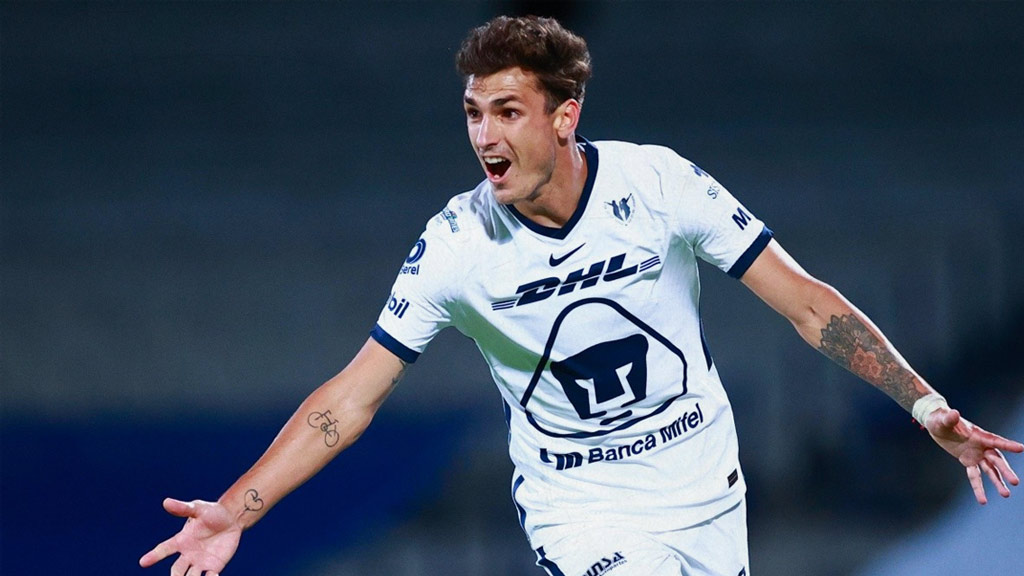 Pumas and Pachuca have faced each other on a total of 50 occasions (13 wins for Pumas, 15 wins for Pachuca and 22 draws) where the advantage is in favor of the Tuzos, likewise, in goals, it is the Pachuca team who has the advantage with 60 goals scored over 58 by Pumas. Their last meeting dates back to the Apertura 2021 Tournament in Matchday 16, where both teams played to a 1-1 draw.
11:33 AM22 days ago

It is the second largest stadium in the country, after the Azteca Stadium, located in the same city; it has a capacity for 72,000 spectators. It was the main venue for the 1968 Olympic Games, hosting the opening and closing ceremonies, as well as the athletics competitions.

It is the only one of the Olympic stadiums located in an area declared a World Cultural Heritage Site (Ciudad Universitaria de la UNAM). It was called by Frank Lloyd Wright the "most important building in Modern America".

They want to be the tournament leaders

The Tuzos del Pachuca will be looking to finish the tournament with a victory and as the true leaders of the Clausura 2022. They have already secured a place in the national league and will be looking to close the tournament on a high note. The Tuzos are currently in first place with 38 points, the result of 12 wins, 2 ties and 2 losses. They have scored 30 goals for and 13 goals against, leaving them with a +17 goal difference.
11:23 AM22 days ago

The Pumas of Universidad Nacional want to qualify for the final phase of Mexican soccer and be present in the playoffs, as they were in the last tournament, and try to win the eighth star. After playing last Wednesday's CONCACAF first leg final against Seattle Sounders, Pumas will be looking to win the league and secure a place in the playoffs as they are currently 12th in the overall standings. Pumas will be obliged to get the three points, otherwise they will be eliminated from the finals against the Tuzos.
11:18 AM22 days ago

A great match for the three points

The Liga MX is about to reach its final phase and the teams are starting to get their engines revved up to close the championship in search of a place in the playoffs. In this duel, Pumas UNAM will be looking to secure a place in the final phase of the tournament after having played in the CONCACAF final last Wednesday against Seattle Sounders, however, they will not have an easy duel for qualification as they will face Pachuca Tuzos, a team that comes as the championship's super leader and will be present in the playoffs of Mexican soccer.
11:13 AM22 days ago

The Pumas vs Pachuca match will be played at the Estadio Olímpico Universitario, in Mexico City, Mexico. The kick-off is scheduled at 12:00 pm ET.
11:08 AM22 days ago

Welcome to VAVEL.com’s LIVE coverage of the 2022 Liga MX Match: Pumas vs Pachuca!