The last minutes of the game City is taking 3 points that will give them a lot of confidence.
1:07 PM20 days ago

Manchester City is in complete control of the match and is minutes away from taking all 3 points.
1:03 PM20 days ago

Close Manchester City of the 4th goal want to increase the lead.
12:52 PM20 days ago

Modifications are made to both units.
12:49 PM20 days ago

Newcastle causes a lot of fouls that prevent them from moving forward.
12:39 PM20 days ago

City starts this second half with more ball possession.
12:34 PM20 days ago

City controls the ball and wants the second to give them more peace of mind.
11:59 AM20 days ago

A back and forth match with both teams fighting hard for the ball.
11:55 AM20 days ago

The visitors came close again and wanted to tie the match.
11:49 AM20 days ago

Goooool for City, Sterling opens the scoring with a great header.
11:47 AM20 days ago

Newcastle attacks with great danger and is close to the first goal.
11:35 AM20 days ago

First minutes of the match and it is Newcastle who has possession of the ball.
11:30 AM20 days ago

All set on the pitch at the Etihad Stadium the players prepare to take the field.
11:21 AM20 days ago

Gabriel Jesus has been involved in 76 goals in 96 Premier League starts for Manchester City (53 goals, 23 assists) and has scored or assisted in 58% of his starts (56). Among all players who have started at least 10 games, only Mohamed Salah (62%) and Sergio Aguero (60%) have been involved in a higher percentage of at least one goal in their starts in the competition.
11:16 AM20 days ago

Little by little the Etihad Stadium is starting to fill up for a match in which we will surely see a great show, two teams eager to get 3 points out of this match.
11:11 AM20 days ago

The two teams are warming up at the Etihad Stadium 30 minutes before kick-off.
11:06 AM20 days ago

This is Newcastle's lineup 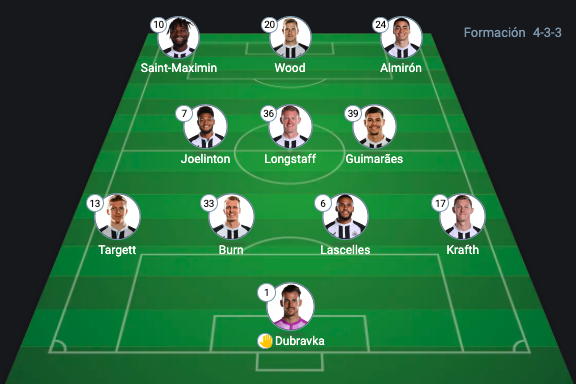 This is the Manchester City lineup: 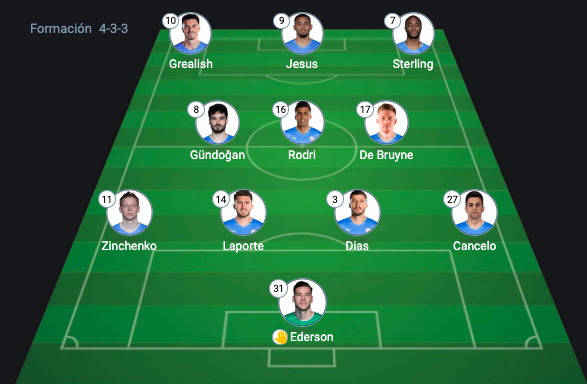 Manchester City have scored at least one goal in their last 26 Premier League games against Newcastle, the longest run of one team scoring against another in the history of the competition (Arsenal v West Brom and Man Utd v Leicester also 26).
10:51 AM20 days ago

There will be no suspended or injured players in this match, so they will be able to count on a full roster for a game that will surely provide plenty of excitement.
10:46 AM20 days ago

The central referee in charge of dispensing justice will be Stuart Attwell.
10:41 AM20 days ago

In a few moments we will share with you the starting lineups for Manchester City vs Newcastle live in the Premier League, as well as the latest information from the Etihad Stadium. Keep an eye on the action with VAVEL's minute-by-minute live online coverage.
10:36 AM20 days ago

Where and how to watch Manchester City vs Newcastle live

The match will be broadcast on Sky Sports channels.

Manchester City vs Newcastle can be tuned in from the Blue to go live stream.

24 year old Brazilian midfielder, he will be looking to give the 3 points to his team and thus climb one more position in the Premier League, he has 14 games played with 4 goals scored and only one assist, with the Brazilian national team he has 6 games played and one goal scored, a great midfielder and a future star for Newcastle.

Midfielder born in Belgium, with 30 years is one of the best players in the world, in the current campaign in the Premier League has 26 games played, 11 goals scored and 6 assists, in the same way is selected national and has already played a World Cup in Russia 2018, has played with his national team 88 games played and 23 goals scored, he will seek to get out of this hard blow to his teams after the elimination in Champions League.

This is Newcastle's latest lineup: 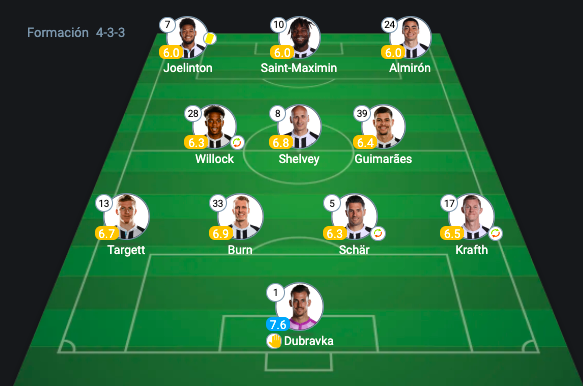 This is the latest Manchester City lineup. 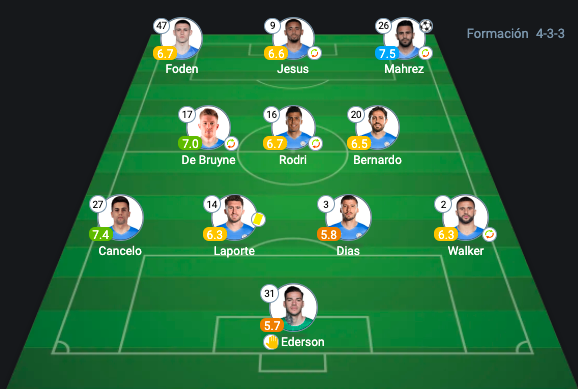 Newcastle have never won in the Premier League at the Etihad Stadium (2E 14D), losing their last 12 visits to the stadium. Their last away win against Manchester City was at Maine Road in September 2000, with Alan Shearer scoring the winning goal in a 1-0 victory.
10:06 AM20 days ago

On the other hand, Newcastle is in 10th position with 43 points, and they will try to take advantage of Manchester City's bad moment after their elimination in the Champions League, they will try to get 3 away points and in this way move up one position in the general table.
10:01 AM20 days ago

Manchester City: They want to get rid of the bitter pill.

After suffering a painful and unusual elimination in the Champions League against Real Madrid, City will be looking to win the 3 points at home and continue their quest for the Premier League title, remembering that they are currently leading the competition with 83 points, only one point behind Liverpool with 82, so it will be essential to win to get out of this nightmare of elimination from the most important tournament in Europe.
9:56 AM21 days ago

Good afternoon to all VAVEL readers! Welcome to the live broadcast of the Manchester City vs Newcastle match, corresponding to the 34th Premier League match day. The match will take place at the Etihad Stadium, at 10:30 am.