NOR4
END7 hours ago

Thank you for listening to this Premier League match. A good afternoon, a happy Mother's Day and until next time!
10:56 AM2 months ago

Leicester are back on the pitch on Wednesday (11), when they host Norwich. Everton visit Watford on the same day, with both matches in the Premier League!
10:54 AM2 months ago

Everton wins another away game, only their second in the league, takes all three points home and exits the Premier League relegation zone!
10:52 AM2 months ago

We will have three more minutes of extra time in the match.
10:42 AM2 months ago

From a cross coming from the right, Barnes managed to get a header, but it went over the goal!
10:33 AM2 months ago

Substitution at Everton: Gray left and Rondón came in.
10:31 AM2 months ago

Okay Pickford. In a shot by Fofana the goalkeeper went to the left corner to make another save!
10:28 AM2 months ago

On the right Daka's cross deflected into the middle, where Barnes shot and Pickford flew into the left corner to save Everton once again!
10:25 AM2 months ago

Leicester substitution: Iheanacho out, Vardy in. At Everton: Mykolenko out and Kenny in.
10:23 AM2 months ago

Mendy took a chance from outside the box and sent it into the left corner, but Pickford went for it!
10:06 AM2 months ago

Mendy is yellow carded for a hard tackle on Gordon in midfield.
10:05 AM2 months ago

Iheanacho gets his first touch on the ball and it rolls into the second half of the match!
10:05 AM2 months ago

The two teams return to the pitch for the start of the second half. Leicester make a change: Pérez is out, Barnes is in.

With two goals from defenders, Everton goes on to beat Leicester away from home and manage to get out of the Premier League relegation zone!
9:47 AM2 months ago

And we will have three more minutes of extra time in the match.
9:35 AM2 months ago

The answer came quickly with Tielemans, who found Iheanacho in the box. He hit the ball hard and sent it into the right corner, but Pickford had it and couldn't let go!
9:31 AM2 months ago

Everton, on the right, got a corner kick, which was lifted into the box for Richarlison's header, which forced Schmeichel to save the shot. But on the rebound Holgate was there to send the ball into the back of the net!
9:18 AM2 months ago

Mina apparently felt his calf and is replaced. In his place comes Keane.
9:12 AM2 months ago

In the next dangerous play, on a mistake by Mina on the high ball, Darder came out alone face to face with Pickford and hit hard in the right corner, tying the game!
9:07 AM2 months ago

Mykolenko was able to get a first-time shot from outside the box and send it into the left corner, with no chance for Schmeichel!
9:04 AM2 months ago

Now Iheanacho was thrown between the defenders and beat the goalkeeper, but Pickford saved, although the shot was disallowed for offside.
9:03 AM2 months ago

Daka received the ball in front, invaded the area and hit it under the goalkeeper, but Mina threw herself on the ball and took it for a corner, which was beaten in the small area and cleared by the defense!
9:01 AM2 months ago

Richarlison makes his first touch on the ball and it's off to the start of the first half!
9:00 AM2 months ago

The teams take the field at the King Power Stadium to start the match!

At the same time as this match we have Norwich-West Ham and Arsenal-Leeds. Closing the round, a little later, Manchester City receives Newcastle.
8:42 AM2 months ago

The round started yesterday, with Brentford's 3-0 win over Southampon. Aston Villa also scored three goals against Burnley, winning 3-1, and Chelsea drew 2-2 against Wolverhampton.

The players take to the field to begin their warm-up exercises.
8:30 AM2 months ago

Everton is scheduled and will field with: 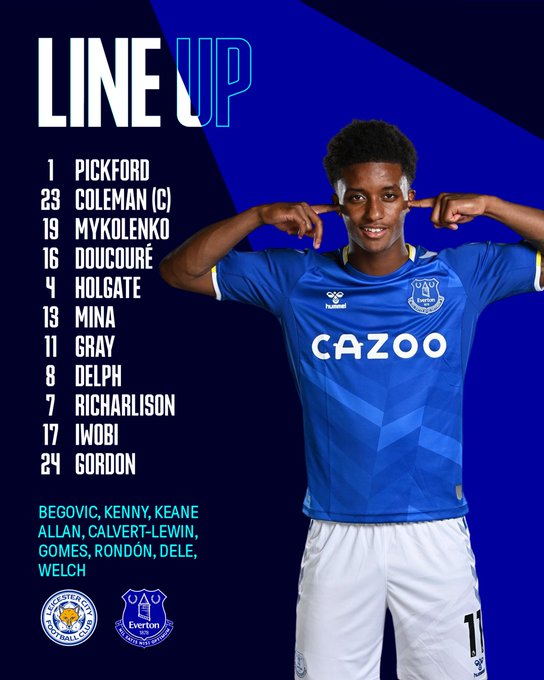 Leicester is scheduled and will field with: 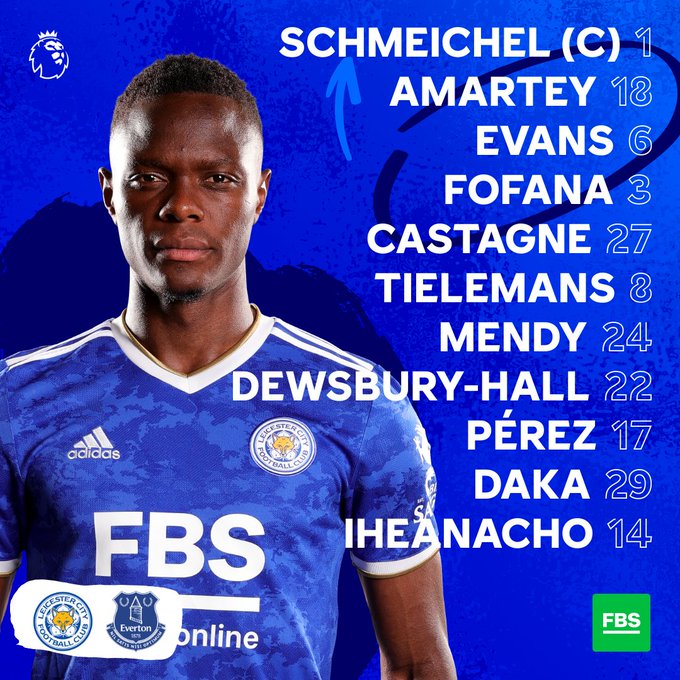 Now begins the broadcast of the Premier League match between Leicester and Everton.

Do not miss a detail of the match with the live updates and commentaries of VAVEL. Follow along with us all the details, commentaries, analysis and lineups for this Leicester vs Everton match.
8:10 AM2 months ago

How to watch Leicester vs Everton Live in TV and Stream

If you want to watch the game Leicester vs Everton live on TV, your options is: none.

What time is Leicester vs Everton match for Premier League?

This is the start time of the game Leicester vs Everton of 8th May 2022 in several countries:

Craig Pawson will referee the match, with assistant referees Dan Cook and Eddie Smart. Lee Mason will be in charge of VAR.
7:55 AM2 months ago

The probable Everton team for the match is: Pickford, Coleman, Holgate, and Mina; Iwobi, Delhp, Doucouré, and Mykolenko; Gordon, Richarlison, and Gray.
7:50 AM2 months ago

The probable Leicester team for the match is: Schmeichel, Pereira, Soyuncu, Fofana and Castagne; Tielemans, Soumare, Albrighton, Maddison and Barnes; Iheanacho.
7:45 AM2 months ago

Leicester will not be able to use Bertrand, Ndidi and Vardy, all injured. Everton will be without Andre Gomes, Godfrey, Patterson and Townsend, as well as the doubt of Van de Beek.
7:40 AM2 months ago

Leicester and Everton are at the bottom of the table. Leicester have 42 points, in 14th position, one behind Aston Villa, Brentford and Newcastle, and two above Southampton. Meanwhile Everton have 32 points, in 18th position, first inside the relegation zone, while the first outside is Leeds, with 34 points, tied with Burnley.
7:35 AM2 months ago

Everton, on the other hand, is coming from a defeat and a victory in the fight against relegation. The defeat was by 2-0 to Liverpool, on Sunday (24), with goals from Robertson and Origi. The victory was over Chelsea, 1-0, with Richarlison's goal.
7:30 AM2 months ago

Leicester arrives after being defeated twice, and in one of them suffering elimination from the Conference League. The first defeat came on Sunday (01), to Tottenham, by 3-1, with goals from Kane and Son (2), while Iheanacho deducted. The second was in the Conference, to Roma, 1-0, with a goal from Abraham, after a 1-1 draw in the first leg, which put Roma in the final!
7:25 AM2 months ago