MILAN GOAL Alessandro Florenzi scores after receiving a pass inside the area and connecting a perfect low shot that enters near the left post.
4:33 PM17 days ago

Davide Calabria will retire from the pitch. Stefano Pioli gives the last instructions to Alessandro Florenzi
4:25 PM17 days ago

Kevin Lasagna jumps to finish off a perfect cross and heads just over the crossbar.
4:17 PM17 days ago

Ismael Bennacer has come on to replace Rade Krunic.
4:09 PM17 days ago

The coach decides to replace Olivier Giroud with Ante Rebic
3:57 PM17 days ago

MILAN GOAL Good pass from Rafael Leao to Sandro Tonali inside the area, he defines with a precise shot through the lower right corner.
3:57 PM17 days ago

GOAL MILAN Sandro Tonali makes space inside the area to finish off a pass from Rafael Leao, and shoots low centered
3:34 PM17 days ago

VERONA GOAL Davide Faraoni receives a brilliant cross and connects a perfect header close to the right post. The goalkeeper had no choice.
3:23 PM17 days ago

Darko Lazovic found space to cross into the area from the wing, but his delivery did not carry enough precision to threaten the rival goal.
3:20 PM17 days ago

A cross from a mid-range free kick, launched by Verona, goes very hard and the ball goes out.
3:05 PM17 days ago

Sandro Tonali receives a good through ball inside the area and scores in the lower left corner, but there is offside and we continue 0-0
3:01 PM17 days ago

Rade Krunic attempts to convert a lofty cross with a header that hits the underside of the crossbar. Lorenzo Montipo manages to stop with a brilliant reflex stop. The ball goes out. Chance to score from the corner for AC Milan.
3:00 PM17 days ago

Giovanni Simeone receives a low pass just outside the area and connects a good shot towards the center of the goal. Mike Maignan steps in with a great reflex stop.
2:55 PM17 days ago

Rafael Leao takes a shot from the edge of the area, but it goes too high
2:43 PM17 days ago

Everything is ready at the Stadio Marc'Antonio Bentegodi for the close of Matchday 34 of Serie A.
2:20 PM17 days ago

This is the XI starters of Verona.

This is the XI starters of Milan.

The person in charge of imparting justice today will be the referee Daniele Doveri
1:58 PM17 days ago

Milan has 1 loss for this match

Hellas Verona has 1 casualty for today.

Milan have scored 66% of their goals away from home this league season during the second half
1:42 PM17 days ago

Day 34 closes with this match between Verona and AC Milan after the 3 games that have ended.

AC Milan comes out as the wide favorite for this match with odds of -200 according to bookmakers
12:45 AM17 days ago

Do not miss a detail of the Serie A 2022 match Hellas Verona vs AC Milan live updates and commentaries of VAVEL.
12:40 AM17 days ago

If you want to watch the game Hellas Verona vs AC Milan Live on TV, your options is ESPN

The Marcantonio Bentegodi Stadium is a multipurpose stadium, but mainly dedicated to the practice of football, located in the city of Verona, in the Veneto region of Italy. It serves as the usual venue for Hellas Verona. It was inaugurated on December 15, 1963 and has a capacity for 42,160 people.

1 victory for the team from Hellas Verona in the last 5 matches looks a favorable outlook for the home team, however a hope for AC Milan may be that they won the most recent game between them 2 so they will come out with everything, in the last 5 games in this stadium of Hellas Verona there have been 3 draws and 1 victory for both teams.
12:25 AM17 days ago

AC Milan's Franck Kessié scored a penalty in that clash, the last two times he scored in Serie A his goals broke the tie on the scoreboard 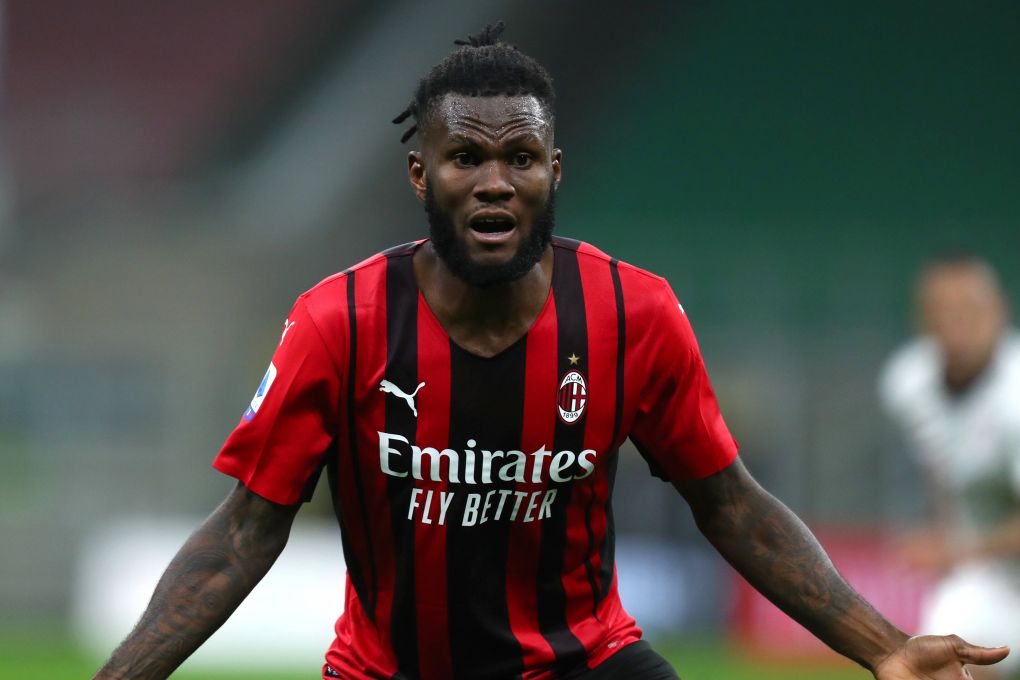 Gianluca Caprari's fine goal for Verona against Cagliari was the fourth time in five games where he scored the second goal of the game, although he opened the scoring in the previous game between these two sides in October. 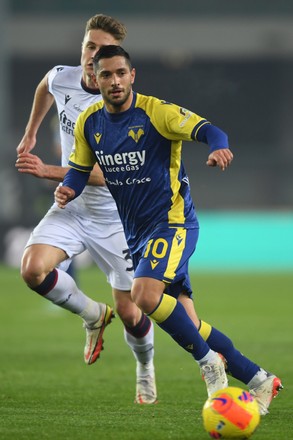 Milan need seven more points from three games to overtake rival and defending champions Inter Milan, in the title race they have not been champions since the 2010-11 season. Luck could be in their favour, as it is not the first time this season that they have benefited from opposition errors, which was the case in their 1-0 win against Fiorentina last matchday, a result which also extended their streak without losing in the SA to 13 games
They are also unbeaten in away league games since late November and have conceded just one goal after the break in their last seven games of that run. However, they will have to be careful against Verona, who failed to win the title in the 1972/73 and 1989/90 seasons after suffering defeats in this fiefdom.
12:10 AM17 days ago

Verona appear to be on course for a third successive finish in the top half of Serie A after losing just one of their last six games (W3, D2) with all three wins coming after scoring first. European qualification is also possible for Igor Tudor's team, and considering that he took charge of the team when it was in the relegation zone, his management would rank as one of the footballing comebacks of the season.
They have scored just once in each of their last three league games at home, so there is room for improvement if Verona are to move past ninth place. Despite not seeing a rival goal in his last two matches against AC Milan at home, he has been competitive against this rival, his record is even in the last six games he played against the “rossonero”.
12:05 AM17 days ago

Welcome to VAVEL.com’s coverage of the Serie A match 2022: Hellas Verona vs AC Milan Live Updates!