It's over! Toluca beat Bayer by the narrowest of margins in this duel.
10:49 PMa month ago

Bayer seeks to equalize, but can't get the ball in.
10:39 PMa month ago

What a failure! Gonzalez was alone in front of goal and ends up sending his shot wide.
10:28 PMa month ago

Bayer insists on looking for the goal, but the last offensive line fails in the definition.
10:14 PMa month ago

Good intervention by Ortega, preventing the arrival of Bayer's attack.
10:06 PMa month ago

The second half begins in Toluca.
9:48 PMa month ago

Paulinho's powerful shot, but the ball ends up in Garcia's hands.
9:41 PMa month ago

Close! Leo tries to control inside the area, he doesn't succeed, shoots and the ball ends up being deflected by the defense.
9:36 PMa month ago

Saved! Great save by Ortega, who almost ended up scoring an own goal after deflecting the ball.
9:29 PMa month ago

Good intervention by Baeza, who ends up deflecting Azmoun's shot.
9:24 PMa month ago

Close! A shot at García's goal, but the Mexican shot is blocked by the Mexican.
9:14 PMa month ago

The match started with the ball being disputed in the midfield.
9:04 PMa month ago

The action gets underway at the Nemesio Diez stadium.
8:56 PMa month ago

Both teams are already on the field and warming up before kickoff.
8:49 PMa month ago

Toluca is already at the Nemesio Diez, the scarlet team will be looking to start this preseason on the right foot and come away with a victory.
8:44 PMa month ago

Bayer Leverkusen is already at Toluca's facilities, tonight they will be looking to put on a great show. 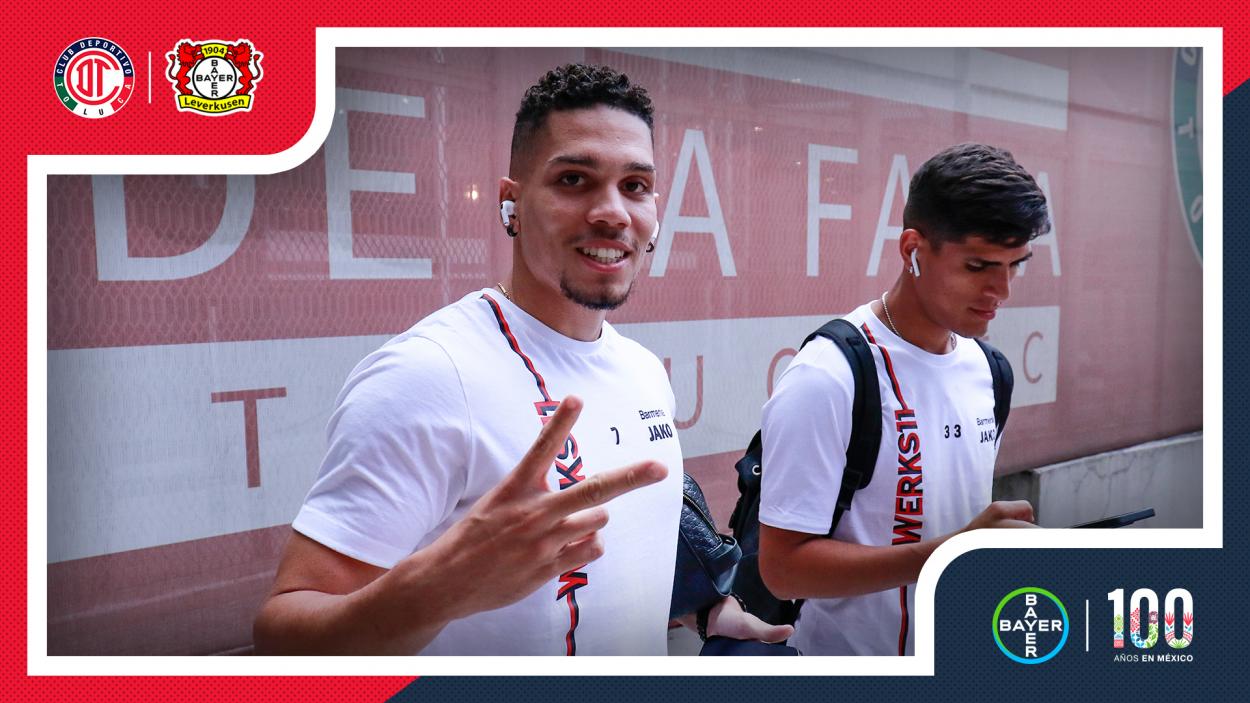 Getting off on the right foot

Ignacio Ambriz's pupils have just begun the preseason for the Apertura 2022, despite having good reinforcements and a great squad in the tournament that ended, they were not consistent and did not make it past the regular phase, so in this duel they will be looking to start with a win.
8:34 PMa month ago

Gerardo Seoane, Bayer's coach, spoke before this friendly match: "It is the opportunity to represent our club in a great country where we also have a Bayer company present that has a birthday, to promote the German League on an international continent. Sportingly, to measure ourselves against other cultures, because in each country they play in different ways, there are different difficulties that are added".
8:29 PMa month ago

Bayer Leverkusen arrived in Mexico well in advance, having previously trained at the Cantera, Pumas' sports facilities.
8:24 PMa month ago

Sebastián Saucedo is also a new Toluca player, the winger spent several seasons with Pumas and is already in the State of Mexico to begin his new journey.
8:19 PMa month ago

Tiago Volpi recently returned to Mexico after his stay in Brazil to reinforce the Diablos del Toluca. The goalkeeper previously had a very successful spell with Querétaro.
8:14 PMa month ago

We're back for minute-by-minute coverage of Toluca vs Bayer Leverkusen. We will shortly share with you the most relevant information about each team as well as the confirmed lineups.
8:09 PMa month ago

In a few moments we will share with you the starting lineups for Toluca vs Bayer Leverkusen live, as well as the latest information from the Estadio Nemesio Diez. Stay tuned for up-to-the-minute live coverage of the match on VAVEL.
8:04 PMa month ago

How to watch Toluca vs Bayer Leverkuen Live Stream on TV and Online?

If you want to watch the game Toluca vs Bayer Leverkusen live on TV, your options is: TUDN.

If you want to directly stream it: Streaming services and TUDN, ViX app.

What time is the Toluca vs Bayer Leverkusen friendly match?

This is the kick-off time for the Toluca vs Bayer Leverkusen match on May 17, 2022 in several countries:

Ignacio Ambriz spoke ahead of the match: "It means a lot to Deportivo Toluca, because it's not often that big institutions come to play in Mexico, and today it's our turn. Let's hope that the people who come will also enjoy themselves. You have to take advantage of it and enjoy it, it's a nice way to end the tournament we had in which we didn't do well at all. It will be very important for the institution, the players and for me, because of what the institution is all about".

"Facing important European teams for Mexican soccer is always going to be good, the player has to enjoy it, he has to know how to feel it, that there are few possibilities. There are a few players who can attract attention, although it may seem difficult, but in a match it is not easy to show your skills, but the player has to take advantage, especially when he goes out onto the field to give his best and enjoy it.

"It is not easy to stay after we are almost in the last places, to pay a fine and stay two weeks to work more for this important match is not easy, but the players have understood it, it is the professional part and of the commitment that the club has to face Bayer Leverkusen, a great team. My respects because they are a team that plays very good soccer, but tomorrow we will have to enjoy ourselves because rarely do Mexican teams have the chance to play against teams like Bayer."

"I've known Tiago for a long time, he worked with me in Querétaro, and I've been following Saucedo. He's a guy I like, very daring in one-on-one play on the wings, and he's one of the reinforcements we're looking for in order to have important replacements; not that he's going to be a replacement, he has to fight to earn a starting spot."

"It's not so easy to get rid of that bitter pill we had, but soccer gives us revenge, it will give it to us again and we will prepare very well."

How are Bayer Leverkusen coming into the game?

Bayer comes into this match after beating Freiburg on the last matchday and ending the tournament in third place in the Bundesliga, and will be looking to emerge victorious in this match. 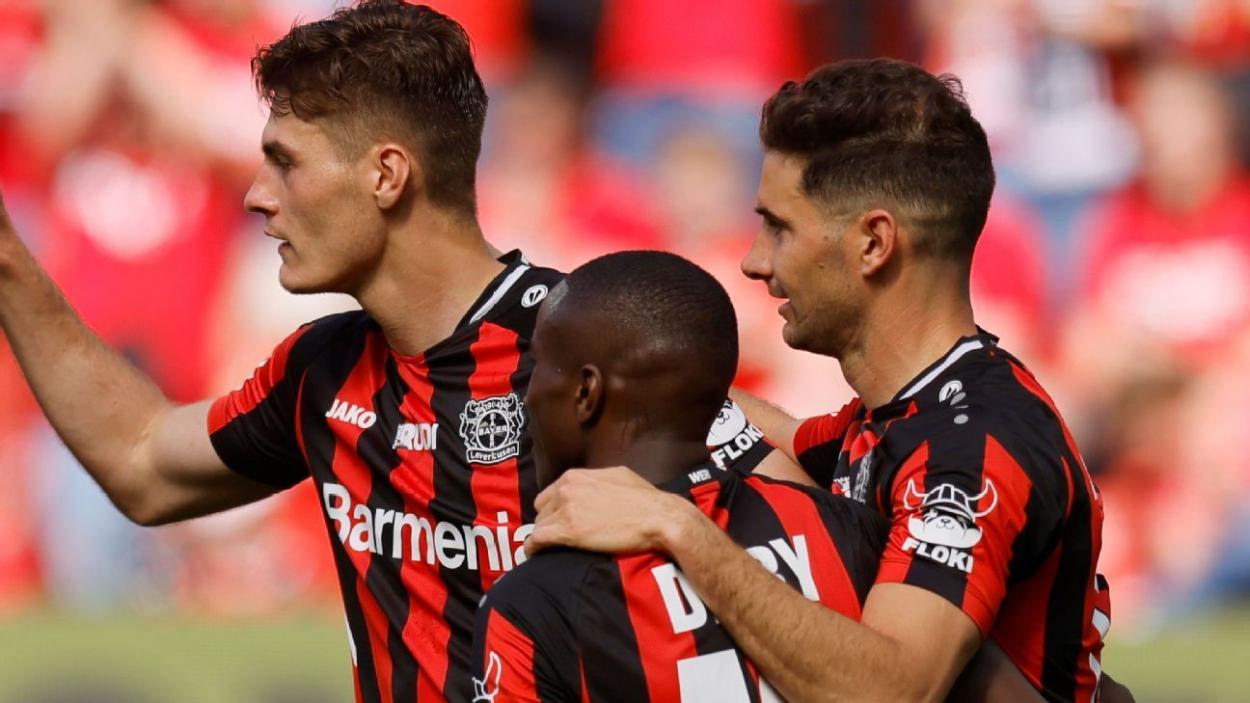 How will Toluca arrive?

Toluca drew their last Liga MX match against León to four goals, a result that forced them to pay the fine for finishing in the last positions of the Clausura 2022 general table. 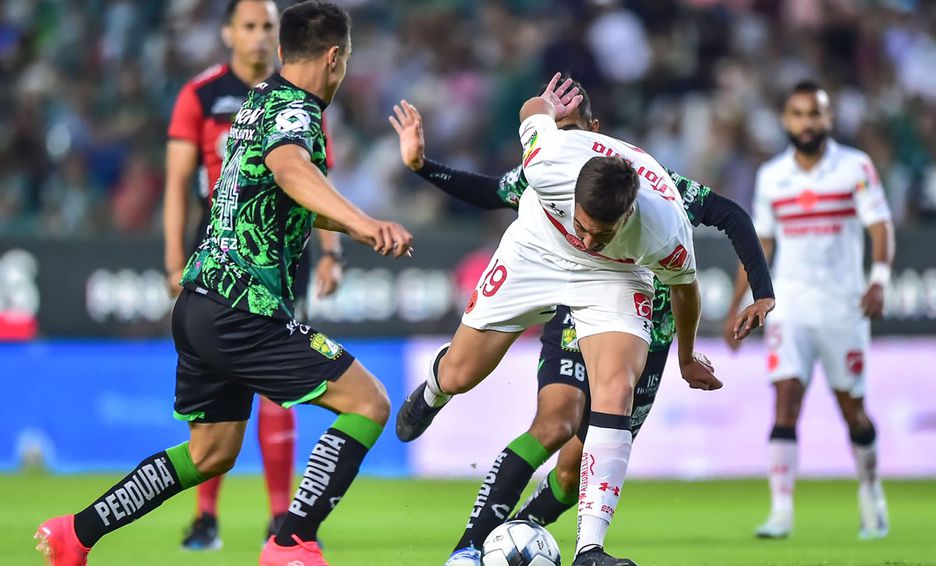 The match will be played at Estadio Nemesio Diez.

The Toluca vs Bayer Leverkusen match will be played at the Nemesio Diez Stadium located in Toluca, State of Mexico. The stadium has a capacity for 30,000 people.
7:24 PMa month ago

Charlotte FC vs Austin FC preview: How to watch, team news, predicted lineups, kickoff time and ones to watch 16 hours ago