It's over! Slovakia beats Belarus and gets its first three points.
4:30 PMa month ago

Suslov's service, but the defense ends up clearing the ball.
4:25 PMa month ago

Slovakia changes. Kucka and Almási are replaced by Hrosovsky and Bozenik.
4:15 PMa month ago

Quite a hard-fought encounter. Belarus tries to generate danger
4:04 PMa month ago

Change from Belarus. Yablonski is replaced by Bykov.
4:04 PMa month ago

Goal, goal, goal for Slovakia! Suslov sent in a service, nobody manages to touch the ball and it ends up in the goal.
4:03 PMa month ago

Slovakia changes. Suslov and Duda are replaced by Schranz and Rusnák.
3:57 PMa month ago

Almási's header, but the ball goes wide
3:55 PMa month ago

At the end of the first half, the match is still goalless.
3:32 PMa month ago

Ebong's shot and the ball almost goes into the goal.
3:27 PMa month ago

Almási takes a dangerous shot, but the ball goes wide.
3:25 PMa month ago

Shevchenko fights for the ball, preventing them from reaching his goal.
3:18 PMa month ago

Begunov's service, but the ball goes wide.
3:14 PMa month ago

Slovakia maintains possession, but fails to find the net.
3:12 PMa month ago

Both teams seek to generate, but are unable to reach their opponents' goal with danger
2:54 PMa month ago

Pekarik arrived with danger, but when it was time to shoot, the ball was deflected and went wide.
2:49 PMa month ago

The action gets underway in Serbia.
2:46 PMa month ago

Both teams are already on the field warming up before kickoff, which is about to take place.
2:31 PMa month ago

The Belarus national team is already at the stadium, ready to kick off the match.
2:26 PMa month ago

Slovakia is already at the stadium, and will be looking to make a statement in this match.
2:21 PMa month ago

Both teams' locker rooms are ready to receive the players. Both teams will go all out to get off on the right foot.
2:16 PMa month ago

Yevgeny Yablonsky spoke ahead of the match: "Now there will be another game. Although there are players in the national team of Slovakia who played in that youth team. The fights turned out to be very interesting. That call was probably one of the best for the Slovaks of all time, but at home we managed to win. So we'll see tomorrow.
2:11 PMa month ago

Denis Polyakov may not have minutes today, the player from Belarus did not complete the training yesterday, so he is in doubt.
2:06 PMa month ago

This is what the Serbian building looks like, the same one where this important match will take place and where the path of these two teams will begin. 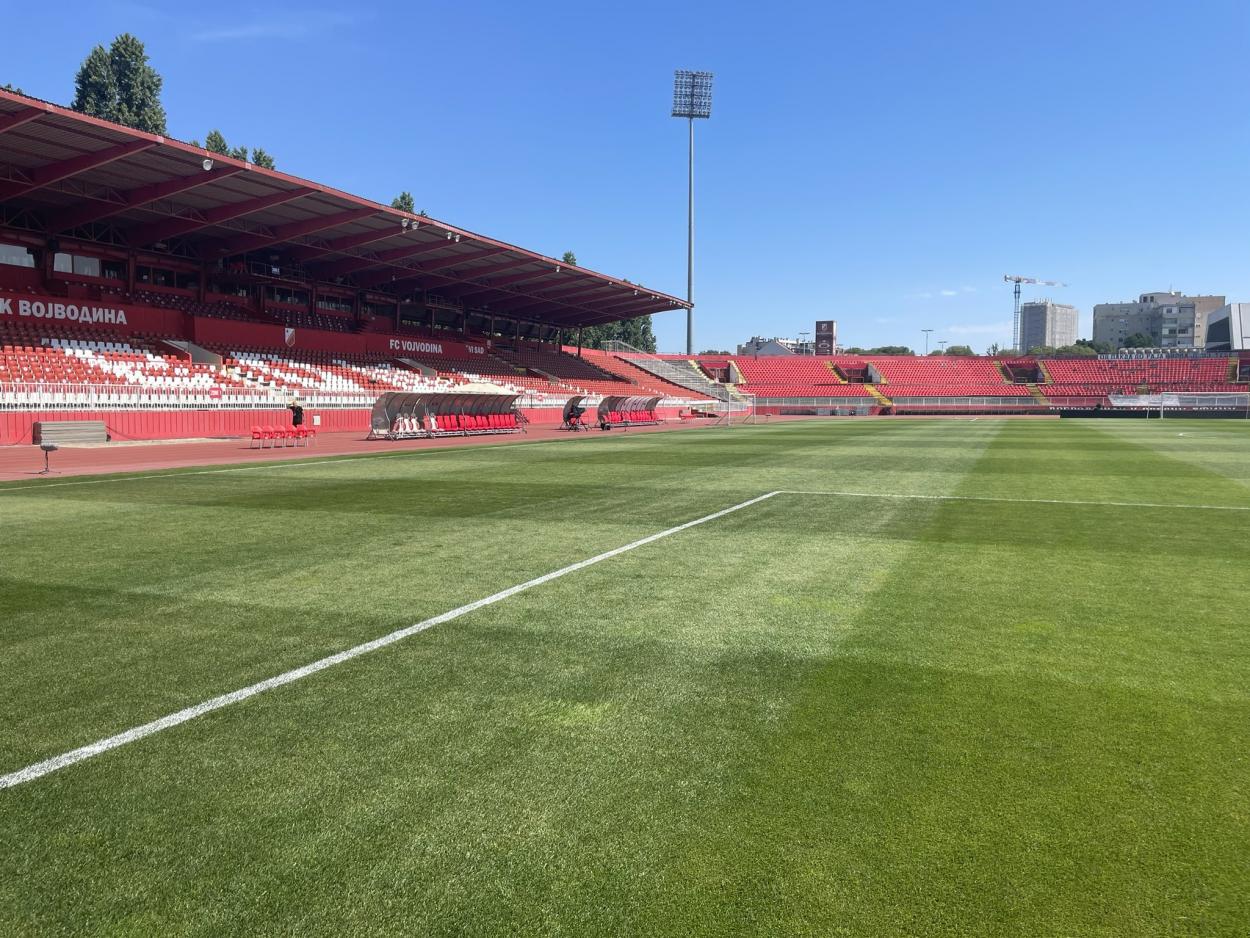 This match will be the first for both teams in this UEFA Nations League, so both will be looking for three points from three.
1:56 PMa month ago

We're back for a minute-by-minute coverage of the match between Belarus and Slovakia. We will shortly share with you the most relevant information as well as the confirmed lineups.
1:51 PMa month ago

In a few moments we'll share with you the starting lineups for Belarus vs Slovakia live, as well as the latest information from the Karađorđe Stadium. Stay tuned to VAVEL's minute-by-minute live online coverage of the match.
1:46 PMa month ago

How to watch Belarus vs Slovakia Live Stream on TV and Online?

If you want to watch the game Belarus vs Slovakia live on TV, your options is: fuboTV.

Gueorgui Kondratiev, the team's coach, spoke before the match: "The mood is good. And now we will decide on the state, we will practice. Of course, the big drawback is that we could not hold a lesson on Wednesday. We arrived in Novi Sad for almost twenty hours, the road was difficult. But I think everything is fine, there is still time to prepare properly for the game."

"Of course, in my head it is. In principle, at the beginning of the training camp, I knew 90 percent who would play. After all, we closely monitored the performances of the guys."

"I know this team well. When I worked with the national team, we met with them. In such cases, I involuntarily start following the opponent. There were a lot of guys left from the Slovakians from that call-up. There are no secrets here, but, of course, their players are more experienced than ours. They play in big clubs, participate in the best tournaments. In this sense, they have an advantage.

How does Slovakia arrive?

Slovakia arrives after beating Finland by two goals to nil in the last FIFA matchday in March, the team will be looking to start the tournament with a victory against Belarus.
1:21 PMa month ago

How does Belarus arrive?

Belarus arrives after defeating Bahrain in a friendly match by the minimum score, in addition the team failed to qualify for the World Cup, so they will be looking for more achievements and thus begin to prepare for the next tournament. 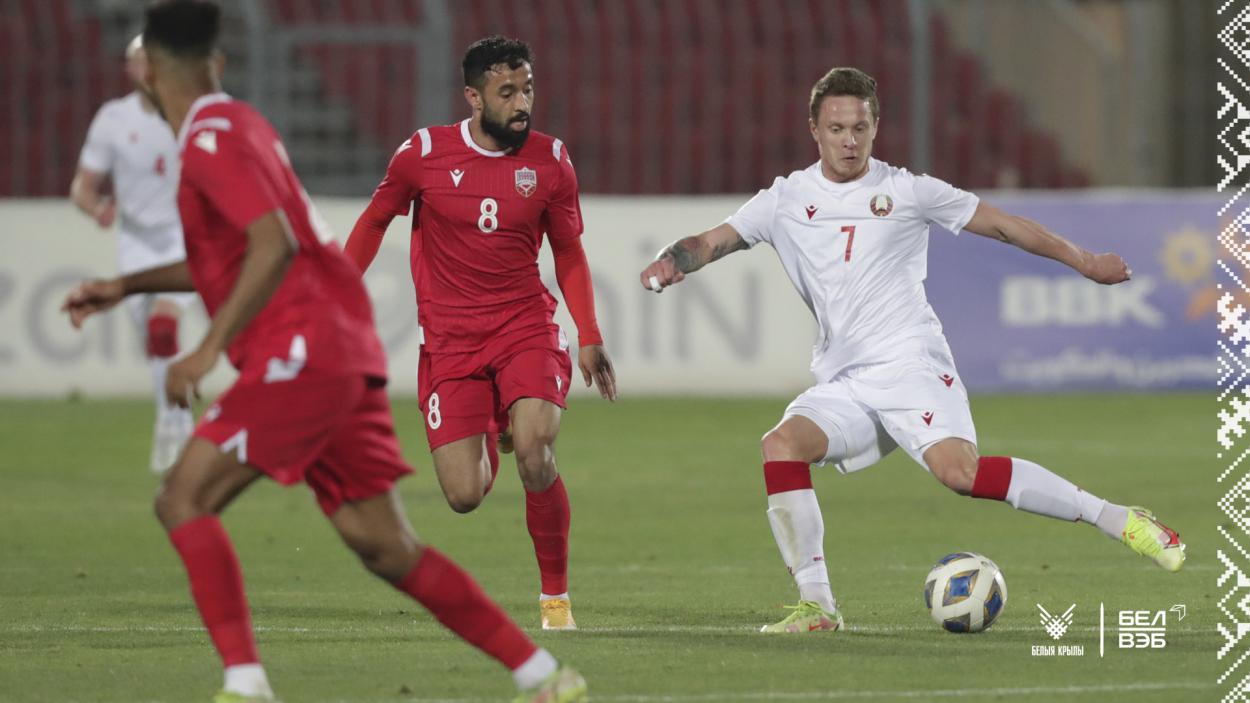 The match will be played at the Karađorđe Stadium.

The match Belarus vs Slovakia will be played at the Karađorđe Stadium located in Novi Sad, Serbia. The property has a capacity of 14 853 people.
1:11 PMa month ago