It's over! Spain beat Switzerland by the narrowest of margins to earn its first victory.
4:36 PM2 months ago

Asensio started dangerously, but the defense made the right cover.
4:29 PM2 months ago

Seferovic arrived with danger, but failed to control the ball and it ended up going over the end line.
4:29 PM2 months ago

Asensio's powerful shot, but the ball ends up in the goalkeeper's hands.
4:25 PM2 months ago

Spain tries to generate danger in search of the second, but Switzerland stands well in the background.
4:18 PM2 months ago

Llorente's powerful shot, but Sommer deflects it.
4:08 PM2 months ago

Switzerland changes. Steffen and Okafor are replaced by Zuber and Aebischer.
4:06 PM2 months ago

Change from Spain. Sarabia comes off for Olmo.
4:05 PM2 months ago

A cross that Torres pushes away from Simon's goal.
3:58 PM2 months ago

Shaqiri's cross, but Simon keeps the ball.
3:55 PM2 months ago

The action resumes for the second half.
3:55 PM2 months ago

The first half is over, Spain wins by the minimum.
3:31 PM2 months ago

Embolo fails to control the ball and sends his shot into the stands.
3:25 PM2 months ago

The ball is disputed in midfield, neither team is able to generate danger.
3:14 PM2 months ago

Sarabia was arriving and creating danger, but the Swiss defense avoided the attack.
3:07 PM2 months ago

The ball is very tight in midfield, Switzerland is looking to generate danger.
3:00 PM2 months ago

Goal, goal, goal for Spain! Llorente's cross and Sarabia appears in the box to push the ball in.
2:54 PM2 months ago

Good intervention by Torres, preventing Embolo from controlling the ball.
2:46 PM2 months ago

Actions get underway in Geneva for this meeting.
2:43 PM2 months ago

Both teams are already on the field ready to warm up before kickoff.
2:31 PM2 months ago

Spain has arrived at the Stade de Geneve, where they will be looking to make it three wins out of three. 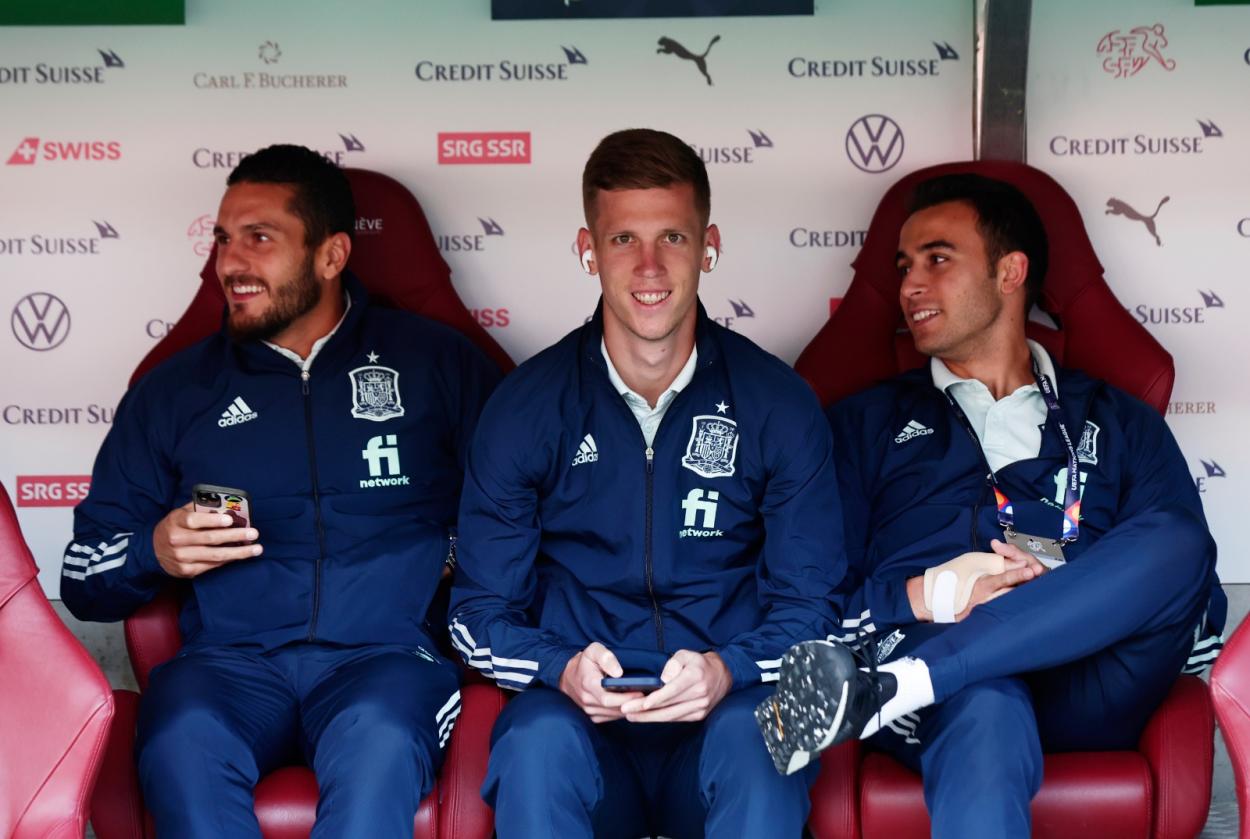 Switzerland is at the Ginebra stadium, where they will be looking for their first victory.
2:21 PM2 months ago

Switzerland come into this game with six goals conceded, so they will be looking to add to their tally of positive goals.
2:16 PM2 months ago

Prior to the match against Portugal, Switzerland had Ruben Vargas out with a muscle injury, but he remains with the team to receive medical attention.
2:11 PM2 months ago

Leonidas Stergiou and Zeki Amdouni have just arrived at the training camp after playing for the U-21 team, but they will not be in the squad for this match.
2:06 PM2 months ago

Sergio Busquets spoke ahead of the match: "We are a young group, but we have had very important competitive experiences such as the European Championship or the last Nations League against very strong opponents.
2:01 PM2 months ago

Spain's fans are already beginning to arrive at the stadium, looking to support their national team with all their might.
1:56 PM2 months ago

We're back for minute-by-minute coverage of the match between Switzerland and Spain. We will shortly share with you the most relevant information about both teams as well as the confirmed line-ups.
1:51 PM2 months ago

Stay tuned for the Switzerland vs Spain live stream

In a few moments we will share with you the starting lineups for Switzerland vs Spain live, as well as the latest information from the Stade de Genève. Stay tuned for up-to-the-minute live coverage of the match on VAVEL.
1:46 PM2 months ago

How to watch Switzerland vs Spain Live Stream on TV and Online?

If you want to watch the game Switzerland vs Spain live on TV, your options is: fuboTV.

What time is the match Switzerland vs Spain matchday 3 of the UEFA Nations League?

This is the kick-off time for the Belgium vs Poland match on June 9, 2022 in several countries:

Luis Enrique spoke before the match against Switzerland: "I keep what I said, tact and tranquility, he takes this as a reward to return to live, to listen again to the premises that we have in the selection. For me it is improving, we will go little by little, in the case of Ansu there is no hurry, the level and quality are beyond doubt pro is interesting to go little by little."

"I liked the vast majority of the players, I usually rely on what I see in training, today you see the state of the players and I repeat, I will make the decision. This is a short competition and the first two results have not been what we expected and it is clear that we need to score and win the game to have options to be in the Final Four, but in terms of the lineup even I do not know what I will do, I have an idea that I usually change after the last training".

"It's a very easy group to get along with, praiseworthy a thousandfold. This is a competition that despite all these things that surround us is very attractive and beautiful. Getting into another Final Four and being the first team to repeat is something that stimulates us, we will try to improve and be able to be there."

"If they have a year's contract how lucky they are that they have the upper hand, because clubs sometimes do their homework before. I don't even know who those ten are, in the national team I see people hyper-focused, hyper-prepared. It only happened to me once in my career".

"It's the game that the forwards have pressed the worst, they all blame Eric and it's the worst defensive game of ours, some mismatch in the defensive line but the pressure up top failed and changed because the line of three that we normally attack, the opponent changed their players and if our forwards don't press well everything else suffers. Individually we are not that good in duels but collectively we are. This is not about the fact that when we lose it's the defenders who are to blame and when we win it's the forwards who score goals".

Spain arrives after a 2-2 draw against the Czech Republic, a match that was tied at the last minute. Luis Enrique's team will be looking to break the streak of two consecutive draws. 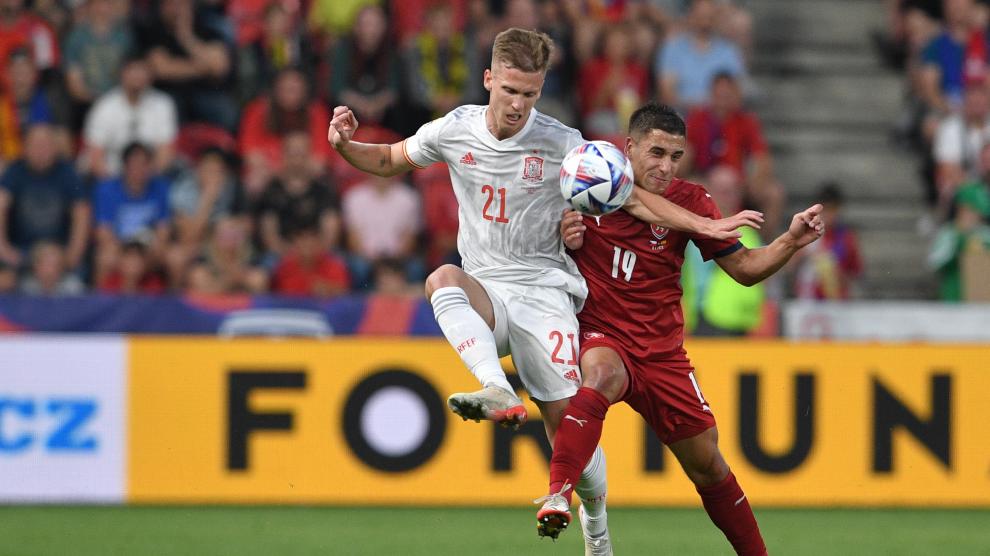 How is Switzerland coming?

Switzerland had a hard setback against Portugal where they lost four goals to zero, the local team will be looking for three points to get out of the bottom of the table. 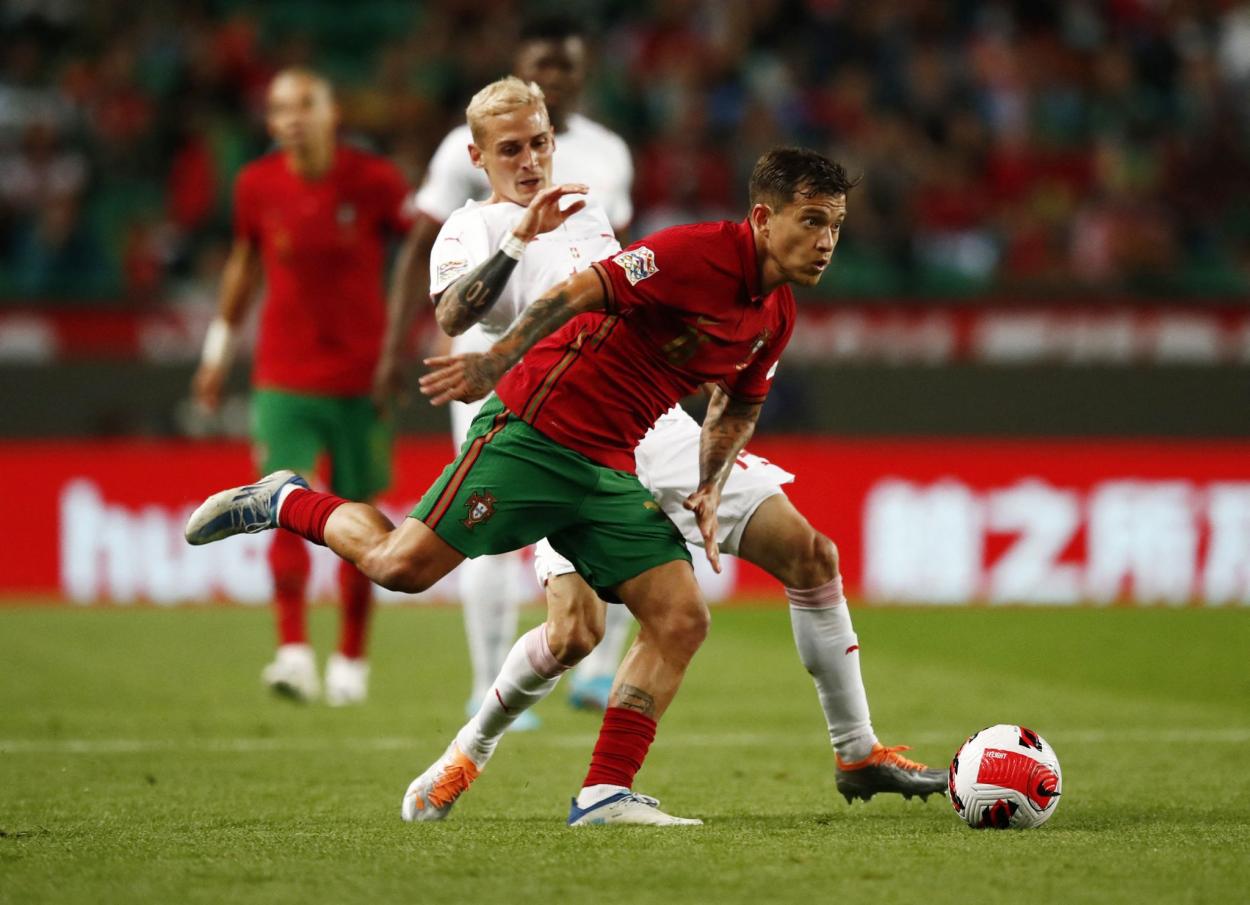 The match will be played at the Stade de Genève.

The match Switzerland vs Spain will be played at the Genève Stadium located in Ginebra, Switzerland. The stadium has a capacity for 30,000 people.
1:06 PM2 months ago