It's over! Spain beats Czech Republic to make it three in a row
4:27 PM19 days ago

Changes in Spain. Jordi Alba and Busquets are replaced by Alonso and Koke.
4:21 PM19 days ago

Goal, goal, goal for Spain! Torres sends in a cross and Sarabia shoves the ball into the back of the net.
4:17 PM19 days ago

Change from Spain. Asensio comes off and Sarabia takes his place.
4:13 PM19 days ago

Gavi begins to weave dangerous moves, but fails to get past the defensive line.
4:05 PM19 days ago

Czech Republic changes. Hlozek and Jurecka are replaced by Cerny and Kutcha.
4:03 PM19 days ago

Changes in Spain. Morata and Soler are replaced by Ferran Torres and Gavi.
4:02 PM19 days ago

The action resumes and the ball rolls for the second half.
3:34 PM19 days ago

The first half is over. Spain leads by the minimum at halftime.
3:28 PM19 days ago

Czech Republic tries to reach Simon's goal with danger, but the defense is well stopped.
3:17 PM19 days ago

Goal, goal, goal for Spain! Carlos Soler receives the ball from Asensio, shoots and opens the scoring.
3:05 PM19 days ago

Cerny's shot and Simon ends up deflecting the ball.
2:57 PM19 days ago

The game started back and forth, with both teams looking to generate, but not reaching the opponent's goal.
2:48 PM19 days ago

The action gets underway at La Rosaleda.
2:45 PM19 days ago

Both teams take the field for a warm-up prior to the start of the match.
2:31 PM19 days ago

Luis Enrique's men are already present at La Rosaleda, tonight they will be looking for a new victory.
2:26 PM19 days ago

Czech Republic is already in Malaga and will be looking to surprise and beat Spain at home.
2:21 PM19 days ago

Czech Republic will have to pay special attention to Álvaro Morata, the nine-footer will be looking to generate dangerous plays and open the scoring in favor of his team.
2:16 PM19 days ago

The dressing room of both teams is now ready at the Malaga stadium, looking forward to a great match in Spain.
2:11 PM19 days ago

Vladimir Coufal, player of the Czechs, spoke ahead of this match: "Even considering what we saw in the videos before the first game, it's clear that they don't change their style much. They can push opponents whether they play us, France or anyone else. I don't think they would change their style, which they play from the age of sixteen to the adult armband."
2:06 PM19 days ago

This is how La Rosaleda looks like to welcome Spain and Czech Republic tonight in this Nations League duel.

The president of the RFEF, Luis Rubiales, presented Marco Asensio and Ansu Fati with badges for their 25 matches played with Spain and their debut with the first team, respectively.
1:56 PM19 days ago

We are back to bring you up-to-the-minute coverage of the match between Spain and Czech Republic. We will shortly share with you the confirmed lineups as well as the most relevant information.
1:51 PM19 days ago

Stay tuned for Spain vs Czech Republic live coverage of the match.

In a few moments we will share with you the Spain vs Czech Republic live starting lineups, as well as the latest information from La Rosaleda Stadium. Keep an eye on the action with VAVEL's minute-by-minute live online coverage of the match.
1:46 PM19 days ago

Jaroslav Šilhavý, coach of the Czech Republic, spoke ahead of the match: "It will be more difficult for sure. They don't change the way they play. That's how they crush their opponents. It's going to be worse, because they're playing at home. We know that. And they are hurt by the point we took from them. It's not that they are scared by the draw in Prague, I don't think so. It's going to be tougher, we know that". "They are both very strong. Individually and collectively. In all aspects of the game. Spain has a very clear plan. They press very high and their idea is to always maintain that pressure. I was more impressed with Spain than Portugal. I think they are an impressive team in many facets of the game". "It's already the last game. We are all the same. Nobody has told me I can't play. We take everything into account, that's why we make changes."
1:41 PM19 days ago

How to watch Spain vs Czech Republic Live Stream on TV and Online?

If you want to watch the game Spain vs Czech Republic live on TV, your options is: Fox Sports.

If you want to watch it on internet, VAVEL US is your best optio n!

Luis Enrique spoke before the match: "The result conditions everything. That's how soccer works. This team (Switzerland) had gone 23 games without losing an official match at home and we had the chance to beat them".

"The result determines the outcome. I'm happy with the spirit of the players and their attitude. It's a positive match that gives us the possibility to still depend on us".

"When they press us, they take us to one side of the field and we have no solutions. When we do that very well, you can hit a ball up top; and we change the pressure. We are good there too. But it's not our identity. Our identity is to get the ball played. You have to have personality to play."

"This is a game of mistakes. It's a game to be proud of what the national team is. The first half is more complete. In the second half we did not have a more forceful behavior of ball possession, which forced the opponent more ."

"I have three starting goalkeepers and today Unai Simón has played in all three games. I want all three toe-to-toe, thinking they can participate. I'm delighted. Any of the three could play. What will happen tomorrow? Tomorrow you will see. We have to be prepared to be a competitive team, that doesn't notice the absences, due to injury, poor form or whatever. The three goalkeepers give me a lot of peace of mind." "Any of the strikers, the wingers can all play as 9. The 9 that I have brought in cannot all play as wingers, Álvaro can play. Defensively, if there is any 9 like Álvaro in Europe, he is equal to him, he is not better than any of them. And he has been very good on the ball. What are we looking for? There is an offensive and a defensive facet. Maybe other teams focus only on scoring goals. With us, if they don't do the defensive work, it's no good for us." "Look at the results of the other groups in the league, that's of no interest to anyone. Look at the Nations League and World Cup champions, France. Nobody wins easily. If they pretend we are different, we are not different. It's impossible, but not for us, for everyone".
1:31 PM19 days ago

How does Czech Republic arrive? 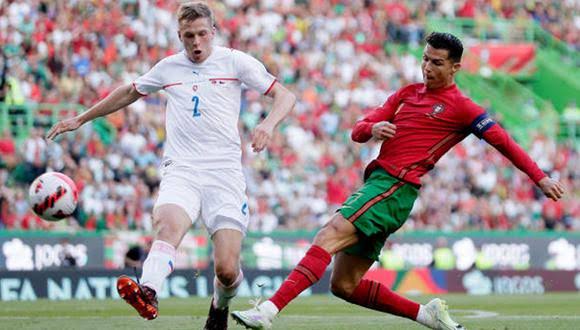 Spain comes to this match after defeating Switzerland by the minimum, so they will be looking to keep on winning three out of three. The team coached by Luis Enrique needs to win if they want to qualify to the next stage of this tournament. 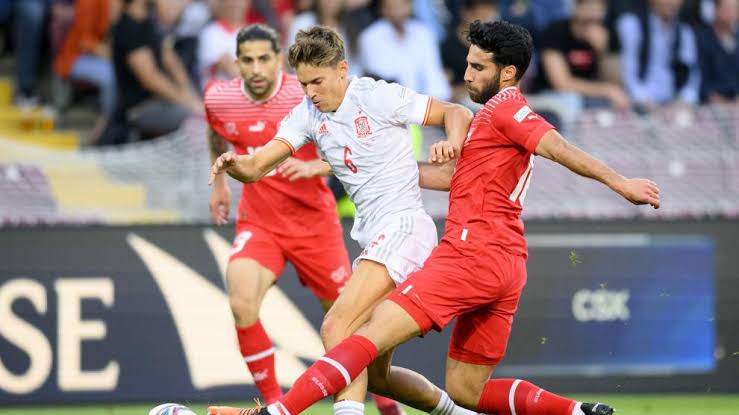 Spain vs Czech Republic will be played at La Rosaleda Stadium.

Spain vs Czech Republic will be played at the Estadio Universitario, located in Malaga, Spain. The stadium has a capacity for 650,000 people.
1:06 PM19 days ago