It's over! Germany thrash Italy in scandalous fashion and will be looking to advance to the next stage.
4:42 PM17 days ago

Goal, goal, goal for Italy! Bastoni headed the ball into the net and scored the second.
4:40 PM17 days ago

Goalkeeper! Dimarco's shot, but Neuer dives and smashes the ball out of the corner.
4:38 PM17 days ago

Stach sent a shot at Donnarumma's goal, but the ball went wide.
4:35 PM17 days ago

Changes in Germany. Süle and Gündogan are replaced by Tah and Stach.
4:34 PM17 days ago

Calabria's cannonball, but Neuer anticipates and ends up preventing the second from going in.
4:26 PM17 days ago

Goal, goal, goal for Italy! The first came from Gnonto to close the gap.
4:15 PM17 days ago

Goal, goal, goal for Germany! Werner receives Gnabry's cross and pushes the ball into the back of the net.
4:13 PM17 days ago

Italy tries, but Neuer at the back prevents the onslaught.
3:59 PM17 days ago

The action resumes for the second half.
3:53 PM17 days ago

Italy changes. Caprari and Scalvini are replaced by Frattesi and Cristante.
3:51 PM17 days ago

At the end of the first half, Germany leads Italy by two goals to nil.
3:36 PM17 days ago

Goal, goal, goal for Germany! Gündogan sends in a lethal shot and the goalkeeper can't keep out the second.
3:35 PM17 days ago

Penalty for Germany! Bastoni brings down Hoffman inside the area and the referee awards a penalty.
3:32 PM17 days ago

Werner appears inside the box and sends a lethal shot that ends up going wide.
3:28 PM17 days ago

Sané's shot at Donnarumma's goal, but the goalkeeper ends up keeping the ball out of Donnarumma's net.
3:23 PM17 days ago

Neuer prevents Italy's arrivals, but they look to generate danger.
3:08 PM17 days ago

A back-and-forth encounter, Italy tries to generate, but fails to open the scoreboard.
2:59 PM17 days ago

Goal, goal, goal for Germany! Kimmich pops up inside the box to steal the ball and score the first.
2:55 PM17 days ago

The action gets underway at Borussia Park.
2:42 PM17 days ago

Both Germany and Italy are already on the pitch warming up before kick-off.
2:34 PM17 days ago

Both teams are already at the German stadium, ready for this important match.
2:29 PM17 days ago

The Italian fans are already in Germany, looking to support their team and make their presence felt. 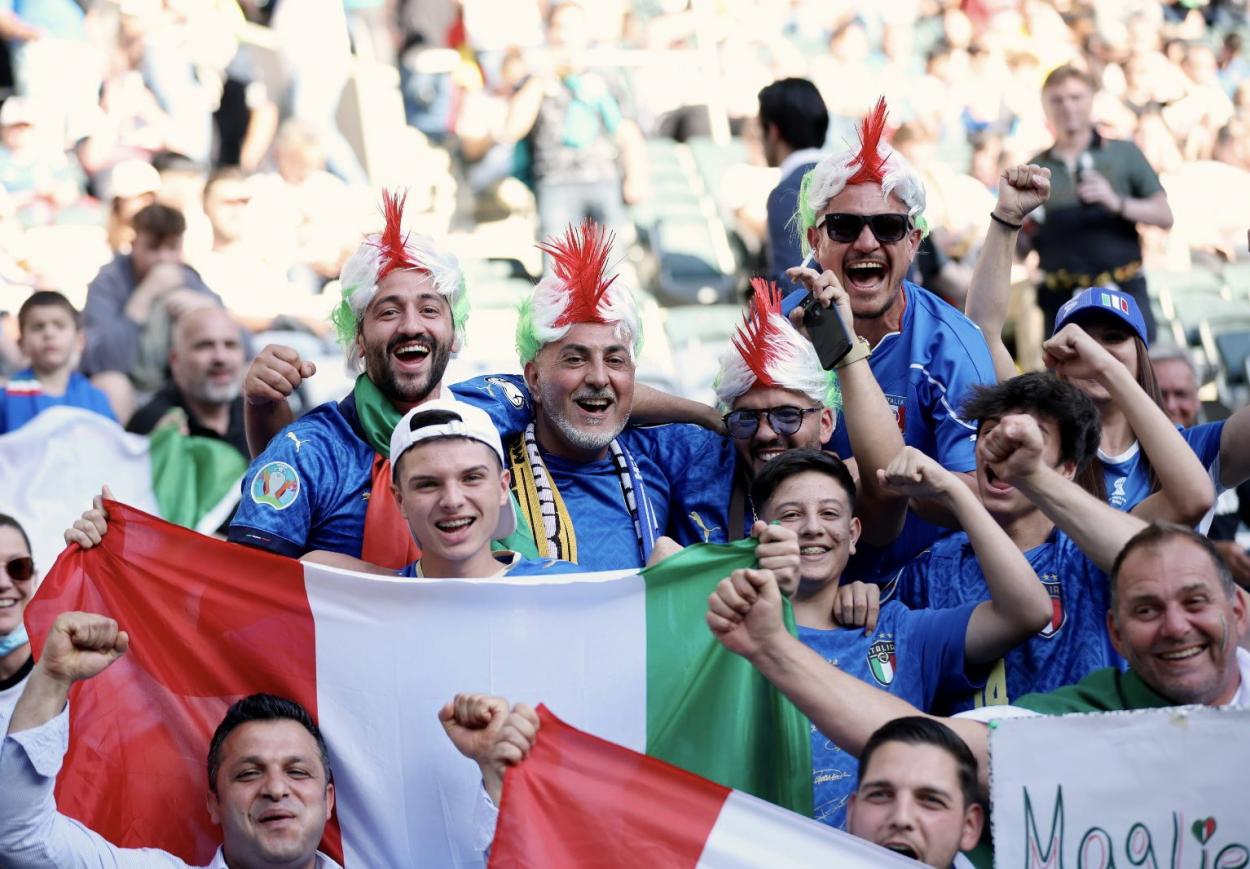 The changing rooms of both teams are now ready with all the clothing ready to be worn for this match.
2:19 PM17 days ago

Manuel Neuer spoke ahead of the match: "It would be a good way to say goodbye if we could get all three points and beat a great nation, something we've been looking forward to doing for a while.
2:14 PM17 days ago

This is what Borussia Park looks like before this important match, corresponding to Matchday 4. 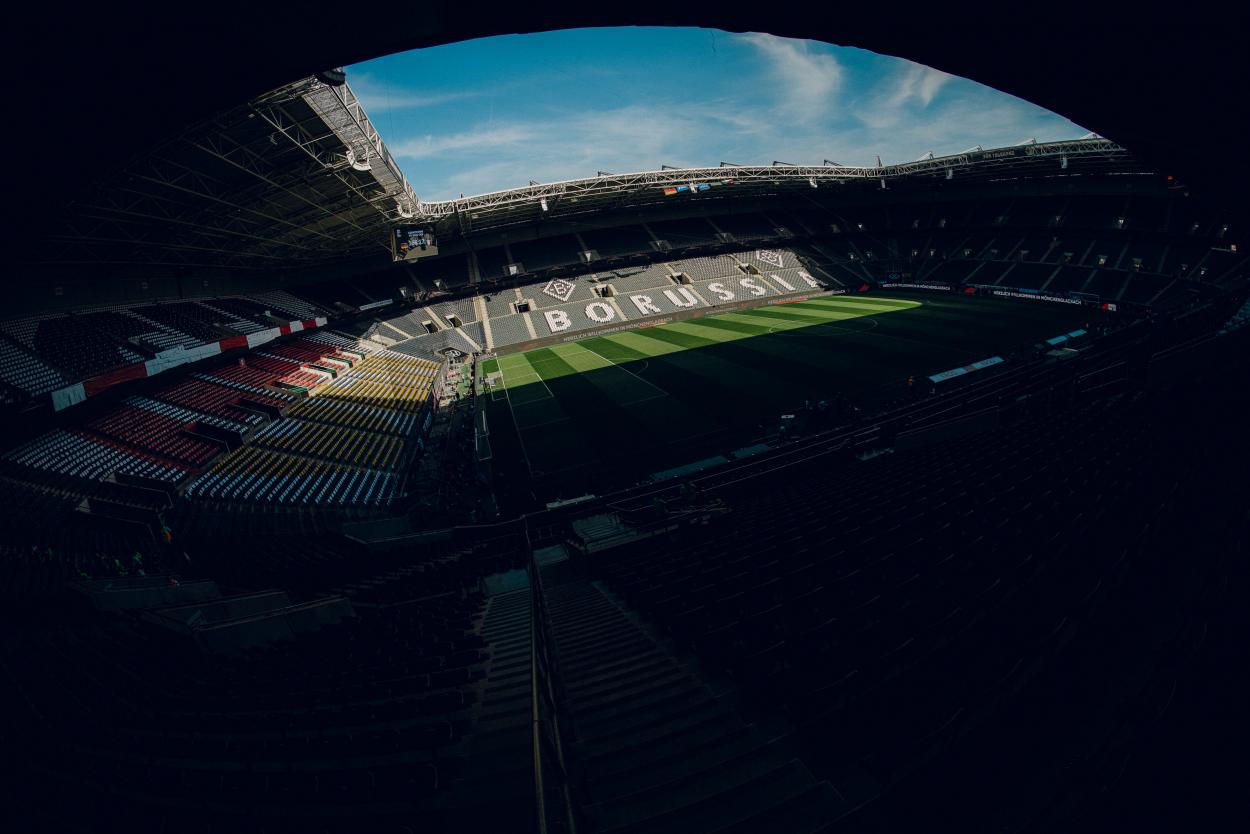 Bernardeschi will be looking to attack the opponent's goal, with his good play and looking to filter into the box, he will go all out to score three goals.
2:04 PM17 days ago

Hoffman is the one Italy will have to pay close attention to, the German player will be looking to generate danger in the opponent's goal.
1:59 PM17 days ago

We are back to bring you up-to-the-minute coverage of the match between Germany and Italy. We will shortly share with you the confirmed line-ups and the most relevant information.
1:54 PM17 days ago

Stay tuned for the Germany vs. Italy live stream.

In a few moments we will share with you the starting lineups for Germany vs Italy live, as well as the latest information from Borussia Park Stadium. Keep an eye on the action with VAVEL's minute-by-minute live online coverage of the match.
1:49 PM17 days ago

How to watch Germany vs Italy Live Stream on TV and Online?

If you want to watch the game Germany vs Italy live on TV, your options is: TUDN.

What time is the match Germany vs Italy matchday 4 of the UEFA Nations League?

This is the kick-off time for the Germany vs Italy match on June 14, 2022 in several countries:

Roberto Mancini spoke ahead of this match; "We are in the last game and it will not be easy. The younger players in recent weeks had the opportunity to train with the more experienced players and that is important, because you can improve in terms of personality."

"They played players who have not been together for a long time and they were together for the first time, I thought it might cost them more. We did a good job, but there is still a lot of work to do. When we are dominant like the other team and move forward smoothly, we will be a step ahead."

"In Serie B there are Serie A guys on loan because they are not considered ready yet, but it's a matter of choices. The guys have to be able to play, they have to have confidence."

"Scalvini is very good. He's technical, he's in good physical shape and he can play in two different positions. He needs experience, but he can become a great player. Luiz Felipe can also become important, I hope he can make his debut and do the same with Caprari who was injured for 15 days."

"It's a team that plays even better than in the past and has a lot of talent. They hold firm and well the pitch with possession. We will face one of the best teams."

Hansi Flick spoke ahead of the match: "The team has made good progress. We haven't lost a game yet, but we've drawn the last four against strong opponents. We expected a bit more and I think we are a bit advanced in our development. These four games allow us to analyze what we need to adjust in September."

"You can set goals, but whether you reach them or not is something completely different. The four draws are not great because I simply want to win and the team feels the same way. We want to win games."

"Wins are always important for the team. We have to give it our all again tomorrow. One is always more convinced about your quality after a win."

"Italy is doing a good job. They have depth in the squad and the lineup is always different. We want to put our opponents under pressure tomorrow. We have to be able to pass the ball better tomorrow and that's our focus."

"In the big picture, sometimes I don't feel that level of conviction. We have to implement our game plan more effectively and force our opponents to lose possession."

"Our attack doesn't lack direction, but it does lack determination and a will to score. This requires not only self-confidence but also freshness, and that's not always possible after such a long season."

How does Italy fare?

Italy is at the top of the group, with one win and two draws, in their last match they drew against England, a match where they did not score a single goal. However, they will be looking for three points against Germany to qualify directly to the next stage. 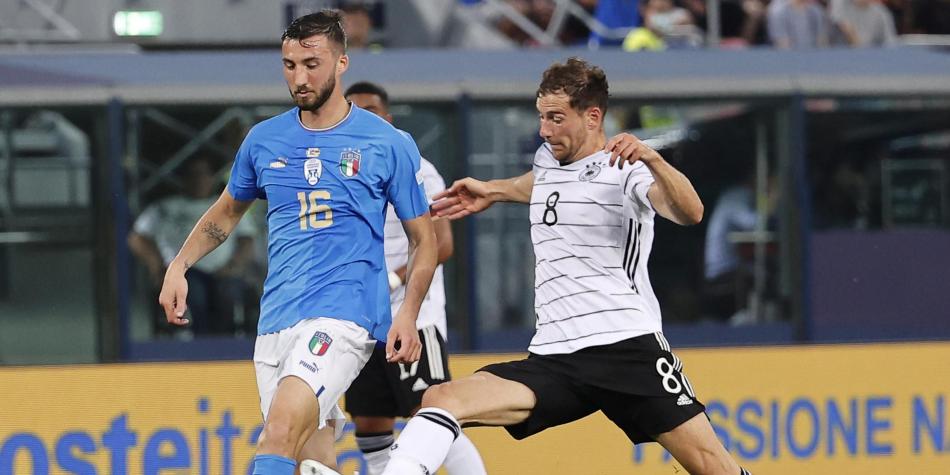 How is Germany coming?

Germany has only three draws in these UEFA Nations League matches, all three games ending with a one-goal scoreline.

The match will be played at Borussia Park Stadium.

The Germany vs. Italy match will be played at the Borussia Park Stadium located in Mönchengladbach, Germany. The stadium has a capacity of 59,724 people.
1:04 PM17 days ago