PER0
END2 hours ago

CAN4
END2 days ago

Valdéz's header is saved by Cota without problems.
12:12 AM6 days ago

Goal, goal, goal by Leon! Villa's left-footed shot, Jimenéz doesn't react correctly and the lead is shortened.
12:08 AM6 days ago

León looks to generate danger, but Jiménez keeps the ball at the back.
11:55 PM6 days ago

Layún's shot, but Tesillo intervenes and sends the ball away from the goal.
11:50 PM6 days ago

Goal, goal, goal for America! Control by Zendejas, then he sends an accurate shot and increases the lead.
11:42 PM6 days ago

Goal, goal, goal by Leon! Colombatto heads in a cross to score the first goal for León.
11:38 PM6 days ago

The game resumes, América will be looking to extend its lead.
11:22 PM6 days ago

Goal, goal, goal for America! Valdés received Layún's cross and sent in an accurate header to score the fourth.
11:14 PM6 days ago

Goal, goal, goal for America! Román Martínez sent a lethal shot from the penalty spot to increase the lead.
11:13 PM6 days ago

Penalty for América! Castillo brings down Fuentes inside the area and the penalty is awarded.
11:13 PM6 days ago

León tries to control América's attacks, but the Azulcremas look to generate danger.
11:01 PM6 days ago

Goal, goal, goal for America! A delayed diagonal and Valdés sends a tremendous shot into the back of Cota's net.
10:47 PM6 days ago

Goal, goal, goal for America! Richard Sánchez sent a shot from close range to open the scoring.
10:46 PM6 days ago

A fairly tight back-and-forth encounter, with both teams looking to generate danger in the opponent's area.
10:37 PM6 days ago

The match between América and León gets underway.
10:31 PM6 days ago

Both teams have already taken the field and are warming up before kickoff.
10:19 PM6 days ago

América is already at the stadium, which will host this important match in the Azulcremas' preparation.
10:14 PM6 days ago

León is already inside the stadium, which will host this friendly match in order to continue preparing for the new tournament that is about to begin.
10:09 PM6 days ago

The fans of both teams are already at HEB Park, tonight they will try to make themselves felt and give their team the confidence to look for the victory.
10:04 PM6 days ago

In the past few hours, Puebla announced the arrival of Omar Fernandez to the Puebla team, Fernandez did not manage to play the desired minutes with the emeralds.
9:59 PM6 days ago

Everything indicates that Mauro Lainez will say goodbye to América after announcing that he will not continue with the team for the next season, and Otero is also expected to leave soon.
9:54 PM6 days ago

Alfonso Alvarado, León's reinforcement for the Apertura 2022, spoke to the media: "It's a challenge for me, I'm really excited and happy to be joining this team that is always competing, and the people, who are supporting me, and who expect the best version of me in every game and in every training session. I want to be with my teammates, that they give me their support, and try to play, which is what a player always wants, to be playing, and to get the best version of each of our teammates, and do a good job in the next tournament".
9:49 PM6 days ago

Jonathan Rodríguez was announced as América's reinforcement for the Apertura 2022, the striker arrives after emigrating to Arabian soccer and having a short stay in that country.
9:44 PM6 days ago

We are back to bring you minute-by-minute coverage of the match between América and León. We will shortly share with you the most relevant information as well as the confirmed line-ups.
9:39 PM6 days ago

Stay tuned for live coverage of América vs.

In a few moments we will share with you the starting lineups for America vs Leon live, as well as the latest information from the H.E.B Park Stadium. Stay tuned to VAVEL's minute-by-minute live online coverage of the match.
9:34 PM6 days ago

How to watch America vs Leon Live Stream on TV and Online?

If you want to watch the game America vs Leon live on TV, your options is: TUDN.

What time is the América vs. León friendly match for the Apertura 2022?

This is the kick-off time for the America vs Leon match on June 22, 2022 in several countries:

Lucas Di Yorio, León's new player, spoke prior to the match: "I decided to come to León because I think it is a nice challenge, it is a step in my career, it is a very important club, I liked the challenge and I wanted to face it".

"He arrived happy, eager to be able to start working and get to know the teammates and the coaching staff. I have spoken with Renato Paiva, but I am very eager to get to know him and do my bit for the team."

"I come to give my best, that's what I can promise the fans and I come to try to add and do my bit."

"So I feel very happy to be here and to be part of it. Mexico is a very nice soccer and (I come) with a lot of desire to face this challenge."

"Soccer in Mexico has grown a lot and that is evidenced by the fact that many elite players have come to play here, I think it is a very competitive and important soccer to be able to be here."

"I don't have a goal, but to try to give the best to the team, to try to help the team and the training, to work very well and that we can get the results we want."

"For me this is a very important and very nice challenge in my career, the tournament starts in 15 days and obviously you have to train and get to know the teammates and start to know the coach's system, but I feel good."

How will Leon arrive?

León arrives to this match after two wins, a draw and a loss, in addition to finishing last season in a bad way in the final stretch. The team now coached by Renato Paiva will be looking to continue adding positive numbers ahead of the Apertura 2022. 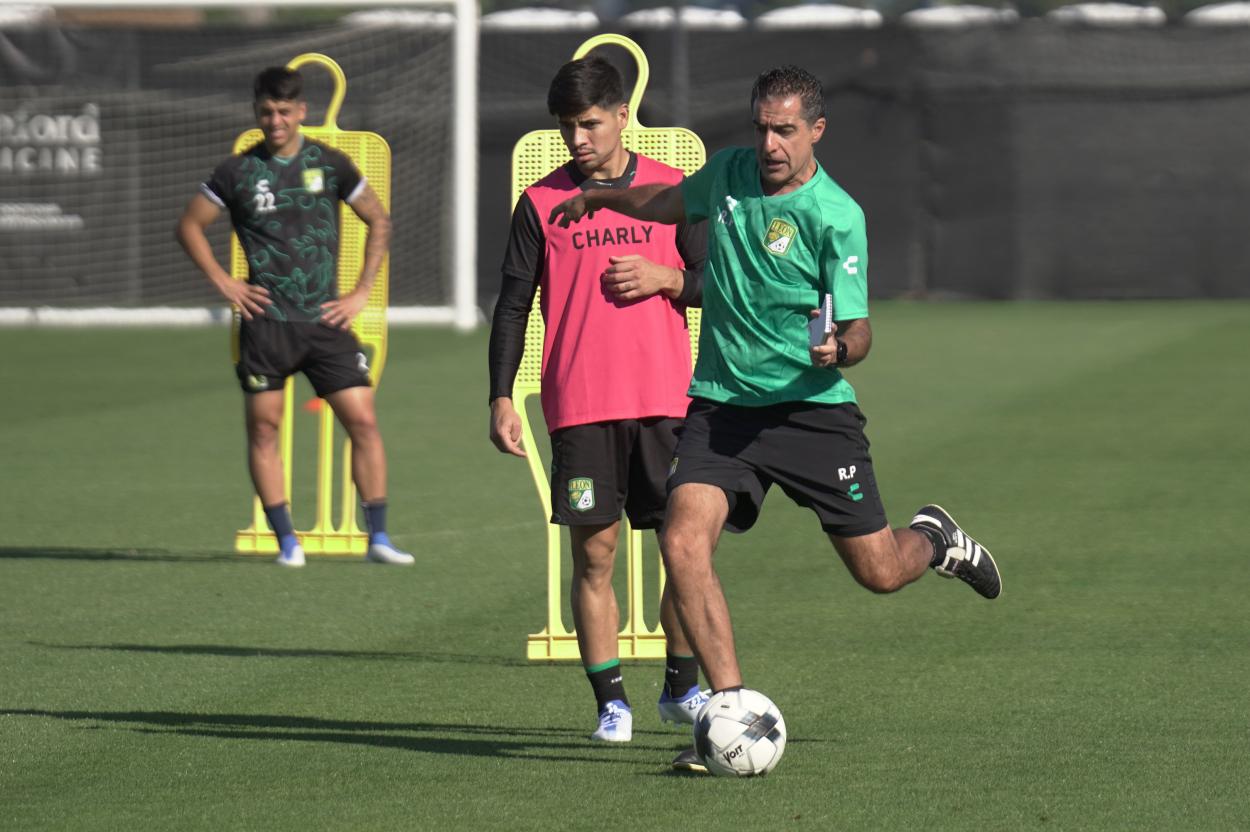 How does América arrive?

América arrives to this match after playing three friendly matches previously, with a win against Cancún, a draw against FC Juárez and a loss against Pumas. The Águilas have not been able to show a positive side in recent tournaments, so now with Fernando Ortíz they will be looking to return to their good times and make it three points in this complicated match. 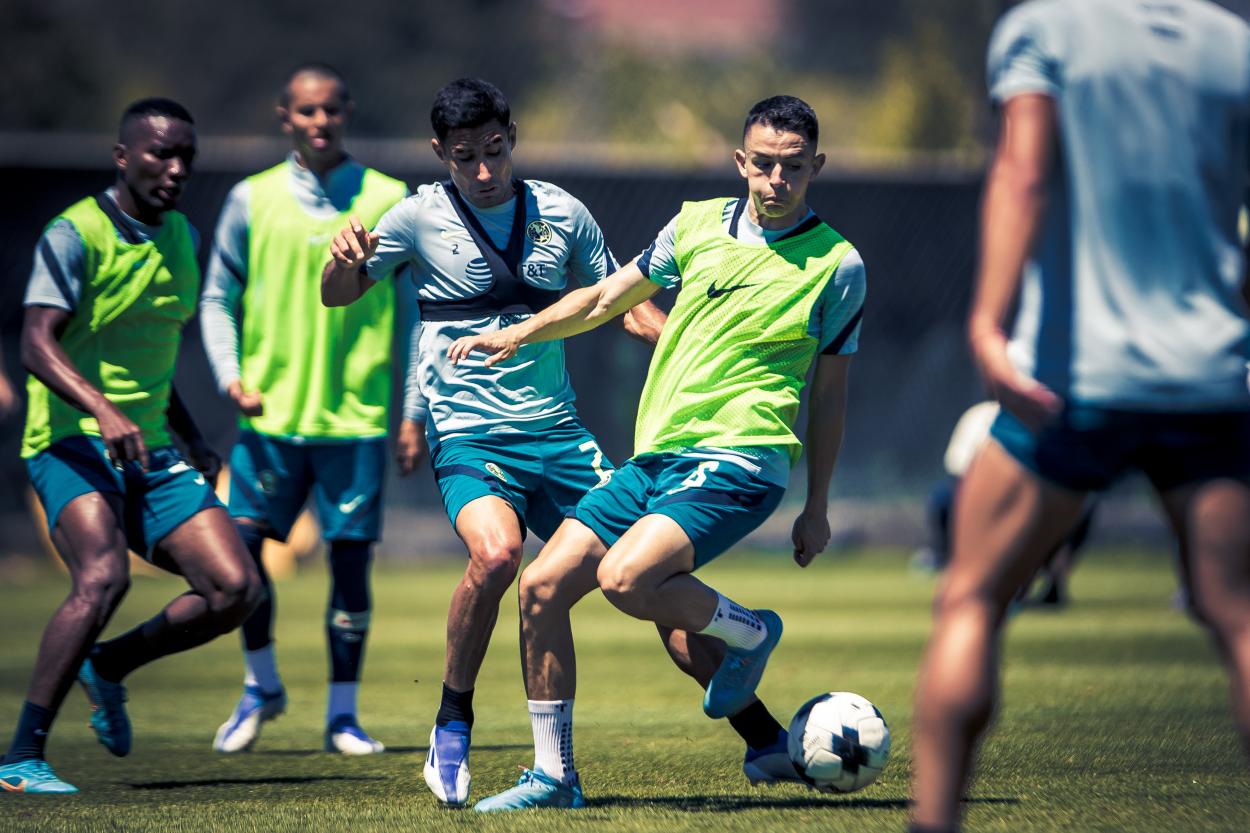 The match will be played at the CEFCU Stadium.

The América vs León match will be played at CEFCU Stadium located in San José, United States. The stadium has a capacity for 30,456 people.
9:04 PM6 days ago

CanWNT South Korea play to a draw 2 days ago
//