COS0
END18 hours ago

It's over! U.S. beats Costa Rica to qualify for the semifinals
8:49 PM18 hours ago

Rodriguez's header, but it goes just wide of Brady's hands.
8:44 PM18 hours ago

Alvarado sweeps, but ends up knocking Aaronson down.
8:42 PM18 hours ago

A powerful shot, but Brady ends up keeping the ball.
8:38 PM19 hours ago

Palo! A shot from Costa Rica, but the ball ends up crashing against the crossbar.
8:32 PM19 hours ago

Aguilera tries to generate danger, but does not reach the opponent's goal.
8:23 PM19 hours ago

Costa Rica looks to cut the lead, but the United States avoids the onslaught.
8:13 PM19 hours ago

He missed it! Aguilera ends up flying the ball with a cannon shot and misses the chance to shorten the score.
8:12 PM19 hours ago

Penalty kick in favor of Costa Rica! The Costa Rican player goes down inside the area and the penalty is awarded.
8:10 PM19 hours ago

Goal, goal, goal for the United States! Aaronson appeared again to send the ball into the back of the net.
8:06 PM19 hours ago

Costa Rica changes. Perez and Rodriguez are replaced by Aleman and Escoe.
7:50 PM19 hours ago

Goalkeeper! Sullivan's shot, but Mora is attentive and avoids the second.
7:26 PM20 hours ago

The game is back and forth, most of the time it is played in the midfield.
7:19 PM20 hours ago

A long-range shot, but Mora was attentive to keep out the second.
7:16 PM20 hours ago

The United States dominates the match against a Costa Rica side that is looking for the goal.
7:06 PM20 hours ago

Goal, goal, goal for the United States! Aaronson receives the ball inside the box, settles in and sends in a left-footed shot to open the scoring.
7:02 PM20 hours ago

Both teams are already warming up prior to the start of this match, in order to get ready for kick-off.
6:45 PM20 hours ago

Both the United States and Costa Rica are already at the San Pedro Sula stadium and will be looking to give their all in this match that will determine who will advance to the next phase.
6:40 PM20 hours ago

Paxten Aaronson spoke ahead of this match, "It's my first real international tournament on a national team where you can win something at the end, and of course Olympic and World Cup qualification, so there are big things at stake and I embrace the competition. I'm looking forward to the rest of the tournament." 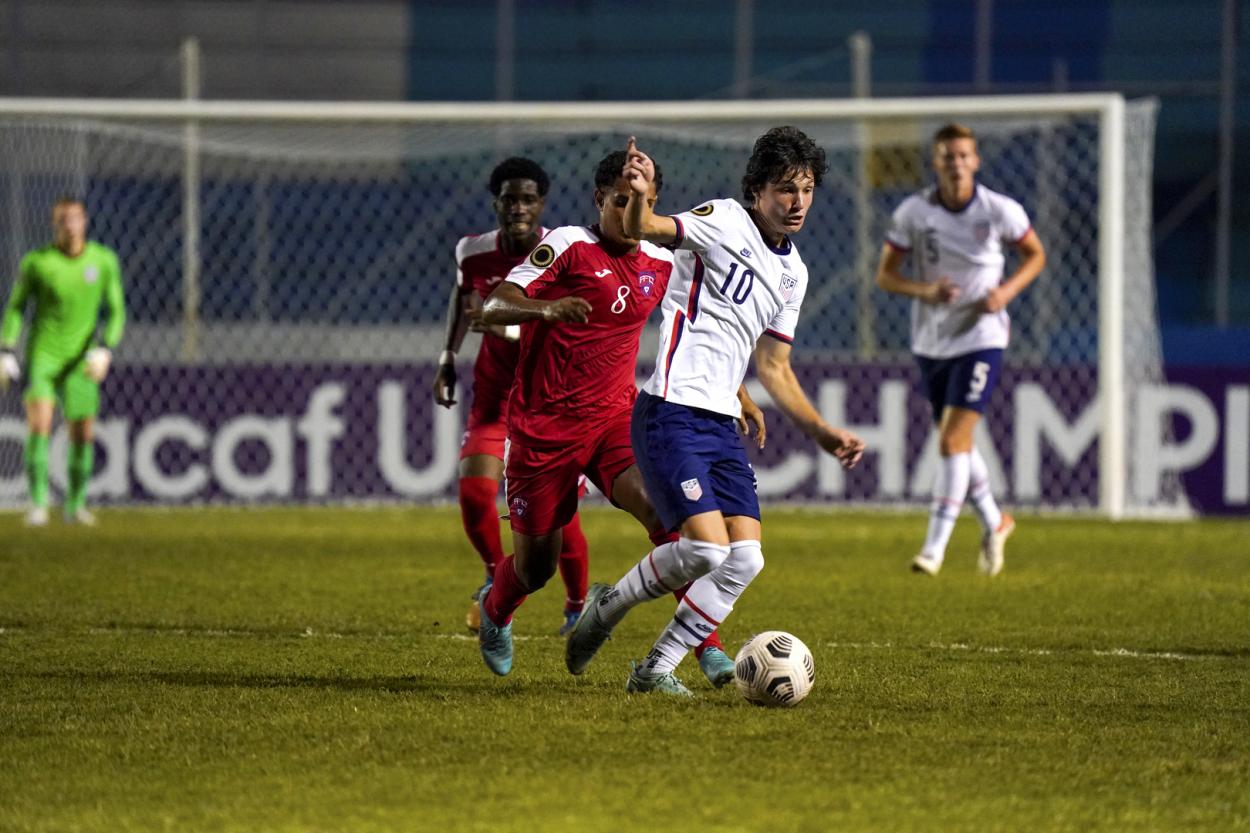 Costa Rica will have to pay close attention to Quinn Sullivan, the player arrives after scoring his brace in the last game, and will also look to generate danger in the Tico area.
6:30 PM21 hours ago

Costa Rica has been victorious twice in this tournament, the first was in 1988 and the second in 2009, and this is its 21st participation.
6:25 PM21 hours ago

Costa Rica has qualified for the FIFA U-20 World Cup nine times, four of which have been in the last seven tournaments.
6:20 PM21 hours ago

The last time these teams met was in 2018, in that match the score ended in four goals to zero in favor of the United States.
6:15 PM21 hours ago

The U.S. has five wins over Costa Rica in previous meetings, while Los Ticos have four wins and three ties in the CONCACAF U-20 Preliminary World Cup.
6:10 PM21 hours ago

We're back to bring you up-to-the-minute coverage of the match between the United States and Costa Rica. We will soon share with you the most relevant information and confirmed lineups.
6:05 PM21 hours ago

In a few moments we will share with you the starting lineups for USA vs Costa Rica live, as well as the latest information from the Estadio Morazan. Stay tuned to VAVEL's minute-by-minute live online coverage of the match.
6:00 PM21 hours ago

How to watch USA vs Costa Rica Live Stream on TV and Online?

If you want to watch the game USA vs Costa Rica live on TV, your options is: TUDN.

What time is the match USA vs Costa Rica in the quarterfinals of the CONCACAF U-20 World Cup?

This is the kickoff time for the United States vs Costa Rica match on June 28, 2022 in several countries:

Vladimir Quesada spoke prior to this match: "The team is growing. We understand that in this match we had options to generate more goals, and the opponent could have also scored at least one more."

"These are very short and strong tournaments, we are already going for four matches in just seven days. In addition, the pitches have been difficult for everyone. But we are happy with the pass to the quarterfinals, that's what we had been thinking about".

"It was important to be able to score a lot of goals ahead of the next match, which is the most important of this tournament".

How is Costa Rica coming in?

Costa Rica comes into this match after defeating Trinidad and Tobago four goals to one in the round of 16, with one win, one loss and one draw in the group stage.
5:30 PMa day ago

How does the United States fare?

The United States comes into the match with two wins and a draw in the group stage, and also qualified for this stage after defeating Nicaragua five goals to one. 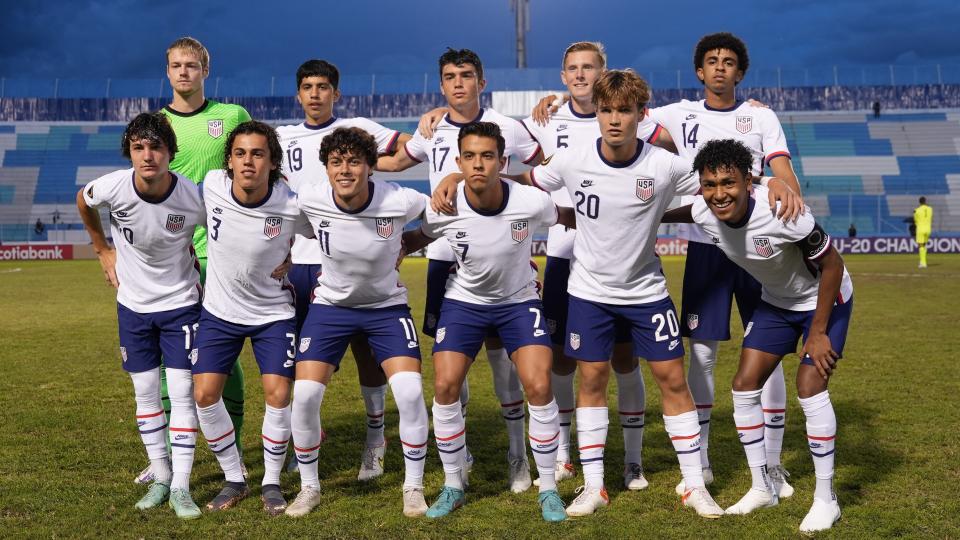 The match will be played at the Morazán Stadium.

The United States vs Costa Rica game will be played at the Morazán Stadium located in San Pedro Sula, Honduras. The stadium has capacity for 18,000 people.
5:20 PMa day ago

Chicago Fire vs Philadelphia Union preview: How to watch, kick-off time, team news, predicted lineups, and ones to watch 19 hours ago