THANK YOU FOR FOLLOWING THE MATCH BROADCAST ON VAVEL

Thank you for watching the match between Necaxa and Toluca on VAVEL. Keep visiting the VAVEL portal to keep up to date with the world of sports.
7:49 PMa month ago

The match ends at the Estadio Victoria, Toluca defeats Necaxa in the start of Day 1 of the Liga MX.
7:41 PMa month ago

Raúl López (Toluca) right footed shot from the right side of the box misses to the left. Assisted by Fernando Navarro.
7:37 PMa month ago

Ulises Cardona (Necaxa) header from the center of the box misses to the left. Assisted by Dieter Villalpando with a cross following a cross.
7:31 PMa month ago

Camilo Sanvezzo (Toluca) converts the penalty with a right footed shot from a low angle to the left post.
7:21 PMa month ago

First half ends, Toluca beats Necaxa 1-2 in the first half
6:42 PMa month ago

Goal! Necaxa 1, Toluca 2. Fabricio Formiliano (Necaxa) header from very close range to the right side of the goal. Assisted by Brayan Garnica with a cross following a corner.
6:36 PMa month ago

Gooooool! Necaxa 0, Toluca 2. Valber Huerta (Toluca) left footed shot from the center of the box to the right side of the goal. Assisted by Jean Meneses with a cross following a corner.
6:19 PMa month ago

Leonardo Fernández (Toluca) has been fouled in the defensive half and wins possession of the ball for the visitors.
6:12 PMa month ago

GOOOOOOOOOL FOR TOLUCA! Fingers Lopez scores the first for the devils and they are already ahead
6:02 PMa month ago

The match between the Necaxa Rays and the Toluca Red Devils kicks off. Both teams will be playing in the Apertura 2022.
5:53 PMa month ago

In a couple of minutes we will start the broadcast of the duel between Necaxa and Toluca from the Estadio Victoria, both teams will be looking for their first victory of the season.
5:52 PMa month ago

WHAT WAS THE OPENING MATCH OF THE TOURNAMENT LIKE?

The opening match ended up being Mazatlán vs Puebla from the "El Kraken" Stadium, in which the team coached by Nicolás Larcamón won 2-4 over the locals, obtaining their first three points of the championship and placing themselves as general leaders.
5:50 PMa month ago

WHERE TO WATCH THE GAME?

The game can be tuned in through the VIX app where TUDN will be showing the game for free and exclusively. The game will not be broadcast on broadcast television as this is an exclusive game.
5:43 PMa month ago

WHY WAS THE GAME DELAYED?

Originally, the game was scheduled for yesterday at 7:00 PM, however, an electrical rain forced the game to be delayed for half an hour and then the game was postponed for today at 5:00 PM.
5:38 PMa month ago

NOW THERE IS A GAME

The long wait is over, now the Liga MX actions are back with the duel between Necaxa and Toluca at the Estadio Victoria. Both teams will be competing for the first three points of the tournament.
5:33 PMa month ago

The duel continues to be delayed because the rain has increased and the teams had to return to the dressing room.
5:28 PMa month ago

The kick-off ceremony is just minutes away to inaugurate the new league season.
5:23 PMa month ago

TO CHANGE THE FACE OF THE CLUB

Toluca has the obligation to leave a good taste in their mouths in this first match, as they know the importance of cleaning up the past bad tournament.
5:18 PMa month ago

THE TEAMS ARE WARMING UP

Players from both teams are already warming up for the kick-off whistle. Liga MX kicks off in a few minutes.
5:13 PMa month ago

Due to weather conditions, the game is delayed for 15 minutes. The game was originally scheduled to start at 7:00 pm, now the kick-off will be at 7:15 pm.
5:08 PMa month ago

In a couple of minutes we will start with the broadcast of the match: Necaxa vs Toluca, matchday 1 of Liga MX from the field of Estadio Victoria.
5:03 PMa month ago

These are the lineups that directors Jaime Lozano (Necaxa) and Ignacio Ambriz (Toluca) will send to the field for Matchday 1 of Liga MX.

TO GET RID OF THE PATERNITY

In the last three games between Necaxa and Toluca, the choriceros have beaten Toluca three times, so the team led by Jimmy Lozano will have the mission to get rid of this bad streak.
4:53 PMa month ago

For the leader of the Devils, Toluca will have the obligation to have a great tournament and get good results to return the greatness that characterizes the club.
"We are very happy. We are all very excited about the next tournament, we are eager to return the prestige of the club, which is one of the biggest clubs in Mexico," said Ignacio Ambriz.
4:48 PMa month ago

DOES NOT RULE OUT THE ARRIVAL OF ONE MORE REINFORCEMENT

For Jaime Lozano, DT of Club Necaxa, the hydrocálido team has a good roster to think big in this Apertura 2022, however, he did not rule out the idea that one more reinforcement could arrive to the team before the transfer market closes.
4:43 PMa month ago

THE ISSUE OF UNIFORMS

Necaxa will not wear their home jersey for the start of the tournament despite being local, instead, they will wear their blue away jersey because a few days ago Deportivo Toluca suffered a theft of the team's apparel, so they will wear white, the same color that the rays will wear in this match, but to avoid confusion, such an agreement was reached.
4:38 PMa month ago

The Lamborjimmy will seek to continue with the rhythm they closed the last tournament now in this new edition of the championship, despite not presenting a stellar rain of reinforcements, Jaime Lozano and company demonstrated that it is only necessary to sweat and leave the heart on the field so that things start to go well, so they will want to keep the three points in their field.
4:33 PMa month ago

The team from Mexico was one of the teams that was reinforced the most for the start of this championship, the Toluca Devils have the mission of making amends for the mistakes made in the previous championship and giving their fans the happiness they owed them in the Clausura 2022.
4:28 PMa month ago

The wait is over, Liga MX returns to start a new tournament and search for a new champion in this adventure called Apertura 2022. Day 1 will kick off with the opening match between the Rayos del Necaxa and the Diablos Rojos del Toluca at the Estadio Victoria. Who will take the first three points of this tournament?
4:23 PMa month ago

Do not miss a detail of the match with the live updates and commentaries of VAVEL. Follow along with us all the details, commentaries, analysis and lineups for this Necaxa vs Toluca match.
4:18 PMa month ago

What time is Necaxa vs Toluca match for Liga MX game?

This is the start time of the game Necaxa vs Toluca of 1st July in several countries:

Watch out for this Necaxa player:

For this match, the player to watch throughout the 90 minutes will be Mexican goalkeeper Luis Malagon. Malagon has earned the starting goalkeeper position with the Rayos del Necaxa and little by little he has become one of the best goalkeepers in Liga MX, so it will be a challenge for the opposing offense to beat him. 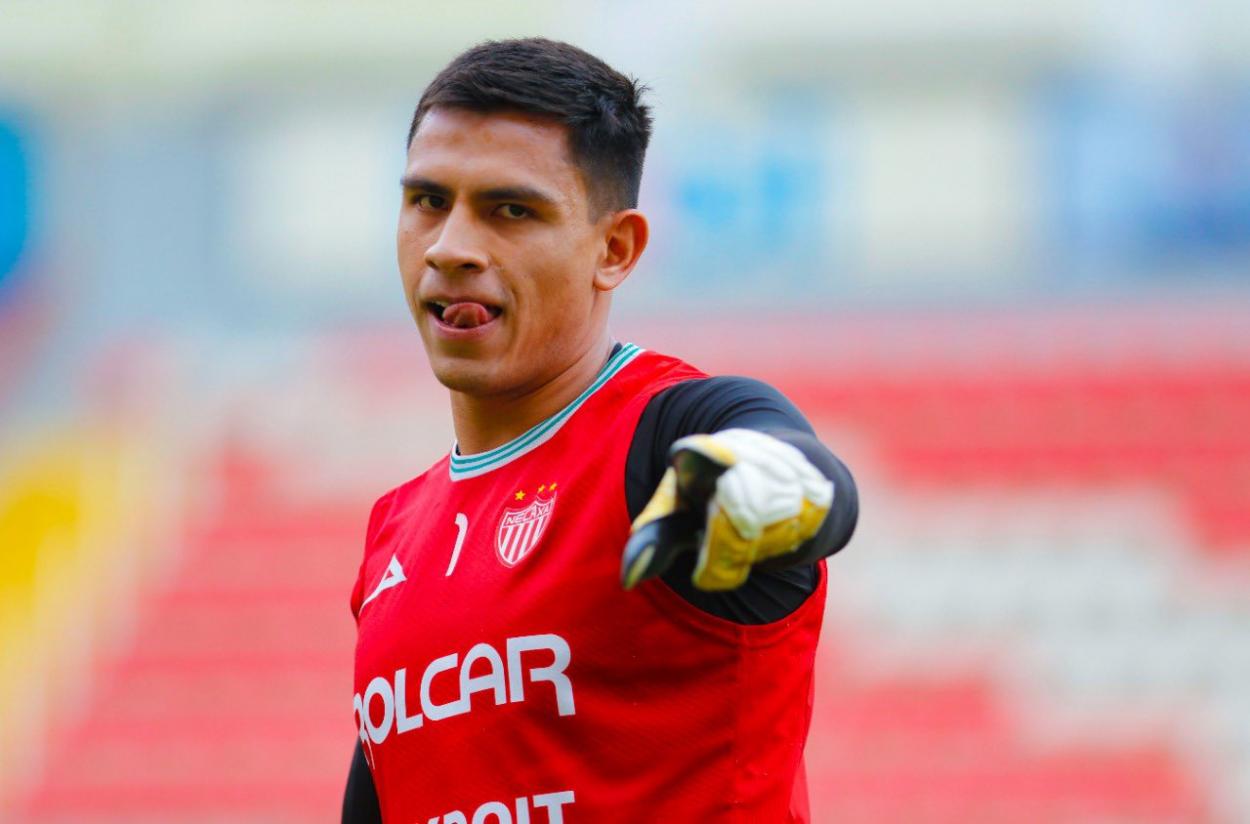 Watch out for this Toluca player:

For this match, the player to watch will be Marcel Ruiz, the newly devilish midfielder who has arrived to reinforce the devils in this tournament. Marcel Ruiz has become one of the most promising players in the midfield, and he was one of the players that the board made a lot of effort to bring in, so we will have to keep an eye on him throughout the 90 minutes. 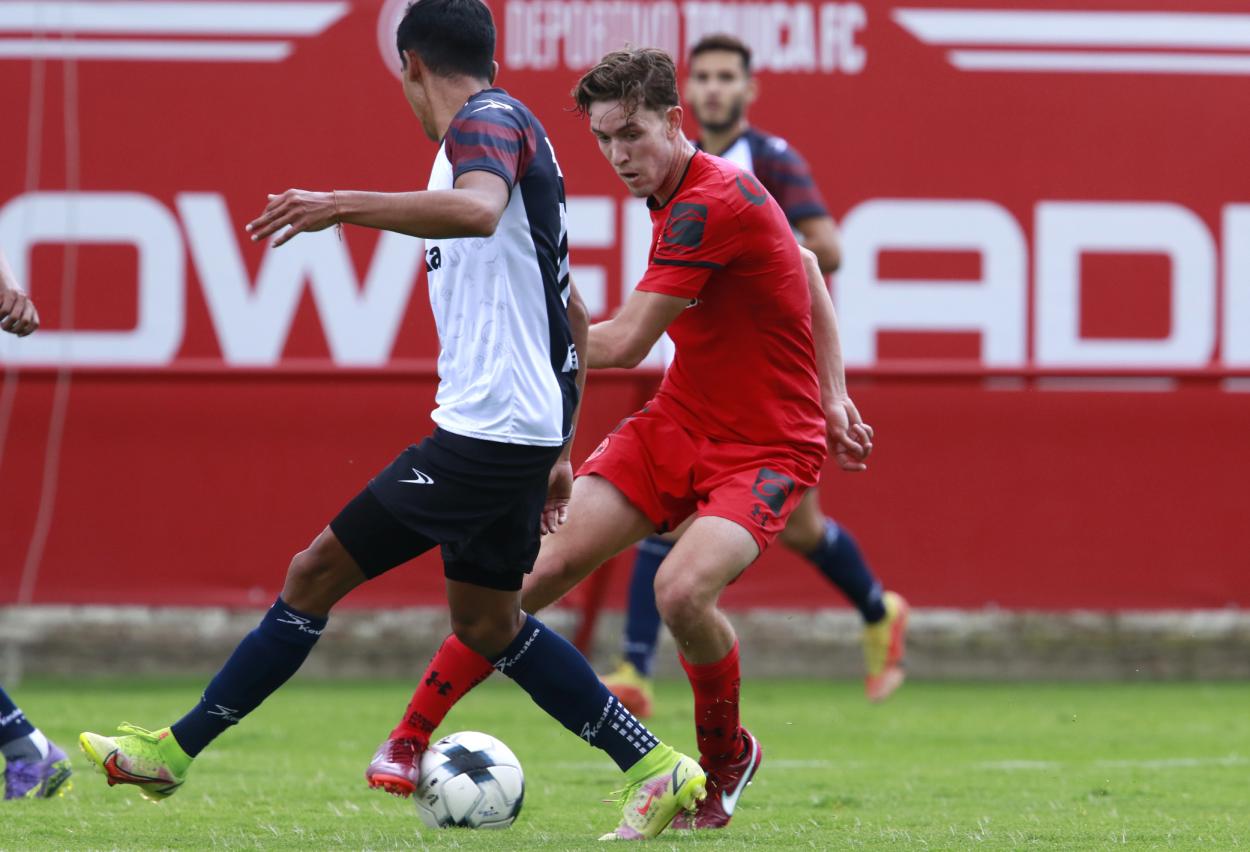 Necaxa and Toluca have faced each other a total of 36 times (14 wins for Toluca, 10 wins for Necaxa and 12 ties) where the advantage is in favor of Toluca, likewise, in goals, it is Toluca who has the advantage with 51 goals scored over 40 by Necaxa. Their last meeting dates back to matchday 9 of the Clausura 2022 Tournament, where Toluca won by the narrowest of margins.
3:48 PMa month ago

Estadio Victoria is a sports venue located in the city of Aguascalientes, Mexico, home of the Necaxa soccer team. It has a capacity for 25,500 spectators, 11 emergency exits, and a snack bar inside the stadium. The name of the stadium was sold under a 25-year concession to Grupo Modelo, which named it Victoria after the brand name of one of its beers.

The property is currently located in the so-called Aguascalientes Sports Area, which houses a baseball park, a gymnasium, a basketball court, a velodrome, a semi-Olympic pool, among others.

The red devils of Toluca will begin their participation in the Apertura 2022 by visiting Necaxa, the team from Mexico had a sad performance in the previous tournament where they were eliminated in the regular phase and without the possibility of being able to fight for a place in the playoffs. Now, with a completely renewed squad and a great desire to succeed in this tournament, Toluca will be looking to surprise and be the number one candidate to win the trophy, three points are what the team from Mexico will be looking for to take home and start their participation in the tournament on the right foot.
3:38 PMa month ago

The Rayos seek to win at home

The Necaxa team will be looking to start the tournament on the right foot when it opens the Apertura 2022 at the Victoria Stadium when it hosts the Toluca Red Devils. The team coached by Jaime Lozano reached the playoffs last tournament after a terrible start, and in the playoffs the Rayo lost in a penalty shootout against Cruz Azul at the Azteca, ending their performance in the Clausura 2022. Now, with renewed illusions, they will be looking for their first three points against Necaxa and to make their presence felt in the hydrocálido ground.
3:33 PMa month ago

Liga MX is back with all the action and excitement of every tournament, in this tournament kick-off the teams only had a month to prepare themselves to start a new adventure called Apertura 2022, a championship that will have a high intensity without rest from now until November, so this time the teams will have to give 100% at all times to win the championship at the end of the road. For this first matchday, Diablos Rojos del Toluca and Rayos del Necaxa will face each other for the first three points of the championship.
3:28 PMa month ago

The Necaxa vs Toluca match will be played at the Estadio Victoria, in Aguascalientes, Mexico. The kick-off is scheduled at 20:00 pm ET.
3:23 PMa month ago

Welcome to VAVEL.com’s LIVE coverage of the 2022 Liga MX Match: Necaxa vs Toluca!