It's over! Puebla wins the match and earns its first three points of the tournament.
12:11 AMa month ago

VAR! The video referee corrects the play and signals a direct free kick outside the area.
12:06 AMa month ago

Penalty for Puebla! Barragán brings down Padilla and the referee does not hesitate to award the penalty.
12:01 AMa month ago

Goalkeeper! A shot from outside the area by Bárcenas but Silva ends up deflecting the ball.
11:56 PMa month ago

Close! Benedetti's dangerous cross and osa fails to push the ball in.
11:51 PMa month ago

Goal, goal, goal for Puebla! Amaury Escoto appeared in the middle and sent the ball into the back of the net.
11:41 PMa month ago

Padilla's shot goes over the goal.
11:36 PMa month ago

Sosa tries to control, but Gularte ends up taking the ball away from him.
11:26 PMa month ago

Goal, goal, goal for Puebla! Barragán finds a rebound, pushes the ball in and scores the third for Puebla.
11:16 PMa month ago

Cortizo's cross, but the ball goes wide.
11:06 PMa month ago

Goal, goal, goal for Mazatlan! Marco Fabián's cross is headed in by Eduard Bello for the home side's first goal.
11:01 PMa month ago

The action resumes for the second half.
10:56 PMa month ago

Close! Vidrio's shot, but Silva manages to deflect the shot.
10:51 PMa month ago

Benedetti's cross is correctly cut by Mancuello.
10:41 PMa month ago

Moreno's shot at Vikonis' goal, but the ball goes over the goalkeeper's head.
10:36 PMa month ago

Close! Marco Fabián gets on the end of a cross, but the ball goes just wide of the far post.
10:31 PMa month ago

Goal, goal, goal for Puebla! Vikonis' rebound, Aristeguieta counter-attacks and sends the ball into the back of the net.
10:16 PMa month ago

Marco Fabián's cross, but nobody manages to connect with the ball and the Puebla defense pushes the ball away.
10:11 PMa month ago

Yes it is! After a VAR review, the referee signals Reyes' goal valid five minutes after kickoff.
10:06 PMa month ago

Goal... ANNULLED! Reyes scored the first goal of the tournament, but the referee signals offside.
10:01 PMa month ago

The Apertura 2022 tournament kicks off in Mazatlan.
9:56 PMa month ago

Both teams have already taken to the field for warm-ups prior to the start of the Apertura 2022.
9:41 PMa month ago

Puebla, with Larcamón at the helm, have already arrived at the Kraken, where they will be looking for the first three points of the competition.
9:36 PMa month ago

Mazatlán is already at their stadium, they will be looking to start the tournament on the right foot and beat Puebla, who have given them several headaches in past matches.
9:31 PMa month ago

The reinforcement Gastón Silva will start in Puebla's defense, in which he will try to command it to avoid dangerous arrivals.
9:26 PMa month ago

Both Nicolás Vikonis and Antony Silva are goalkeepers that provide great security, being one of the pillars of their respective teams, tonight they will try to stop everything and avoid the opponent's attacks.
9:21 PMa month ago

There have been five occasions in which these two teams have faced each other over the course of the tournaments; Puebla has three wins against Mazatlan's one, in addition to adding a draw to their numbers.
9:16 PMa month ago

This is how the Kraken looks like to receive the first game of the tournament, Puebla will visit Mazatlan looking for the first victory. 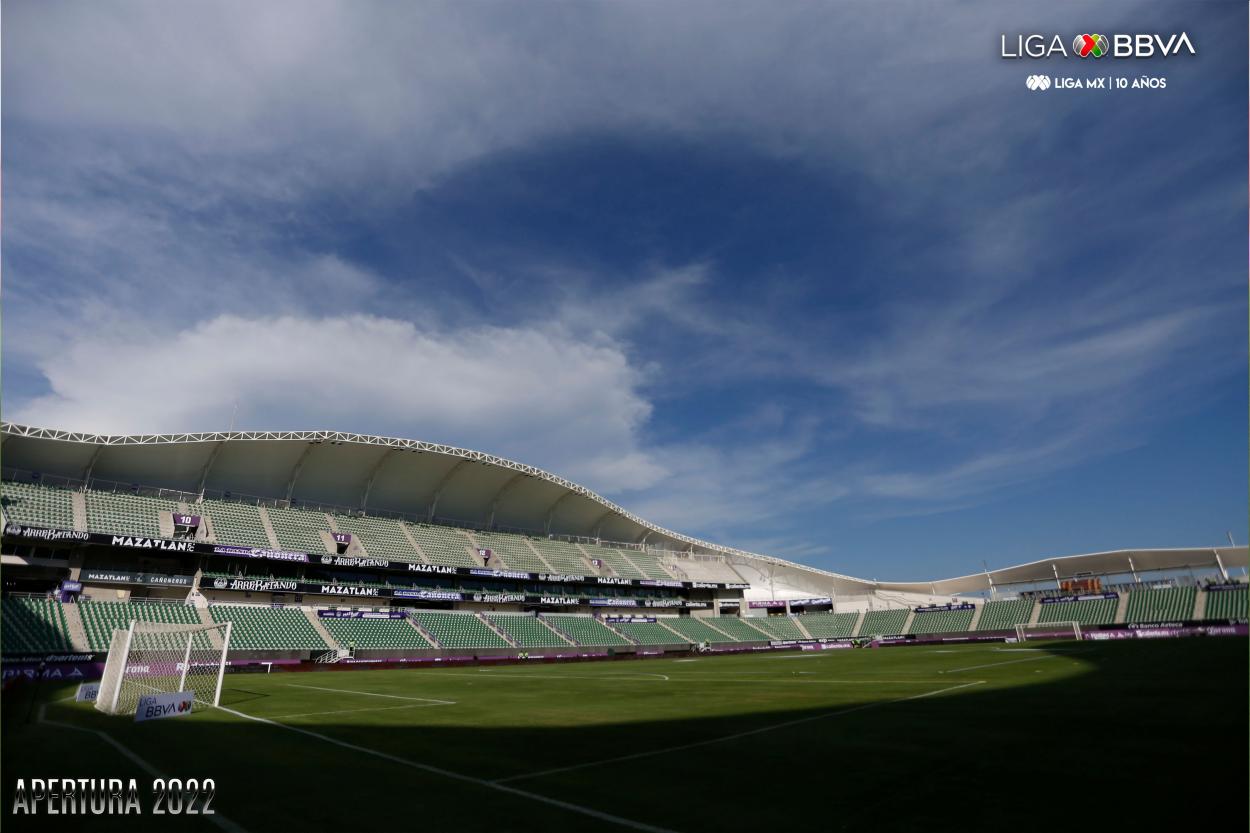 This match will kick off the start of the 2022 Liga MX Apertura. The match that was to open the day was suspended due to a thunderstorm and did not kick off.
9:06 PMa month ago

We're back for minute-by-minute coverage of Mazatlan vs. Puebla. We will be sharing the starting lineups as well as the most relevant team information shortly.
9:01 PMa month ago

Stay tuned for the Mazatlan vs Puebla live stream

In a few moments we will share with you the starting lineups for Mazatlan vs Puebla live, as well as the latest information from Kraken Stadium. Stay tuned for up-to-the-minute live coverage of the match on VAVEL.
8:56 PMa month ago

How to watch Mazatlan vs Puebla Live Stream on TV and Online?

If you want to watch the game Mazatlan vs Puebla live on TV, your options is: TUDN.

Mazatlan StatementsGabriel Caballero, Mazatlán's coach, spoke prior to this match: "We closed the last tournament very well, winning four and tying two. The team ended up playing very well and with the base of 80 percent, we hope to get the three points tomorrow and start the illusion"."The squad, although Nico Díaz and Iván Moreno left, it is a management process on the part of the institution, because it is the way it subsists and that gives a space to the U-20 boys who need that process and opened that margin to bring reinforcements, one more player is still missing and we hope that next week he will arrive"."We need the locale to be strong, we want to make it felt here, with the players' impulse, with the illusion of starting the tournament, we have two games to go on and take advantage of the temperature in Mazatlan and we must try to make the locale strong and then go step by step, we want to have a better tournament."How will Puebla fare?

Puebla also fell by the wayside on their way to the final of the Clausura 2022, however, they got further than Mazatlán, the team coached by Larcamón did qualify for the playoffs. In terms of new players, Luis García, Iván Moreno, Omar Fernández, Gastón Silva and the return of Santiago Montiel and Emiliano García, who had been playing in Europe, as well as the purchase and renewal of Jordi Cortizo. In terms of departures, so far only Salas and Segovia have left the club. 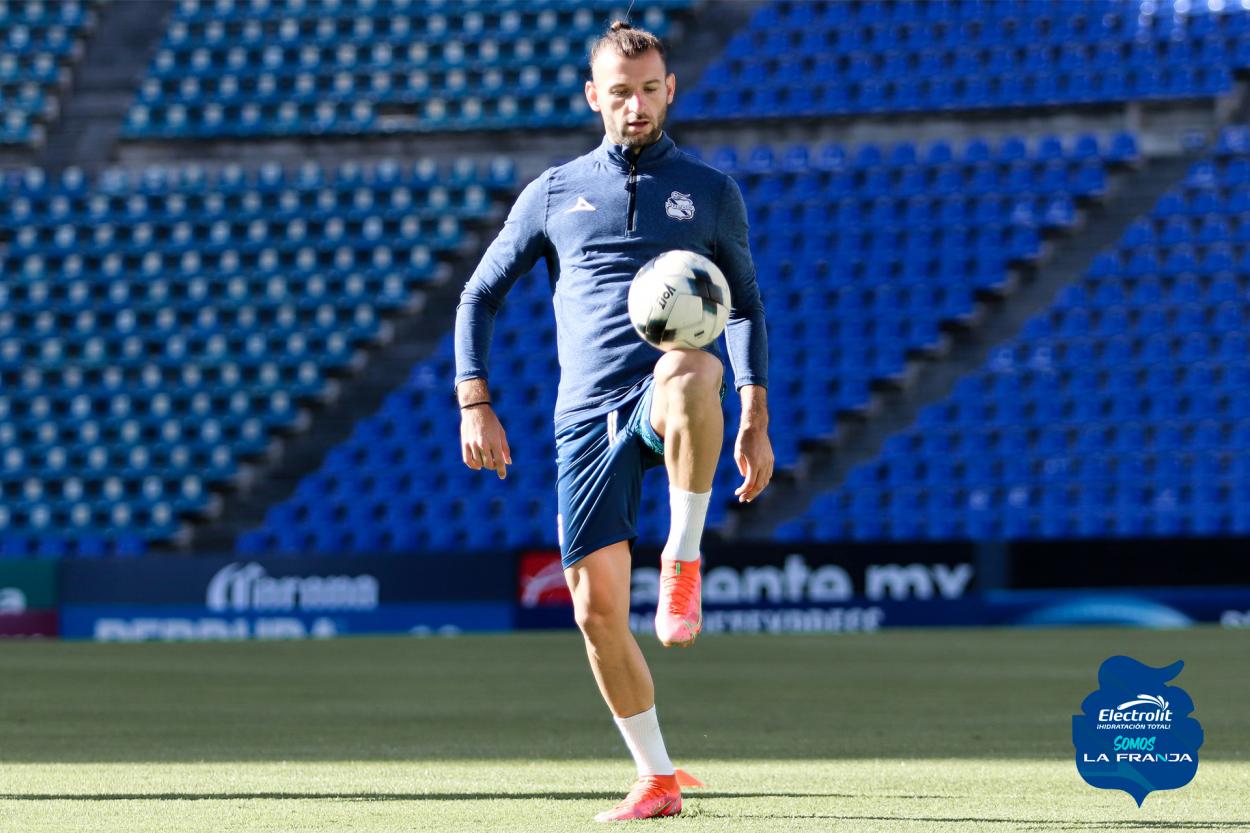 How is Mazatlan coming?

Mazatlán arrives at this Apertura 2022 with many new players, despite the addition of Efraín Orona, Fernando Illescas, Yoel Bárcenas, and Enrique Cedillo, as well as the renewal of Marco Fabián; it has five important departures: Jesús Zavala, Richard Ríos, Jorge Zárate, Gonzalo Freitas, Iván Moreno and Nico Díaz. Gabriel Caballero's team will be looking to get off to a good start and get into the Playoffs, of which they were just a step away in the Clausura 2022. 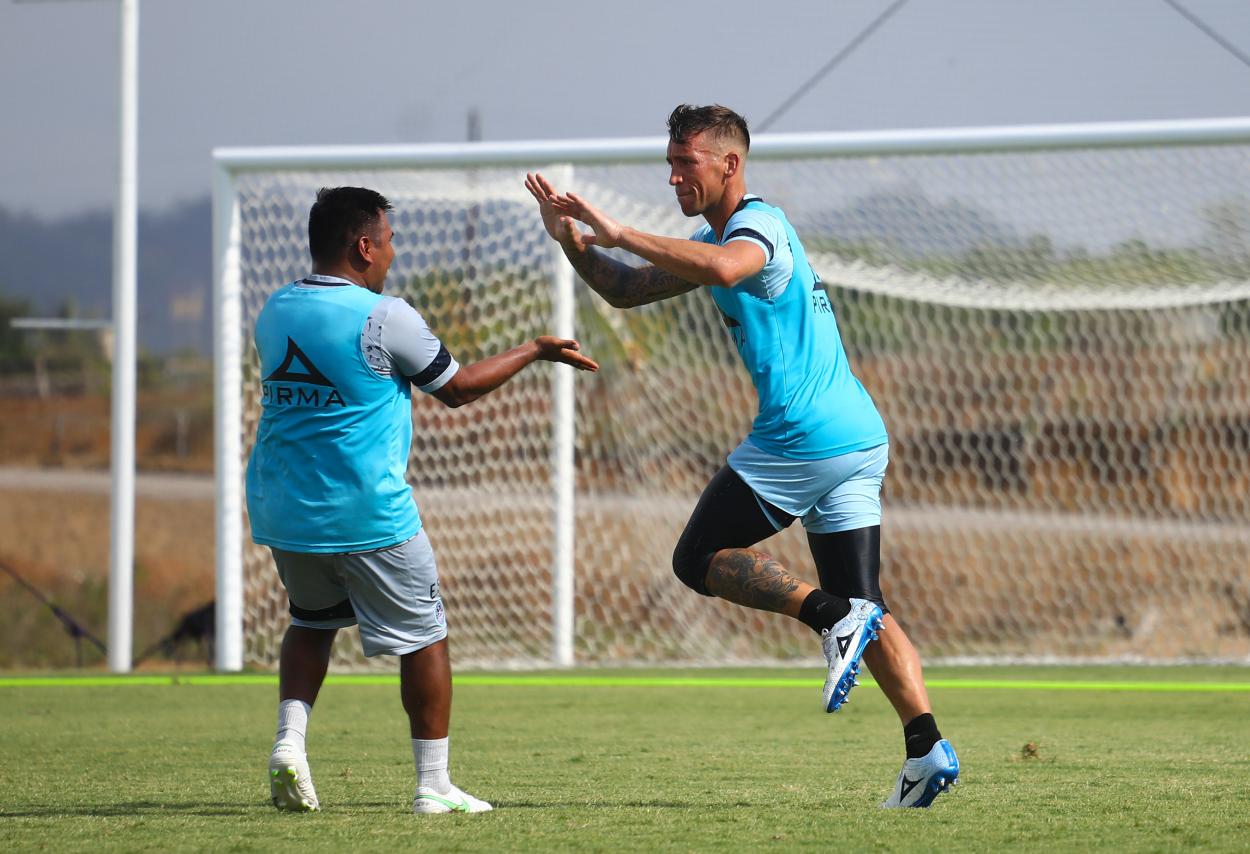 The match will be played at Kraken Stadium.

The Mazatlán vs Puebla match will be played at Kraken Stadium located in Mazatlán, Sinaloa. The stadium has a capacity for 25,000 people.
8:36 PMa month ago

Diaz, Zelarayan lift Columbus in 3-2 win over NYCFC an hour ago