Quiñones shoots head-on with Ochoa, but Guillermo saves what could have been América's first. Five minutes were added.
12:00 AM2 months ago

Mauro Manotas leaves injured, Bryan Trejo enters. First game for Mauro, who leaves due to injury, he enters at minute 55.
11:53 PM2 months ago

Quiñones had the most dangerous play on the Atlas side, but the American defense deflected it, and Fidalgo came on for Dos Santos.
11:50 PM2 months ago

Alarm bells go off, Camilo Vargas is injured, the doctors come in to attend to the goalkeeper, but it seems that he will continue without any discomfort.
11:48 PM2 months ago

The scoreless score is maintained, but both sides are trying to find the first goal, and the goalkeepers are showing a good performance.
11:26 PM2 months ago

The young Iker Moreno is left alone with Vargas, but fails to win the duel against the Colombian goalkeeper.
10:59 PM2 months ago

It was a close call!
Ozziel Herrera's shot off a pass from Quiñones, hits the post, Atlas is close to the first, 3 more minutes are added.
10:54 PM2 months ago

Alarm bells are going off in América, because Roger is out injured due to muscular problems, Iker Moreno from the youth team will have minutes in this first matchday.
10:46 PM2 months ago

Miguel Layún's shoe with a bolea shot, but Camilo covers it.
10:45 PM2 months ago

Another warning from América, a shot by Aquino that goes over the crossbar of Camilo Vargas' goal.
10:40 PM2 months ago

Good intervention by Santamaría to pause the play of Diego Valdés. This could have been a dangerous chance for the Azulcrema team.
10:25 PM2 months ago

Roger Martinez brings the ball down in the box, his shot is deflected, and America is on the alert again.
10:21 PM2 months ago

Nearby, homegrown player Roman Martínez fired a diagonal shot, which went wide, but caused a danger for the academy's defense.
10:18 PM2 months ago

America had a warning with a shot by Roger Martinez, but it was just over the goal of Camilo Vargas.
10:16 PM2 months ago

Ozziel Herrera is encouraged to hit from outside the area, but without danger to the goal defended by Ochoa.
10:13 PM2 months ago

The ball is rolling at the Azteca Stadium.
9:50 PM2 months ago

They are only thinking about America

Anderson Santamaria, prior to this game against the eagles, spoke about the expectations they have for this tournament with the academy and their first opponent.

"We are working on the mental side, Professor Coca is instilling in us that we must all be at 100 percent, not just the eleven that he used in the first few games, this is because of the string of matches, we must have the whole team available, we do not have such a large squad."

"America is a great Mexican team, I see them as very well prepared, because they gave continuity to a coach, today we are focused on América, who is our rival to beat".

I made the best decision

One of América's new reinforcements, Néstor Araujo spoke during the week about his expectations upon arriving at Coapa.

"In Europe you are at your best, competitive, nothing should change here, with that idea I come here to help, to do my bit, I decided to come to America, to play in a World Cup. It's a great team I'm in, it's a good squad, I have to work hard and get used to it as soon as possible".

The two teams are already at the Estadio Azteca, just minutes away from warming up and then kicking off the match at the Coloso de Santa Ursula. 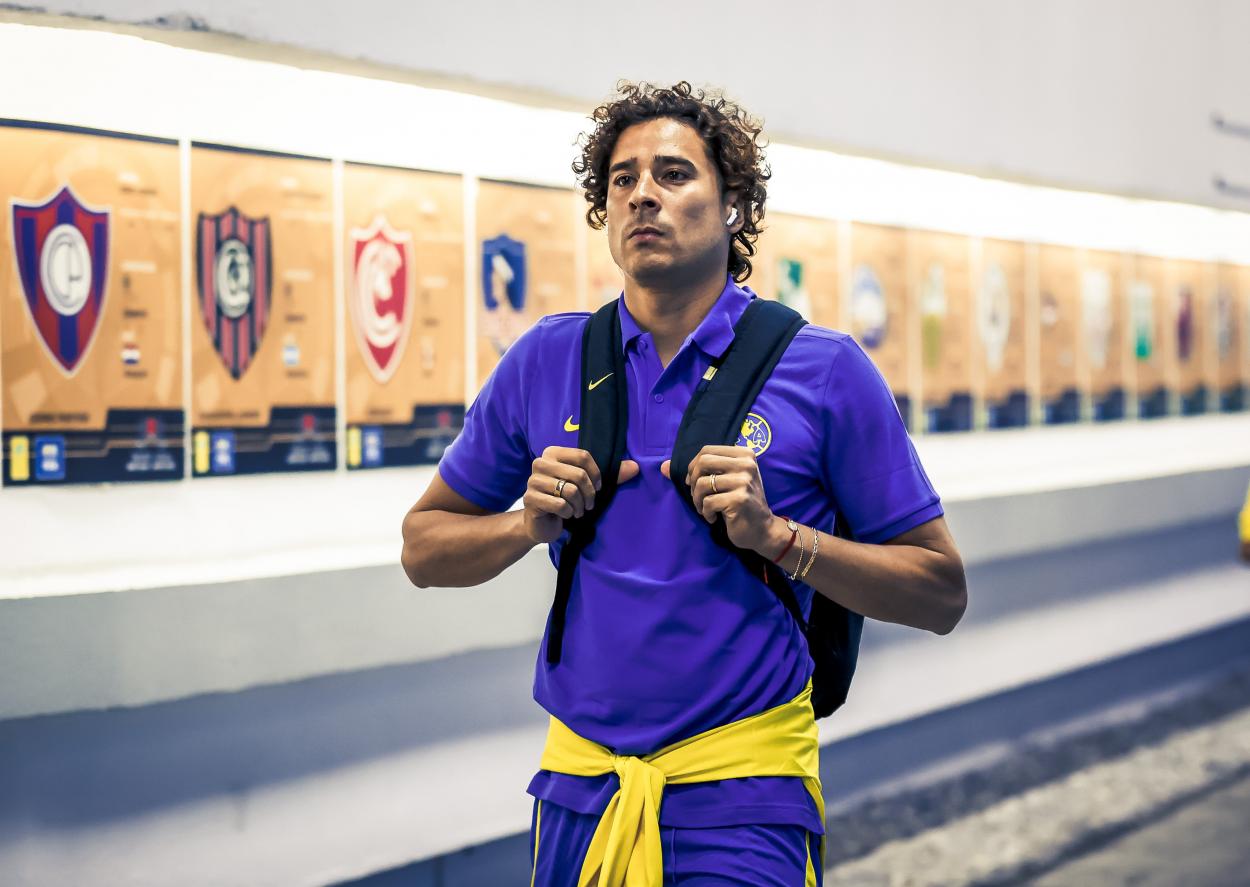 On the American side, the new reinforcement that arrived a few days ago, Jonathan 'cabecita' Rodríguez, will not be available due to a lack of rhythm, as he has barely had his first training session with the rest of his teammates. On the other hand, Julio Furch, the Argentinean striker, is ruled out because he underwent maxillofacial surgery and a root canal. He will be out for two weeks.
9:22 PM2 months ago

We are just minutes away from the start of the game between América vs Atlas, from the Azteca Stadium, corresponding to the first game of the Liga MX season. In a few moments we will share with you the lineups of the teams, with many surprises on both sides.
9:17 PM2 months ago

We're back for minute-by-minute coverage of the match between América vs Atlas. We will shortly share with you the confirmed lineups, as well as relevant facts about the clash between these two teams. 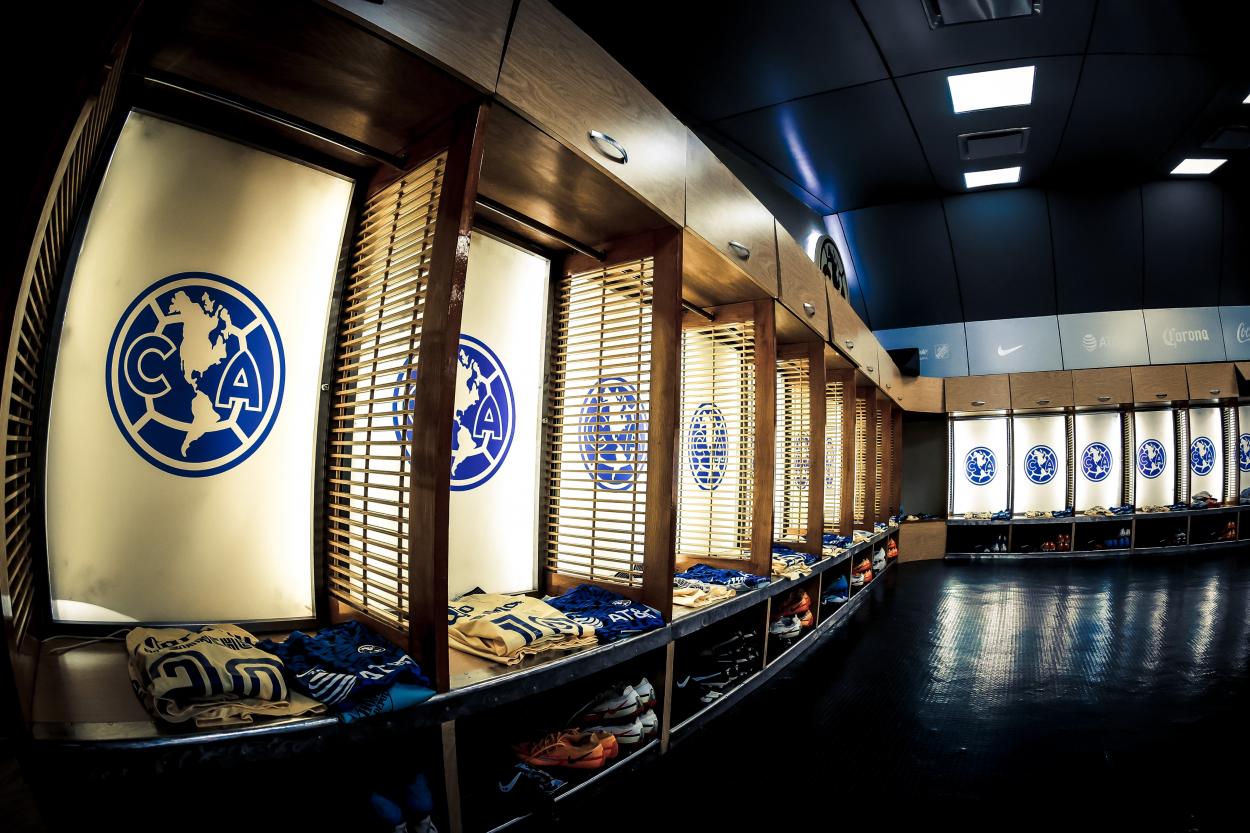 Tune in here America vs Atlas in the Live Score

In a few moments we will share with you the starting lineups for America vs Atlas live, as well as the latest information from the Azteca Stadium, including statements from the players and some interesting facts about this great match between these two great clubs.

How to watch America vs Atlas Live Stream on TV and Online?

If you want to watch the game America vs Atlas live on TV, your options are: TUDNxtra, TUDN USA and Univision

What time is America vs Atlas match for Liga MX?

This is the start time of the game America vs Atlas of July 2nd 2022 in several countries:

Watch out for this Atlas player

Julián Quiñones was a factor in winning the title, with 14 goals and 9 assists throughout the season. In addition, the Colombian player was recognized as the best offensive midfielder for his great performances throughout these seasons with the academy team. 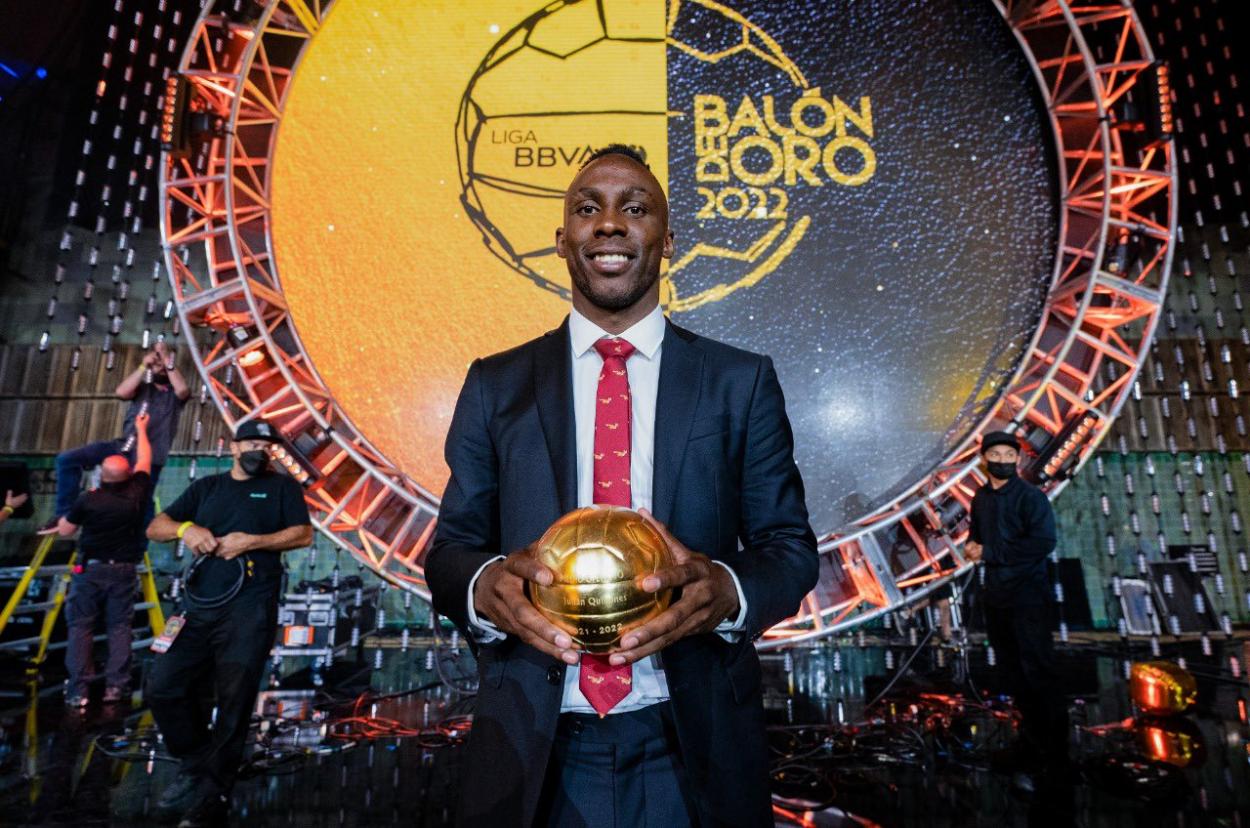 Watch out for this América player

Diego Valdés, the 28-year-old Chilean, who arrived from Santos Laguna, with 13 goals and 11 assists throughout the season, a reinforcement that was liked by the Azulcrema fans, taking the number 10, after Córdova's departure.
8:47 PM2 months ago

Against Cruz Azul, this was the team that played that match of the champion of champions: Vargas, Abella, Santamaría, Nervo, Aguilera, Barbosa, Zaldívar, Rocha, Reyes, Quiñones and Herrera.
8:42 PM2 months ago

In their friendly game against León, this was the eleven that night: Jiménez, Lara, Layun, Fuentes, Cáceres, Sánchez, Dos Santos, Valdés, Zendejas, Martínez and Martínez.
8:37 PM2 months ago

In the last tournament, América lost at home, with a score of two to zero, with goals from Barbosa and Herrera. But this rivalry dates back to the winter of 1996, with 58 duels between the two, the eagles have won 27 games and the foxes have 18 victories. But the draw has occurred 13 times.

The most scandalous scoreline in terms of goals was in the 2011 Apertura, when there was a 4-1 draw at the Azteca, with the victory of the American team.

Seeking to keep the crown

Atlas, the current two-time champion of Mexican soccer, has just lost in its last game against Cruz Azul in the Champion of Champions Cup. Losing from the eleven steps. But, although they had a short preseason, they played against Chivas, winning that preparation game.

The champion team has had some absentees, Jairo Torres, Franco Troyanski, Gonzalo Maroni and Brayan Garnica. Julián Quiñones has been on the radar of some teams, who were looking for the services of the Atlas star striker.

For the beginning of the tournament they will be very tight, with the injury to Julio Furch, who will be out injured for the first few matchdays. 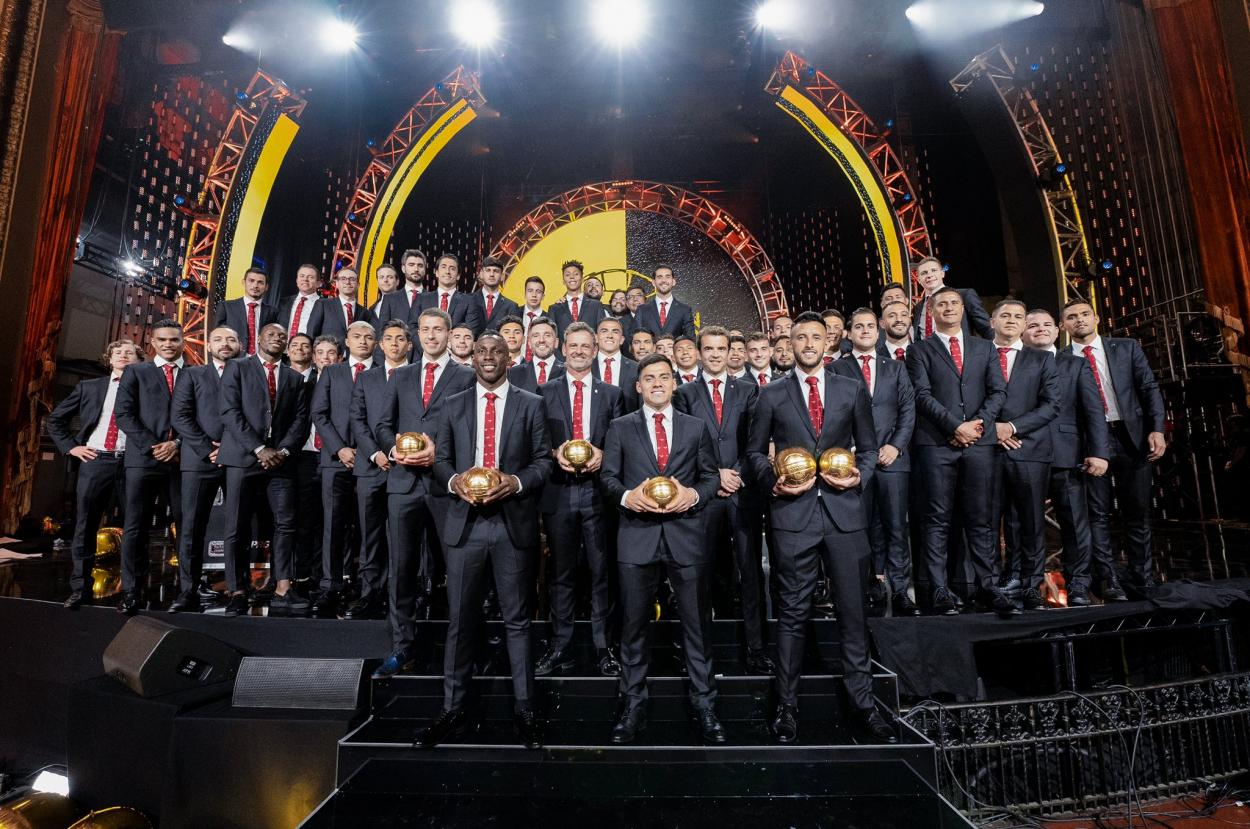 America is starting yet another campaign, far from the version of the league champions that their fans want, and the lack of reinforcements had the fans of the eagles very worried. However, a few days ago, three new players, Nestor Araujo, Jonathan 'el cabecita' Rodríguez and Jürgen Damm, reported for duty.

Last season, the Coapa team came close to the final, losing to Pachuca by a score of four to one. In Fernando Ortiz's first period as coach of the Azulcremas. He came in as a replacement in the American bench, after the departure of Santiago Solari.

Mauro Lainez left for Bravos de Juarez and there is still the possibility of one more departure, Juan Otero, who arrived in the last semester, but has not been able to adapt to the American team, and his future may be far from Mexico.

In the preseason they have had some friendly matches with league clubs, but it will not be until the summer when they will play in the United States against European teams. In the preparation games they had regular performances, winning against Cancun and León and losing against Pumas. 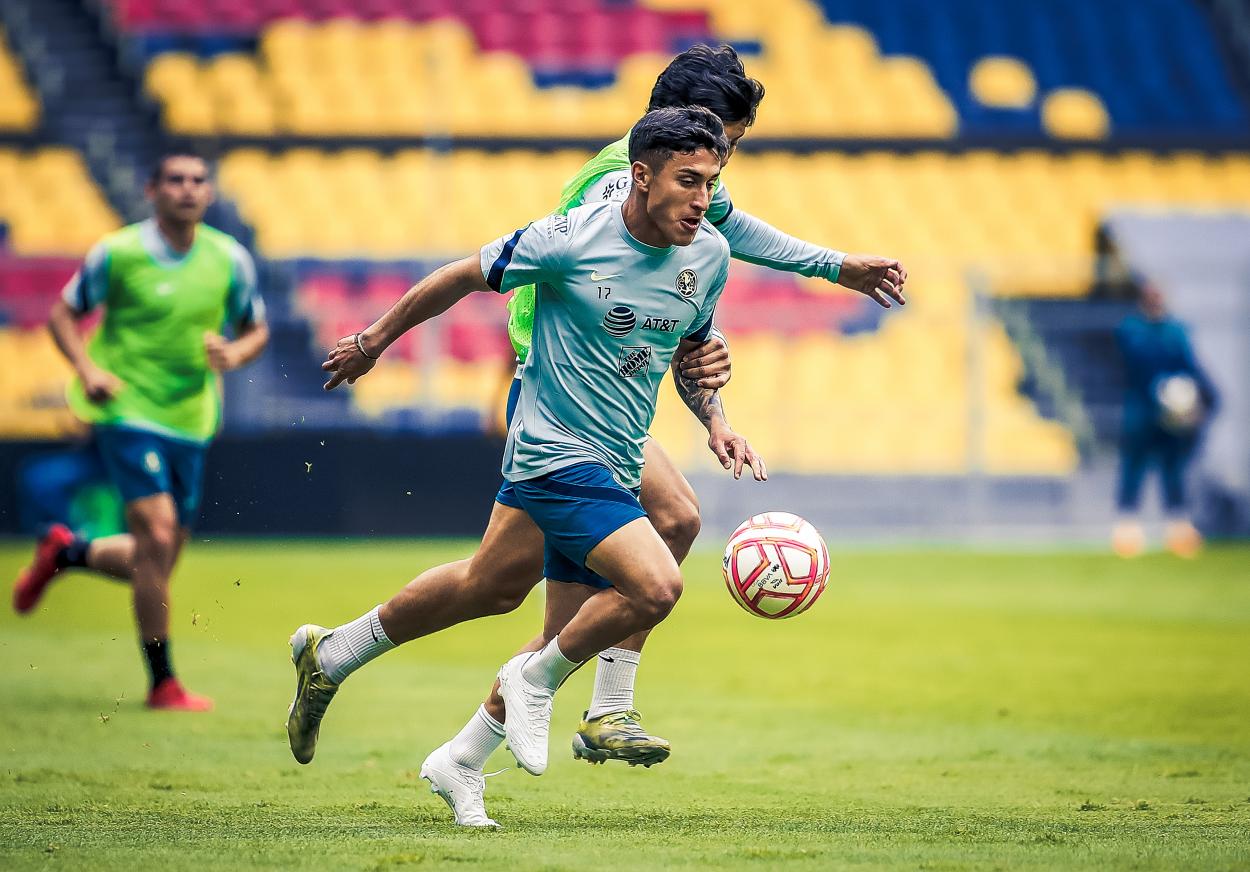