It's over! Haiti beats Mexico in their second match of the Pre-World Cup.
11:56 PMa month ago

Cervantes' shot, but the goalkeeper keeps the ball.
11:53 PMa month ago

What a play Montoya was putting together, but the defense ends up taking the ball away from him.
11:47 PMa month ago

Good save by Alvarado after Louise's dangerous shot.
11:44 PMa month ago

Goalkeeper! Good save by Ambroise after Mexico's dangerous run.
11:38 PMa month ago

Goal, goal, goal for Haiti! Jeudy's free kick cannonball and the ball goes into the back of the net.
11:37 PMa month ago

He's leaving! After checking the VAR, the referee sends Espinoza out of the match.
11:34 PMa month ago

Mayor's cross, but the ball ends up going over the end line.
11:33 PMa month ago

Goal, goal, goal for Haiti! Mondesir scored from the penalty spot to increase the lead on the scoreboard.
11:28 PMa month ago

Goal, goal, goal for Haiti! Mondesir scored from the penalty spot to increase the lead on the scoreboard.
11:26 PMa month ago

Penalty for Mexico! Emily Alvarado brings down Borgella and the penalty kick is awarded.
11:25 PMa month ago

Martinez tries to shoot dangerously at goal, but the ball goes wide.
11:16 PMa month ago

Robles gets the ball to Robles, but the Haitian defense ends up preventing him from making his shot.
11:07 PMa month ago

Action resumes and the second half is played at BBVA.
10:51 PMa month ago

The first half is over, Haiti wins by the minimum.
10:48 PMa month ago

Sanchez counter-attacked, but the ball ended up going wide.
10:31 PMa month ago

Always no! The referee signals offside and disallows Haiti's second.
10:30 PMa month ago

Goal, goal, goal for Haiti! Borgella pops up inside the box and sends in a lethal header for the second.
10:25 PMa month ago

Mexico tries, but fails to generate danger in Haiti's area.
10:16 PMa month ago

Penalty for Haiti! Mayor brings down Louis in the box and the penalty is awarded.
10:09 PMa month ago

The first few minutes were quite busy in Monterrey. Both teams are looking for
10:01 PMa month ago

The action gets underway at the BBVA stadium.
9:58 PMa month ago

Both teams take the field and warm up before the start of this important match.
9:47 PMa month ago

Haiti has already arrived at the stadium, the team will be looking for their first victory in this Women's Pre-World Cup.
9:42 PMa month ago

The Mexican National Team, led by Monica Vergara, is already at the BBVA, tonight they will be looking for their first three points.
9:37 PMa month ago

The fans are present prior to the start of the match, what an entry we can see there will be at the BBVA, all the support for this second match.
9:32 PMa month ago

Mexico Women did not have a good start, despite putting on a good show before this tournament, they have negative numbers for this second match.
9:27 PMa month ago

Stephany Mayor, Mexico's player, spoke before the match: "We are focused on the match, mathematically winning both matches we are on the other side, concentrated, we know that this is not over, it is the first match, one goal down, there are many things to give. The team is more than ready, we have to leave the Jamaica match behind, we can't change anything, the next one is the important one and it's the one we and the coaching staff are focused on. We know that we are going to pull it out and we are going to be at 100%, both mentally and physically for tomorrow.
9:22 PMa month ago

Haiti has to pay special attention to Katty Martinez, the striker will be looking to score goals and beat Haiti to get their first three points.
9:17 PMa month ago

This is what the BBVA stadium looks like one hour before the start of this important game in Mexico, where they will be looking to make it three wins out of three. 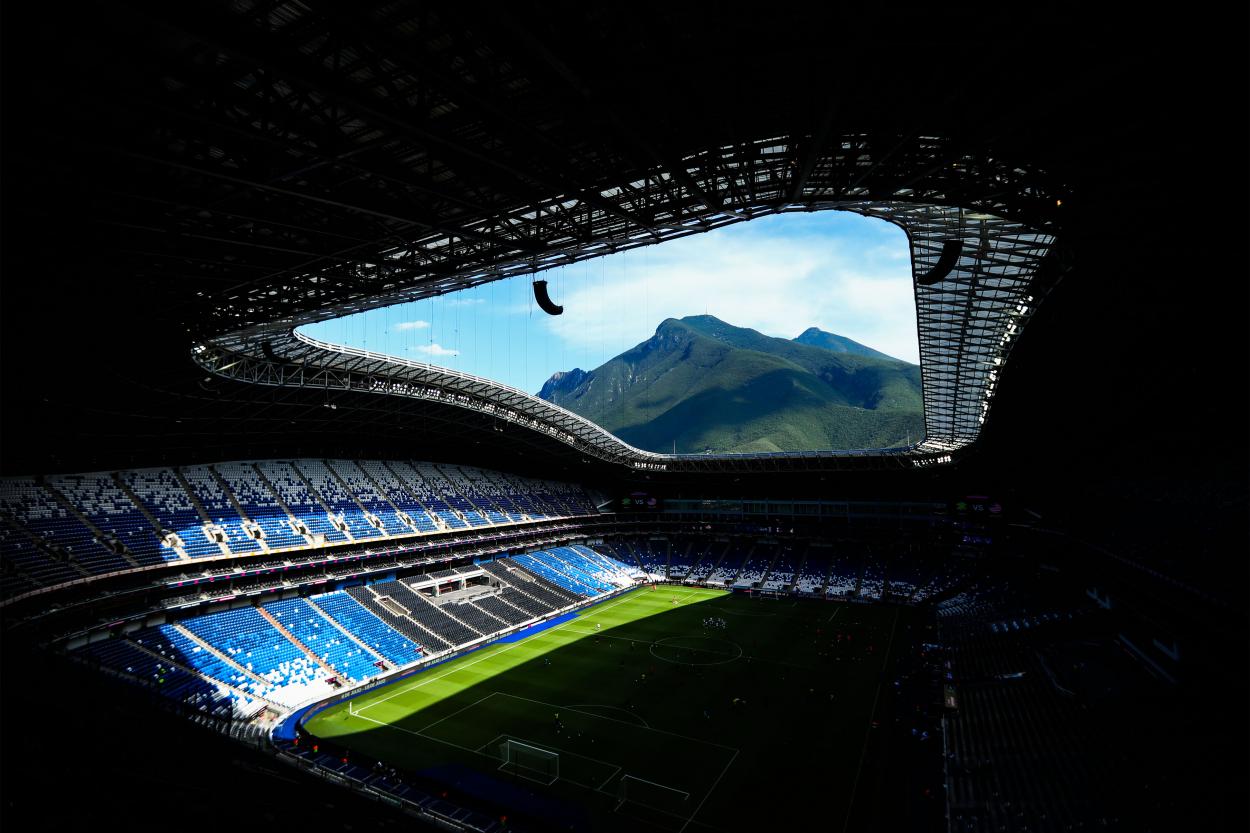 We're back for the minute-by-minute coverage of the match between Haiti and Mexico Femenil, which will take place at the BBVA. We will shortly share with you the confirmed lineups as well as the most relevant information about each team.
9:07 PMa month ago

In a few moments we'll share with you the starting lineups for Haiti Women vs Mexico Women live, as well as the latest information from the BBVA Stadium. Stay tuned for up-to-the-minute live coverage of the match on VAVEL.
9:02 PMa month ago

How to watch Haiti vs Mexico Live Stream on TV and Online?

If you want to watch the game Haiti vs Mexico live on TV, your options is: ESPN.

What time is the match Haiti Women vs Mexico Women of Matchday 2 of the CONCACAF Women's Pre-World Cup?

This is the kickoff time for the Haiti Women vs Mexico Women match on July 7, 2022 in several countries:

Monica Vergara, Mexico Women's coach, spoke ahead of the match: "We're going to have better ball handling, you're going to be able to see the team play together, a better finishing zone with much more aggressiveness. Defensively, something that characterizes this team is their pressure in the face of a loss. You are going to see that Mexican team fight again, as Mexicans, because we are very resilient, it is something that we have in our culture and it is something that this generation has embodied.

"With attitude and hunger to go out and show what each one of them gives to the team and I am convinced that this generation will not go unnoticed. One result cannot mark a whole process".

"I am calm, we know that we have a very complicated team in front of us, we knew that we had three opponents that were going to be very strong because we are all working to be able to be in a World Cup, in an Olympic Games. There is not going to be an easy match, we come to war, we have to exhaust all the resources we have to be able to stay alive here and that is what I hope. I have full confidence in what we have been working on and in the players".

"We received a little bit of cold water, but that's okay, it was just a fall, we are ready, we are back to the essence. You are going to see a much more complete team. We are going to have a better ball handling, with more aggressiveness and defense to go for the ball when we lose; we are going to fight, we are very resilient because of our culture."

"The things we must take into account about these opponents is that they have fast, strong players, that marking in attack has to be very important for us to be ready for those balls that they will want to put behind our backs".

"We are ready, we already had the scenarios that could have surprised us, we are working, improving the details that needed to be polished, we still have one more day of work and tomorrow is a mental work to be super ready and go into the next game against Haiti at 100%".

How does Haiti Women arrive?

Haiti comes into this match after losing their first game of the CONCACAF Women's Pre-World Cup three goals to zero, which sent them to last place in Group A of the competition.
8:42 PMa month ago

How does Mexico Women arrive?

Mexico comes into this match after losing to Jamaica in a surprising way and in a match where the Tricolor team showed little or nothing with a score of one to zero. With this first result, the Mexicans dropped to third place behind the Reggae Girlz and the United States with no points. 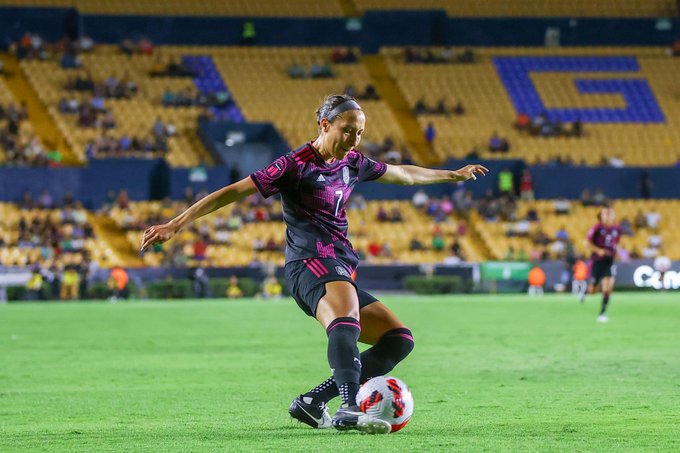 The match will be played at BBVA Stadium.

The match Haiti Women vs Mexico Women will be played at the BBVA Stadium located in Monterrey, Nuevo Leon. The stadium has capacity for 51,000 people.
8:32 PMa month ago

NYCFC vs Charlotte FC preview: How to watch, team news, predicted lineups, kickoff time and ones to watch 18 hours ago
//