Thank you very much for accompanying Brazil and Argentina at VAVEL. A great night to all and until next time.
9:55 PMa month ago

With the rout, Brazil leads Group B with three points and a better balance than Venezuela, which beat Uruguay. Argentina is lantern.
9:53 PMa month ago

Duda Sampaio gave a beautiful pass to Debinha, who calmly dribbled the Argentine goalkeeper and scored the fourth Brazilian goal. It's won in Colombia.
9:42 PMa month ago

Romina Núñez was fouled hard and received a card.
9:41 PMa month ago

Bia Zaneratto made a good move in the middle and triggered Adriana on the back of the mark, who dominated, dribbled the Argentine goalkeeper and hit calmly to score a goal for Brazil. It became a walk.
9:15 PMa month ago

Bia Zaneratto got rid of the marking and hit cross. The ball went close to Argentina's goal.
9:12 PMa month ago

Adriana triggered Tamires on the left, who took it to the baseline and crossed into the area. Bia Zaneratto got ahead of the mark, but didn't hit the ball squarely.
9:07 PMa month ago

Game stopped. Stable is being attended to on the lawn.
9:03 PMa month ago

Julieta Cruz pulled the Brazilian player, killed the counterattack and received a card.
8:39 PMa month ago

Ary Borges misses hard and receives the first card of the game.
8:39 PMa month ago

Nuñez released a rocket from far away and the ball exploded on the crossbar. Almost a goal from Argentina.
8:38 PMa month ago

Bia Zaneratto was brought down by Bravo inside the area and the referee gave Brazil a penalty.
8:29 PMa month ago

Bia Zaneratto made a great move on the edge of the area and found Tamires on the left, who dominated and played for Adriana, who freed from the second post, pushed the ball to the back of the goal and opened the scoring in Colombia.
8:21 PMa month ago

Fê Palermo crossed from the right and Bia Zaneratto dived into the area to head out.
8:18 PMa month ago

Brazil with many errors in the entrance of the area, cannot create chances.
8:15 PMa month ago

Yamila Rodríguez was thrown from the left, but was called offside.
8:08 PMa month ago

Brazil continues to play in the offensive field, getting some corners, but still without creating a clear chance of goal. It's still tied.
8:05 PMa month ago

Brazil starts on the offensive field. Bia Zaneratto took a corner and the Argentine defense took it.
8:02 PMa month ago

Brazil the history of the Copa America

Brazil is the team that most participated in the tournament. In eight editions, it was guaranteed in all of them, along with Chile.
7:52 PMa month ago

Of the times Brazil was champion of the Women's Copa America, Argentina was runner-up three times. In the last edition, the Brazilian team was champion over Chile, playing inside Chile. The sisters took the third position.
7:51 PMa month ago

In eight editions of Copa América Feminina, Brazil was sovereign and won seven times. The only time it didn't lift the trophy was in 2006, when Argentina beat Brazil in the last round and secured first place in the quadrangular final.
7:46 PMa month ago

Brazil won the last eight games against Argentina. Since 2014, the brothers have scored just four goals, while the Brazilian team has scored 32 goals.
7:22 PMa month ago

How and where to watch the Brazil vs Argentina match live?

If you want to watch the game Brazil vs Argentina live on TV, your options is:  Fox Soccer Plus

If you want to directly stream it: FOX Sports App, ViX, Foxsports.com

What time is Brazil vs Argentina match for Copa America?

This is the start time of the game Brazil vs Argentina of 9th July 2022in several countries:

In Copa America, the ten participating teams are divided into two groups. Brazil and Argentina are in Group B, as are Peru, Venezuela, and Uruguay. 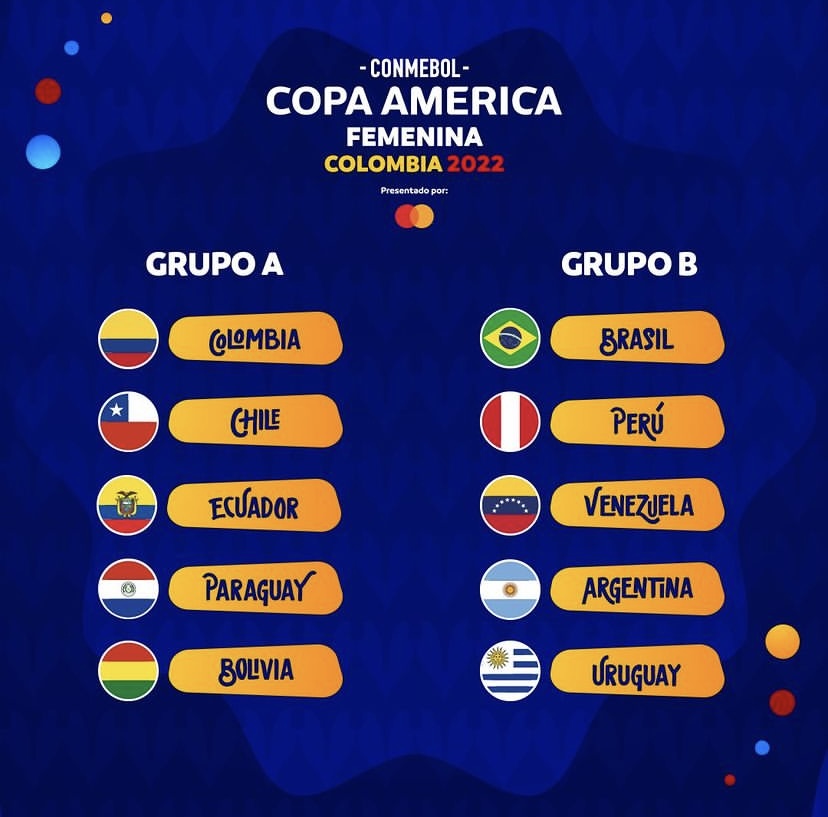 Seeking to repeat the feat of 16 years ago, Argentina held friendly matches in the month of April. There were two against Chile, in which they won one and stumbled in the other. Both games ended with a score of 1-0.

Aiming to prepare for the ninth edition of the tournament, the Brazilian National Team played two friendly matches against Denmark and Sweden. In both they came out with negative results. The Brazilian Warriors have won the trophy seven times. The albiceleste team was the only opponent to win, in 2006, 2-0.
7:34 PMa month ago

Brazil vs Argentina, live this Saturday (9), at the Armenia Centennial, at 9 pm ET, for the Women's Copa America. The match is valid for the 1th round of the competition.
7:29 PMa month ago