Goooool for Necaxa great collective play that could end in the 3 points.
6:41 PM5 months ago

The match is getting old and the teams are unable to impose conditions and look for the winning goal.
6:36 PM5 months ago

Changes are made in both teams, very offensive changes with the intention of winning the match.
6:31 PM5 months ago

The match becomes very close where the teams try not to make mistakes.
6:26 PM5 months ago

Querétaro is the team that attacks most dangerously but does not find effectiveness in the opponent's goal.
6:23 PM5 months ago

The game remains tied at one score and both teams have lowered their intensity.
6:18 PM5 months ago

Querétaro likewise presses for the goal that will give them the advantage in the match.
6:12 PM5 months ago

Necaxa presses at the start of the second half.
6:08 PM5 months ago

The last minutes of the first half and Querétaro stopped pushing for the go-ahead goal.
5:33 PM5 months ago

Goooool for Querétaro to tie the game quickly.
5:30 PM5 months ago

Querétaro pushes for the equalizer.
5:26 PM5 months ago

Gooooool for Necaxa, the visitors open the scoring on a bad save by the Querétaro goalkeeper.
5:21 PM5 months ago

The intensity of the match has dropped and both teams have stopped attacking.
5:18 PM5 months ago

Necaxa defends with all 11 men against Querétaro's pressure.
5:10 PM5 months ago

Necaxa had their first dangerous chances, but were unable to find any clarity.
5:05 PM5 months ago

First minutes of the match and the Roosters have more possession of the ball.
5:02 PM5 months ago

Querétaro and Necaxa kick off.
4:51 PM5 months ago

Tarpaulins in the corregidora

In the absence of the fans, these advertising banners were installed at the Corregidora. 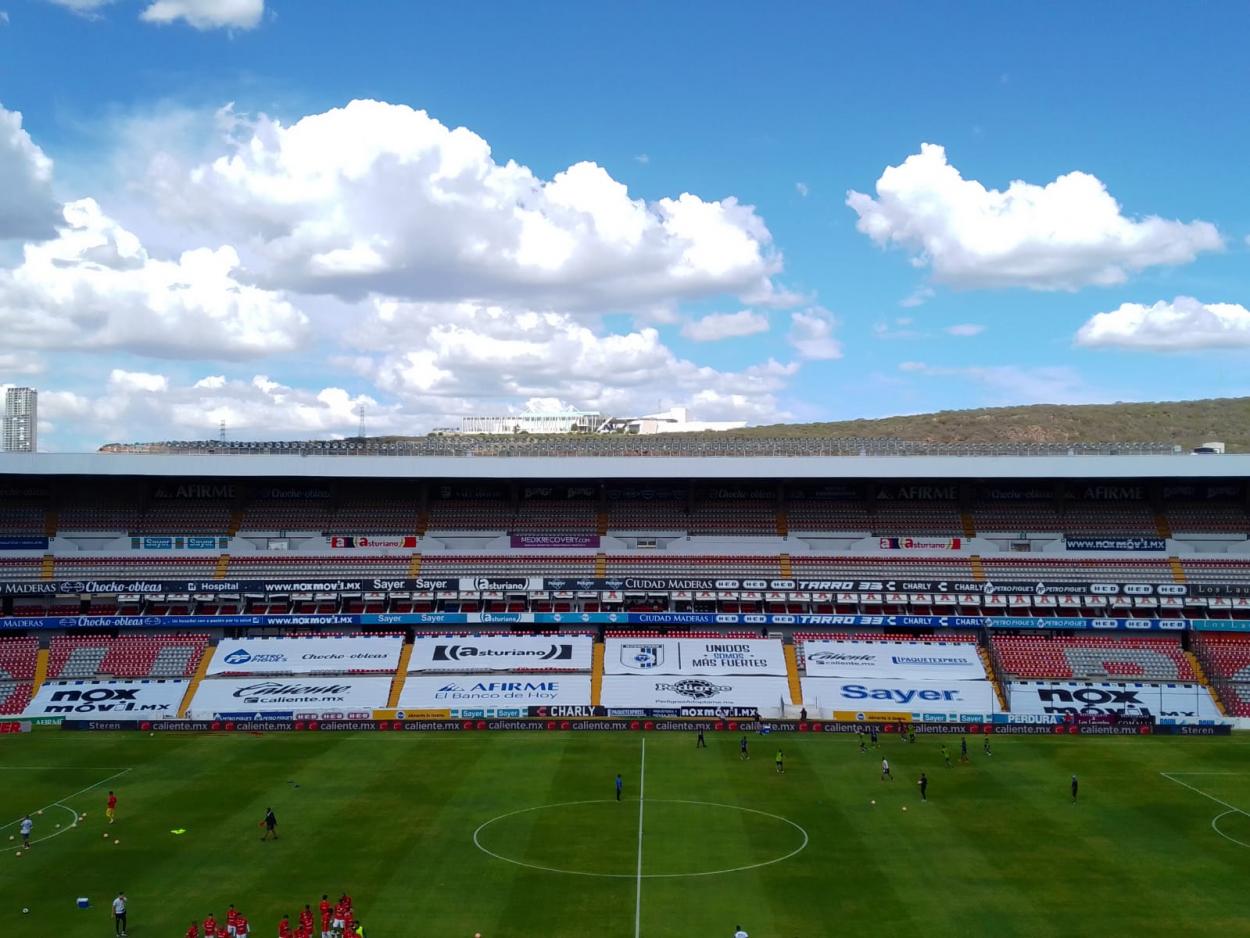 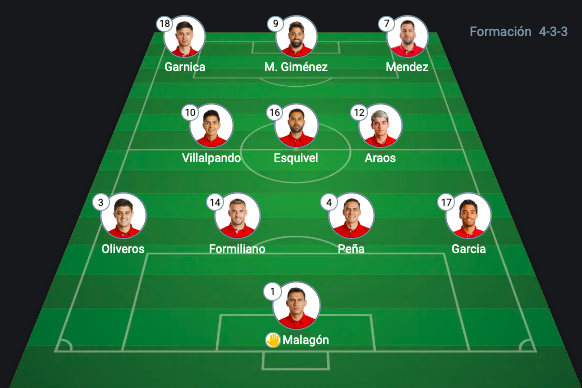 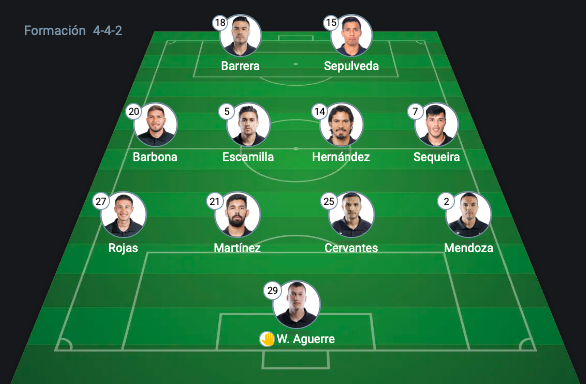 This is what the Corregidora looks like 30 minutes before kickoff. 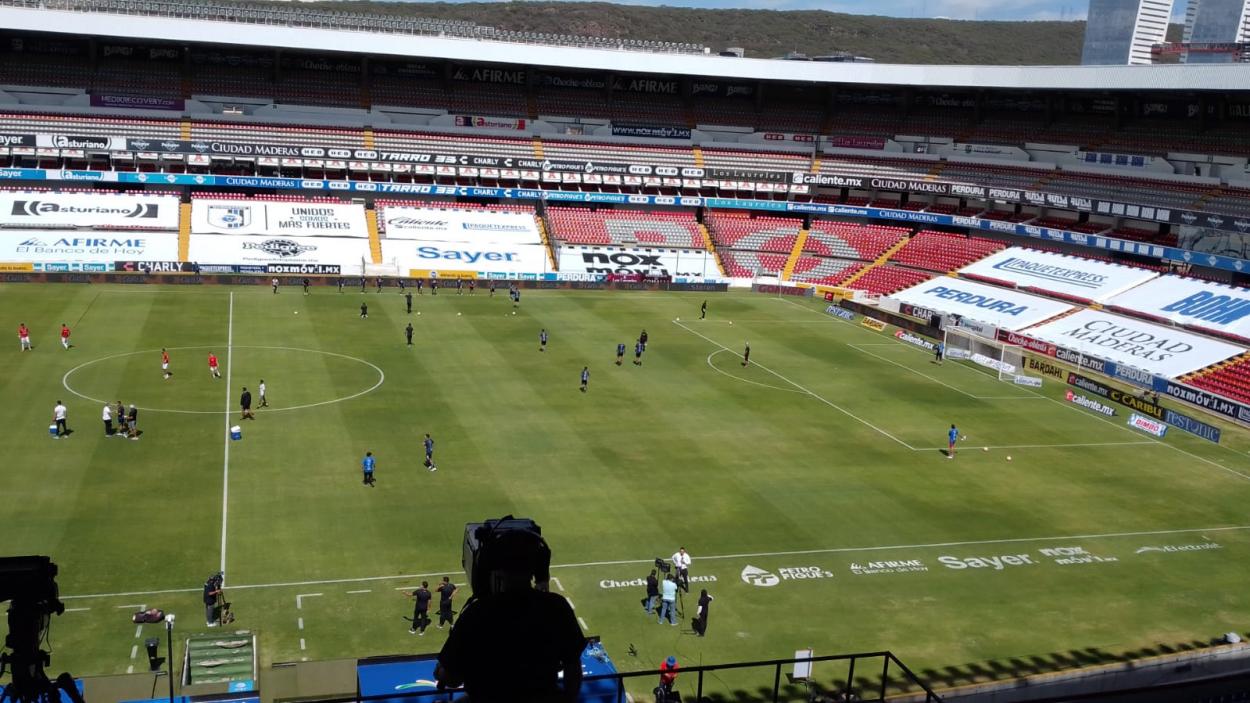 The two teams are warming up, preparing for the start of the match corresponding to Day 2 of the Liga Mx Apertura 2022.
4:18 PM5 months ago

The record between Querétaro and Necaxa at the home of the Gallos in Liga Mx is balanced in terms of results, with six wins on each side and three draws.
4:15 PM5 months ago

Remember that in this tournament the Gallos Blancos will still be playing without fans due to the fight between the fans against Atlas last season.
4:10 PM5 months ago

Necaxa's Joaquín Esquivel was co-leader in tackles made on the opening day of the Apertura 2022 (6, along with three players).
4:05 PM5 months ago

Already in the stadium

Both teams are already at the Corregidora and are getting ready to warm up.
4:00 PM5 months ago

The central referee will be Mexican referee Fernando Guerrero Ramírez.
3:55 PM5 months ago

Querétaro and Necaxa have only one draw in their last 10 Liga Mx meetings. In this period, Los Gallos have three wins to Los Rayos' six.
3:50 PM5 months ago

In a few moments we will share with you the starting lineups for Queretaro vs Necaxa live, as well as the latest information from the Estadio Corregidora. Stay tuned to VAVEL's minute-by-minute live online coverage of the match.
3:45 PM5 months ago

Where and how to watch Querétaro vs Necaxa live

The match will be televised on Fox Sports

Queretaro vs Necaxa can be tuned in from the live streams of Fox Sports Play and Fox Sports Premium.

Both teams will be able to count on a full roster as they have no injured or suspended players, so we expect a great game in which both teams will be looking for 3 points.
3:35 PM5 months ago

In the last 14 meetings, the record shows 4 wins for Querétaro, 2 draws and 8 victories for the Necaxa rays, so Necaxa will be favored to take the 3 points on match day 2 of the Liga Mx Apertura 2022.
3:30 PM5 months ago

Necaxa has not allowed a Gallos goal in three of their last four meetings in Liga Mx (2V 1E 1D). However, they have also failed to score in two of the aforementioned four matches (1E 1D).
3:25 PM5 months ago

Édgar Antonio Méndez Ortega (Arafo, Tenerife, Spain, January 2, 1990), known as Édgar Méndez, is a Spanish footballer. He plays as a midfielder and his current team is the Club Necaxa of the First Division of Mexico, he is a known in Mexican soccer as he has played with Cruz Azul and was important for the light blue, and now he has the opportunity to return to Mexican soccer with Necaxa, he has never been called with the Spanish national team but will seek to reach the top of the rays of Necaxa.
3:20 PM5 months ago

Ángel Sepúlveda (Apatzingán, Michoacán, Mexico, February 15, 1991) is a Mexican soccer player, he plays as a forward and his current team is Queretaro FC of the First Division of Mexico, with the national team he has played 8 games and scored 2 goals, he is one of the most beloved players in Querétaro and in this new tournament he is looking to change the face of the team and qualify after a long time to the Mexican soccer playoffs.

La Corregidora de Querétaro Stadium is located in the city of Querétaro, in the state of Querétaro, Mexico. It is home to Querétaro Fútbol Club, a Mexican First Division team. It also hosted Cobras (1986-87), Atlante (1989-90), TM Gallos Blancos for 12 games during the 1994-95 season, when Tampico Madero moved out of the Tamaulipas Stadium due to lease problems, and Pumas de la UNAM between 1999 and 2000 during the student strike. It was named in honor of the heroine of Mexico's Independence, Josefa Ortiz de Domínguez, wife of the corregidor of Querétaro, Miguel Domínguez. 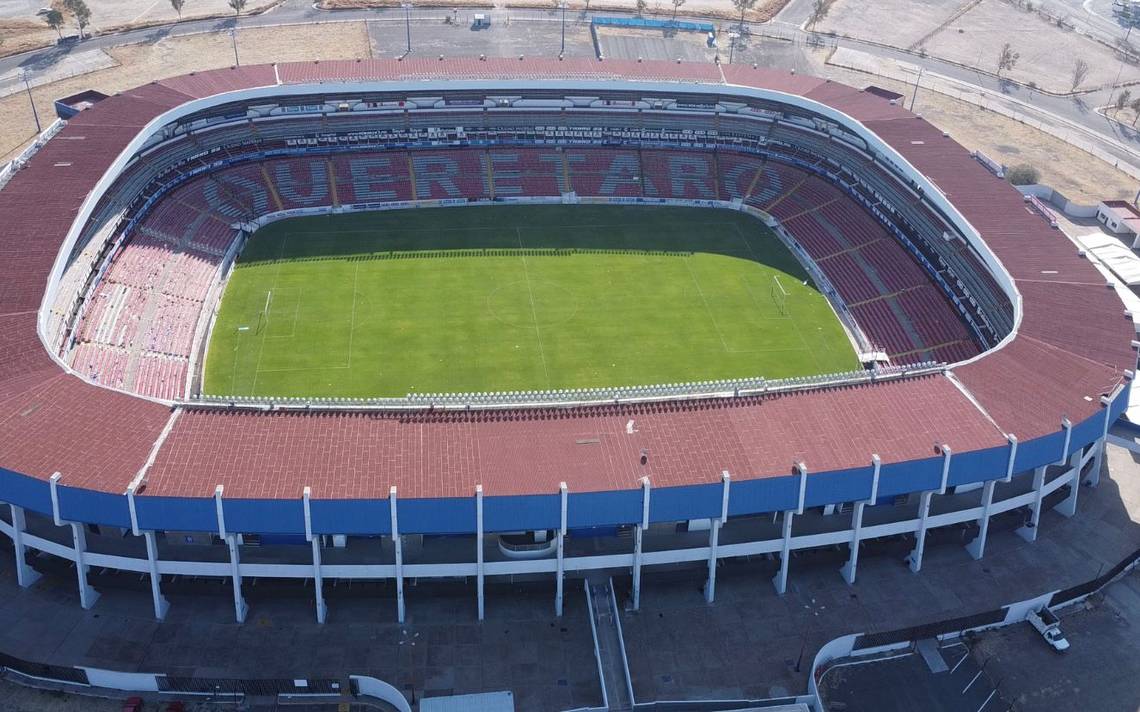 Querétaro lost 2-0 away against Pachuca in the first round, while Necaxa lost 3-1 against Toluca, so both teams will be looking for three points this round, which will help them to stay in the upper part of the table.
3:05 PM5 months ago

Good afternoon to all VAVEL readers! Welcome to the live broadcast of Querétaro vs Necaxa, match day 2 of the Liga MX Apertura 2022. The match will take place at Estadio Corregidora at 17:00.