It's over! Rangers beat West Ham emphatically in this friendly encounter
4:27 PMa month ago

West Ham's cross, but the home defense eventually clears the ball away
4:18 PMa month ago

Goal, goal, goal for West Ham! Soucek ends up pushing the ball into the back of the net and shortens the home team's lead.
4:04 PMa month ago

Goal, goal, goal for Rangers! Matondo started the play and finished it with a tremendous shot, leaving the West Ham goalkeeper with no chance to save.
3:56 PMa month ago

Goal, goal, goal for Rangers! Kent receives the ball inside the box, drives and fires a shot into the net to increase the lead.
3:54 PMa month ago

Goal, goal, goal for Rangers! Lawrence sends his shot into the net to open the scoring for the home side.
3:52 PMa month ago

The complement is played at Ibrox.
3:36 PMa month ago

Both teams seek to generate danger, but are unable to score correctly.
3:22 PMa month ago

After Barisic's pass, Kent receives the ball and drives, but ends up committing a foul and misses the chance.
3:13 PMa month ago

Antonio's shot at McLaughlin's goal, but the ball was deflected away.
3:00 PMa month ago

The match began with arrivals from both teams.
2:50 PMa month ago

The action gets underway in Scotland.
2:49 PMa month ago

Both teams are already on the field and warming up before the start of the match.
2:37 PMa month ago

Rangers are also at home, ready to face West Ham.
2:32 PMa month ago

West Ham are already present at Ibrox Stadium, looking to get the win and continue their positive pre-season. 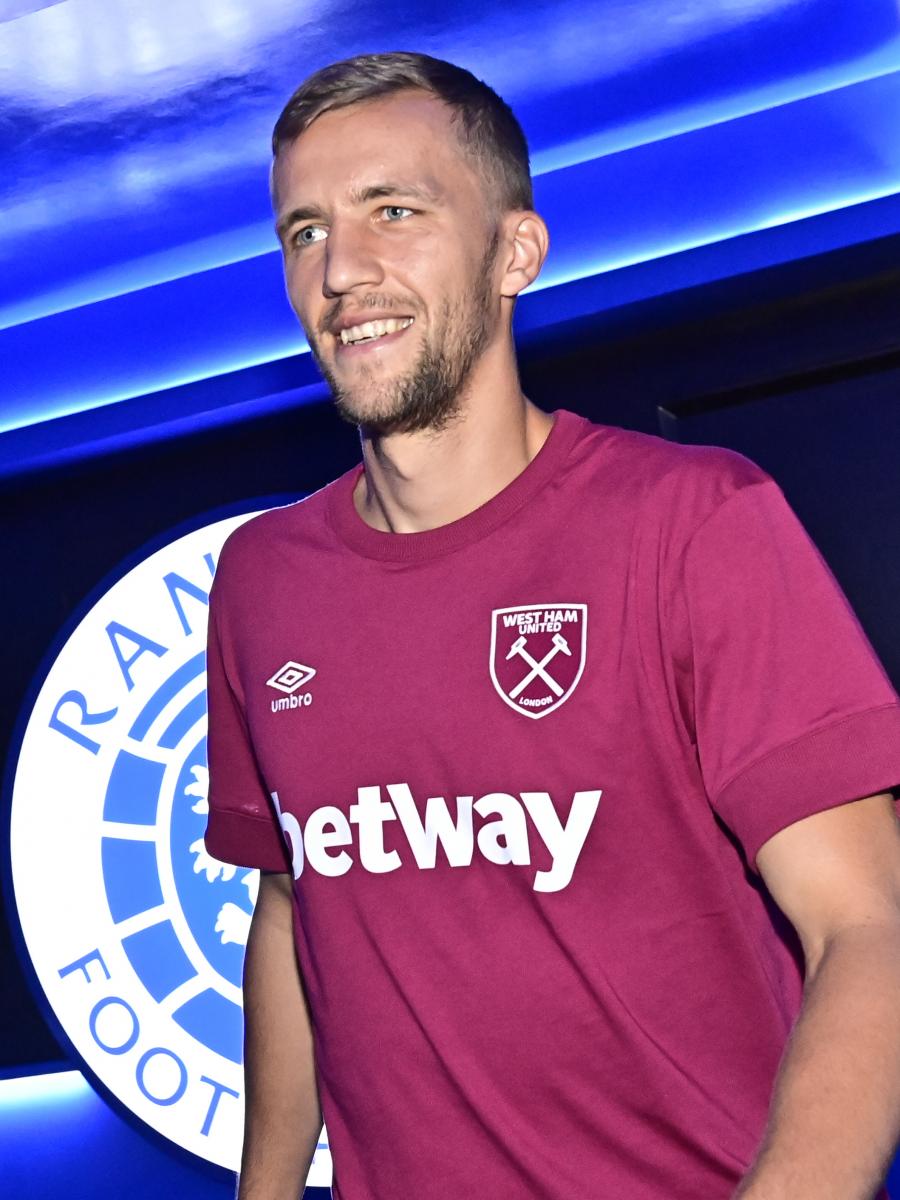 This game will have the fans present, ready to see a great preseason game, where both teams continue to prepare.
2:22 PMa month ago

Ben Davies has just been transferred in full to Rangers from Liverpool. Klopp spoke on the subject: "Rangers is a fantastic club, a great club. Ben belongs on a big stage for sure. European soccer as well. This presents a proper opportunity to show his quality and composure.
2:17 PMa month ago

Declan Rice will start in this friendly match and will also wear the captain's badge.
2:12 PMa month ago

This afternoon's match will not be broadcast on any platform, however, you can follow it through VAVEL.
2:07 PMa month ago

This is what Ibrox looks like tonight, the venue for this important friendly match.

We're back for a minute-by-minute coverage of the friendly match between Rangers and West Ham. We will shortly share with you the most relevant information as well as the confirmed line-ups.
1:57 PMa month ago

Stay tuned for the Rangers vs West Ham live stream.

In a few moments we will share with you the starting lineups for Rangers vs West Ham live, as well as the latest information from the Ibrox Stadium, and don't miss any details of the match with VAVEL's minute-by-minute live online coverage.
1:52 PMa month ago

How to watch Rangers vs West Ham Live Stream on TV and Online?

The match will not be broadcast on TV or streamed.

What time is the Rangers vs West Ham friendly match this 2022?

This is the kick-off time for the Rangers vs West Ham match on July 19, 2022 in several countries:

Player Jarrod Bowen spoke ahead of this match, "I went there not really knowing what to expect and of course you're there on merit, but you never know if you're going to play any minutes."

"So, for me, playing a role in every game and playing four games for my country has capped off a perfect season."

"The summer for me was the best I've had so far, I enjoyed every minute and now it's about working hard and getting into the team in September and then there's a World Cup at the end of the year."

"It's been a different pre-season to normal as I came in with weeks with England under my belt."

"It's such a long season, going away with England at the end, so you need that downtime. You don't lose too much fitness, but you also have to keep yourself in top condition when you're away to start running."

"That's my main focus for pre-season, to start the season like I finished last season."

How are West Ham coming in?

West Ham come into this game on the back of a one-goal draw against Reading FC, and confirmed that Declan Rice will remain with the club until 2023, as well as the renewal of goalkeeper Alphonse Areola. He is also said to have made an offer for Armando Broja. 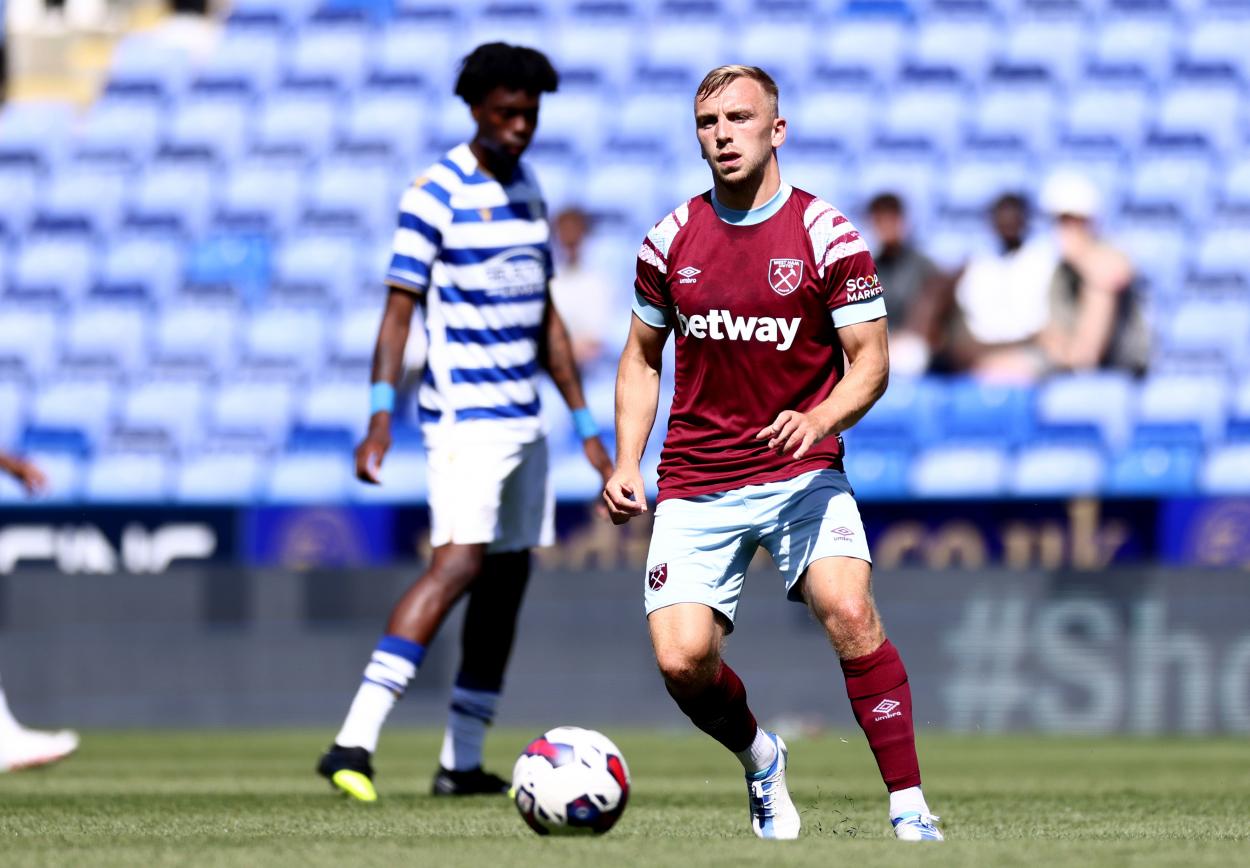 How do Rangers arrive?

Rangers will be looking to continue their Champions League qualification, facing Royale Union Saint-Gilloise in August, as they continue their pre-season preparations. In their last match they beat Blackpool two goals to one. 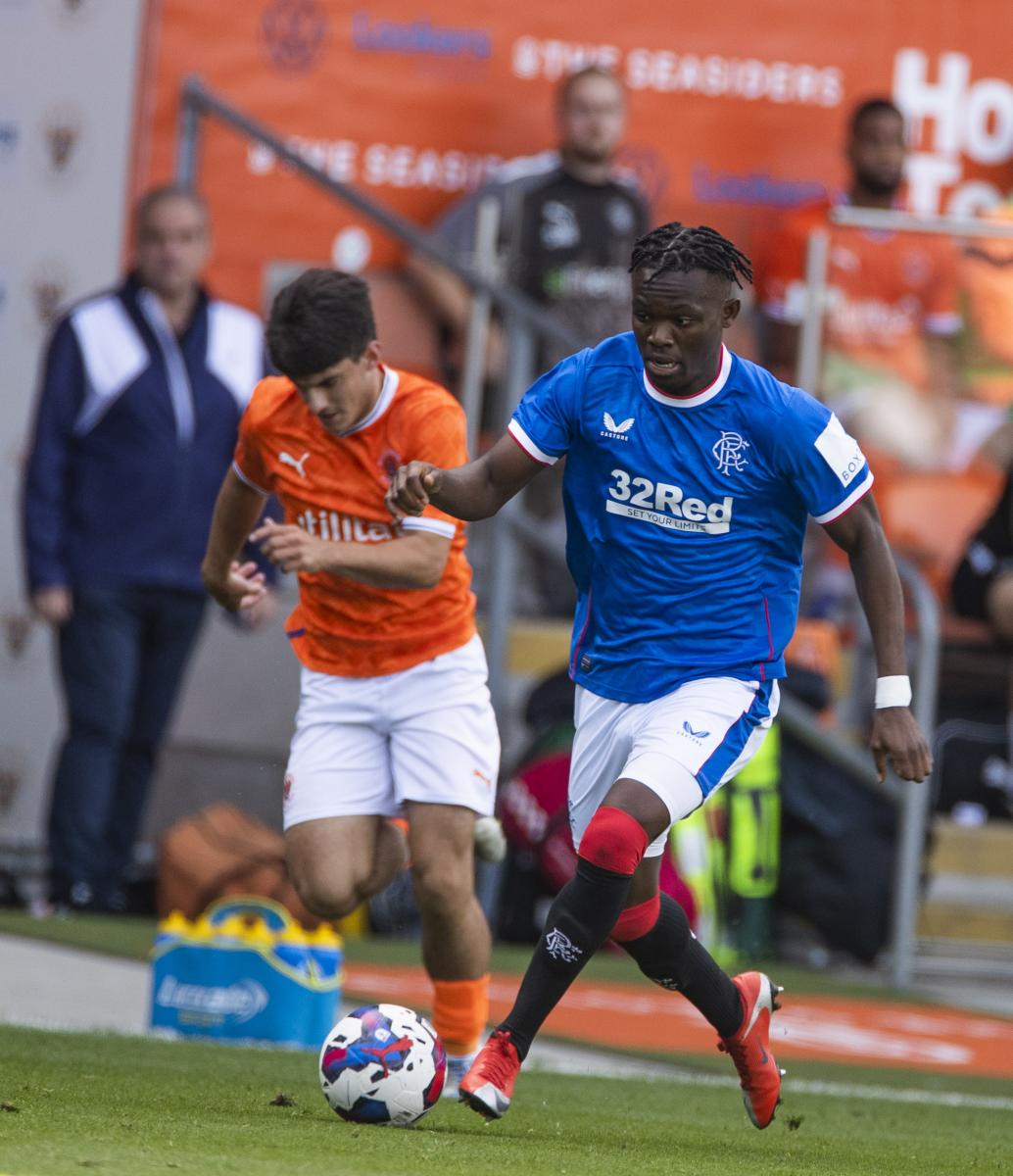 The match will be played at Ibrox Stadium.

The Rangers vs West Ham match will be played at the Ibrox Stadium located in Glasgow, Scotland. The stadium has a capacity of 56,817 people.
1:22 PMa month ago