A dangerous header from Renard, but Frohms ends up keeping the ball.
3:36 PM4 months ago

Change from France. Toletti comes on for Sarr.
3:36 PM4 months ago

Goal, goal, goal for Germany! Popp appears again inside the box and sends in a lethal header to put the Teutons in front.
3:28 PM4 months ago

Germany change. Magull and Däbritz are replaced by Dallmann and Lohmann.
3:18 PM4 months ago

Change from France. Cascarino comes off for Matéo.
3:10 PM4 months ago

Bland tried to generate danger, but the defense prevented the play from growing.
3:02 PM4 months ago

The ball is rolling and the second half is underway.
2:47 PM4 months ago

At the end of the first half, Germany and France are level at one goal.
2:47 PM4 months ago

Goal, goal, goal for France! Diani's shot from outside the box hits the post and into the net, tying the match.
2:42 PM4 months ago

Goal, goal, goal for Germany! Popp receives the ball in the box and fires a shot into the back of the net.
2:41 PM4 months ago

The ball is being fought in the midfield, with both teams looking for the opponent's goal.
2:41 PM4 months ago

Hegering's shot, but Malard gets a timely cross and avoids the shot.
2:37 PM4 months ago

Brand had a dangerous shot on goal, but Toletti prevented him from generating the play.
2:15 PM4 months ago

Magnin's punch, keeping the danger away from his goal.
2:11 PM4 months ago

Dangerous arrivals from both teams, but they fail to score.
2:02 PM4 months ago

The actions begin, the ball rolls to find out the second finalist.
1:58 PM4 months ago

Both teams take the field and warm up prior to the start of the game.
1:46 PM4 months ago

Both Germany and France are already in the MK, tonight they will look to give a good game and get the victory.
1:41 PM4 months ago

This is what the MK looks like to welcome the players in this very important semifinal.
1:36 PM4 months ago

France has managed to keep a clean sheet in 16 of its last 18 international matches, a number it will be looking to increase today.
1:31 PM4 months ago

Germany has participated in ten editions of this competition, and only one of these editions failed to reach the final.
1:26 PM4 months ago

France will go all out to win against Germany and sneak into this final, this after the great game they gave against the Netherlands.
1:21 PM4 months ago

Both teams come into this phase undefeated, so they will be looking to define everything in the regular phase, but they will try to avoid the damage of their opponents.
1:16 PM4 months ago

Charlotte Link is the player in whom Germany will put all its faith to seek a place in the final of the Women's Euro 2022, the German team will seek to use all its weapons to qualify.
1:11 PM4 months ago

We are back for the minute-by-minute coverage of the match between Germany and France. We will shortly share with you the most relevant information about both teams as well as the confirmed lineups.
1:06 PM4 months ago

Stay tuned for the Germany vs France live stream

In a few moments we will share with you the starting lineups for Germany vs France live, as well as the latest information from the MK Stadium. Stay tuned for up-to-the-minute live coverage of the match on VAVEL.
1:01 PM4 months ago

How to watch Germany vs France Live Stream on TV and Online?

If you want to watch the game Germany vs France live on TV, your options is: ESPN+.

What time is the Germany vs France match of the Women's Euro 2022 Semifinal?

This is the kick-off time for the Germany vs France match on July 27, 2022 in several countries:

France coach Corinne Diacre spoke ahead of the match: "There is no doubt, my players are confident and also aware of what they failed to do in terms of efficiency in the last match. I especially underlined the mental strength of my group, which was extraordinary in the quarters, they didn't give up."

"I also highlighted the state of mind of the group: the players of the team who did not play much or at all in that game were extraordinary in terms of the motivation of the girls who were on the field, with the great responsibility to lead this group to victory. There is no concern on our part."

"The important thing tomorrow is not to have or not to have the ball, but to be efficient when we have it."

"If you're not efficient, possession doesn't help you. We want to finish the game strongly and score earlier than last time against the Netherlands. Above all, we want to be efficient in both areas."

"We had a very light session yesterday (Monday) and when you don't train, you really need a lot of recovery, sleep, video. We didn't invent anything more than what we usually do."

"We are calm, the group is doing well. We have not changed our habits, we did the same as in the first round with three days between two games. There is no impatience, you absolutely must not play the game before the hour. It's up to us to prepare well for this match. We are going to get to know this place that we don't know."

"For us the important thing is not to have the ball or not to have the ball, it is above all to be efficient. We have seen some teams have excessive possession, but if they are not effective on the surfaces it doesn't do much good. We are not going to change our game plan, the idea will be the same. We will try to score a little faster than we did in our last game. Above all, look for efficiency on both surfaces."

"No, we don't have that mentality. We're focused on ourselves, what we need to do, what we can improve on. It's a beautiful, over-titled nation. But us, we have to play our game, focused on what we have to do, the goal we have set for ourselves."

"We will stick to our game plan. If Germany puts an anti-ban plan, I also have plans in my head depending on what they offer. We try to anticipate on our side as well."

How does France fare?

France qualified for this stage with a narrow win over the Netherlands and two wins and a draw in the group stage. 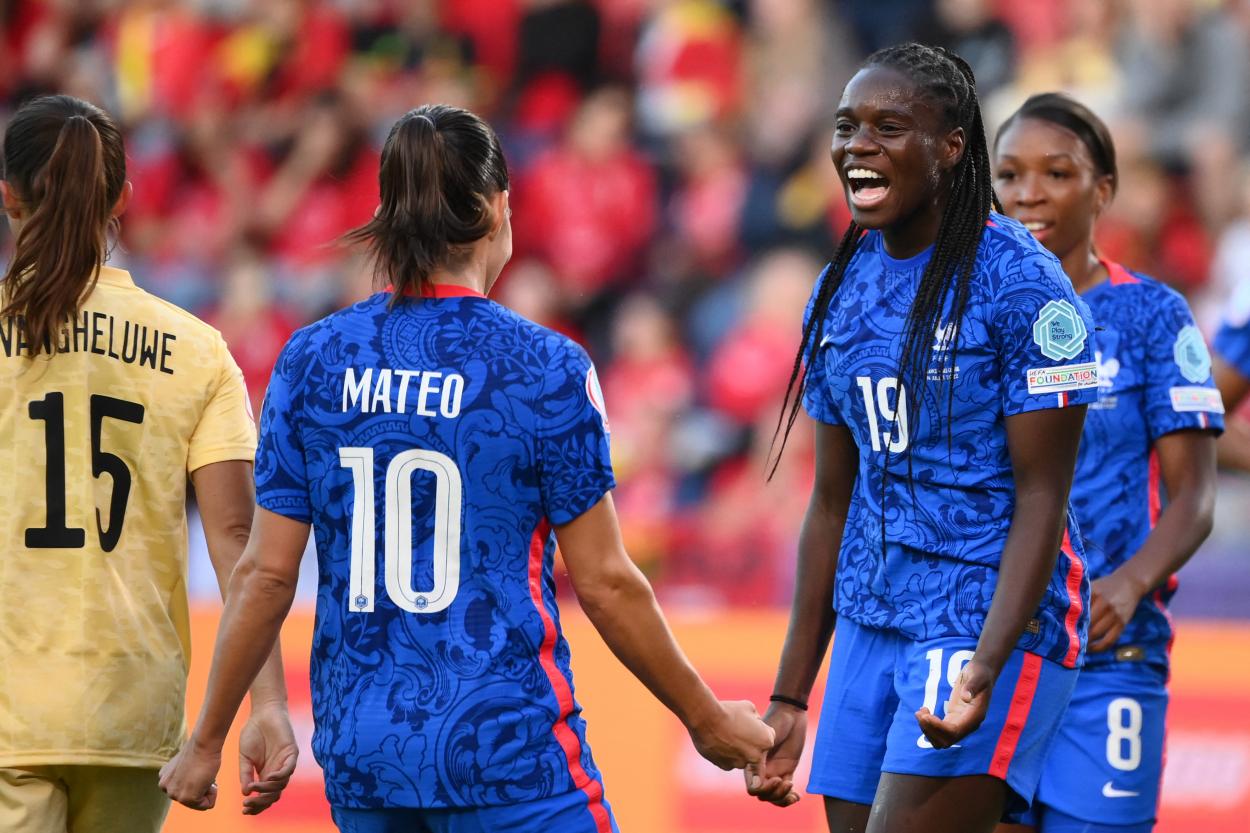 How are Germany coming in?

Germany arrives to this match undefeated, with a clean sheet, their last match of the group stage they defeated Finland by three goals to zero, so they will go all out for one more victory; besides, in the quarterfinals they were victorious with a score of two to zero against Austria. 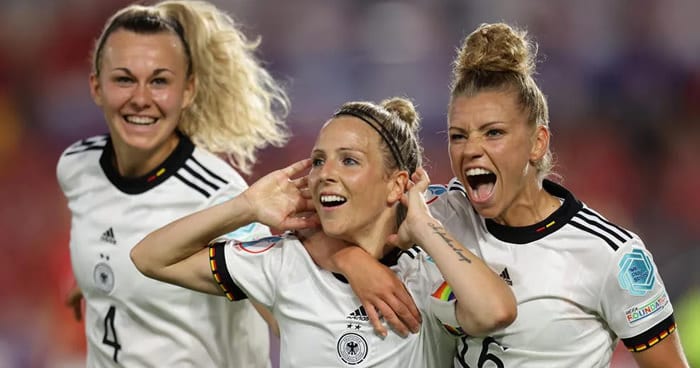 The match will be played at the MK Stadium

The Germany vs. France match will be played at the MK Stadium located in Bletchley, United Kingdom. The stadium has a capacity of 30,500 people.
12:31 PM4 months ago

How the Chicago Fire can help Xherdan Shaqiri 17 hours ago