🙌 First win of the season.

Thank you for following QPR vs Middlesbrough live on VAVEL. Keep visiting the VAVEL website to keep up to date with everything that is happening in the world of sport.
12:00 PM7 days ago

The match between QPR and Middlesbrough ends, the home team wins.
11:39 AM7 days ago

Chris Willock back defending to get in the way of Howson's goal-bound effort
11:17 AM7 days ago

MIDDLESBROUGH GOOOOOAL! Forss brings the visitors closer on the scoreboard and they are back in the match.
11:09 AM7 days ago

The second 45 minutes start between QPR and Middlesbrough, at the moment the partial victory goes to the home team.
10:50 AM7 days ago

The first half is over, QPR momentarily beats Middlesbrough and takes the lead into the dressing room.
10:43 AM7 days ago

MIDDLESBROUGH GOOOOOOOAL! Crooks pulls one back for the visiting team and already reduces the deficit on the scoreboard.
10:41 AM7 days ago

GOOOOOOOOOL FOR QPR! Dykes scores his third of the day to extend the home team's lead.
10:31 AM7 days ago

GOOOOOOOOOL FOR QPR! Dunne scores his second of the day to extend the home team's lead.
10:30 AM7 days ago

GOOOOOOOOOL FOR QPR! Dickie scores his second of the day to extend the home team's lead.
10:29 AM7 days ago

A PERSPECTIVE OF THE GOAL

The exact moment in which Willock aims, prepares and shoots so that seconds later, he opens the scoring with a great goal.

Forss is shown yellow for a sliding challenge on Johansen
10:15 AM7 days ago

GOOOOOOOOOOOOOOOOOL FOR QPR! Willock scores the first goal of the day to put QPR ahead.
10:07 AM7 days ago

Dykes finds a rebound at the halfway line and unleashes a powerful shot that goes just wide of the post. QPR's bell has rung
10:01 AM7 days ago

The first 45 minutes start between QPR and Middlesbrough, both teams will be looking for a goal to go to the locker room with an advantage.
9:48 AM7 days ago

In a couple of minutes we will start with the broadcast of the duel between QPR and Middlesbrough from Loftus Road Stadium, matchday 2 of the EFL Championship 2022-23.
9:43 AM7 days ago

This is the lineup that Middlesbrough sends to face QPR and give a blow of authority at home to take the three points in dispute this second day. 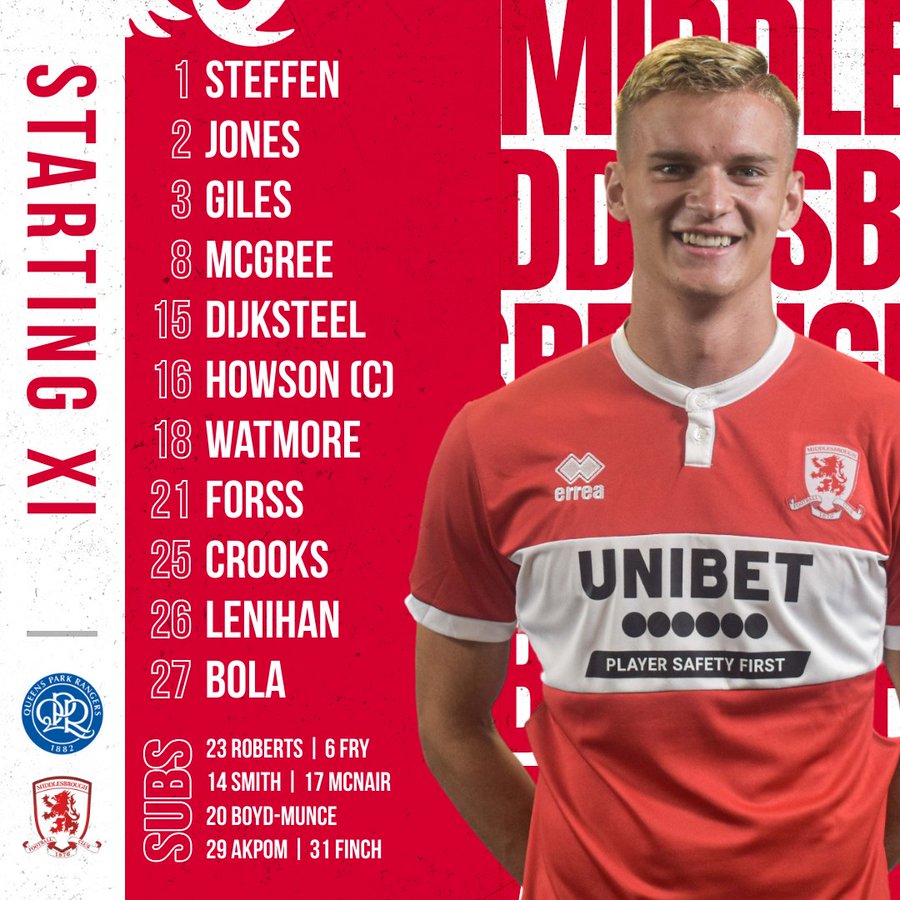 This is the lineup that QPR sends to face Middlesbrough and get three points at home and accompanied by their people. 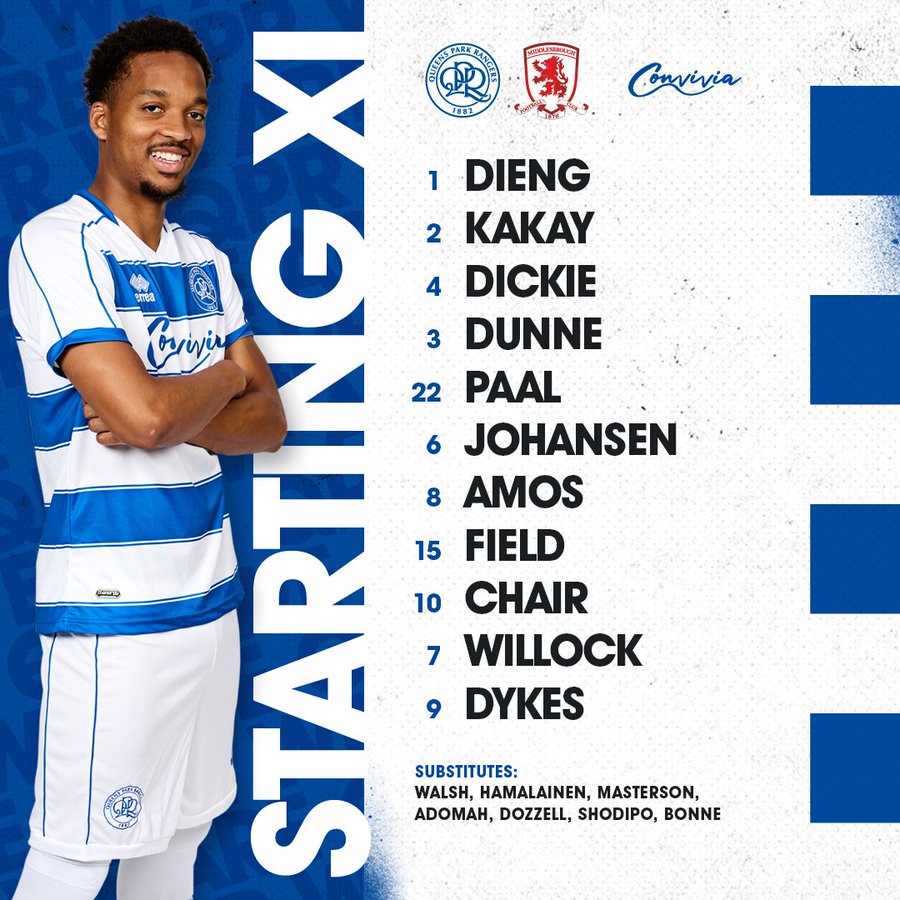 HOW IS THE CHAMPIONSHIP GOING AT THE MOMENT?

At the moment the Championship is dominated by Millwall in first place, followed by Hull City, in third place is Burnley who will be looking to return to the Premiership, in fourth place is Blackburn Rovers, and finally in fifth place is Blackpool.
9:28 AM7 days ago

WHAT'S NEXT FOR MIDDLESBROUGH?

WHAT'S NEXT FOR QPR?

After facing Middlesbrough, QPR will face Charlton in the First Round of the EFL Cup and then they will face Sunderland at the Stadium of Light for the 3rd round of the Championship.
9:18 AM7 days ago

The QPR team debuted with a defeat at the beginning of the season in the Championship when they visited Blackburn Rovers, a match in which they were totally dominated and stoned for 90 minutes where they were more focused on defending their goal than attacking. Finally, their executioner was Lewis Travis, who scored the winning goal in the 34th minute.
9:13 AM7 days ago

SHODIPO WILL BE LOOKING TO PROVE HIS WORTH

The 25-year-old winger made his debut for QPR six years ago, but injuries have hindered his progress to excel with the team as he struggled to establish himself as a starter throughout the different approaches. For this season and in his words "it will be a big year" he will be looking to prove himself to the QPR fans and help the team get back to the Premier League
9:08 AM7 days ago

The wait is over, QPR faces Middlesbrough in what will be the second matchday of the EFL Championship. Both clubs will be looking for three points in this second match of the competition and continue their path towards promotion to the Premier League at the end of the season.
9:03 AM7 days ago

Do not miss a detail of the match with the live updates and commentaries of VAVEL. Follow along with us all the details, commentaries, analysis and lineups for this QPR vs Middlesbrough match.
8:58 AM7 days ago

What time is QPR vs Middlesbrough match for Football League Championship?

This is the start time of the game QPR vs Middlesbrough of 6th August in several countries:

Watch out for this Middlesbrough player:

The player to watch for this match will be the attacking midfielder, Jonny Howson, the current Offensive Midfielder has been an important piece throughout the preseason for Middlesbrough and he proved it by giving and opening spaces to the team to generate attack, now, he will look to break the nets and be the difference that balances the balance in favor of his team. 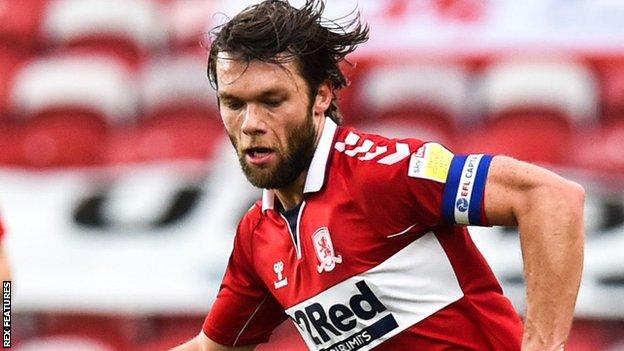 Morocco striker Ilias Chair has been one of the key players for QPR as he possesses the ability to get inside and move inside the box, as well as knowing how to exploit the spaces usually left by the defensive lines. Likewise, he has been a key player in the attack, which has earned him a starting place and the confidence of his coach, so he will be the player to watch for this match. 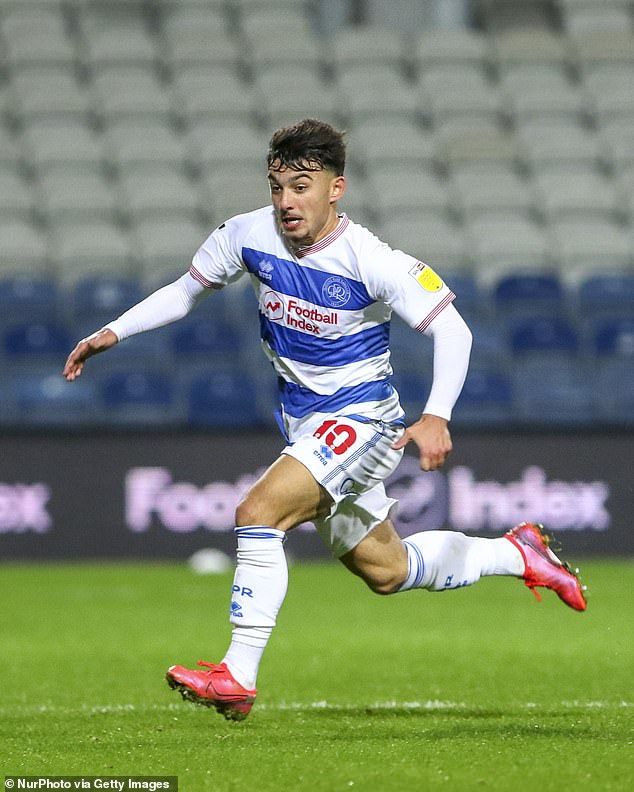 QPR and Middlesbrough have met 55 times (20 wins for QPR, 17 draws and 18 wins for Middlesbrough) where the scales are tipped in favor of the home side. In goal scoring history, it is QPR who have the advantage with 87 goals to Middlesbrough's 77 goals. Their last meeting dates back to matchday 31 in the Championship of the 21-22 season where the two sides drew 2-2.
8:28 AM7 days ago

The Kiyan Prince Foundation Stadium is a soccer stadium located in London and was inaugurated in 1904, it has a capacity of 18 200 people. It was inaugurated on October 22, 1904 and its first owner was the Shepherd's Bush Football Club, a team that disappeared in 1915. Two years later Queens Park Rangers took over the stadium.

On April 27, 1974 the record attendance was recorded, when 35 353 people attended a match against Leeds United FC.

In 2019 it was renamed the Kiyan Prince Foundation Stadium in tribute to Kiyan Prince. A youth footballer at the club who was killed in 200.

On the other hand, Middlesbrough will play their matches again in the EFL Championship, however, just like their similar team, they had a great performance in the preseason, winning all their matches and overcoming high level rivals such as Marseille and in their presentation match they drew against Albion, so they will try to surprise QPR.
8:18 AM7 days ago

They want to make their home ground count

QPR will return to the Championship for another season in the hope that this will be their last and that they can return to the Premier League after a considerable time away. The Rangers team had a very motivating preseason as they won almost all their matches, having at the end a stumble against Crystal Palace, however, they are aiming to be at the top of the table this season and get the ticket to the top division.
8:13 AM7 days ago

The Championship is back and all the clubs will be looking to fight for the same goal; promotion to the Premier League. It will be a long journey for everyone where points will be an important factor to be promoted directly or have to fight for promotion in the Playoffs. In this second matchday, QPR and Middlesbrough will meet again in what will be the presentation of both clubs in this new season where debuting with the right foot will be of great importance if they want this to be their last season in the silver division.
8:08 AM7 days ago

The QPR vs Middlesbrough match will be played at Kiyan Prince Foundation Stadium, in London, England. The kick-off is scheduled at 10:00 am ET.
8:03 AM7 days ago

Welcome to VAVEL.com’s LIVE coverage of the 2022 Football League Championship: QPR vs Middlesbrough!