It's over! PSV takes the third round of these playoffs.
5:04 PM2 months ago

Jean Luca's shot ends up being rejected.
4:58 PM2 months ago

Close! A shot from Monaco, but PSV's defense is on top of its game to keep the ball out of danger.
4:54 PM2 months ago

Goal, goal, goal for PSV! Luuk de Jong sends in a lethal shot from Teze's cross to give the home side the lead.
4:51 PM2 months ago

The match restarts and the last overtime is played.
4:47 PM2 months ago

The first overtime ends, the score is still tied.
4:45 PM2 months ago

The match is back and forth, with both teams looking to take the lead.
4:41 PM2 months ago

Diatta's shot does not end up in the direction of the goal.
4:31 PM2 months ago

The first extra time is played in the Netherlands.
4:28 PM2 months ago

It's over. The match will be decided in overtime.
4:19 PM2 months ago

PSV change. Mwene and Max are replaced by Bakayoko and Oppegard.
4:00 PM2 months ago

Goal, goal, goal for Monaco! Ben Yedder sent in a lethal shot to turn the scoreline around.
3:56 PM2 months ago

PSV changes. Gutiérrez and Ramalho replace Til and Saibari.
3:55 PM2 months ago

Goal, goal, goal for Monaco! Maripán ties the match in a great way.
3:43 PM2 months ago

Monaco changes. Henrique and Diatta are replaced by Jakobs and Golovin.
3:42 PM2 months ago

Action resumes for the second half of the game
3:19 PM2 months ago

The first half is over, PSV leads by the minimum at halftime.
3:15 PM2 months ago

Good intervention by Benítez, preventing Volland's shot from going in.
3:08 PM2 months ago

Goal, goal, goal for PSV! Veerman popped up to open the scoring for the home side.
2:58 PM2 months ago

The ball is fought in midfield, both teams are looking to generate danger.
2:43 PM2 months ago

Quite a lively game with chances for both teams.
2:38 PM2 months ago

The match kicks off in Eindhoven.
2:37 PM2 months ago

Both teams are already on the field, ready for pre-match warm-ups.
2:27 PM2 months ago

Both PSV and Monaco are already at the Philips Stadium, ready for this final match.
2:22 PM2 months ago

This is what the Philips stadium looks like for this match, and what a great entrance there will be. 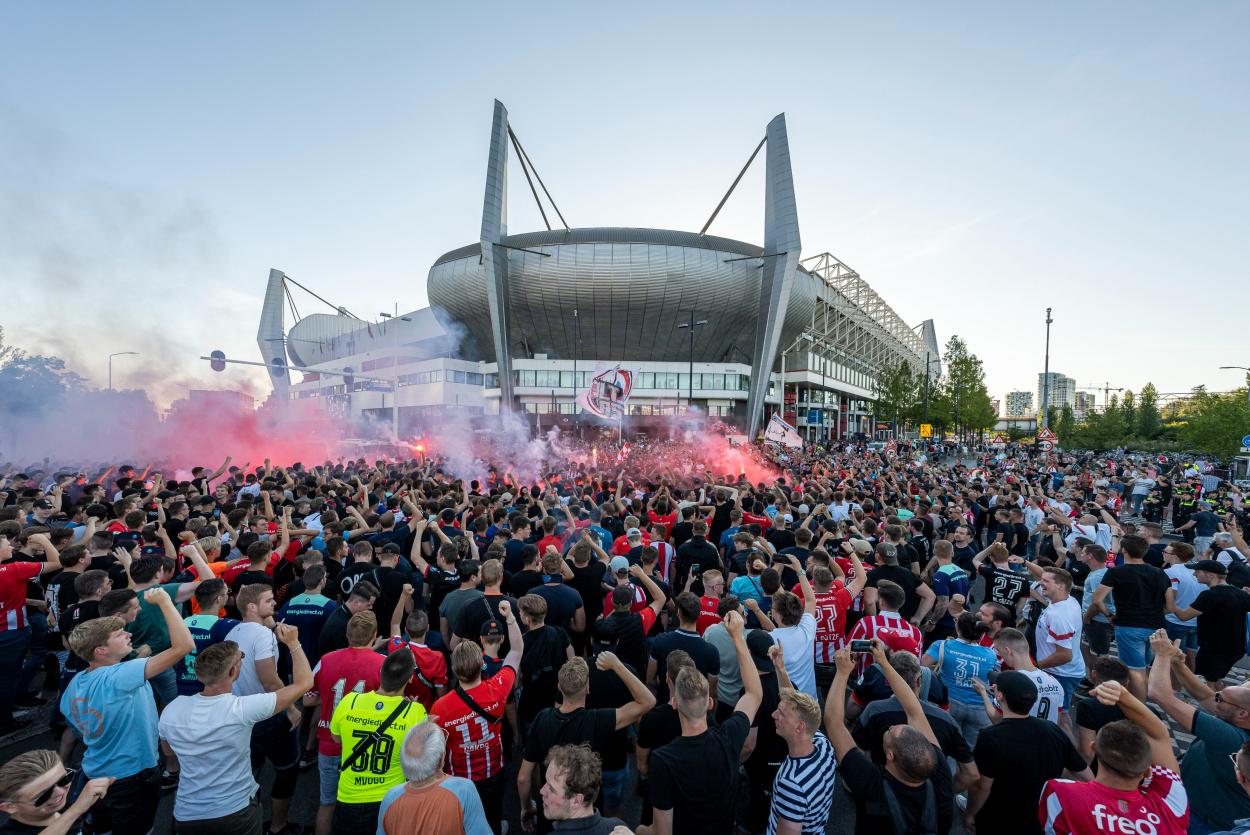 Cody Gakpo comes into this match after scoring a brace against Emmen in the first matchday of the Eridivisie, so in this match he will be looking for a surprise and help his team to stay alive.
2:12 PM2 months ago

He's still in the team!

Ibrahim Sangaré extended his contract with PSV until 2024, after the news was announced, the player expressed: "I have felt at home since day one, the way people treat me here makes me very happy."
2:07 PM2 months ago

PSV has to pay special attention to Diatta, after the great goal he scored against Strasbourg, the player is very motivated and eager to continue supporting his team to continue in this competition.
2:02 PM2 months ago

In the first leg of the third round, PSV and Monaco played to a 1-1 draw, so both teams will be looking for a win in this match.
1:57 PM2 months ago

The last three meetings between these teams at this stadium have ended in two defeats and one win for the home side.
1:52 PM2 months ago

We're back for minute-by-minute coverage of the PSV-Monaco match. We will share the most relevant information with you shortly, as well as the confirmed lineups.
1:47 PM2 months ago

Stay tuned for the PSV vs Monaco live stream.

In a few moments, we'll share with you the starting lineups for PSV vs Monaco live, along with the latest information from the Philips Stadium. Keep an eye on the action with VAVEL's minute-by-minute live online coverage.
1:42 PM2 months ago

Where and how to watch PSV vs Monaco online live streaming

The match will not be broadcast on television.

PSV vs Monaco can be tuned in from Paramount+ App live streams.

What time is the PSV vs Monaco match of the Champions League knockout stage?

This is the kickoff time for the PSV vs Monaco match on August 9, 2022 in several countries:

Monaco player Krépin Diatta spoke ahead of the match: "Above all, we're very happy, because the most important thing was to come here to win. We knew that the statistics were not in our favor before the game. But today we showed that we are a team, fighting from start to finish. Personally, it was a joy for me to come back, because I worked hard. Everyone supported me, the Club put me in very good conditions. I knew I was going to come back strong, because I was very well supported, whether by my family, the physiotherapists... especially by Jérôme Palestri, with whom I suffered for six months. I dedicate this goal to him and to all those who contributed to my comeback. My work alone wasn't enough, and I won't forget that.

"I think we followed the coach's instructions. We knew that Strasbourg is also a very aggressive team on the field. It was necessary to have a response, because the times when we lost here, many times it was due to small details. We wanted to show that we have character, that we know how to press high and play good soccer. That is what we did. We're all happy, this victory is very important.

How are Monaco coming into the game?

Monaco is coming into this match after beating Strasbourg by two goals to one, and are in good shape for the second leg.

How are PSV coming in?

PSV comes into this match after a draw in the first leg and a four goals to one win over Emmen in the first matchday.
1:17 PM2 months ago

The match will be played at the Philips Stadium.

The PSV vs Monaco match will be played at the Philips Stadium located in Eindhoven, The Netherlands. The stadium has a capacity of 35,000 people.
1:12 PM2 months ago