THANKS FOR THE VAVEL LIVE

Thank you for following the Pyunik vs Red Star live on VAVEL. Keep visiting the VAVEL portal to keep up to date with what's happening in the world of sport.
2:57 PM2 months ago

The match between Pyunik vs Red Star ends, the team from Belgrade qualifies to the next round.
2:40 PM2 months ago

Last moments of the match. Red Star is close to reach the next round.
2:35 PM2 months ago

Katai hits the crossbar with a shot from outside the area.
2:26 PM2 months ago

Artur Avagyan is also shown the yellow card for a foul on his opponent.
2:08 PM2 months ago

Bukari heads inside the area and the goalkeeper makes a great save.
1:45 PM2 months ago

Strahinja Eraković is shown the yellow card for a bad foul.
1:29 PM2 months ago

Carlos Jamisson Teles dos Santos Junior is shown the yellow card for a bad foul on Bukari.
1:20 PM2 months ago

Juninho hits from outside the area but his shot ends up in the stands.
1:08 PM2 months ago

Juninho (Pyunik) gives away a free kick for a foul on Bukari (Crvena zvezda).
1:04 PM2 months ago

Cociuc (Pyunik) gives away a free kick for a foul on Pavkov (Crvena zvezda).
1:02 PM2 months ago

The match between Pyunik and Red Star starts, the locals are going for the feat.
12:57 PM2 months ago

This is the atmosphere inside the stadium for the match.

The players are finalizing their training sessions for the start of the final 90 minutes.
12:49 PM2 months ago

In a couple of minutes we will start with the Pyunik vs Red Star, a match corresponding to the third round of the UEFA Champions League Playoffs.
12:39 PM2 months ago

ALREADY ARRIVED AT THE STADIUM

The teams are already at the stadium to play the second leg. A great game is coming

This is the Red Star Belgrade's lineup to finish sealing their pass to the final round of the playoffs. They are going all out to kill their opponents. 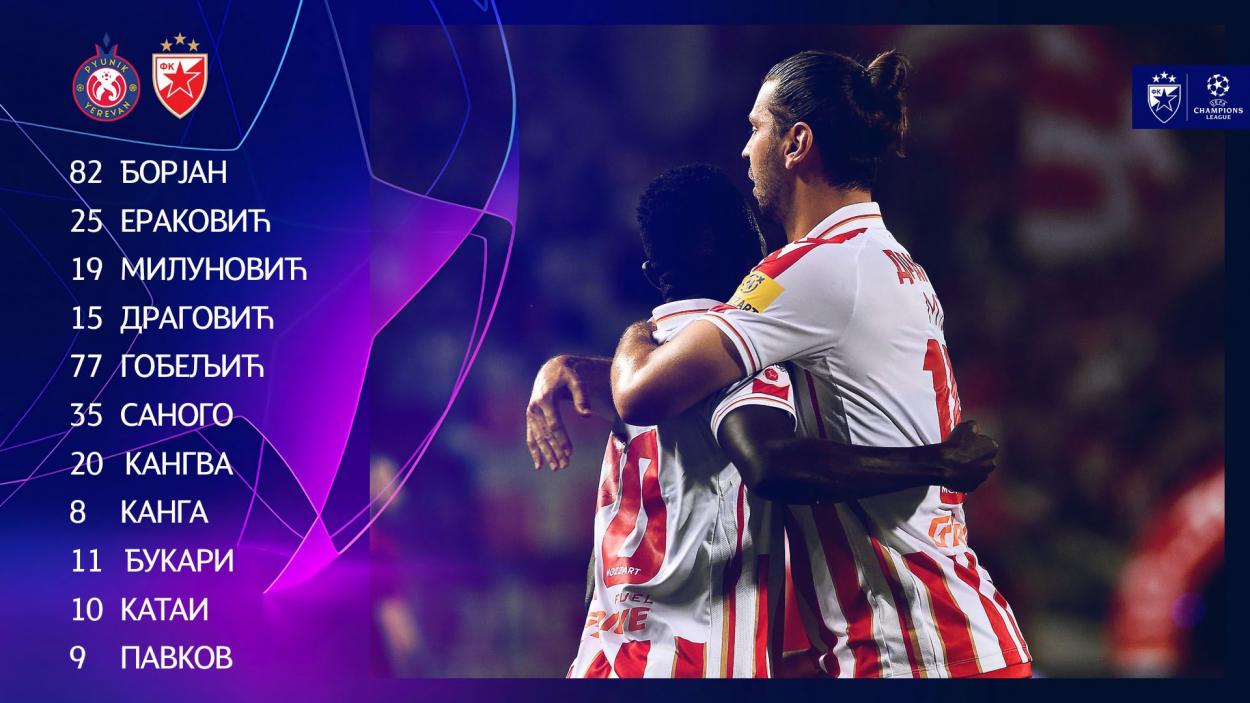 WHAT DOES THE RED STAR NEED TO GO THROUGH?

On the other hand, the outlook looks more favorable for Red Star as they have a foot and a half assured in the final round to be in the next Champions League. The Belgrade side needs to win by any score, draw by any score and even lose by four goals to go through.
12:24 PM2 months ago

WHAT DOES PYUNIK NEED TO DO TO GO THROUGH?

Pyunik took a drubbing in the last game where Red Star took advantage to thrash the home side 0-5. The Pyunik team will need to score 5 goals to tie the aggregate and try to win the duel in extra time or penalties, if they score 6 they would be and not concede they would automatically be in the next round.
12:19 PM2 months ago

THAT'S HOW THE FIRST LEG WENT

The first round of this elimination duel took place in the city of Belgrade, home of Red Star, the home team did not miss the opportunity to make its home advantage felt and go with an advantage to this second leg, so they took advantage to score 5 goals to Pyunik and seal their pass to the final Playoffs unless something extraordinary happens.
12:14 PM2 months ago

Do not miss a detail of the match with the live updates and commentaries of VAVEL. Follow along with us all the details, commentaries, analysis and lineups for this Pyunik vs Belgrade Red Star match.
11:59 AM2 months ago

This is the start time of the game Pyunik vs Belgrade Red Star of 9th Auguts in several countries:

Watch out for this Red Star player:

For this match, the player to watch will be Osman Bukari, the midfielder with great experience in Croatian football has been characterized by putting order on the field. Osman Bukari has become one of the most promising players in the midfield and was one of the key players for Red Star to reach the playoffs this year. 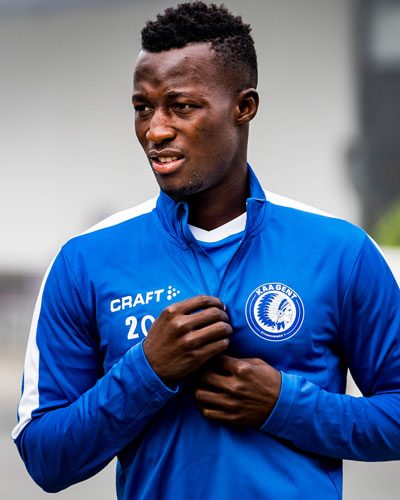 Watch out for this Pyunik player:

For this match, as always, Mikhail Kovalenko will be the player to watch for the Pyunik side. The Russian striker is Pyunik's offense, he is in charge of generating, looking for the ball and opening up space to look for a shot to put Ludogorets up on the scoreboard. In addition, his great experience and command of the small area make him a demon for the rival defenses. 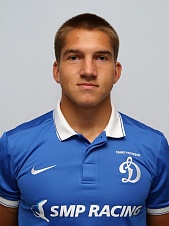 Watch out for this Pyunik player:

For this match, as always, Mikhail Kovalenko will be the player to watch for the Pyunik side. The Russian striker is Pyunik's offense, he is in charge of generating, looking for the ball and opening up space to look for a shot to put Ludogorets up on the scoreboard. In addition, his great experience and command of the small area make him a demon for the rival defenses.
11:39 AM2 months ago

This will be the second clash between the two teams, where the record and goals are entirely in favor of the Red Star side. For these second 90 minutes, Pyunik will look to impose and tie the balance at least in the history of duels.
11:24 AM2 months ago

In 2008, the stadium underwent a modernization where it was able to achieve a high level of facilities and at the same time comply with UEFA regulations.

At the moment, the Red Star team is the clear favorite to win a place in the UEFA Champions League, however, this is their first knockout match, so despite having the advantage, they should not be confident if they want to keep their ticket to the final knockout round to be present in the best tournament in the world. Last game they literally made their home ground count and scored 5 goals that made them take advantage to leave their rivals in a near knockout.
11:14 AM2 months ago

Looking for a comeback

The Pyunik team will try to overcome the adverse maracdor they received in the first match where the Red Star did not hesitate to win against their rival to have a foot and a half in the next knockout round towards the UEFA Champions League, so they will try to win now as locals and score 6 goals in 90 minutes and not concede a goal so that they can qualify and achieve the feat of this almost impossible comeback.
11:09 AM2 months ago

The road to the Champions League begins.

The 22-23 season is just around the corner for some and is already present for others, with it, comes a new edition of the most important tournament in the world of Clubs, the UEFA Champions League. The tournament with the best soccer in the world already has some members ready to make their appearance in the new way to seek to get the crown, however, many teams still have the opportunity to be present for this new edition of the championship so they will seek to stay with the golden opportunity in these knockout rounds towards the Champions League.
11:04 AM2 months ago

The Pyunik vs Belgrade Red Star match will be played at Yeveran Stadium, in Everan, Armenia. The kick-off is scheduled at 13:00 pm ET.
10:59 AM2 months ago