Both teams will take the field next Saturday (20). Borussia Dortmund host Werder Bremen, while Freiburg visit Stuttgart.
4:37 PMa month ago

With the victory, Borussia Dortmund sleeps at the top of the Bundesliga, with six points earned. Freiburg, meanwhile, is third with the same three points.
4:36 PMa month ago

Wolf dribbles past Günter as he invades the box, cuts in and hits the goalkeeper's corner
4:20 PMa month ago

Out: Grifo and Doan

Bynoe-Gittens passes through two, plays to Brandt, who hands off to Moukoko turns to Dortmund
4:07 PMa month ago

Bynoe-Gittens shoots from distance. Flekken sprawls high, but can't hold on and sees the ball die in the net
4:04 PMa month ago

Sildillia throws the ball to Gregoritsch, but the number 38 throws it away
3:56 PMa month ago

Sallai receives the ball on the edge of the box, takes it into the middle and hits a cross. Kopel drops to make the save
3:54 PMa month ago

Dahoud makes a good individual move, gets rid of the marking and finds space when he reaches the edge of the area and shoots dangerously to the right of the goal
3:43 PMa month ago

Modeste receives a lateral pass in the area, Lienhart takes the lead and protects it until the goalkeeper catches it
3:36 PMa month ago

The first half ends
3:19 PMa month ago

Bellingham shoots low. Flekken pulls off a save
3:17 PMa month ago

Dahoud opens with Modeste on the left and the forward sends it out
3:09 PMa month ago

Günter is able to head the ball into the box and Gregoritsch completes, also with his head, over the goalkeeper
3:07 PMa month ago

Grifo takes a free-kick which is placed well clear of the barrier. Kobel stretches all the way and prevents the ball from dying in the corner
3:05 PMa month ago

Guerreiro crosses too hard from the right and Modeste can't head the ball into the goal
2:56 PMa month ago

Reus plays the ball to Modeste in the box, who hits a cross. Flekken makes a great save
2:50 PMa month ago

Günter crosses dangerously from the left. Kopel avoids the danger by pushing away with his leg
2:44 PMa month ago

Grifo receives the ball at speed, goes to the end line and crosses low. Hummels struggles to make the cut
2:39 PMa month ago

Dortmund exchanges passes around the Freiburg box. The defense does not let the opponents threaten dangerously
2:37 PMa month ago

Malen gets in the middle, finds space and shoots from the edge of the box. Flekken holds firm
2:34 PMa month ago

How and where to watch the Freiburg vs Borussia Dortmund match live?

If you want to directly stream it: ESPN+

What time is Freiburg vs Borussia Dortmund match for Bundesliga?

This is the start time of the game Freiburg vs Borussia Dortmund of 12th August 2022in several countries:

"Freiburg are just as aggressive as Leverkusen. Against Leverkusen, we were chasing a lot in the second half, we lost possession quickly. At some point you need strength, so we have to protect ourselves a little better and stay with the ball. They (Freiburg) are extremely dangerous and effective with set pieces. We have to be ready to hit back and do better to go home with three points."
1:20 PMa month ago

Haller, Süle and Adeyemi are not at Edin Terzic's disposal. The young striker, 20, was ruled out after feeling the tendon in his left foot in the meeting with Leverkusen. Özcan has recovered from a foot injury.
1:10 PMa month ago

Streich on not losing for three home games against Dortmund

"It's better when you have a sense of achievement. I can't say what percentage that represents. We showed good performances against Dortmund in recent years, but we also had five goals conceded in the second half of last season."
1:05 PMa month ago

Christian Streich will be without the injured Ezekwem, Höler and Schade. Kübler is a doubt due to a thigh strain.
12:55 PMa month ago 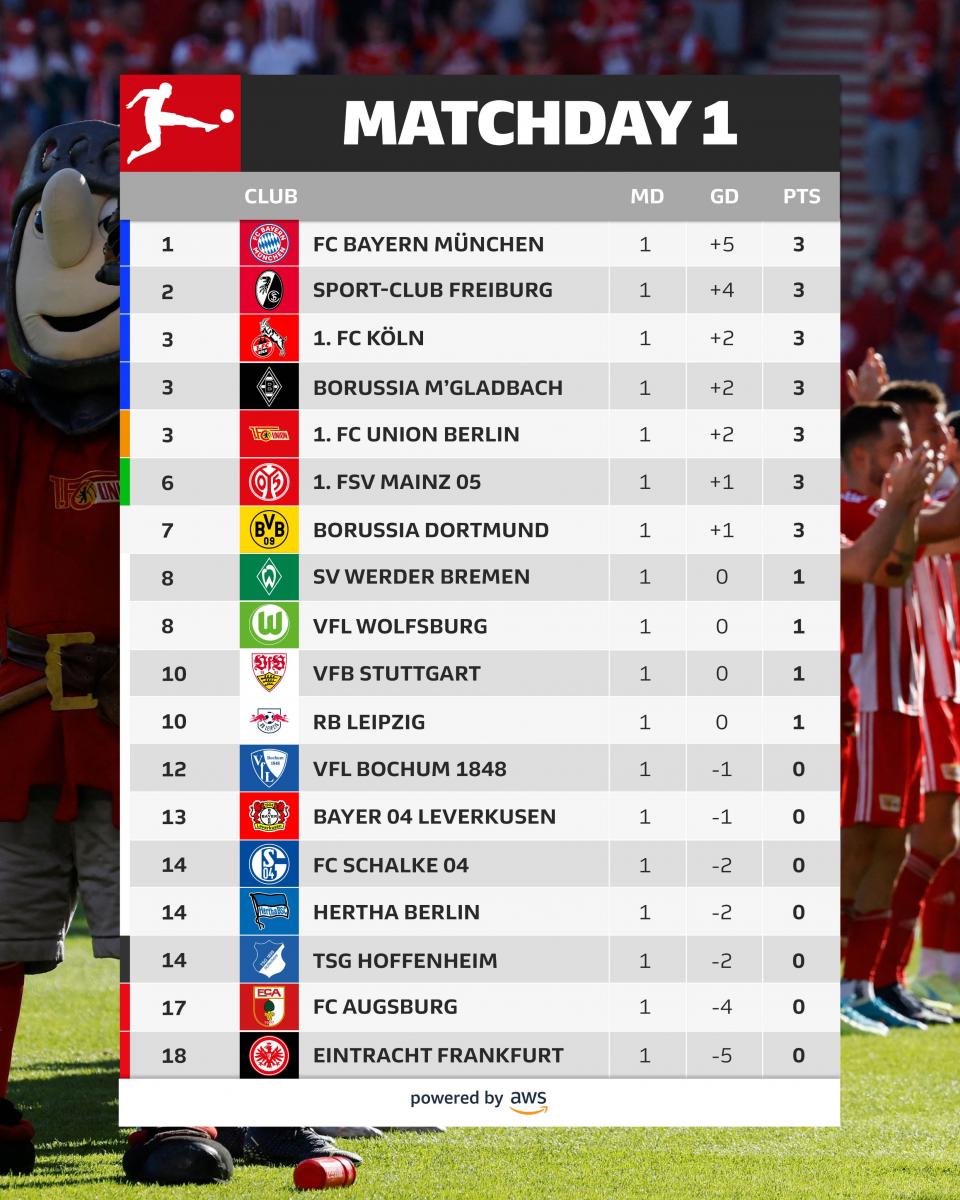 Borussia Dortmund have won four friendlies and one official Pokal match, with four wins, one draw and three defeats. In the Bundesliga, Marco Reus' goal in the first minutes and Kobel's fine saves ensured a 1-0 victory over Bayer Leverkusen.
12:45 PMa month ago

Freiburg started the competition on the right foot, thrashing Augsburg, 4-0. The Breisgau-Brasilianer (Brazilians from Brisgovia) is undefeated since the pre-season, in addition to the positive result by the DFB Pokal. In six games, they have won five and drawn one.
12:40 PMa month ago

Freiburg vs Borussia Dortmund, live this Saturday (12), at the Europa-Park Stadion, at 2:30 pm ET, for the Bundesliga. The match is valid for the 2th round of the competition.
12:35 PMa month ago