Oliveros made a good save to keep the ball away from Malagón's goal.
11:49 PM2 months ago

Goal, goal, goal for Necaxa! Oliveros appeared alone in the box and sent it into the net to tie the game.
11:45 PM2 months ago

Cortizo's shot, but Peña appeared at the back to prevent the ball from reaching the goal.
11:42 PM2 months ago

Necaxa looks to generate danger, but the Puebla defense is multiplied at the back.
11:30 PM2 months ago

Goal, goal, goal for Puebla! Great play by Jordi Cortizo that culminates in a shot on goal and gives Puebla the lead.
11:29 PM2 months ago

Madrigal's cross, but Giménez fails to finish the ball.
11:20 PM2 months ago

Goal, goal, goal for Necaxa! A cross to Araos and Batista pops up to shoot into the net and tie the game.
11:18 PM2 months ago

Powerful shot by Garnica, but the ball goes wide.
11:11 PM2 months ago

The actions are resumed, the complement is played.
10:55 PM2 months ago

Halftime in Puebla, the locals win by the minimum.
10:51 PM2 months ago

Excellent save by Vikonis, after Batista's shot.
10:44 PM2 months ago

Great cut by Malagón after a cannon shot by Puebla.
10:41 PM2 months ago

A back-and-forth encounter, with both teams looking for the opponent's goal.
10:32 PM2 months ago

A powerful shot by Madrigal, but the ball goes wide.
10:24 PM2 months ago

Goal, goal, goal for Puebla! Martín Barragán appears in the box to head in Maxi Araújo's pass and give the home side the lead.
10:21 PM2 months ago

Close! García saves the visitors' goal from the first by Ferraréis.
10:19 PM2 months ago

Giménez arrived with danger, but the Puebla defense avoided the danger.
10:09 PM2 months ago

The actions kick off at the Cuauhtémoc.
10:02 PM2 months ago

Both teams are already on the field warming up prior to the start of the match.
9:48 PM2 months ago

Both Puebla and Necaxa are already at the Cuauhtémoc stadium, tonight they will go all out for a vital victory to stay in the top twelve.
9:47 PM2 months ago

This is what Cuauhtémoc Stadium looks like, ready to host this matchday nine duel between Puebla and Necaxa. 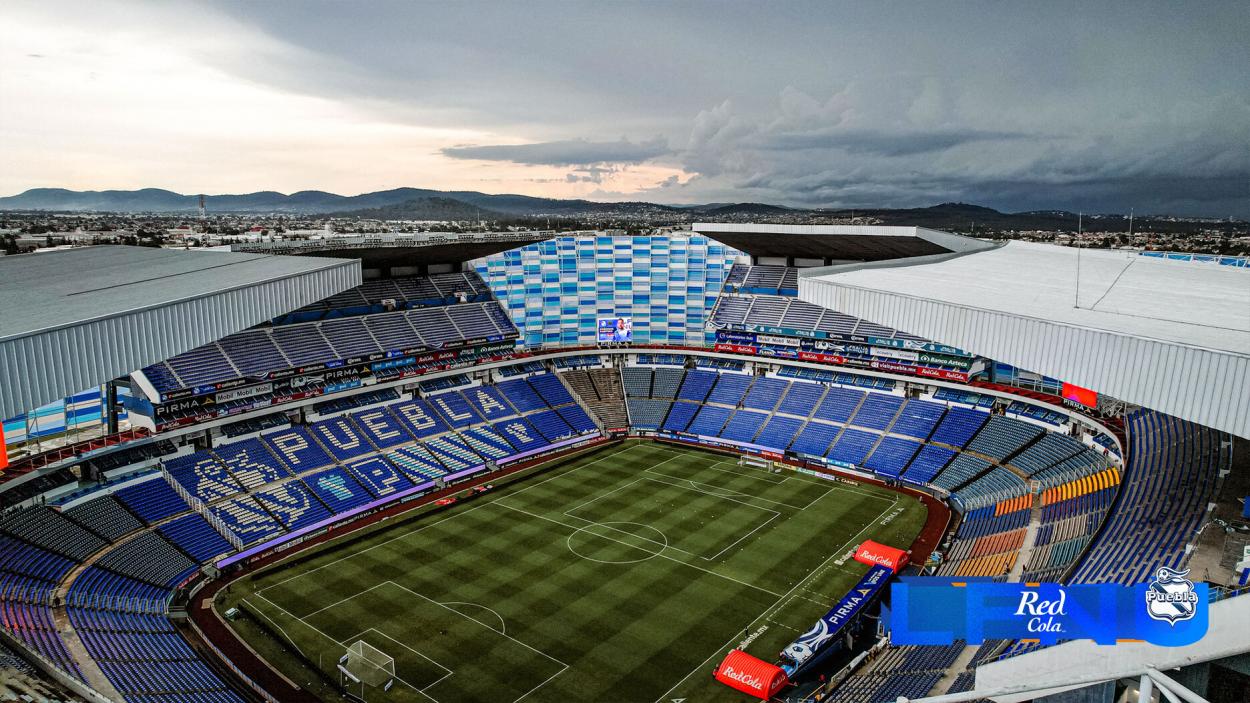 Puebla has not been able to stay positive and has accumulated only two wins, one draw and five defeats in the tournament.
9:33 PM2 months ago

Necaxa is in fourth place in the general table, however, it has not had a regular tournament and has four wins and four losses, so it will be looking for positive results.
9:28 PM2 months ago

Brazilian Camilo Sanvezzo has scored three goals in this tournament, the player will be looking to add more goals and continue contributing to the good moment Toluca is going through.
9:23 PM2 months ago

Israel Reyes is a player who has scored two goals and will be looking to continue contributing to the team's attack.
9:18 PM2 months ago

These teams have faced each other on 38 occasions, with Puebla winning ten of them against Necaxa's 18, as well as drawing the matches on ten occasions.
9:13 PM2 months ago

We're back for minute-by-minute coverage of the match between Puebla and Necaxa. We will share with you the most relevant information, as well as the confirmed lineups, shortly.
9:08 PM2 months ago

Stay tuned for the Puebla vs Necaxa live stream.

In a few moments we will share with you the starting lineups for Puebla vs Necaxa live, as well as the latest information from the Estadio Cuauhtemoc. Stay tuned for up-to-the-minute live coverage of the match on VAVEL.
9:03 PM2 months ago

Where and how to watch Puebla vs Necaxa live online

The match will be broadcasted on TUDN channel.

Puebla vs Necaxa can be tuned in from the live streams of the TUDN App.

What time is the Puebla vs Necaxa Liga MX Week 9 match?

This is the kickoff time for the Puebla vs Necaxa match on August 16, 2022 in several countries:

Nicolás Larcamon spoke after sealing the draw against Xolos after going behind: "It's another chapter in that spirit, that energy and that identity that has a lot to do with not giving up, of playing to the last, it's happened to us in other matches where we've also found points in decisive moments of the match. It's a great feeling, especially for the players who make it possible".

"It has happened to us in other matches where we have also found the points in the decisive moments of the match and it is a very great feeling that we have to value and highlight, especially the players who make it possible."

First of all it has to do with a collective work, which does not only have to do with me as the team's coach, undoubtedly I have a very important role, but the truth is that it has a lot to do with the work done by the team, the construction of a context that favors everyone to feel important, It's great that the union that we foster is also built by the people that make up the team".

How is Necaxa coming along?

Despite winning, Necaxa ended up losing to Rayados two goals to one, thus consummating yet another defeat in this competition. 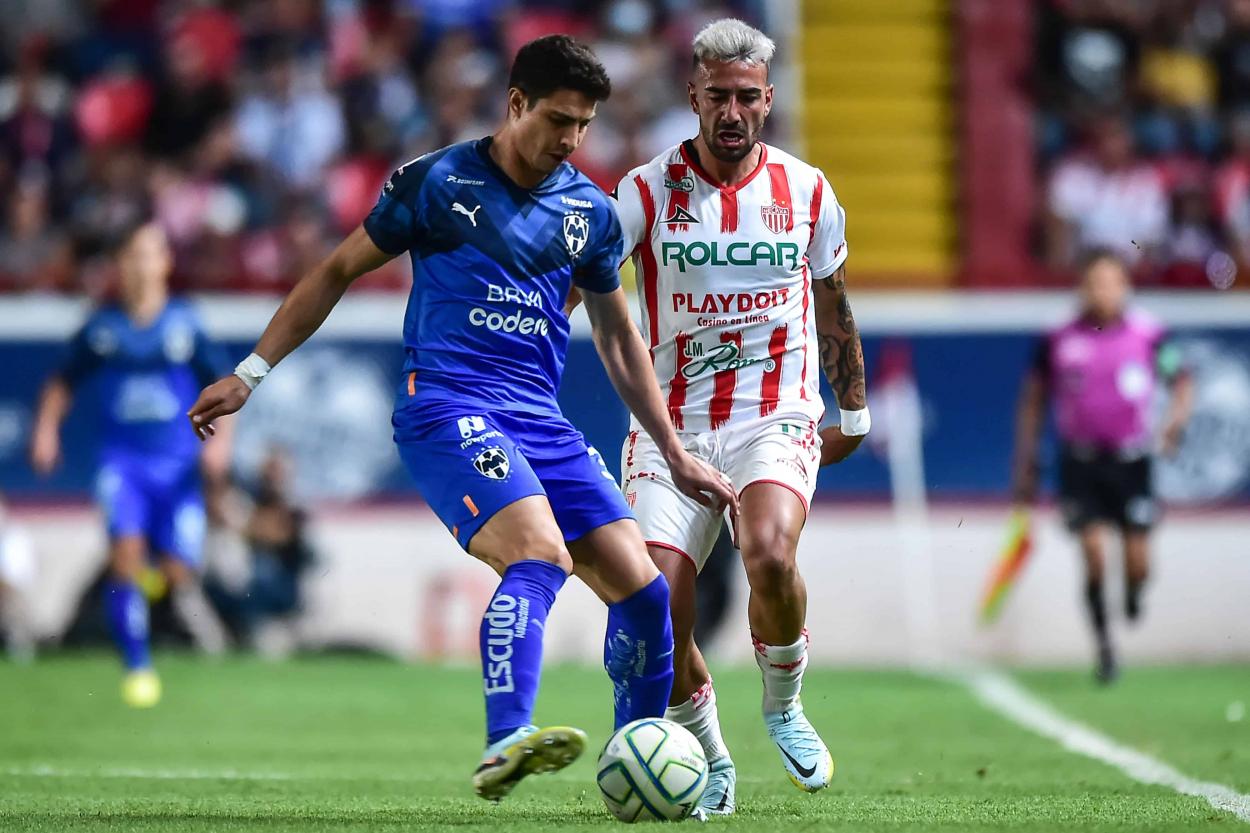 How are Puebla coming in?

Puebla arrives at this match after an agonizing draw against Xolos after going behind, demonstrating the team's gallantry in its quest to avoid losing points.
8:38 PM2 months ago

The match will be played at the Cuauhtémoc Stadium.

The Puebla vs Necaxa match will be played at the Cuauhtémoc Stadium located in Puebla, Puebla. The stadium has a capacity for 51,726 people.
8:33 PM2 months ago