Last minutes of the match Santos is taking the 3 points in round 9.
9:42 PMa month ago

León sets up a line of 3 with the intention of being as offensive as possible.
9:38 PMa month ago

Santos dominates the game after taking the lead in the match.
9:31 PMa month ago

Changes are made by both teams, León seeks to tie the match quickly.
9:27 PMa month ago

Many fouls stop the game, the teams fight hard for the ball.
9:21 PMa month ago

The intensity of the match increases, both teams keep attacking and it becomes a back and forth game.
9:17 PMa month ago

León is also pushing for the equalizer.
9:12 PMa month ago

Santos looked for the go-ahead goal in the opening minutes of the second half.
9:09 PMa month ago

The second half begins.
8:53 PMa month ago

Goal by Santos, the match is quickly tied.
8:43 PMa month ago

Goooool for Leon, the visitors open the scoring.
8:39 PMa month ago

Santos is the team that has had the most dangerous arrivals and is looking to open the scoring.
8:29 PMa month ago

The scoreboard does not move and we have already reached the first quarter of the game.
8:23 PMa month ago

It becomes a back-and-forth game with chances in both goals but still without effectiveness.
8:19 PMa month ago

The intensity of the game drops a little, and the game is blocked by fouls.
8:13 PMa month ago

Leon starts this match with a lot of intensity and is the team that proposes in the first minutes.
8:06 PMa month ago

The match between Santos and Leon kicks off.
7:50 PMa month ago

Both teams have finished warming up and are getting ready in the locker room to take the field for the start of the Liga Mx match corresponding to match day 9.
7:50 PMa month ago

This is Leon Lineup:

This is Santos Lineup: 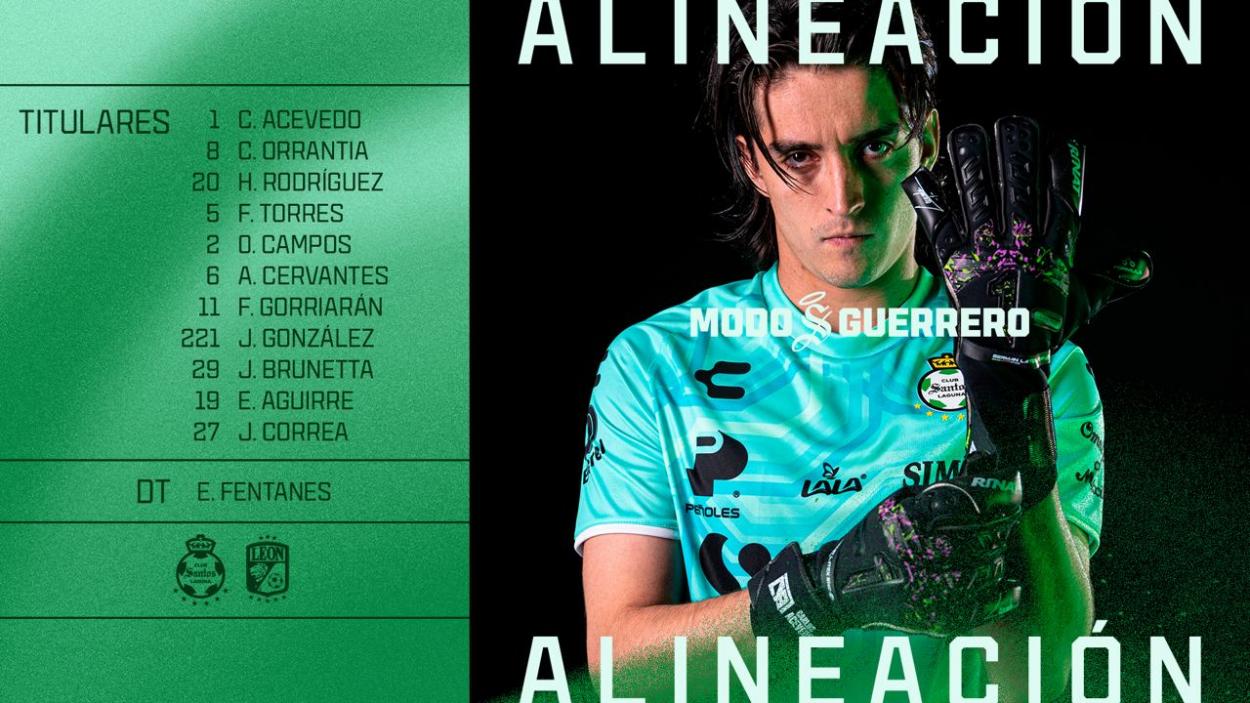 Both teams are warming up 30 minutes before kick-off.
7:35 PMa month ago

Here is how the teams arrive

Here in how the teams arrive

Today, in addition to Santos vs. León, San Luis vs. Pumas will be played at 9:00 a.m. at the Alfonso Lastras Stadium.
7:25 PMa month ago

Little by little the fans of both teams are arriving, more Santos Laguna fans, but there is a large entrance for this match corresponding to match day 9.
7:20 PMa month ago

Both teams are already at the TSM, recognizing the field and getting ready to warm up, a good entry is expected with fans from both teams.
7:15 PMa month ago

The central referee in charge of dispensing justice will be referee Victor Alfonso Cáceres Hernandez.
7:10 PMa month ago

In a few moments we will share with you every detail of the match between Santos vs. León, the lineups, data, goals and all the news surrounding this match corresponding to matchday 8 of Liga MX at Estadio Territorio Santos Modelo.
Don't miss it!
7:05 PMa month ago

How and where to watch Santos vs Leon

The Santos vs. Leon match will be broadcast live in Mexico on Fox Sports and Azteca 7.
It will also be available on the following digital platforms: Blue to go and Fox Sports Play.

If you prefer to follow the match online, remember that VAVEL Mexico is your best option to do so.

The last time these two teams met was on April 24, also at the TSM Stadium, with a 1-1 score with goals by Eduardo Aguirre and Angel Mena, a match that was very close with chances on both sides, without a doubt a very even match that awaits us tomorrow.
6:40 PMa month ago

In the last 15 games, León has won 6 games, Santos has won 5 and León has won 4 and León has won 4. Despite this, there is no favorite to come away with the victory tomorrow, given the evenness of the two teams going into Match day 8 in the Liga Mx.
6:35 PMa month ago

Ecuadorian-born winger, Angel Mena has had a long career in the Mexican league, he has played with Cruz Azul and currently with Leon, in 7 games as a starter he has scored one goal, he is also a national team member with Ecuador, he has played 43 games and scored 7 goals with his national team, a great player with an individual technique like very few others, he will be looking to get Leon out of the bad streak after losing in an ugly way against Mazatlan last week.

Mexican forward, he is 24 years old and is one of the promises for the Mexican national team, in the current tournament he has 7 games as a starter and 2 goals scored, he has been called up with the national team, he has 2 games with the senior team and 0 goals scored, but with the U-21 he has 8 games played and 9 goals scored, he is a great forward and will look for tomorrow to help the laguneros to get the 3 points against a difficult team such as Leon. 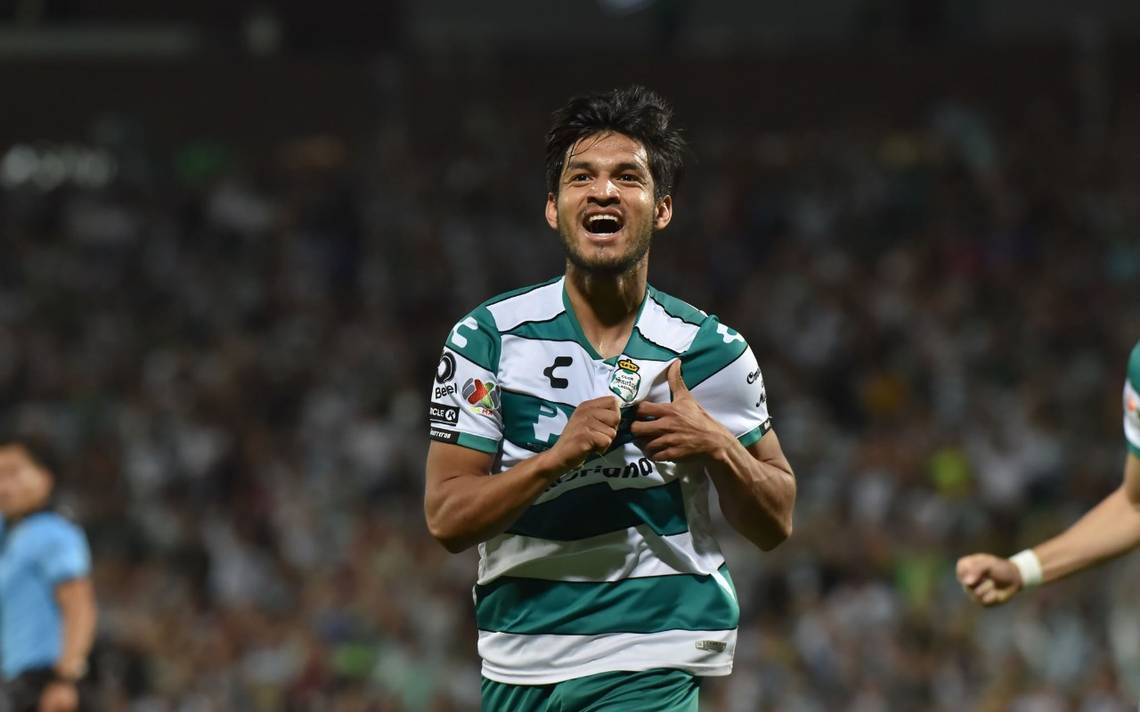 Also known as the Nuevo Corona Stadium, it is Santos Laguna's stadium, it has a capacity for 30 thousand spectators and was inaugurated in 2009, it has hosted the U-17 World Cup, among other important tournaments, and will be the setting for a match that is expected to be one of the most exciting of the 8th match day between Santos and Leon.

Welcome to the live broadcast of the Santos vs León match, corresponding to Day 8 of the Liga MX Apertura 2022 tournament.

The match will take place at Estadio TSM at 7:05pm.