Match ends with Southampton 2-1 win over Leicester City
10:47 AM5 months ago

The visitors manage the tie by controlling the ball as Brendan Rodgers moves his players to regain the lead in the match.
10:25 AM5 months ago

Saints tie game without much action on offense
10:24 AM5 months ago

The visitors equalize thanks to a goal by Adams

Maddison scores the first goal from a free-kick

Leicester started the second half with more consistent attacks
10:02 AM5 months ago

Action resumes at the King Power Stadium
9:47 AM5 months ago

First half ends goalless
9:46 AM5 months ago

A hard fought first half ends in the midfield but with no score so far.
9:42 AM5 months ago

Foxes fail to find clarity in the face of the Saints' inability to attack and find the scoreboard
9:25 AM5 months ago

The visitors are starting to respond because they know that a win would be fundamental in their fight against relegation.
9:17 AM5 months ago

The match starts very evenly with Leicester slightly more attacking than Saints.
9:02 AM5 months ago

Southampton starts with these players

Leicester presents its XI for the match

The leading scorer at the moment is Rodrigo with 3 goals, followed by Mitrovic with 2 and Gabriel Jesus with the same amount of goals scored.
8:30 AM5 months ago

Tottenham vs Wolves, Crystal Palace vs Astonj Villa, Everton vs Nottingham Forest, Fulham vs Brentford, Leicester vs Southampton, Bournemouth vs Arsenal, West Ham vs Brighton, Leeds United vs Chelsea, Newcastle vs Manchester City, Manchester United vs Liverpool.
8:25 AM5 months ago

The King Power Stadium is the venue for this match.
Opened in July 2002, it seats 32,262 spectators and has seen the Foxes lift the Premier League title.
8:20 AM5 months ago

The home side have Danny Ward as their starting goalkeeper following the departure of Kasper Schmeichel while the visitors use Gavin Bazunu.
8:15 AM5 months ago

Leicester with Maddison, Iheanacho and Vardy have 1 assist.
Southampton have Mara, Djenepo and Armstrong with 1 assist.
8:10 AM5 months ago

Top scorers for each team

For the Foxes there are 3 players with 1 goal: Maddison, Castagne and Dewsbury-Hall.
For the Saints James Ward-Prowse, Aribo and Walker-Peters also have 1 goal.

Do not miss a detail of the match with the live updates and commentaries of VAVEL. Follow along with us all the details, commentaries, analysis and lineups for this Leicester City vs Southampton match in Premier League 2022.

What time is Leicester City vs Southampton match for Premier League?

This is the start time of the game Leicester City vs Southampton of 20th August in several countries:

Leicester wants a place in the Champions League

The Foxes have had an important growth after the Premier League championship, as they managed to create very competitive squads and had the opportunity to play in the Champions League where they want to return.
Leicester has played UEFA Europa League and Conference League without much success despite having competitive players and that made them favorites to win those continental competitions.
7:50 AM5 months ago

Watch out for this Southampton player

James Ward-Prowse is not only the captain of the Saints, he is also the best free-kick taker in the English Premier League and is very fond of the team from the south of the island.
However, it seems that the sporting project has fallen short for his development and surely after this season, he could leave to look for a better place and have more prominence in England. 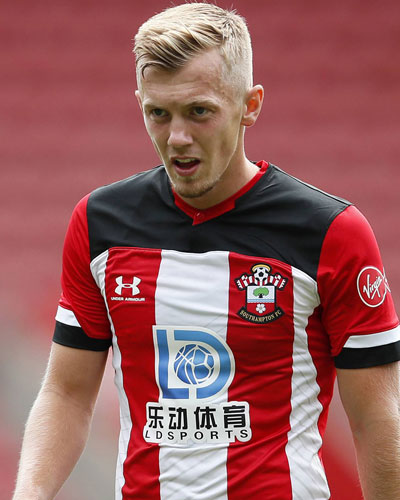 Watch out for this Leicester player

One of the last players still in the Foxes squad when they won the Premier League championship is English striker Jamie Vardy who although he is no longer a youngster, he has managed to stay at a great level.
Vardy was very loyal to Leicester who trusted him since his arrival and although his numbers have dropped the last few seasons gradually, he is still at a very high level of England's elite.
7:40 AM5 months ago

The Premier League begins to show the reality of the teams

The teams with a greater economic capacity are showing their potential in the English league even though only 2 matchdays have passed.
However, Arsenal, Tottenham, Chelsea and Manchester City are fighting for the top of the table and have the firm intention to fight for the championship and seek a position to compete in European competitions next season.
7:25 AM5 months ago

The Siants are in deep trouble as their stay in the Premier League has been based on buying young talent and selling them at a good price to bigger teams.

Southampton have a mission which will be to stay in the top flight and we will see if their owners want to step up to give Saints fans more joy.

Leicester with a project on pause

The Foxes entered a time of reconstruction due to all the spending that their owners have done to the team without getting into the Champions League, so they have had to pause the growth.

Leicester still has a very competitive team and will be looking for one of the 7 places for Europe, although realistically if they get into the Europa League it will be a more than successful campaign for Brendan Rodgers and company.

A match of teams with different fights is played

Leicester did not start the season in the best possible way and it is possibly, since they won the Premier League title, the most doubtful season in a long time as they did not sign any new players and it is very possible that they will lose players in the market.

Southampton Saints are in a latent risk of relegation and the first games confirm it, as they signed new players but very young or inexperienced in the Premier League, so they are candidates to play in the Championship next season.

Welcome to VAVEL.com’s LIVE coverage of the 2022 Premier League: Leicester City vs Southampton