It's over! Maccabi ties the match and beats Red Star on aggregate.
4:53 PMa month ago

Goal, goal, goal for Maccabi! Pavko appeared trying to deflect the ball and ends up putting it into his own goal.
4:50 PMa month ago

Atzili's shot, but the ball ends up going wide.
4:46 PMa month ago

Crvena Zvezda changes. Sanogo and Mustapha are replaced by Rodic and Bukari.
4:40 PMa month ago

Chery arrived with danger, but the ball ended up being rejected.
4:36 PMa month ago

Maccabi change. Atzili comes in for David.
4:27 PMa month ago

Cornud's shot is deflected by the goalkeeper.
4:20 PMa month ago

Katai's powerful shot ends up going over the goal.
4:15 PMa month ago

The complement is played.
3:51 PMa month ago

Goal, goal, goal for Maccabi! Sundgren blasts a shot from outside the box and scores for the visitors.
3:50 PMa month ago

He stopped it! Borjan saves the penalty.
3:48 PMa month ago

Penalty for Maccabi! The referee signals a handball inside the box by the home team.
3:44 PMa month ago

Goal, goal, goal for Crvena Zvezda! Great combination that ended in a cannon shot by Ivanic that ends up putting the second.
3:38 PMa month ago

Pesic's shot ends up in the goalkeeper's hands.
3:34 PMa month ago

Maccabi fails to clear the ball and almost concedes the second.
3:27 PMa month ago

Goal, goal, goal for Crvena Zvezda! Katai enters the box, gets to the back line, sends a diagonal shot and Pesic scores the first.
3:24 PMa month ago

Kanga's shot, the goalkeeper releases the ball and they almost score the first.
3:21 PMa month ago

Palo! Kanga's shot on the edge of the area, but the ball hits the post.
3:09 PMa month ago

Mohamed's shot, but the ball crashes into the defense.
3:01 PMa month ago

The ninety minutes that will define the team that will participate in the Champions League begin.
2:56 PMa month ago

Both teams are already on the field warming up before kickoff.
2:45 PMa month ago

Maccabi has already arrived at the Serbian stadium, ready to play this important duel.
2:40 PMa month ago

Red Star is already at home, ready to look for the pass to this competition.
2:35 PMa month ago

Pesic is who Maccabi will have to be very attentive to, the player will look to generate plays that will bring his team closer on the scoreboard.
2:30 PMa month ago

The home fans are already in the stadium, ready to support their team and get the pass. 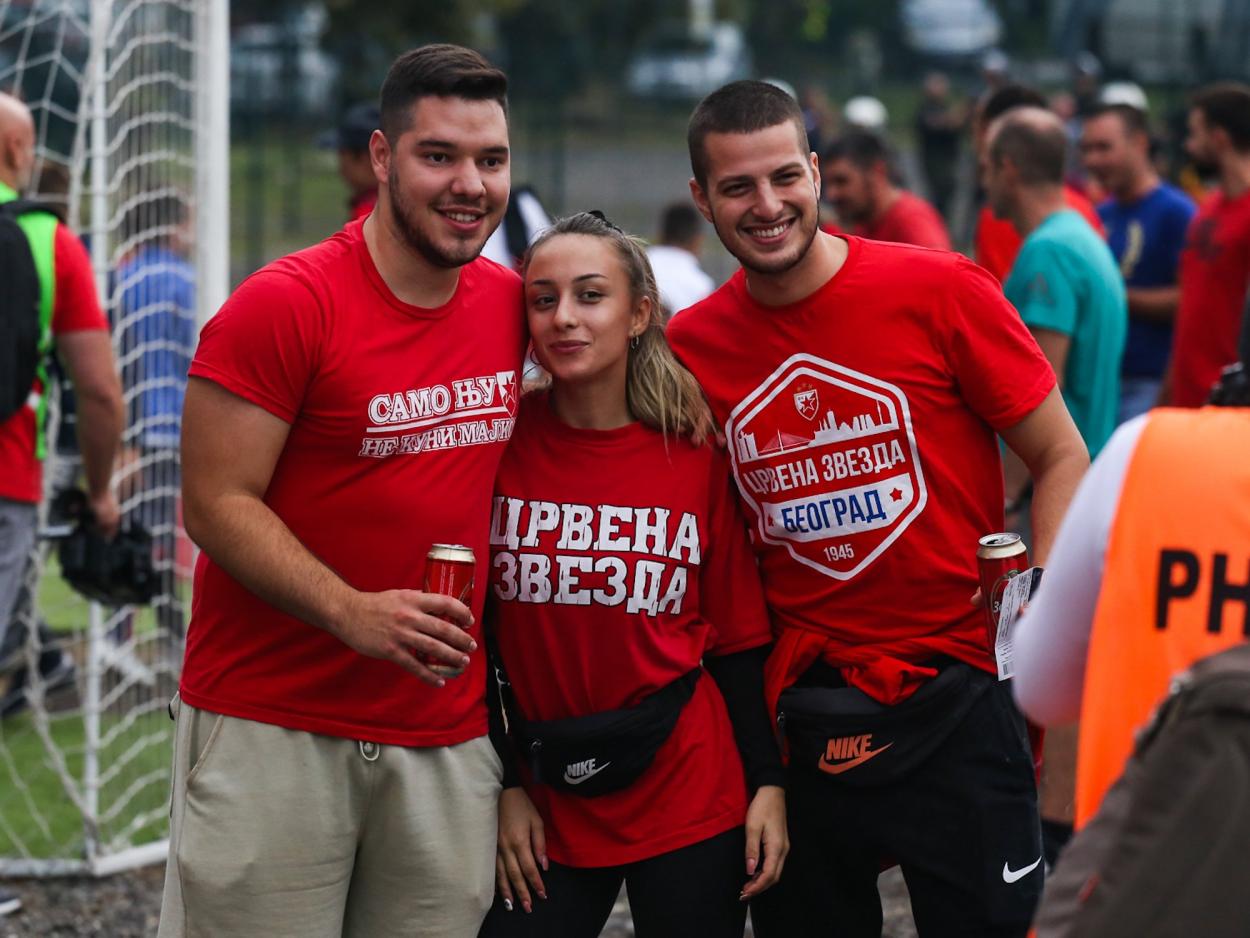 Red Star will have to pay special attention to Pierrot, the striker has two goals in the first game and will look to continue to generate danger for this match.
2:20 PMa month ago

We are less than an hour away from the start of this interesting duel in search of a place in the Champions League, a match that should be quite entertaining.
2:15 PMa month ago

Maccabi is momentarily winning on aggregate, however, Red Star will be looking to come out on top and qualify for this year's Champions League.
2:10 PMa month ago

We are back for the match between Crvena Zvezda and Maccabi. We will shortly share with you the most relevant information of both matches as well as the confirmed line-ups.
2:05 PMa month ago

In a few moments we'll share with you the Crvena Zvezda vs Maccabi live starting lineups, as well as the latest information from the Rajko Mitić Stadium. Don't miss any details of the match with VAVEL's up-to-the-minute live online coverage.
2:00 PMa month ago

Where and how to watch Crvena Zvezda vs Maccabi live online

The match will be broadcast on TUDN.

Crvena Zvezda vs Maccabi can be tuned in from the live streams on TUDN App.

What time is the Red Star vs Maccabi Champions League Knockout Round match?

This is the kickoff time for the Crvena Zvezda vs Maccabi match on August 22, 2022 in several countries:

Barak Becher spoke at a pre-match conference: "I don't see any reason why Piero won't play tomorrow. We believe we can and we come with confidence. We decided to run with the team that has proven itself. It will be history if we advance to the group stage."

"I don't see any reason why he won't play and the same goes for the other players. The feeling from the game is good, it's fun to be in this position and after our good first game, we want to complete the task. We believe we can do that and come in with confidence."

"It's not stressful. The players are quite experienced and know their way around, but clearly we have talked and will continue to talk because we are expecting a game in a stadium with an unusual crowd. We will have to know how to deal with that and I have no doubt that we will. Unlike the match against Olympiakos, here there will be a full stadium, with twice as many fans and a warm atmosphere. We are preparing for this in a different way."

"Of course, in a home game you take risks and I am also happy that we were able to win and turn around a very difficult match, and tomorrow we will also come to play our game, to control, to defend when necessary. I think it will be a balanced match. We are also working on penalties in case there are any, we must always be prepared".

How is Maccabi coming?

Maccabi did not play any match between the first and the second leg of this series, so they will be looking to come out victorious and qualify.
1:40 PMa month ago

How does Crvena Zvezda arrive?

Crvena Zvezda's last SuperLiga match was suspended, and in the first leg against Maccabi they ended up losing with a one-goal difference. 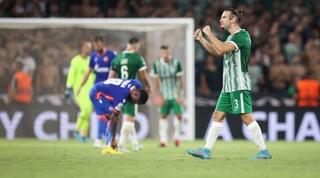 The match will be played at the Rajko Mitić Stadium.

The match Crvena Zvezda vs Maccabi will be played at the Rajko Mitić Stadium located in Beograd, Serbia. The stadium has a capacity of 36,599 people.
1:30 PMa month ago