The match is over, Sampdoria and Lazio draw in this fourth matchday.
1:26 PM5 months ago

Goal, goal, goal for Sampdoria! Gabbiadini appears and ends up sending the ball into the goal and breaks a drought of the team without a goal for a long time.
1:20 PM5 months ago

Good save by Audero, preventing Cataldi's shot from entering the goal.
1:12 PM5 months ago

Triple substitution for Lazio. Alberto and Cataldi are replaced by Basic and Marco Antonio.
1:00 PM5 months ago

Milinkovic's shot, but the ball hits the crossbar.
12:49 PM5 months ago

Sampdoria pass the ball in search of generating, but Lazio are well stopped.
12:39 PM5 months ago

The action resumes between Lazio and Sampdoria.
12:22 PM5 months ago

It's over! Lazio momentarily beats Sampdoria by the minimum.
12:22 PM5 months ago

Sampdoria look to generate, but can't reach the goal
12:01 PM5 months ago

Nothing! The whistler determines that there is nothing.
12:01 PM5 months ago

VAR! A possible penalty in favor of Sampdoria will be reviewed.
11:53 AM5 months ago

Goal, goal, goal for Lazio! Inmobile arrives in the box and scores to give the visitors the lead.
11:52 AM5 months ago

Close! Léris fails to connect properly and the ball goes into the stands.
11:45 AM5 months ago

Anderson's shot, but Audero's one-handed save prevents the first one from going in.
11:40 AM5 months ago

Anderson's cross, but Inmobile fails to connect with the ball.
11:32 AM5 months ago

The ball is in play and the match between Sampdoria and Lazio is underway.
11:25 AM5 months ago

Both teams are already warming up prior to the start of the match and will be looking for three points from three.
11:22 AM5 months ago

Sampdoria are already at the Luigi Ferraris, looking for three points and get out of the bottom of the table. 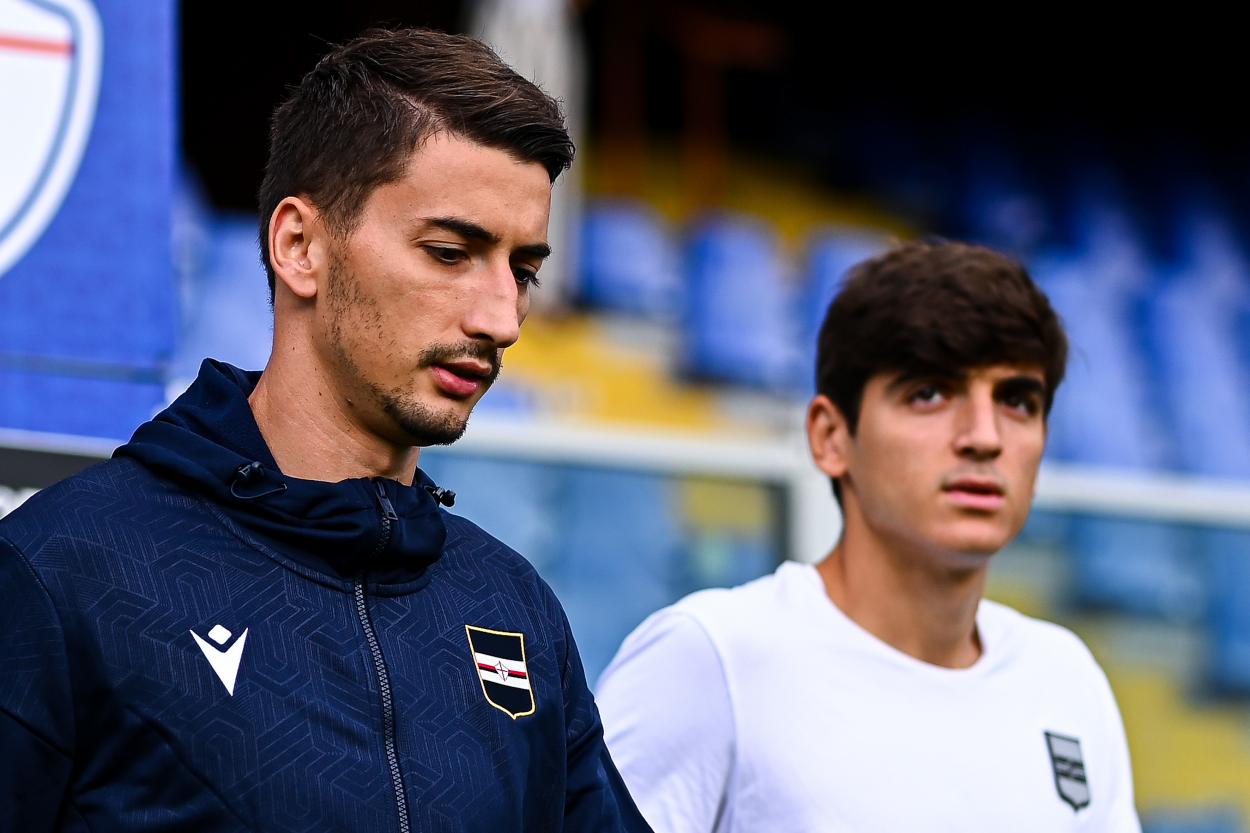 Lazio is in a good moment, they will go all out for a victory that will keep them at the top of the table.
11:12 AM5 months ago

These are the players Giampaolo will have available for substitutions: Contini, Ravaglia, Villar, Leverbe, Djuricic, Caputo, Depaoli, Segovia, Gabbiadini, Ferrari, Yepes, Malagrida.
11:07 AM5 months ago

To raise the level

Sampdoria is in 18th place in the overall standings, the team has only one draw and will be looking to make it three out of three.
11:02 AM5 months ago

Today Lazio announced the definitive departure of Patryk Dziczek, a player who was loaned to Piast Gliwice, a Polish team.
10:57 AM5 months ago

The arrival of Harry Winks to Sampdoria has just been made official, and he will be looking to make history in this team.
10:52 AM5 months ago

Lazio comes into this game with seven points and in fifth place, so they will be going all out to keep climbing up the table.
10:47 AM5 months ago

We're back for a minute-by-minute review of the match between Sampdoria and Lazio. We will shortly share with you the most relevant information, as well as the confirmed lineups.
10:42 AM5 months ago

Stay tuned for the Sampdoria vs Lazio live stream

In a few moments we will share with you the starting lineups for Sampdoria vs Lazio live, as well as the latest information from the Stadio Luigi Ferraris. Keep an eye on the action with VAVEL's minute-by-minute live online coverage of the match.
10:37 AM5 months ago

Where and how to watch Sampdoria vs Lazio live online

Sampdoria vs Lazio can be tuned in from the live streams on Star+ App.

What time is the Sampdoria vs Lazio matchday 4 of the Serie A?

This is the kickoff time for the Sampdoria vs Lazio match on August 31, 2022 in several countries:

Marco Giampaolo spoke after the loss to Salernitana: "Game with holes and incomentable. Played with more than a hint of presumption. A team like ours cannot afford to miss this performance, especially when you use sweat and effort to generate credibility against the two strong teams in the early days of the championship. We have to do a mea culpa. It's a tough scoring defeat and it undermines our credibility. I can't even comment on it at a technical level."

"We finished third on all balls. Not very tidy. In fact, not at all. Spaces conceded, immediately the environment. These are things that add up and lead you to concede four goals. We shot more, it's true. But we had to play it differently. I had faith in what I saw in the first two days. I see it improving and with good self-esteem, but today's run makes it all clear again."

"I should have let 11 different players play. They all played poorly mentally. You can afford to make a mistake with half a player not 11. When you suffer these kind of defeats you put everything into question."

"Neither luck nor chance. It's a match against a strong opponent, very strong. You have to think and understand that when you play at a high level against a strong team, you unconsciously think it's easier. But there is nothing easy and if you come unprepared you lose the games. There is no big difference. That's not how soccer works.

How is Lazio coming along?

Lazio surprised Inter by beating them three goals to one, and in this match they will be looking to continue their good run and make it three out of three. 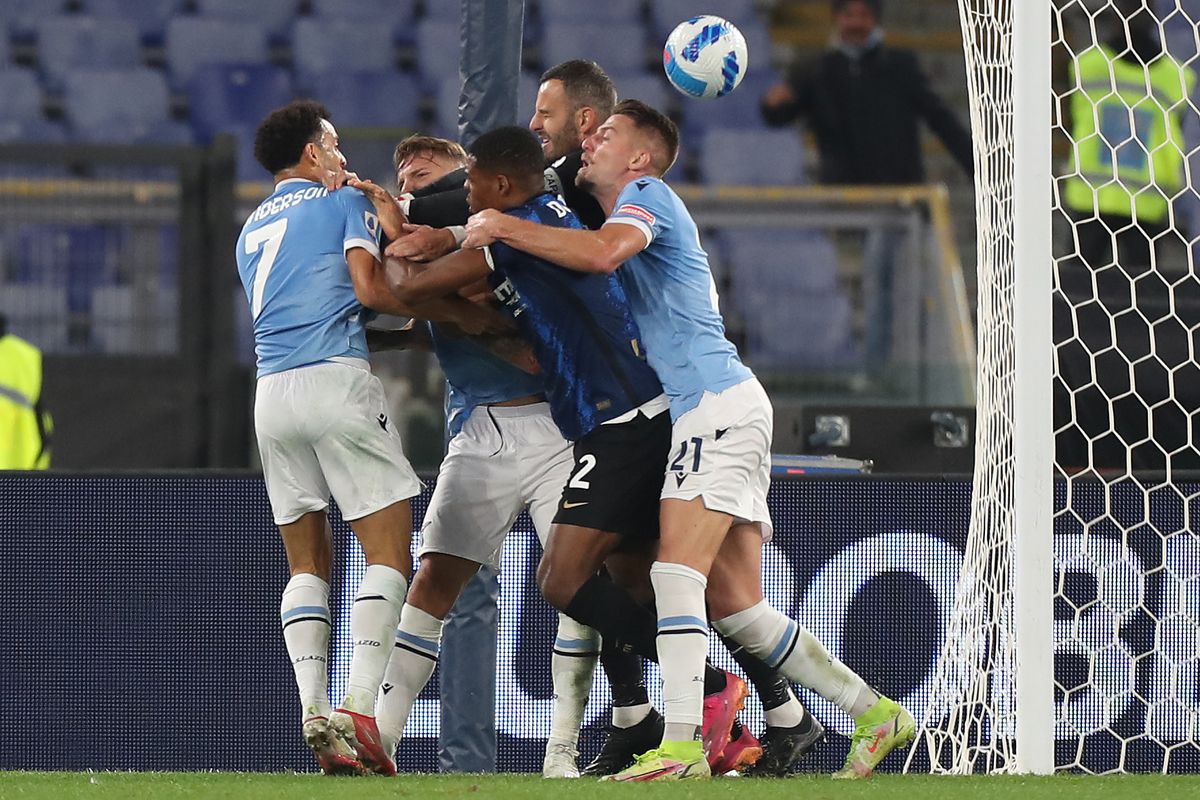 How does Sampdoria arrive?

Sampdoria arrives after a tough defeat against Salernitana losing four goals to zero, so they will look for an important victory in this match. 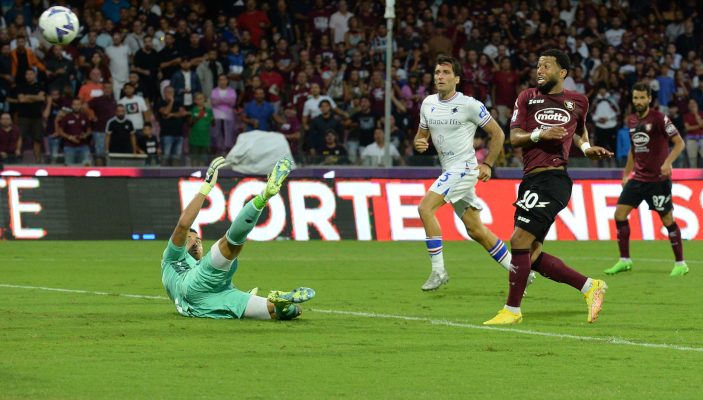 The match Sampdoria vs Lazio will be played at the Luigi Ferraris Stadium located in Sampdoria, Italy. The stadium has capacity for 60 721 people.
10:07 AM5 months ago

Welcome to VAVEL.com’s coverage of the 2022 Serie A match: Sampdoria vs Lazio Live Updates!