Thank you for tuning in.

We hope you enjoyed this LIVE broadcast that left a draw between Aston Villa and Manchester City, stay tuned to VAVEL for much more from the Premier League.
1:24 PM5 months ago

The match ends with the score tied!
Aston Villa fought until the end to get the point against a giant as Manchester City.
1:20 PM5 months ago

Four minutes will be added to the second half.
1:20 PM5 months ago

Foden's shot in the box that goes right into Martinez's area.
1:16 PM5 months ago

Villa lost the ball at the start and Rodri's shot went just wide of the far post.
1:12 PM5 months ago

Bailey finds this ball in the box and scores with impressive power to tie the score.

A low and dangerous cross from Ramsey but the ball is well cut out by the City defense.
1:05 PM5 months ago

Great play by Ramsey on the left side of the box, who sends a delayed pass and Bailey ties the score with a powerful shot that Ederson can't keep out. The stadium explodes!
12:57 PM5 months ago

Haaland's shot in the box goes right into the goalkeeper's hands.
12:57 PM5 months ago

De Bruyne's free kick close to the penalty area is taken over the wall and the ball crashes against the crossbar, but De Bruyne almost scores a second!
12:55 PM5 months ago

The best talents came together

Haaland's finishing is excellent but De Bruyne's pass is awesome.

Haaland's shot in the area is well blocked by goalkeeper Martinez.
12:51 PM5 months ago

De Bruyne's cross into the box from a corner kick finds no taker.
12:45 PM5 months ago

Erilng Haaland found a ball at the far post and scored almost without the goalkeeper to make the first of the afternoon.
12:33 PM5 months ago

The second half begins with still no goals.
12:19 PM5 months ago

The first half ends at Villa Park Stadium.
12:17 PM5 months ago

Two minutes will be added to the first half.
12:10 PM5 months ago

An impressive through ball to Waitkins, who feints a flick and sends a shot across the face of goal that goes just wide of the far post.
12:01 PM5 months ago

A pass filtered through for Haaland but the Norwegian player could not get there to make contact.
11:51 AM5 months ago

Cancelo's shot is deflected by the Villa backline.
11:46 AM5 months ago

Great cross from De Bruyne who looks for Gundogan but can't make contact with a very dangerous ball.
11:42 AM5 months ago

Douglas Luiz made a good defensive cut in the face of City's arrival with several elements.
11:41 AM5 months ago

Space opened up for De Bruyne, who hits it from outside the box but the ball goes just wide.
11:37 AM5 months ago

Walker's shot in the penalty area makes very bad contact and the ball goes wide in City's first chance.
11:32 AM5 months ago

The match between Aston Villa and Manchester City kicks off!
11:27 AM5 months ago

Arbitration for this afternoon

They will be in charge of directing the actions between Aston Villa and Manchester City:

The offensive difference is brutal

The Ciudadanos work their game from ball possession, as throughout the tournament they have an average of 72%, which has allowed them to generate a staggering 19 goals.

This compares to Villa, who have only four goals in five games.

The home team arrived on time

Aston Villa were the first to arrive in front of thousands of fans hoping for a home win for their team.

The home team will start with these players using a 4-3-1-2 lineup:

In the history of matches between these teams there are a total of 26 victories for Manchester City, four draws and only four have been for Aston Villa.
10:57 AM5 months ago

The field was impeccable and the weather was perfect for this match that promises great emotions.

In a few moments we will share with you the match lineups, previous news and the best Aston Villa vs Manchester City minute by minute.
10:47 AM5 months ago

In a few moments we will present you all the data, news and the best minute by minute of this match between two English teams of great quality:
Aston Villa vs Manchester City, don't miss it LIVE on VAVEL.
10:42 AM5 months ago

The match will be broadcasted in USA for Universo, NBC and Telemundo.

You can also find it on the NBC sports app and Universo Now applications.

If you want to follow the match LIVE online, remember that VAVEL USA is your best option to do so.

This is how Pep Guardiola's team came out in their midweek match where they beat Nottingham Forest:

These were the 11 starting players who faced Arsenal in the last Premier League match:

We will never tire of highlighting what Haaland has done in this start of the season for City, not only because he has demonstrated his goalscoring talent that we already knew before his arrival at the English club, but also because of the number of goals he has scored.
The Norwegian striker has a total of nine goals in the five games so far this season, but the most impressive thing is that six of them have been in the last two games. That's right, the last two with Hat-trick for Haaland! 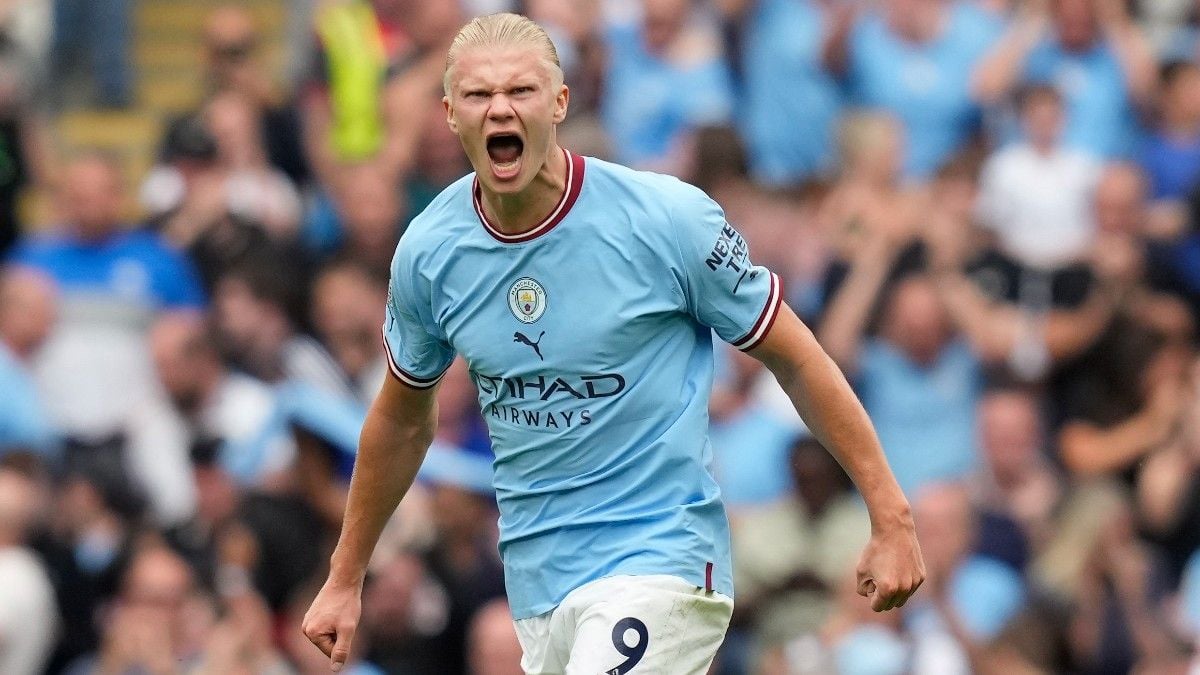 A player who has been quite good for the local offense, has been Oliver Watkins, who despite not having goals this season, has done very well and has already generated a couple of assists.

The 26 year old English striker is a key player in Aston Villa's performance and will surely be determinant for the team's result this afternoon. 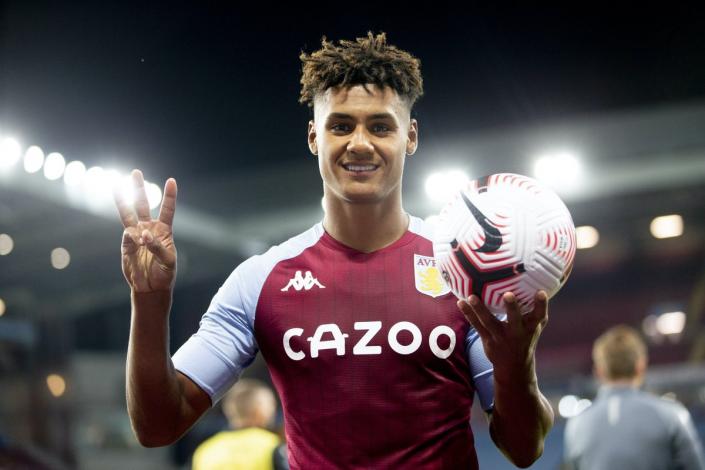 Manchester City on a giant scale

This afternoon's visiting team is fighting for the overall leadership of the competition with Arsenal, but the latter has not dropped points in the five matches played previously.

Pep Guardiola's team cannot be confident, so this afternoon, they will have to go for the win at all costs, so another consecutive victory for the Citizens could be expected.

It is still too early in the tournament to decide on any relegation candidates in the Premier League, but at this moment the three teams that are fighting in that zone are Wolves, Leicester City and this afternoon's home team.
In their last match they suffered a defeat that they will not want to suffer again, when they faced Arsenal, ending with a score of 2-1. Douglas Luiz scored the only goal for Villa.
10:07 AM5 months ago

The match will be played at the Villa Park Stadium

The Aston Villa vs  match will be played at the stadium Villa Park stadium, in Birmingham, UK with a capacity of 42,700 people.

It was inaugurated in 1897 and can be expanded to accommodate a total of 51,000 spectators; it is known for being the home of Aston Villa Football Club, an English Premier League team.

This afternoon, Manchester City arrives with all its might to face Aston Villa, a team that is in the penultimate place in the general table with four defeats and only one victory so far in the tournament.

It could be said that the match will be very close but Villa will have the last word in front of their fans.