Goal, goal, goal for Villarreal! The fourth came, after a reception of the ball in the area, Morales received, cut back and sent the ball into the back of the net.
1:23 PM3 months ago

Goal, goal, goal for Villarreal! Coquelín receives the ball in the center of the box and scores the third.
1:20 PM3 months ago

Chukweze came close to scoring the third, but failed to direct the shot.
1:13 PM3 months ago

The match is being played in midfield, both teams are looking for the opponent's goal.
1:09 PM3 months ago

Lo Celso looks to continue to generate danger, but is unable to define.
12:58 PM3 months ago

Close! A cross that Pino fails to reach to go for the third.
12:52 PM3 months ago

The match is played for the complement.
12:22 PM3 months ago

The first half is over, Villarreal wins it at halftime.
12:18 PM3 months ago

Tete tries to generate danger, but the Villarreal defense keeps the ball away.
12:10 PM3 months ago

Goal, goal, goal for Villarreal! Lo Celso received the ball inside the area and sent a lethal shot that ended up inside the goal.
12:09 PM3 months ago

Goal, goal, goal for Villarreal! Gerard Moreno appears inside the box and after a save on his first shot, he pushes the ball in and opens the scoring.
11:55 AM3 months ago

Moreno's service looking for Jackson, but he fails to control the ball.
11:49 AM3 months ago

Jackson tries to shoot at goal, but Elche's defense clears all the balls.
11:45 AM3 months ago

The game started off quite lively and back and forth, with both teams looking for the opponent's goal.
11:37 AM3 months ago

The action gets underway at Villarreal's home ground.
11:34 AM3 months ago

Both teams are already on the green field warming up before the start of the match.
11:16 AM3 months ago

Villarreal is already in Valencia, looking to continue adding good numbers.
11:11 AM3 months ago

Elche will be looking to make their home advantage count and get three points in this important match.
11:06 AM3 months ago

Francisco spoke about the continuity of Boyé: "The sporting situation that worried me the most was that of Lucas Boyé. The club has made a very important effort to keep him and we have to value it. The player, who is a great professional, has agreed to stay one more year with us and give his all".
11:01 AM3 months ago

Pepe Reyna will not be able to be in goal for this match, the goalkeeper is out after a blow to his hip and will be checked.
10:56 AM3 months ago

The local fans are already beginning to show up at the building in Valencia. They will try to make their presence felt. 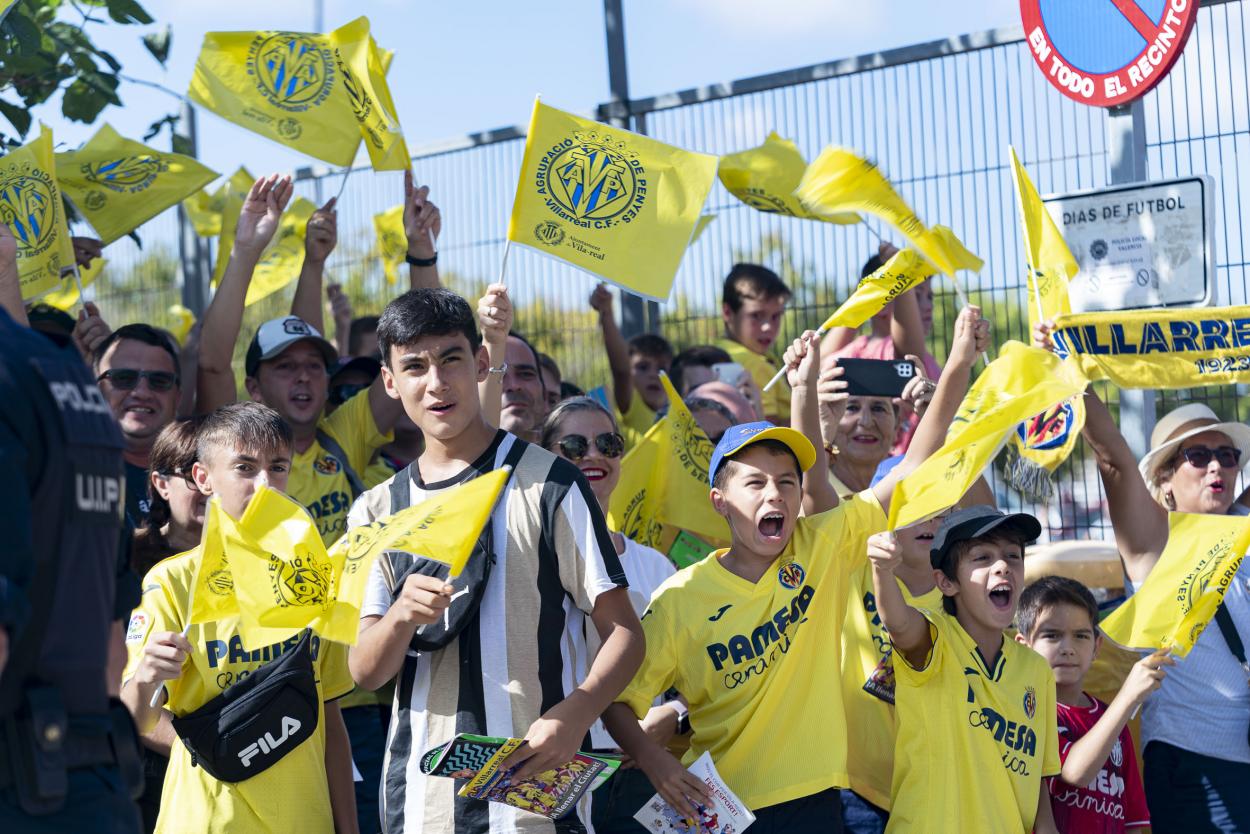 Of the eight matches that have been played between these teams, Villarreal have only lost once, so they will be looking for this not to happen again.
10:46 AM3 months ago

There are three away games where Elche has not managed to get the victory, in addition to failing to score in these duels.
10:41 AM3 months ago

We're back for a minute-by-minute review of the Villarreal-Elche match. We will shortly share with you the most relevant information about both teams, as well as the confirmed lineups.
10:36 AM3 months ago

Stay tuned to follow Villarreal vs Elche live on TV

In a few moments we will share with you the Villarreal vs Elche live starting lineups, as well as the latest information from the Estadio Ciudad de Valencia. Keep an eye on the match with VAVEL's minute-by-minute live online coverage.
10:31 AM3 months ago

Where and how to watch Villarreal vs Elche live online

The match will be broadcasted on Sky Sports.

Real Sociedad vs Atlético Madrid can be tuned in from the live streams of the Blue to Go App.

What time is the Villarreal vs Elche match of LaLiga Matchday 4?

This is the kickoff time for the Villarreal vs Elche match on September 4, 2022 in several countries:

Unai Emery spoke ahead of the start of this important match: "It's been a tremendous week. Playing four games away from home is a unique experience. With the circumstances we have, and to get three wins and this draw, it's very valuable. We are a good team, we have ambitious objectives and we measure very well how far we can go. How to break barriers. This year, breaking certain barriers, can be in the League and the start is very important. Very happy, regardless of wanting more. We are above the forecast of what we have worked for the start of the league."

"They didn't let us put balls inside, they caused mistakes and, from there, what we got to their goal, not many, but of course, it was to win the match. From the opposing goalkeeper. Good and enough. And the important thing was not to concede. We set out with the objective of winning. They had a good chance with the free kick, but we had five, two of them very clear".

"If the opposing team waits for you and you circulate very fast, maybe you don't pass them. You have to change direction to the opposite side, the intermediate situations were very difficult, you had to get to Samu, Pedraza, look for the back... you had to go from very clear positions and not take risks. We did that and we created the situations to win. I'm happy with what the team did from what we had planned and with what happened. It was hard for us to find the goal, but Soria played a great game".

How is Elche coming along?

Elche played their last match against Real Sociedad, a match that ended in Real Sociedad's favor, so they will go for all or nothing. 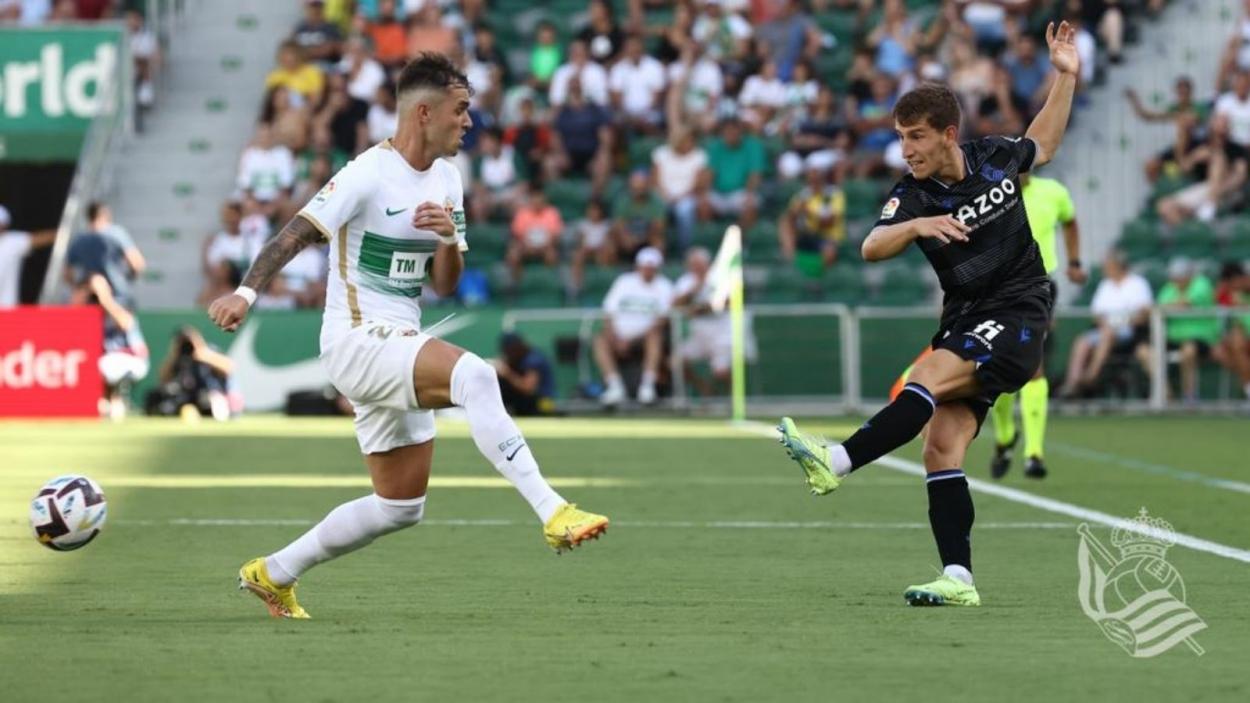 How does Villarreal arrive?

Villarreal arrives to this match after beating Atlético de Madrid two goals to zero, an important victory for the locals looking to continue adding three goals, they also drew against Getafe to zero goals. 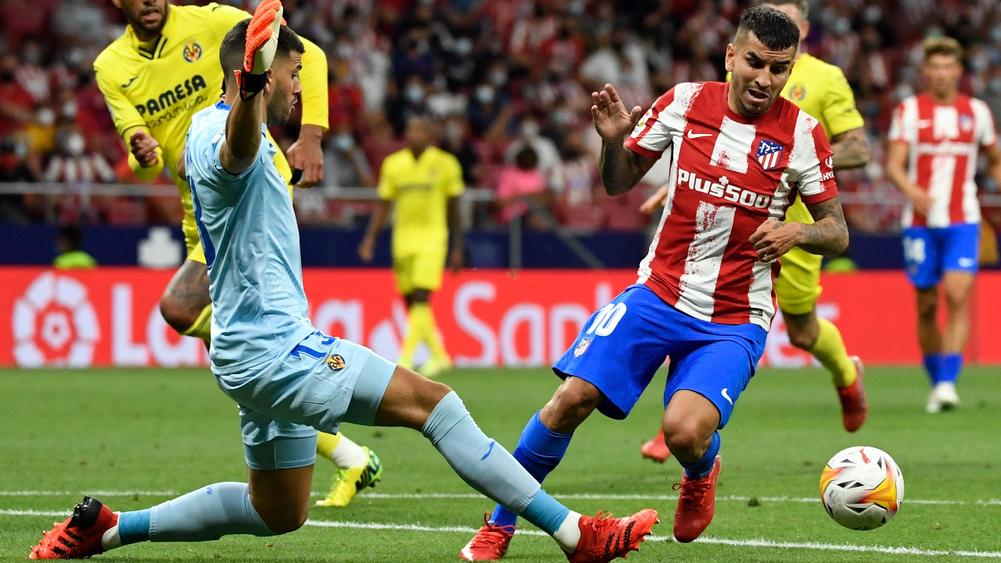 The match will be played at the Ciudad de Valencia Stadium.

The Villarreal vs Elche match will be played at the Estadio Ciudad de Valencia located in Valencia, Spain. The stadium has a capacity for 30,500 people.
10:01 AM3 months ago

Welcome to VAVEL.com’s coverage of the 2022 LaLiga match: Villarreal vs Elche Live Updates!