In the first ever " Decision Day" for MLS Next Pro, history was made again in Columbus, Ohio. Back in 2020, Historic Crew Stadium saw the last soccer championship trophy raised on these hollow grounds, until today. Columbus Crew 2 (better known as the Capybaras) set out to maintain their dominance in MLS Next Pro. Fc Cincinatti 2 traveled up I-71 to take on Columbus in the 3 round of Heck is Plausible and to end the regular season.

The Black & Gold looked to start the game off quick. Within the first 7 seconds of the game Jacen Russell-Rowe almost opened the book first but was just over the crossbar. FCC keeper was shocked by the quick shot as he raised up to send the ball over but just fell short of getting his hand up.

What would be a rivalry game without a little physicality and unsportsmanlike conduct? In the 20th minute, the rivalry heated up. David Garcia stomped on a downed Crew 2 player and was awarded a red card and sent off for his unsportsmanlike conduct. With that red card early in the game, FCC 2 had to play 70+ minutes with 10 men. Finally, in the 28th minute, Jake Morris showing his foot work off near the corner of defensive half, laid a textbook cross in for Noah Fuson, who then gave a little chip shot to bury the ball in the back of the net and put The Cappys up 1-0.

As the time ticked away in the first half, The Black & Gold looked to go on the attack. In the latter part of the 42nd minute, Isaiah Parente found an open Russell-Rowe who sends it into the back of the net for his 18th goal of the season and puts Columbus up 2-0.

At halftime, Coach Courtois made a couple of substitutions. Two of those subs being the energetic Coleman Gannon, and the other being the fast and furious Mo Farsi.

It didn't take long for those two to hook up. In the 58th minute, Gannon and Farsi were playing back and forth after Gannon caused Cincinnati to turn it over in their defensive half of the field until Farsi found Gannon at the top of the box and blasted the ball into the back of the net to go up 4-0 over FCC 2.

Moments later Ryan Telfer connected with Russell-Rowe in the 60th minute for his second of the game, his 19th of the season and put Columbus ahead 5-0. And the scoring would not stop there. After both teams picked up yellow cards between the 65th and 67th minutes, Farsi's hard work on the wings and paid off. As the 72nd minute approached, Russell-Rowe connected with Farsi who shot a laser of a shot into the goal and put the Black & Gold up 6-0.

As the game was winding down Crew 2 would not let up. Parente would notch his second assist of the game, this time linking up with Farsi and shoot a beautiful shot into the goal for his second goal of the game in the 85th minute and put Columbus up 7-0.

Columbus game into today's match only needing to draw to win the Best Record of the season and home field advantage throughout the playoffs, Crew 2 did more than just that, they set records. As Columbus walked away with 3 points, they also walked away with the first Golden Boot award winner in Jacen Russell-Rowe, the best record of the season, most goals scored in a season with 62 goals, and tied for 1st in fewest goals allowed.

Now that the regular season has ended the Crew 2 turn their attention to their next opponent, Rochester Fc. The playoffs begin September 23-25. 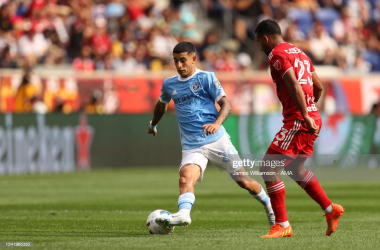 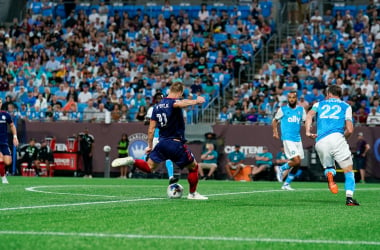 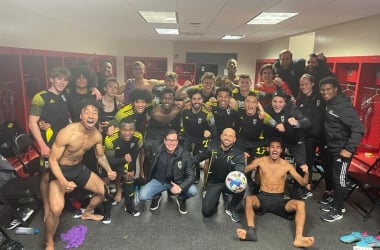