Thank you for joining us to watch Belgium vs Wales for the UEFA Nations League 2022. Follow the sports information on VAVEL.com.
3:41 PM4 months ago

Dries Mertens (Belgium) right footed shot from the right side of the goal is off target.
3:28 PM4 months ago

No penalty kick for Belgium.
3:22 PM4 months ago

The VAR intervenes to confirm a penalty kick whistled by the referee.
3:21 PM4 months ago

In: Gareth Bale and Joe Morrell

Out: Kieffer Moore and Matthew Smith

GOOOOOOOOOOOOL FOR WALES, Kieffer Moore starts the comeback with a header from very close range and scores for his team.
2:55 PM4 months ago

The second half beggins.
2:33 PM4 months ago

GOOOOOOOOOOOOOOL FOR BELGIUM, Michy Batshuayi receives Kevin De Bruyne's pass inside the box, very close to the goal, to leave the goalkeeper with no options and shoot with his right foot to increase the lead.
2:24 PM4 months ago

Eden Hazard (Belgium) right footed shot from the left side of the box misses to the right.
2:18 PM4 months ago

Kevin De Bruyne (Belgium) left footed shot from the edge of the box is too high.
2:02 PM4 months ago

GOOOOOOOOOOOOOOOOOOL FOR BELGIUM, first shot and first goal. Kevin De Bruyne shoots from the edge of the box after a pass from Michy Batshuayi to open the scoring.
1:54 PM4 months ago

Brennan Johnson (Wales) right footed shot from the right side of the box is off target.
1:47 PM4 months ago

The teams take the field to begin the ceremonial acts.
1:43 PM4 months ago

The group of these teams is A4, which is completed by the Netherlands and Poland.
1:41 PM4 months ago

Both teams are in the stadium warming up for the match.
1:41 PM4 months ago

They are arguably at a better level than Wales, so they are likely to be the winner.
1:39 PM4 months ago

The designated referee for this match is Ali Palabiyik.
1:11 PM4 months ago

In 45 minutes the match will start at King baudouin. Both teams have already confirmed their line-ups.

How to watch Belgium vs Wales Live Stream on TV and Online?

In a few moments we will share with you the starting lineups for the Belgium vs. Wales match, as well as the latest information coming out of the King Baudouin. Don't miss a single detail of the match update and commentary from VAVEL's coverage.
10:00 PM4 months ago

How to watch Belgium vs Wales Live Stream on TV and Online?

What time is Belgium vs Wales match for UEFA Nations League?

This is the kickoff time for the Belgium vs Wales match on September 22, 2022 in several countries:

Wales is a team under construction. They reached the World Cup through a playoff after many years without being in the World Cup. The referent, leader and legend of Wales is the former Real Madrid, Gareth Bale. The striker, who currently plays for Los Angeles FC, is the player who puts his country in the spotlight and who could be the surprise of the World Cup.
9:45 PM4 months ago

Belgium has always been characterized by the quality of its players. For a long time it was the best team in the world according to the FIFA Ranking, and although it has now been surpassed by Brazil, Belgium remains the second best team. Now, from that great squad, many names are being mentioned, among them, that of its goalkeeper, Thibaut Courtouis. He is currently one of the best goalkeepers in the world and is the hero of Real Madrid.
9:40 PM4 months ago

Contrary to Belgium, Wales is at the bottom of the table with only one unit. Their last match was against the Netherlands and they lost by a score of 3-2. In the World Cup, they will face the United States, England and Iran in Group B.
9:35 PM4 months ago

Belgium's last match was against Poland and they won by the minimum difference. They are second in the table with seven points behind the Netherlands, which is the leader with 10 points. For the World Cup in November, Belgium will be part of group F with Canada, Croatia and Morocco.
9:30 PM4 months ago

The designated stadium for this match is King Baudouin in Brussels, Belgium. This is usually the home of the Belgian national team and is also a multi-purpose venue. It was inaugurated on August 23, 1930 with a track cycling event and celebrated the country's independence. At that time, it was called Heysel Stadium. In 1995, it was renamed in honor of the monarch who died in 1993. 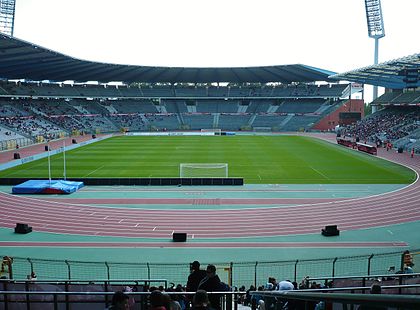 This tournament started in 2018 and is played every two years on FIFA international dates. Its format consists of levels, that is, there are four leagues (A, B, C and D) and each one has four groups except D which has two groups: one of four teams and another of three. These leagues are formed according to the level of their teams, with A being the highest level and D the lowest. The winners of categories B, C and D are promoted to the next edition and those who lose in each category are relegated. In total, there are 55 selections.

My name is Sofia Arevalo and I will be your host for this match. We will bring you the pre-match analysis, score updates and live news here on VAVEL.