NOR1
END17 hours ago

It's all over! Italy beat England by the narrowest of margins.
4:36 PM12 days ago

Rice's powerful shot, but it ends up in Donnarumma's hands.
4:32 PM12 days ago

Changes in Italy. Dimarco and Jorginho are replaced by Frattesi and Emerson.
4:28 PM12 days ago

Change from Italy. Raspadori comes off for Gabbiadini.
4:20 PM12 days ago

Kane's shot, but the ball ends up being denied by Donnarumma.
4:15 PM12 days ago

England changes. Saka and Walker are replaced by Grealish and Shaw.
4:12 PM12 days ago

A cross looking for Raspadori, but Pope intervenes correctly and avoids the goal.
4:06 PM12 days ago

Change from Italy. Gnonto and Pobega replace Scamacca and Barella.
4:02 PM12 days ago

Kane's left-footed shot is deflected by the home defense.
3:49 PM12 days ago

The action resumes for the second half.
3:33 PM12 days ago

The first half is over, the score remains unchanged at the San Siro.
3:29 PM12 days ago

Kane's shot bounces off Bonnucci and Italy is saved.
3:16 PM12 days ago

James crosses, but the Italian defense cuts off the play.
3:08 PM12 days ago

A back-and-forth encounter, with both teams looking for the opponent's goal.
2:59 PM12 days ago

McGuire's shot, but the ball stays in the goalkeeper's hands.
2:57 PM12 days ago

Italy are looking to generate, preventing England from getting close to Donnarumma's area.
2:46 PM12 days ago

The action gets underway at the San Siro.
2:40 PM12 days ago

Both teams are already on the field warming up before the start of the match.
2:30 PM12 days ago

Italy is already present at the San Siro, looking to make it three points and get out of the bottom of the table.
2:25 PM12 days ago

England is at the stadium ready to look for an important victory.
2:20 PM12 days ago

In the duel they played in June of this year, the score ended in a 1-1 draw, so both teams will be looking for a victory.
2:15 PM12 days ago

Harry Kane said before the game: "We're really determined to try and get back to winning ways.
2:10 PM12 days ago

This is what the San Siro looks like ahead of this important match between Italy and England. 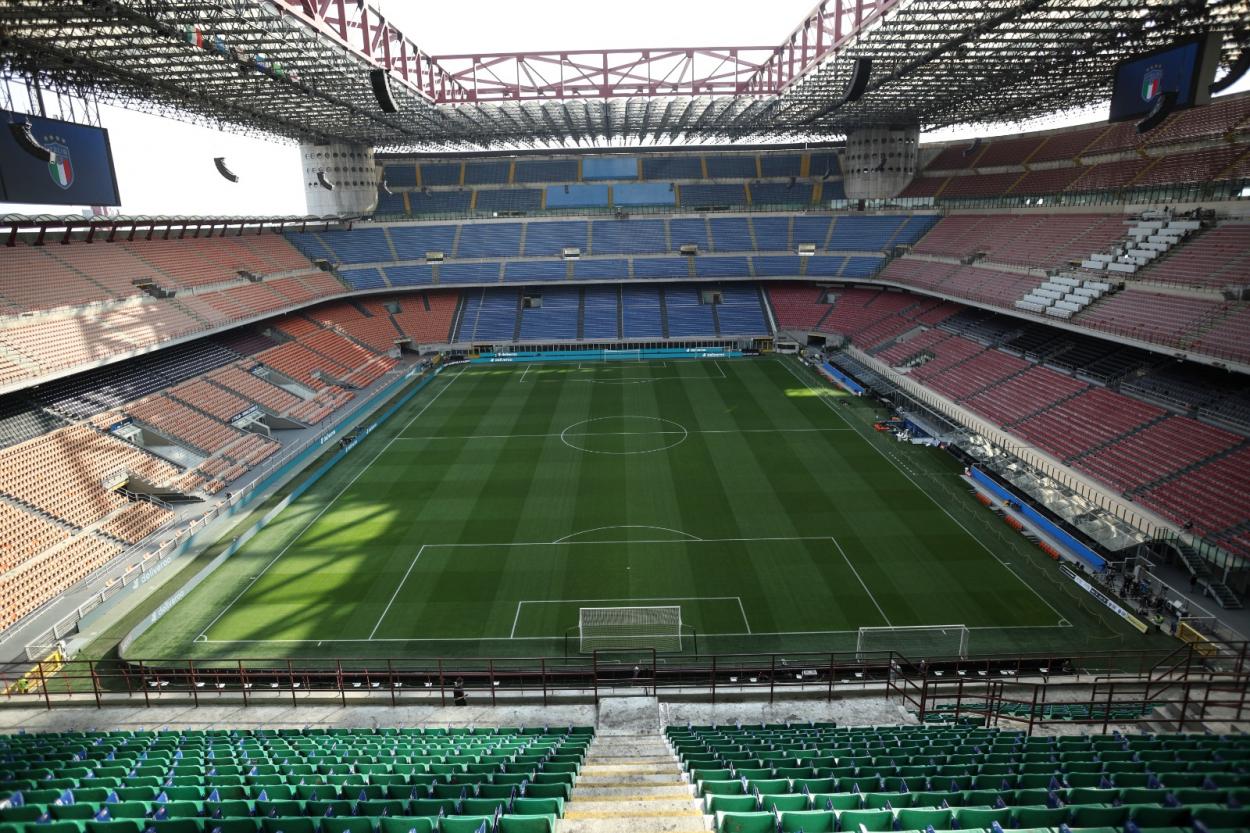 Both Italy and England will be looking for three points from three, the teams are at the bottom of the group with seven and six goals conceded.
2:00 PM12 days ago

Harry Kane is the player Italy will have to pay special attention to, the striker will be looking to score and contribute goals.
1:55 PM12 days ago

We're back for a minute-by-minute update on the match between Italy and Germany. We will shortly share with you the most relevant information about the match, as well as the confirmed line-ups.
1:50 PM12 days ago

Stay tuned for the Italy vs. England live stream

In a few moments we will share with you the starting lineups for Italy vs England live, as well as the latest information from the San Siro Stadium. Stay tuned to VAVEL's live online coverage of the match.
1:45 PM12 days ago

Italy vs England can be tuned in from the live streams of the TUDN App.

What time is Italy vs England UEFA Nations League Matchday 5?

This is the kickoff time for the Italy vs England match on September 23, 2022 in several countries:

Defender Eric Dier spoke ahead of the match: "It was verbal, not physical - but, like, bad stuff. I'm not saying it's just Chelsea fans or Tottenham fans, but soccer fans in general. I never complain about these things and I don't really care. I'm not dramatic about it and I don't think anyone should be. It's really not a big deal to me. If it's done the right way, I love that side of things."

"But there are some things that seem very strange to me. It's not nice. [My family would never go to an away game because of that. I feel too uncomfortable for them to go. This has been like this for years. My mom hasn't gone to any away games. She'd love to, but I'd be worried about it, and that's crazy, isn't it."

"We played Burnley after I went to the stands for the next away game and the Burnley fans were singing a song about my brother and I like that sort of thing, I find it quite funny."

"But there are some things I find very strange. it's not nice My family would never go to an away game nowadays because of that, and it's a shame I feel too uncomfortable for them to go to away games..."

Roberto Mancini spoke ahead of the match: "So, we have to try to play well. Playing simple is always the best thing to do. Italy-England is a great classic of world soccer. Playing against England reminds us of something exciting".

"There has to be team spirit, which has always distinguished our national team. You have to try to play well, playing simple is always best."

"I think soccer is emotion and, unfortunately, sometimes fans boo because they feel betrayed by their idol, it's something that can happen sometimes. Maybe the fans loved Gigio (Donnarumma) so much that they felt betrayed. If they (fans) could stop booing the national team and support it, it would be better."

"If by changing the system we could win, then it would change every game. I don't think it will change much. Our national team has an identity, which is what has led us to do well for a long time."

"Tonali has never trained with us these days. We were trying to bring him back for Budapest, but I don't think it's possible. In the end, we thought about sending him back home."

"Gabbiadini is a player we wanted to call. Even before, but he has always had physical problems. I was looking for a left winger, not that there are many. We called him. He came, trained three days and we'll see if he plays."

How are England coming along?

England were beaten by Hungary in their last game in this tournament by four goals to nil, so they are looking for a win.

How are Italy coming in?

Italy arrives to this match after a resounding defeat against Germany, five goals to two, so they will be looking for a victory against this team. 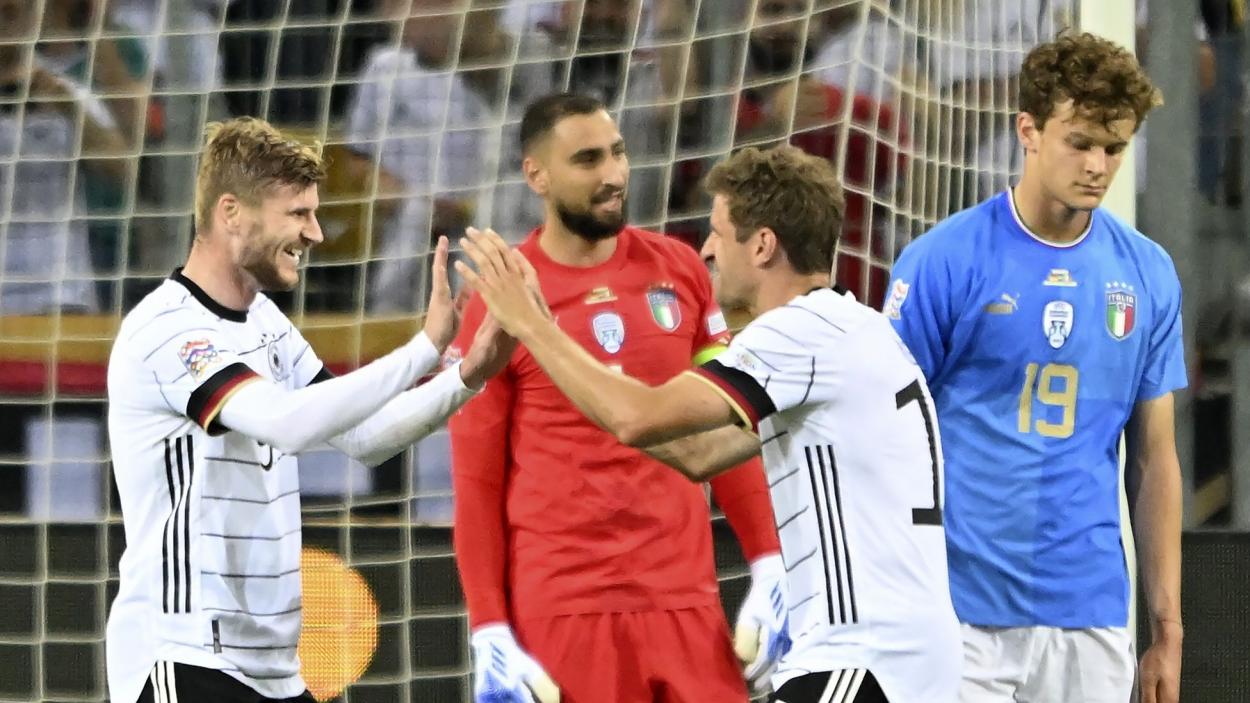 The Italy vs. England match will be played at the San Siro Stadium, located in Milan, Italy. The stadium has a capacity for 52,500 people.
1:10 PM12 days ago

Inter Miami vs Orlando City preview: How to watch, kick-off time, team news, predicted lineups, and ones to watch 5 hours ago