The referee adds three minutes to the match
3:37 PM2 months ago

Tsimikas! Shot inside the box on two occasions, where the defense blocks and the goalkeeper also does the same on the second rebound.
3:30 PM2 months ago

Medical assistants come in to attend to Mantalos.
3:23 PM2 months ago

Northern Ireland: Lewis and Magennis are out; Ferguson and McMenamin are in.

Free kick taken by Greece that goes over the crossbar.
3:14 PM2 months ago

Greece: Pelkas and Ioannidis out; Fountas and Douvikas in.

Northern Ireland: Lavery and Bradley come out; Whyte and Charles come in.

We reached the hour mark. Greece closer to the third goal than Ireland to the equalizer.
3:00 PM2 months ago

Medical assistants come in to treat Flanagan.
2:52 PM2 months ago

The referee adds three minutes to the first half.
2:30 PM2 months ago

Medical assistance enters to attend to Mavropanos.
2:25 PM2 months ago

Again Bakasetas with a mid-range shot that is correctly saved by the Irish goalkeeper.
2:18 PM2 months ago

We reached the half hour mark. Greece is slightly better in possession, but Northern Ireland is still looking for the space that will put them ahead on the scoreboard.
2:17 PM2 months ago

POST! Greece come close to a second goal after Masouras' shot hits the post. On the rebound, Pelkas shoots but the ball goes over the goal.
2:06 PM2 months ago

GOAL BY NORTHERN IRELAND! Scored by Lavery.
2:06 PM2 months ago

Bakasetas' shot is correctly saved by Peacock.
1:58 PM2 months ago

Greece: Thompson is out injured and Saville is in.
1:58 PM2 months ago

Medical assistance enters to attend to Thompson.
1:57 PM2 months ago

A shot by Masouras fails to find the target.
1:52 PM2 months ago

For this match, neither the Greek nor the Northern Ireland national team will be absent.
1:15 PM2 months ago

Greece will be promoted to League A if they avoid defeat.

Kosovo will be promoted to League A if they win.

Northern Ireland will be relegated to League C if they lose.

Cyprus will be relegated to League C if they do not win.

Both the Greek and Northern Ireland national teams are already at the Georgios Kamaras Stadium for the UEFA Nations League matchday 6 fixture.
1:00 PM2 months ago

In the short history of head-to-head meetings between the Greeks and the Irish, the scales have been tipped in favor of the Greek team with five wins and zero draws. Northern Ireland has only won on three occasions. In the most recent meeting between them, in this edition of the Nations League, Greece won by a score of 0-1.
12:57 PM2 months ago

The venue for this match between Greece and Northern Ireland will be the Georgios Kamaras Stadium. This is a soccer stadium located in the city of Athens, capital of Greece. It was inaugurated in November 2010 and its capacity is small compared to other stadiums in Europe as it can only hold 14,200 spectators. 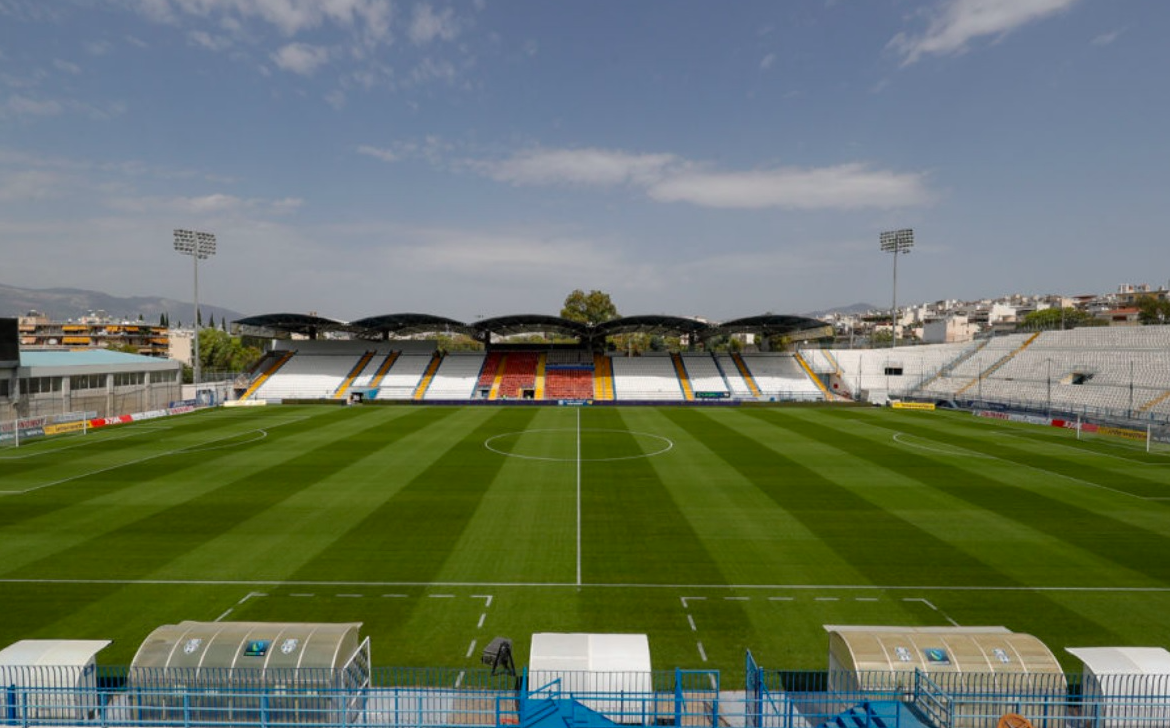 All set! We are just under an hour away from the kick-off of the UEFA Nations League matchday 6 between Greece and Northern Ireland. Even with a loss, Greece remains group leader, but the Irish will want to finish the tournament in the best way possible. Can either of these two teams come out on top? Follow our coverage on VAVEL USA.
10:12 PM2 months ago

Do not miss a detail of the match Greece - Northern Ireland with the live updates and commentaries of VAVEL. Follow along with us all the details, commentaries, analysis and lineups for this match.
10:07 PM2 months ago

What time is Greece vs Northern Ireland match for UEFA Nations League?

This is the kickoff time for the Greece vs Northern Island match on september 27th, 2022 in several countries:

Milot Rashica| Ireland's star striker. Rashica plays as a center forward and has been a key player for his national team and has proven to be a factor in the offensive line. 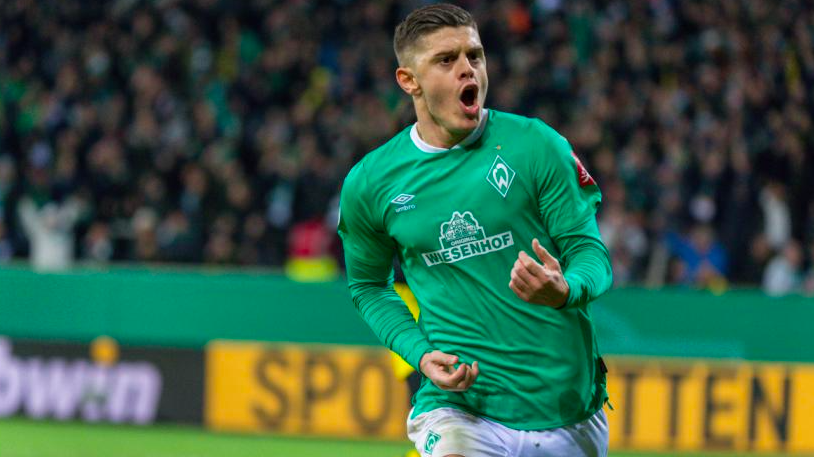 Anastasios Bakasetas | In Greece, the presence of this 29-year-old player who plays for Trabzonspor of Turkey stands out. Bakasetas is the top scorer of the Greek team in the current edition of the UEFA Nations League with three goals so far. 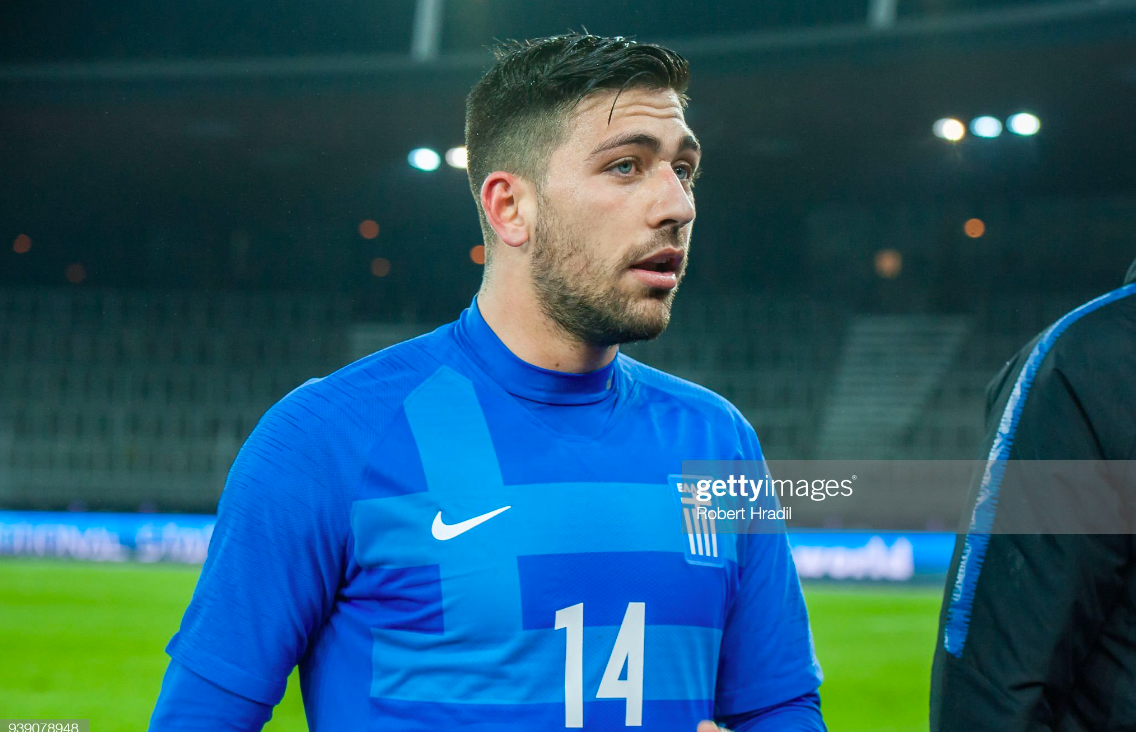 On the other hand, the Northern Ireland team led by Ian Baraclough, has had a rather irregular participation in this UEFA Nations League and remains in the penultimate place in its group with five points, the same as Cyprus and only one point behind Kosovo. The Irish have only one win, two draws and two defeats. The goal difference is favorable when compared to that of the Cypriot team; this could be key to the outcome of this group. In their most recent match, the Northern Irish managed to come from behind against Kosovo in the last minutes of the match to get their first win of the tournament. The Northern Ireland team came from behind thanks to a goal by Whyte in the 82nd minute and, in stoppage time, Magennis scored the final 2-1.
9:32 PM2 months ago

The Greek national team, led by Gustavo Poyet, nobody moves them from the first place even if they lose this match. The Greeks are in the first position of this group J of the C League. After having played 5 matches in which they accumulated 12 points and won 4 times, the Greek team was promoted to League B for the next edition of the Nations League. Despite the fact that they did not qualify for the World Cup in Qatar, the performance of the Greek team was very good with 7 goals scored and only one goal conceded, which was precisely in the last match. Greece had been superior to all their group rivals, with the exception of Cyprus, who gave them a surprise on matchday 5 after defeating them and ending their winning streak thanks to a solitary goal by Tzionis in the 18th minute. Greece found the equalizer, however, the VAR annulled it and that is how the Greeks lost their undefeated record.
9:27 PM2 months ago

The soccer recess of local leagues around the world continues, but the countdown to the Qatar 2022 World Cup has begun, and many teams around the world are having preparation matches in their confederations, as is the case of UEFA. This afternoon, the last day of the UEFA Nations League will be played and Greece and Northern Ireland, who share Group J in this competition, will face each other in a very attractive match.
9:22 PM2 months ago

The match will be played at the Georgios Kamaras Stadium

The Greece vs. Northern Ireland match will be played at the Georgios Kamaras Stadium, in Athens, Greece. Kickoff is scheduled for 2:45 pm (ET).
9:17 PM2 months ago