It's over! Spain wins by the slimmest of margins against Portugal.
3:38 PM2 months ago

Goalkeeper! Cristiano Ronaldo's shot on goal, but Simon ends up preventing the equalizer.
3:33 PM2 months ago

Goal, goal, goal for Spain! A cross from Williams, Morata appears and takes the lead with minutes to go.
3:28 PM2 months ago

Williams' delayed ball and Mendes appears to cut off the path of the pass.
3:23 PM2 months ago

Gayá's cross, but no one appears in the area and the chance is lost.
3:18 PM2 months ago

Change of both teams. For Spain, Williams is replaced by Ferran. Portugal brings on Silva for Mário
3:13 PM2 months ago

Carvajal was in with danger, but the home defense put the ball away.
3:03 PM2 months ago

Changes in Spain. Pino, Gavi and Pedri are replaced by Sarabia, Koke and Soler.
2:53 PM2 months ago

Portugal insists, but Simon plays the hero and keeps the ball away.
2:48 PM2 months ago

Change from Spain. Guillamón comes off for Sergio Busquets.
2:43 PM2 months ago

Action resumes at the Braga stadium.
2:38 PM2 months ago

At the end of the first half, Portugal and Spain play to a goalless draw.
2:33 PM2 months ago

Cristiano's service, but the defense ends up deflecting the ball.
2:28 PM2 months ago

Fernandes' powerful shot, but the ball ends up going just wide of the post.
2:23 PM2 months ago

Jota's shot, but Simon ends up deflecting the ball.
2:18 PM2 months ago

Morata fought for the ball in the Portuguese area, but Danilo ended up taking it out.
2:13 PM2 months ago

Both Cristiano and Morata seek to generate danger in rival areas.
2:08 PM2 months ago

The game started off lively, with both teams making some chances.
2:03 PM2 months ago

Both teams are already on the field warming up before the start of the match.
1:43 PM2 months ago

Portugal is already at Braga's stadium and will be looking for a good game, scoring goals and making it three out of three.
1:38 PM2 months ago

Spain has already arrived at the stadium and will go all out to take first place in the group.
1:33 PM2 months ago

Less than half an hour to go before the match that will define the team that qualifies for the next phase is defined, a very intense duel that will be lived.
1:28 PM2 months ago

This is how Spain's dressing room looks like before facing Portugal, all the jerseys ready to be used in this match. 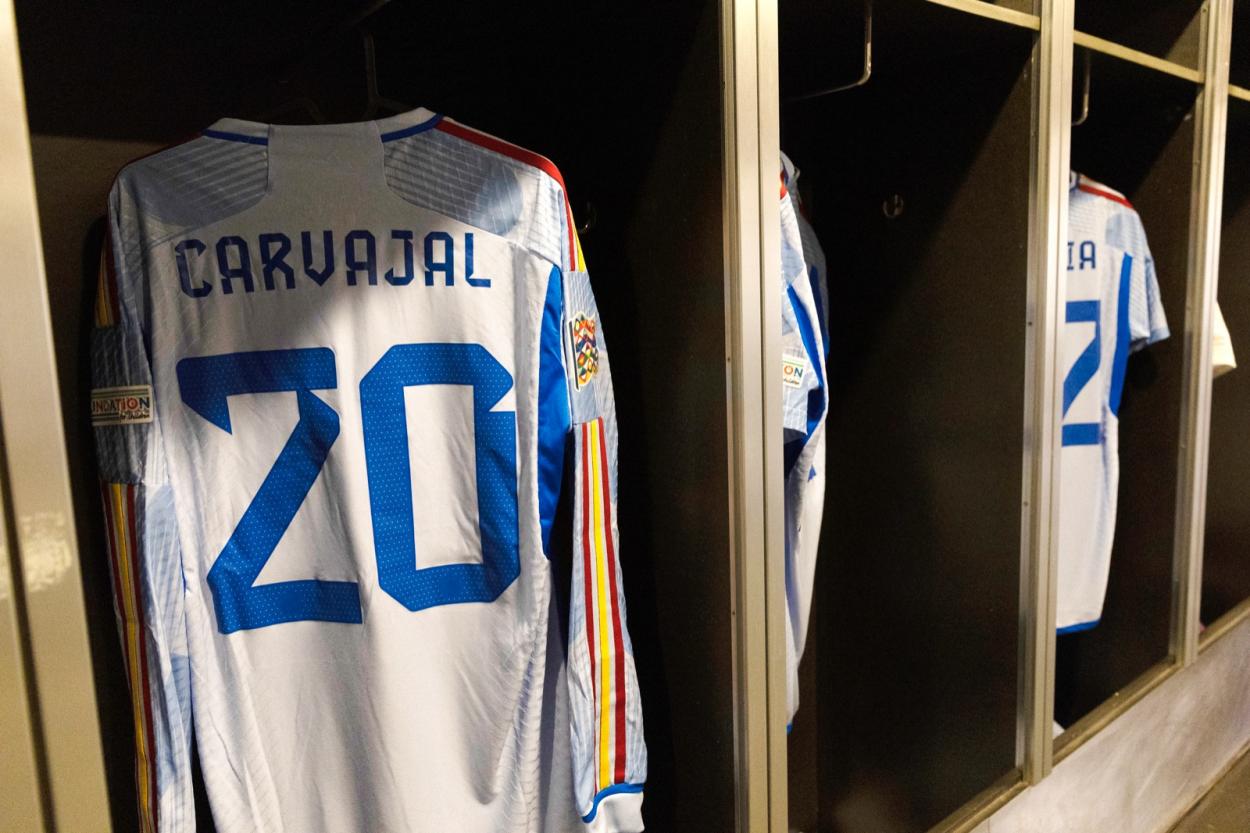 Álvaro Morataa will be in the starting nine for this match, he will be looking to have a good game and score goals to help his team qualify for the Final Four.
1:18 PM2 months ago

Cristiano Ronaldo will start the match against Spain, looking to contribute to his team and keep them at the top.
1:13 PM2 months ago

Both teams are looking to take over first place and thus reach the final four of this competition, with a view to arriving well prepared for the World Cup.
1:08 PM2 months ago

We're back for a minute-by-minute coverage of the match between Portugal and Spain. We will soon share with you the most relevant information about each team, as well as the confirmed lineups.
1:03 PM2 months ago

Stay tuned for the Portugal vs Spain live stream

In a few moments we will share with you the starting lineups for Portugal vs Spain live, as well as the latest information from the Braga Stadium. Stay tuned for up-to-the-minute live coverage of the match on VAVEL.
12:58 PM2 months ago

Portugal vs Spain can be tuned in from the live streams of the Blue to Go App.

What time is the UEFA Nations League Matchday 6 Portugal vs Spain match?

This is the kickoff time for the Portugal vs Spain match on September 26, 2022 in several countries:

"This is soccer, and whoever doesn't admit it? Here there are no friendly matches, all matches are official and against opponents of your level. We won in Switzerland in June, who hadn't lost at home for I don't know how long? Now it's our turn. The level of demand in national team soccer has changed, take a look at the rest of the results. We had seven players of U21 age who could go to the World Cup, and this is not an excuse, but it is a reflection that I make to show that our idea is to grow. The path has been very positive and we can endorse it by seeing the attitude of the fans wherever we go".

"We had a great opportunity to stay ahead. It's a final and that's how we approached it. It's positive to have reached matchday 6 with a chance to be champions, and tomorrow we won't speculate, we never do."

"We have always defined them as very talented and with an outstanding physique. They have already conquered very important things, and the evolution of national teams is usually measured by what they win. It's a country like Spain that works very well at the youth level. They are a more experienced team than us.

"Argentina and Brazil are always going to be favorites, because of their history and whatever World Cup it is. Just like in Europe, does anyone dare to say that England or France won't be favorites? If you want favorites, look at the FIFA list and those who have scored the most points in the last few months. It doesn't matter what I say.

"This is soccer, we have three recent precedents in which we played three good games even though we didn't win any of them, they were draws, and I think tomorrow's game will follow the same line. We will try to take it to our ground."

"Regardless of who plays as 9 has to do the same. Morata and Borja will have the same order as Asensio. They have to occupy the same spaces, provide support in certain situations.... Each one has a different profile, of course, but it doesn't change the rule or the idea of playing. Different things come out, of course, and that's why we'll decide tomorrow what we can use to make things more difficult for Portugal".

"We are approaching it as if it were the quarterfinals of Qatar. It's 90 minutes and we only need to win, not even a draw will do. We have never speculated and neither tomorrow. It's a final, it's beautiful, you don't usually play many in a race... and we'll be there, I'm sure we'll give our best and that we'll compete."

"I think the answer can be found by taking a walk around the hotels in the cities where we have been lately. There are a lot of young people and you can feel the affection of the people. I can't guarantee anything, I wish I could, but I can say that we're going to go and that we're not going to die of fear".

How is Spain coming along?

Spain lost two goals to one against Switzerland in the fifth matchday, so they will be looking for three points from three in this match. 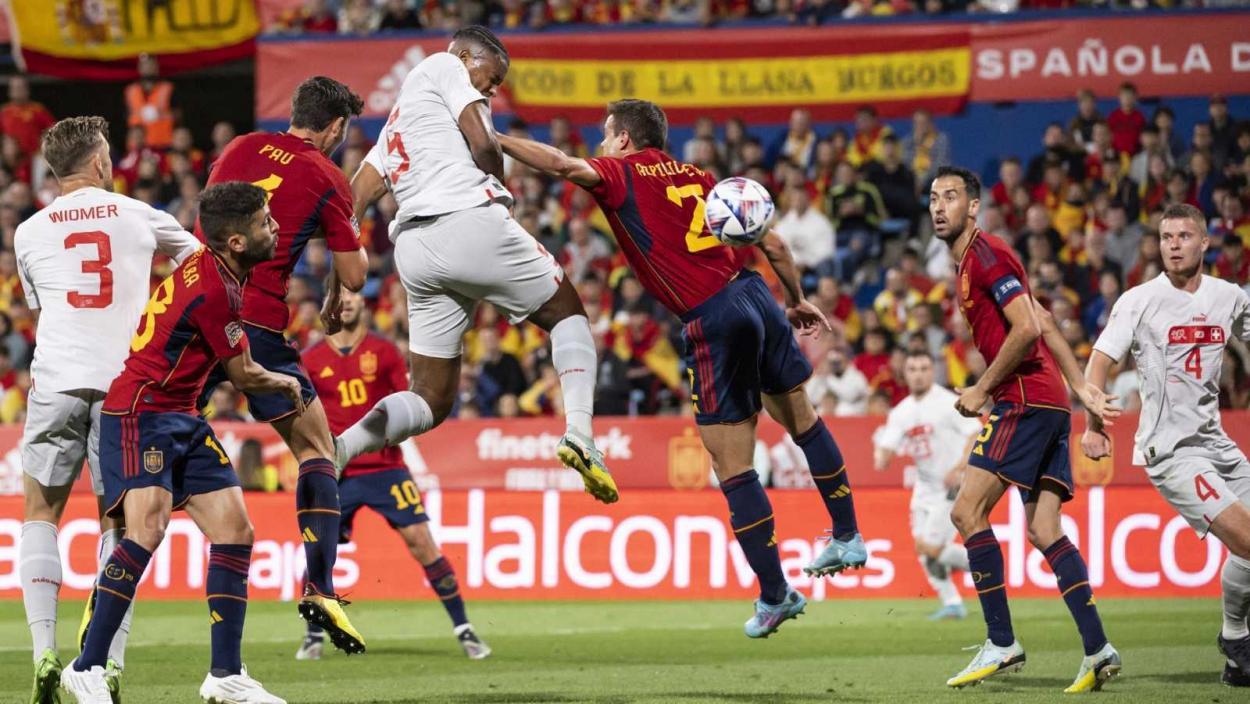 How is Portugal coming? 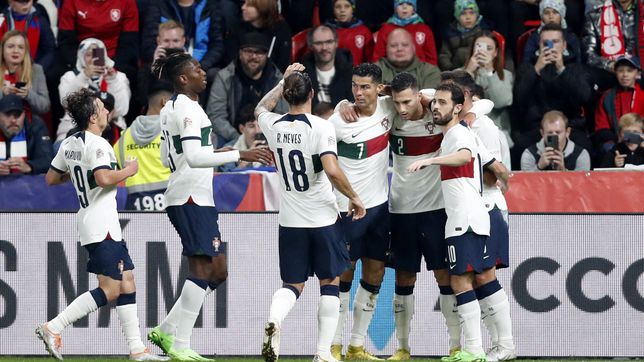 The match will be played at Braga Stadium.

The Portugal vs Spain match will be played at the Braga Stadium, located in Braga, Portugal. The stadium has a capacity of 30,154 people.
12:28 PM2 months ago 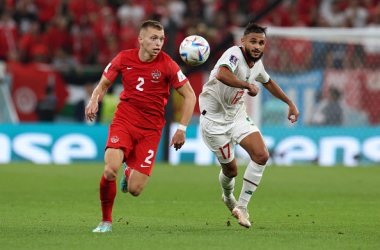 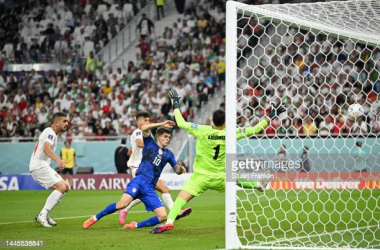