It's over, Colombia beats Mexico in the last preparation match.
11:55 PM2 days ago

Mexico weaved their way into the Colombian box, but the defense ended up pushing the ball away.
11:45 PM2 days ago

Protocol is activated due to homophobic shouting at the meeting.
11:43 PM2 days ago

Sanchez arrived with danger, but Cuadrado swept in and ended up avoiding the Mexican goal.
11:32 PM2 days ago

Goal, goal, goal for Colombia! Barrios' volley from outside the box and Ochoa can't prevent the third.
11:28 PM2 days ago

Vega's cross, but Colombia ends up preventing the ball from going through.
11:25 PM2 days ago

Goal, goal, goal for Colombia! Sinisterra finds the ball in the box and sends in a lethal shot to tie the match.
11:13 PM2 days ago

Changes in Colombia. Arzate, James and Falcao are replaced by Carrascal, Mojica and Santos.
11:09 PM2 days ago

The second half is played between Mexico and Colombia.
10:50 PM2 days ago

At the end of the first half, Mexico beats Colombia two-nil.
10:45 PM2 days ago

Vega arrived with danger, but Ospina keeps the ball.
10:42 PM2 days ago

Colombia is looking for the first one.
10:31 PM2 days ago

Goal, goal, goal for Mexico! Arteaga arrived in the box and sent a shot into the goal that ended up going into the back of the net.
10:24 PM2 days ago

Antuna's diagonal, but the defense ends up clearing the ball and preventing Martin from shooting.
10:21 PM2 days ago

The match is quite hard fought, both teams are pressing to reach the opponent's goal.
10:12 PM2 days ago

Goal, goal, goal for Mexico! Alexis Vega sends in a lethal shot to open the scoring.
10:06 PM2 days ago

Penalty for Mexico! Diaz brings down Antuna inside the box and the penalty is called.
10:03 PM2 days ago

Mexico and Colombia kick off the match.
10:00 PM2 days ago

Both teams are already warming up on the field prior to the start of the match.
9:49 PM2 days ago

Colombia is already present at the stadium and will be looking for a good match and an important victory.
9:48 PM2 days ago

Mexico, with Martino at the helm, is already at the stadium, tonight they will be looking for a victory.
9:39 PM2 days ago

After the elimination, Colombia wasted no time and chose Lorenzo to coach the team and begin preparations for the next World Cup.
9:34 PM2 days ago

Gerardo Martino continues to move the pieces in order to choose the right players to attend the World Cup at the end of the year.
9:29 PM2 days ago

Guillermo Ochoa is the player to pay special attention to, the goalkeeper has six clean sheets in seven games, a number he will be looking to increase.
9:24 PM2 days ago

The last time Mexico played in this facility was in 2019, when it defeated Paraguay by four goals to two.
9:19 PM2 days ago

This is where the game against Colombia will be played, which will welcome thousands of fans from both teams who will be out in full force to support their team. 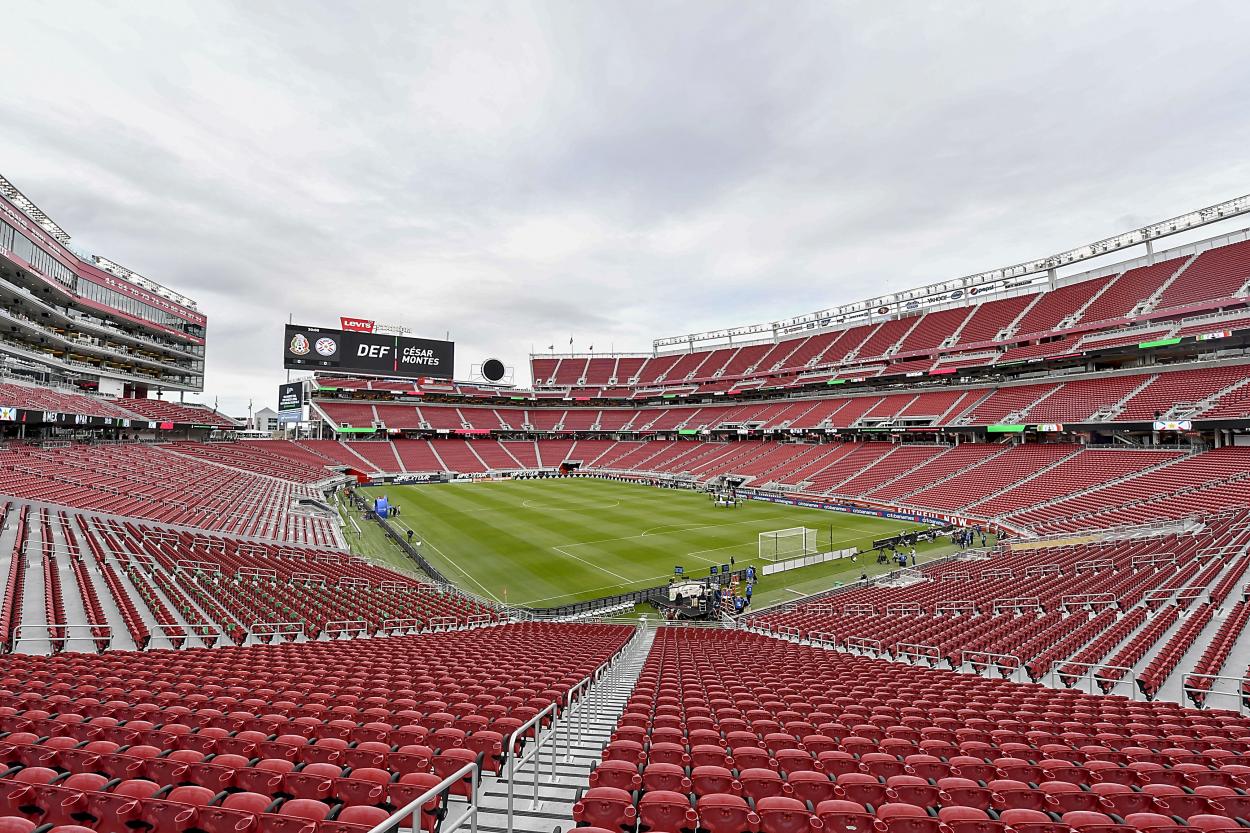 We're back for a minute-by-minute coverage of the Mexico-Colombia match. We will soon share with you the most relevant information about both teams, as well as the confirmed lineups.
9:09 PM2 days ago

There will be changes

Lorenzo stated that there will be changes in the starting eleven for this match, due to the type of game played by Martino's team.
9:04 PM2 days ago

Mexico last won against Colombia in 2010, where Elías Hernández scored a solitary goal to come out on top.
8:59 PM2 days ago

Néstor Lorenzo spoke before the match: "Mexico is a very even team in all its lines, that plays good soccer, that leads from the back. The issue is the difficulty of where we are going to recover and how. They associate well and run down the flanks, these are Mexico's strengths in the World Cup; this is the information we are giving to the players and what worries me".
8:54 PM2 days ago

Stay tuned for live coverage of Mexico vs. Colombia

In a few moments we will share with you the starting lineups for Mexico vs Colombia live, as well as the latest information from Levi's Stadium. Stay tuned to VAVEL's live online minute-by-minute coverage of the match.
8:49 PM2 days ago

Where and how to watch Mexico vs Colombia live online

The match will be broadcasted on TUDN channel.

Mexico vs Colombia can be tuned in from the live streams of TUDN App.

What time is the Mexico vs. Colombia match of the FIFA Friendly Match?

This is the kick-off time for the Mexico vs Colombia match on September 27, 2022 in several countries:

Gerardo Martino spoke before the match against Colombia: "It's good to have this time to stand in the middle because we have to do the exercise to see how the players recover, who is able to repeat, find the best formation, so in that sense it's good. Regarding the five players who, by mutual agreement with their clubs rejoined them to continue their rehabilitation."

"I deeply regret that Colombia with Reynaldo Rueda did not qualify, I would have really liked to see them in the World Cup. What they have are very good individuals, playing in the best leagues in the world and now, starting a totally new process. They are with the desire to show each of the new coaches that they are there to be part of the new period and that is what we will see tomorrow from Colombia's players."

"What we always intend is for people to leave happy. We are not oblivious to the feeling that we can awaken in the fans, much more so when the World Cup is approaching, not exclusively because of what has to do with what happened six years ago, we do it because we want people to somehow be able to recover the illusion and have expectations when we start playing the first game of the World Cup."

"Not everything we put at stake tomorrow has to do with the match with Poland or in trying things for the match against the Poles, there are times when we have to find the solution exclusively for what tomorrow's match represents."

"The fundamental thing has to do with replacement, it was our turn, if you look at the Russia roster there is almost no one left, Jorge Sánchez, (César) Montes, (Johan) Vázquez, ( Gerardo) Arteaga, Carlos Rodríguez, (Sebtasián) Córdova, (Luis) Chávez, (Érick) Sánchez, (Eduardo) Aguirre, 'Piojo' (Alvarado), (Diego) Lainez, (Alexis) Vega, that has to do with us? I wouldn't say it, but you asked me and that is the selection of Mexico, the United States and Canada 2026 because in the pandemic the Olympics took a year and those guys were formed in the senior national team and that is a positive balance that I find.

How does Colombia arrive?

Colombia arrives to this match after defeating Guatemala four goals to one, adding an important victory in this FIFA date.
8:29 PM2 days ago

How is Mexico coming?

Mexico continues its preparation for the Qatar World Cup 2022, in the previous match they defeated Peru by the minimum with a brilliant performance by Hirving Lozano. 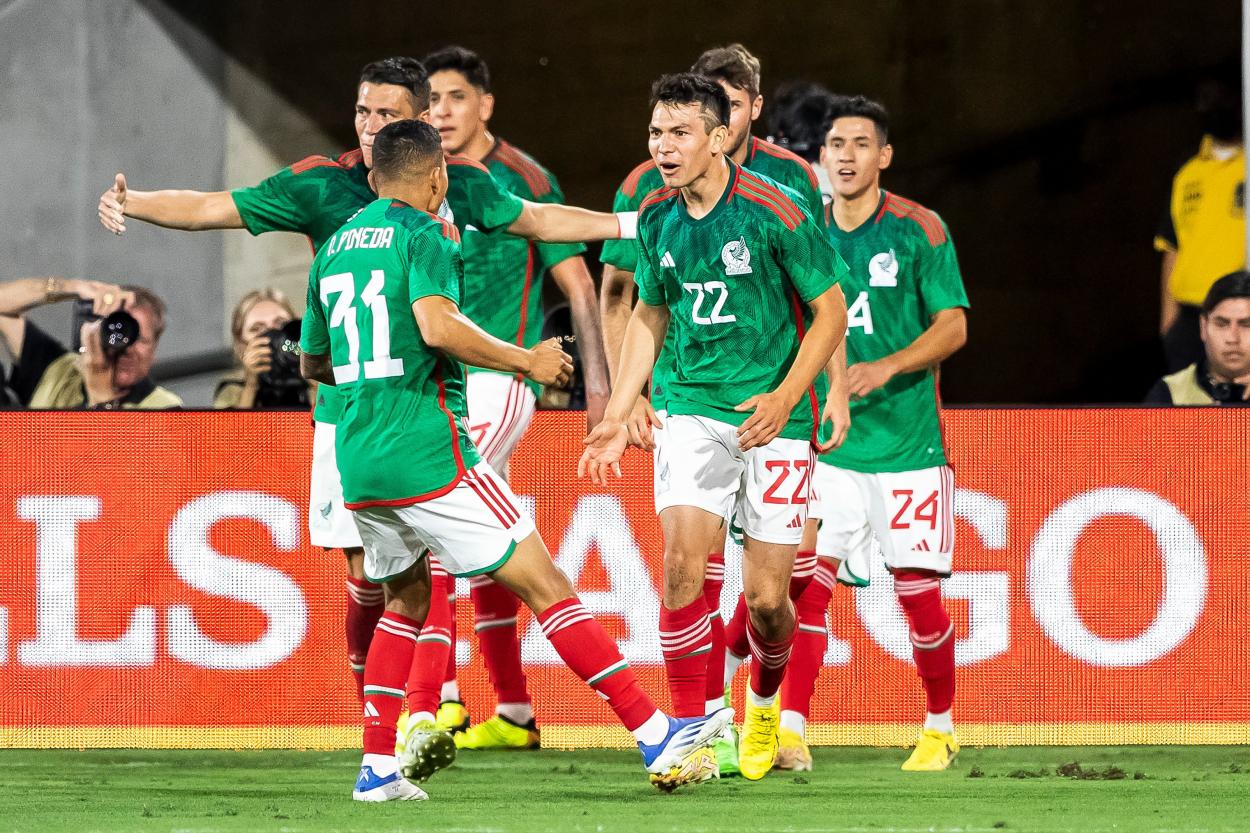 The match will be played at Levi's Stadium.

The Mexico vs Colombia match will be played at Levi's Stadium, located in California, United States. The stadium has a capacity for 25,000 people.
8:19 PM2 days ago