THANKS FOR FOLLOWING THE GAME ON VAVEL

Thank you for following the Hull City vs Luton Town match on VAVEL, continue to visit the VAVEL portal to keep up to date with what's happening in the world of sport.
3:56 PM2 months ago

The duel between Hull City vs Luton Town ends, the visiting team takes 3 points to the bag and continues to move up places in the overall standings.
3:42 PM2 months ago

Last 10 minutes of the match, Hull City looks to come back in the final minutes and Luton Town to take the win.
3:31 PM2 months ago

Carlton Morris is shown the yellow card for a hard foul on an opponent.
3:25 PM2 months ago

Potts makes a great defensive cross to prevent Estupiñán from heading in alone on goal and Luton Town keeps the score 0-0.
3:18 PM2 months ago

Baxter makes a goal-line save to prevent Luton Town's third goal, Hull City stay alive thanks to their keeper
3:10 PM2 months ago

The second half of the match begins, Hull City are looking to get back in the game, while Luton Town are dreaming of increasing the lead.
2:52 PM2 months ago

GOOOOOOOOOL LUTON TOWN! The visitors increase their lead with a goal from Lansbury in the dying moments of the first half to go comfortably into the dressing room.
2:41 PM2 months ago

Half an hour into the game and Luton Town were able to resist the onslaught to keep their lead.
2:25 PM2 months ago

Logman had the chance to equalize, but his low shot from the corner kick went just over the bar and missed the chance.
2:18 PM2 months ago

A dangerous shot by Morris went wide and almost extended the lead.
2:14 PM2 months ago

Hull City try to recover from emotional slump after conceding a goal very early in the game, Luton Town look to extend lead
2:09 PM2 months ago

Tremendous mistake in Hull City's start that ends in an own goal by Jones. Luton Town already wins it unexpectedly.
2:07 PM2 months ago

Very interesting game at the moment, Hull City trying to keep possession without wanting to risk too much.
2:05 PM2 months ago

Hull City and Luton Town kick off.
1:52 PM2 months ago

WE'LL BE STARTING IN A FEW MOMENTS

In a couple of minutes we will start with the broadcast of Hull City vs Luton Town, matchday 14 of the EFL Championship.
1:46 PM2 months ago

This is the lineup Luton Town send to the pitch to take the three points at home and keep climbing the table. 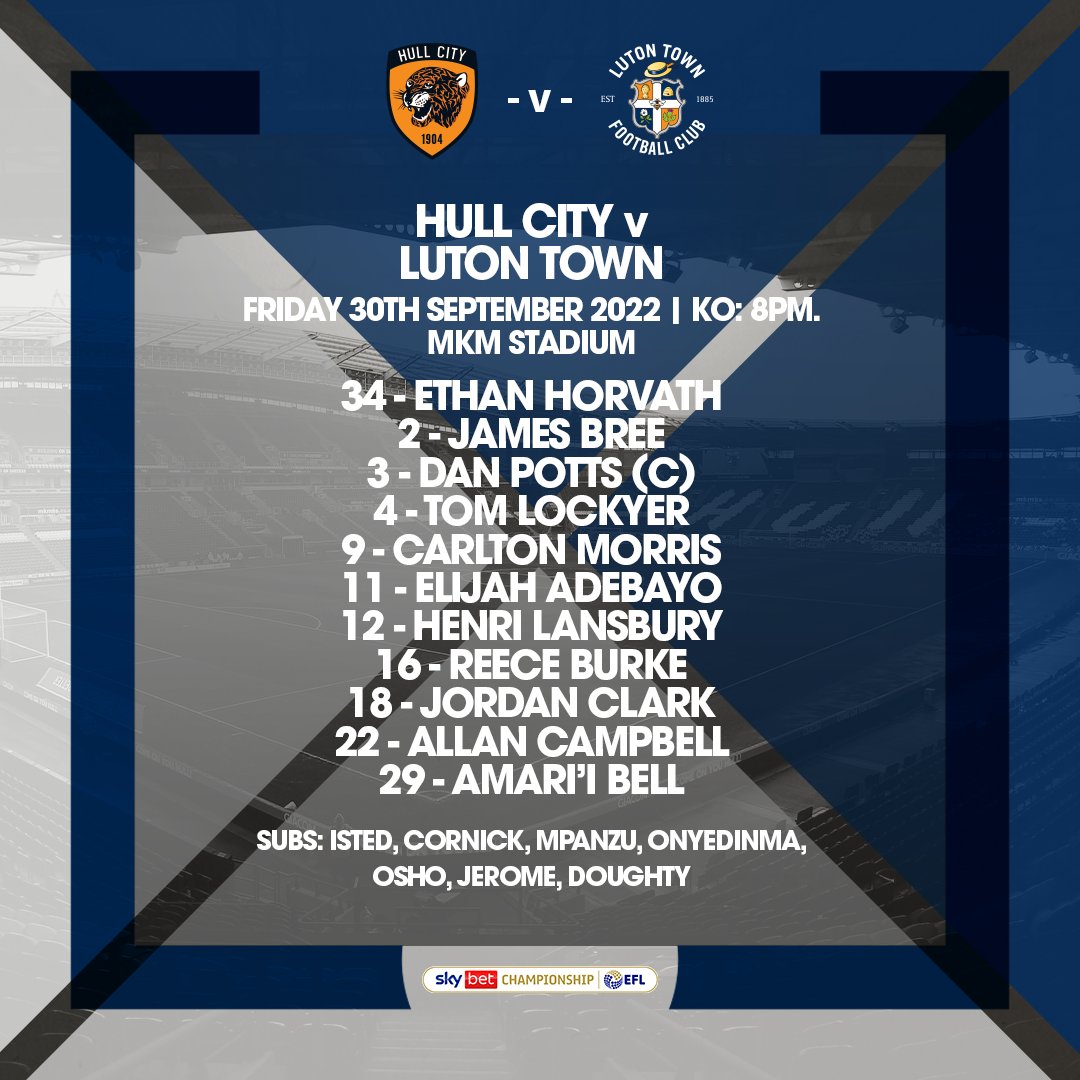 This is the lineup Hull City sends to the field as they look to get the three points at home and in front of their home crowd. 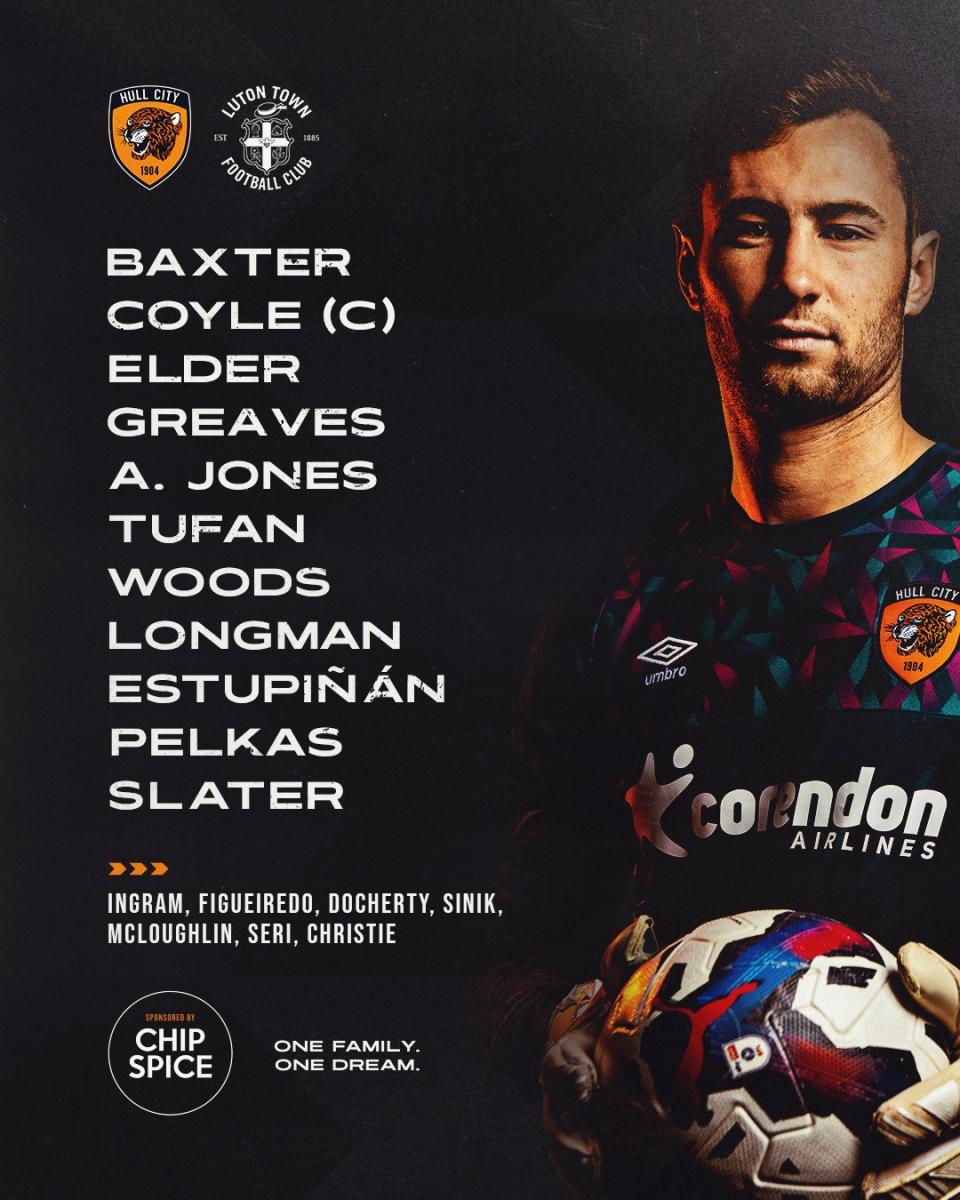 We are an honest group. We know the standards are nowhere near where we want to be. We want to correct that quickly. We are the ones who have to perform on the field week in and week out. We know that as a group we have to be better."
"I think we did the basics very well at the beginning of the season. I think as a team we've moved away from that. If we can get back to that and the things we're good at, we'll hit our stride again."
1:33 PM2 months ago

At the moment, it is QPR's Ilias Chair who remains the assists leader with 5 assists made, Bristol City's Andreas Weimann, Rotherman's Daniel Barlaser, Sunderland's Jack Clarke, Scott Malone and QPR's Stefan Johansen are in second place with 4 assists made.
1:28 PM2 months ago

At the moment, the leader of the scoring table is Oscar Estupiñán of Hull City with 7 goals scored so far, followed in second place by Carlo Morris of Luton Town and Josh Sargent in second place with 6 goals scored, in third place are Chris Willock, Iliam Nduaye, Jay Rodríguez, Nahki Wells, Ross Stewart, Scott Haggan and Tommy Conway with 5 goals scored.
1:23 PM2 months ago

HOW DID LUTON TOWN FARE IN THEIR LAST MATCH?

On the other side of the coin, Luton Town hosted Blackburn Rovers at home last time out, the game was largely dominated by Luton Town but they made their dominance count until the 58th minute when Morri put the first goal on the scoreboard, and ten minutes later, Burke put the final goal to seal another win for Luton Town with a 2-0 scoreline.
1:18 PM2 months ago

HOW DID HULL CITY FARE IN THEIR LAST MATCH?

In their last match, Hull City visited Swansea at the Liberty Stadium for the 13th round of the English silverware. The first half was very even, giving hope to the Hull City team in their objectives of winning or tying the game to avoid leaving empty-handed, however, everything collapsed in the 63rd minute with Manning's goal and later with two more goals from Swansea, to close the game with a successful 3-0 scoreline.
1:13 PM2 months ago

The wait is over in the Championship, Hull City receives Luton Town at the MKM Stadium in what will be the start of the 14th matchday of the season. The Hull City team needs to start taking three points if they do not want to get into relegation trouble and be soon in the bronze division. For their part, Luton Town will be looking to stay in the mid-table zone, and aim for the top positions in the general table, so it will be important to get three points if they want to keep the dream of promotion to the Premier League intact.
1:08 PM2 months ago

Do not miss a detail of the match with the live updates and commentaries of VAVEL. Follow along with us all the details, commentaries, analysis and lineups for this Hull City vs Luton Town match.
1:03 PM2 months ago

What time is Hull City vs Luton Town match for Football League Championship?

This is the start time of the game Sheffield vs Sunderland of 30th September in several countries:

Watch out for this Luton Town player:

The player to watch for this match will be the attacking midfielder, Allan Campbell, the current Attacking Midfielder has been an important piece throughout the preseason for Luton Town and he proved it by giving and opening spaces for the team to generate attack, now, he will look to break the nets and be the difference that balances the scales in favor of his team. 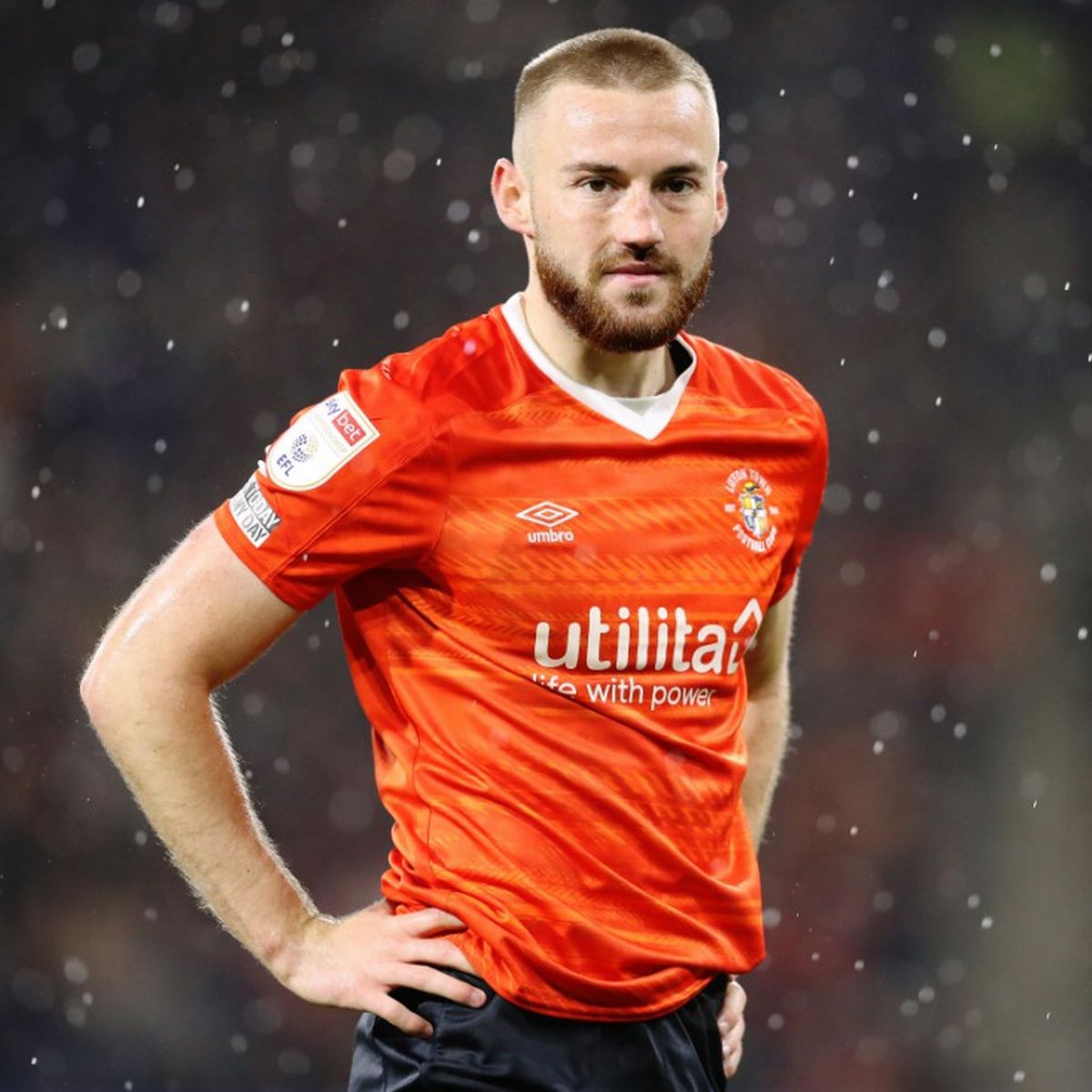 Watch out for this Hull City player:

The player to watch for this match will be the attacking midfielder, Ozan Tufan, the current Attacking Midfielder has been an important piece throughout the season for Hull City and he proved it last match, now, he will look to break the nets and be the difference that balances the scales in favor of his team. 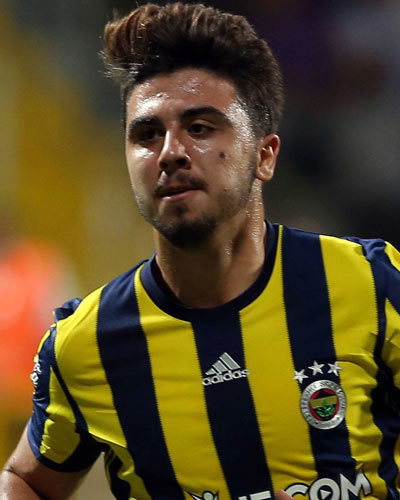 Hull City and Luton Town have met on a total of 39 occasions (13 wins for Hull City, 8 draws, 18 wins for Luton) where the balance is largely in favor of Luton Town. In terms of goals, Hull City has 51 goals scored while Luton Town has only 58 goals scored. Their last meeting dates back to last season on matchday 39 where Luton Town beat Hull City 1-3.
12:33 PM2 months ago

The MKM Stadium is a sports venue used for soccer and rugby in the city of Kingston upon Hull in England, it is the current home of Hull City, a team of the English second division or the EFL Championship and Rugby Hull FC that plays its home matches there.

Currently, it has a capacity to receive a total of 24,404 spectators in its seats, however, this Stadium does not have an evaluation by UEFA so it only receives league matches, rugby, international friendlies and tournament for youth categories.

Luton Town on the other hand has had a good start in this new Premier League season as they have displayed a good collective soccer that has brought them good results, so the Luton fans are excited about achieving transcendence in the campaign. Currently Luton Town is in 11th place overall with 3 wins, 4 draws and 3 defeats, also, they have 11 goals scored and 10 conceded, also, in their last match they managed to beat BlackBurn Rovers, adding three important points to continue climbing the table.
12:23 PM2 months ago

Hull City has had a tough start to the campaign as it has dragged a long streak of defeats and has struggled to take off well collectively in the Championship, simply, in their last match against Swansea City, the team was left with a huge setback as they lost again 3-0 extending the streak of duels without scoring a goal and again conceding several goals in its framework, also, they are one of the most scored teams of the campaign. Currently, Hull City is in 20th place overall with 11 points after 3 wins, 2 draws and 5 defeats, averaging 11 goals scored and 21 conceded.
12:18 PM2 months ago

The Championship is back and all the clubs will be looking to fight for the same goal; promotion to the Premier League. It will be a long journey for all of them where points will be an important factor to be promoted directly or have to fight for promotion in the Playoffs. In this twelfth matchday, Hull City and Luton Town will meet again in what will be the twelfth duel of both clubs in this new season where they seek to continue on the right foot as it will be of great importance if they want this to be their last season in the silver division.
12:13 PM2 months ago

The Hull City vs Luton Town match will be played at MKM Stadium, Kingston upon Hull, England. The kick-off is scheduled at 15:00 pm ET.
12:08 PM2 months ago