Thank you so much for following Celtic and Montherwell at VAVEL. A great afternoon to all and until next time.
4:06 PM2 months ago

With the victory, Celtic reached 21 points and returned to the leadership of the competition. Montherwell continues with 10th and 9th place.
3:56 PM2 months ago

McGregor was missed, as he was the last man, he was expelled. Celtic with 10 on the field.
3:46 PM2 months ago

After the corner kicked in the area, Hatate headed and the ball exploded on the crossbar.
3:41 PM2 months ago

Jota gave a pass to Hatate inside the area and the Japanese did not miss the opportunity.
3:31 PM2 months ago

Penney fouled and received a yellow card.
3:26 PM2 months ago

Welsh was fouled hard and received a yellow card.
3:16 PM2 months ago

van Veen was fouled hard and received a card. According to Monthewell in-game.
3:01 PM2 months ago

After confusion inside the area, the winger Juranović sent it against his own goal and left everything the same in Glasgow.
2:56 PM2 months ago

Lamie was fouled hard and received the first card of the game.
2:51 PM2 months ago

Furuhashi kept the ball inside the area and didn't waste the chance to open the scoring for Celtic in Glasgow.
2:46 PM2 months ago

Monthewell started the match on the offensive field. Celtic defends.
2:41 PM2 months ago 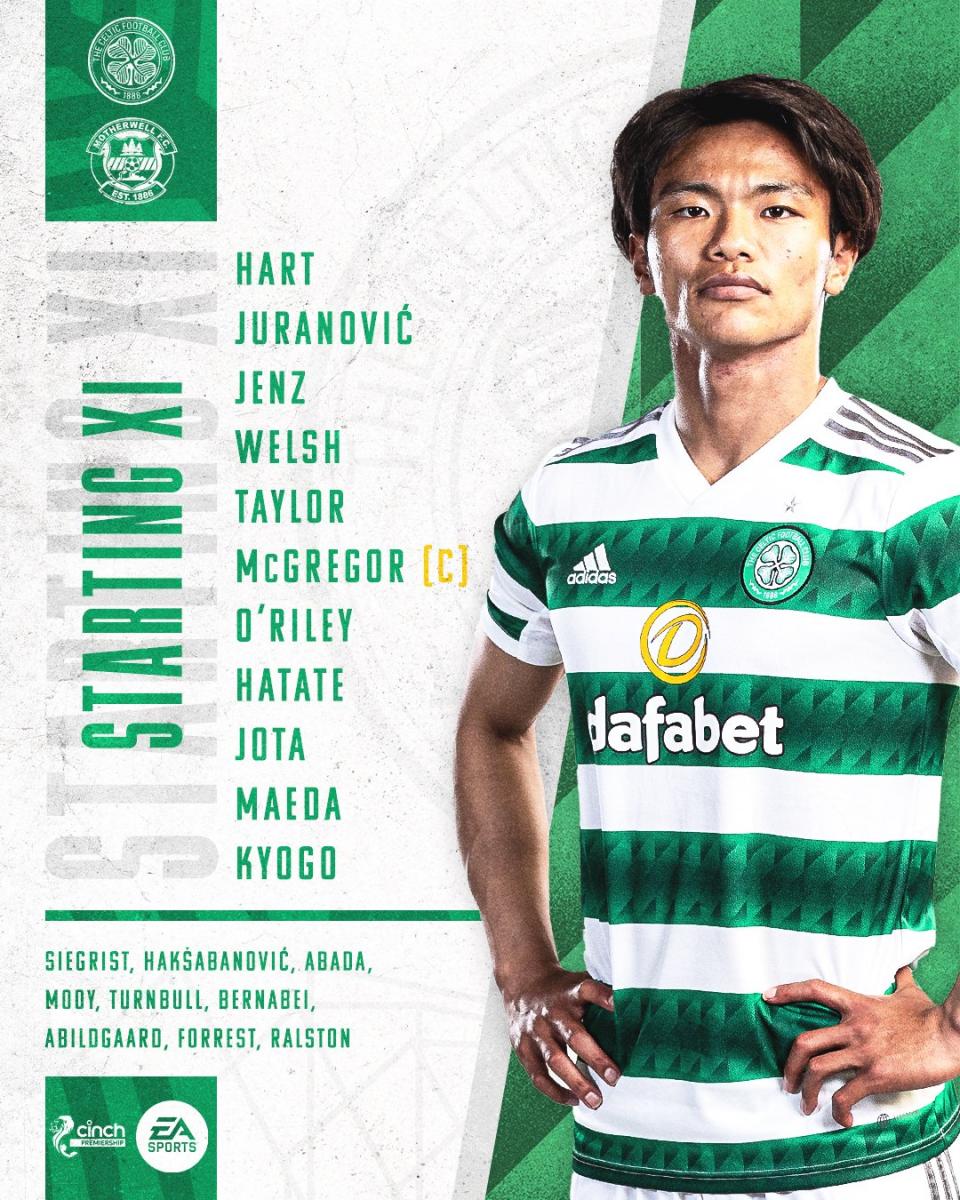 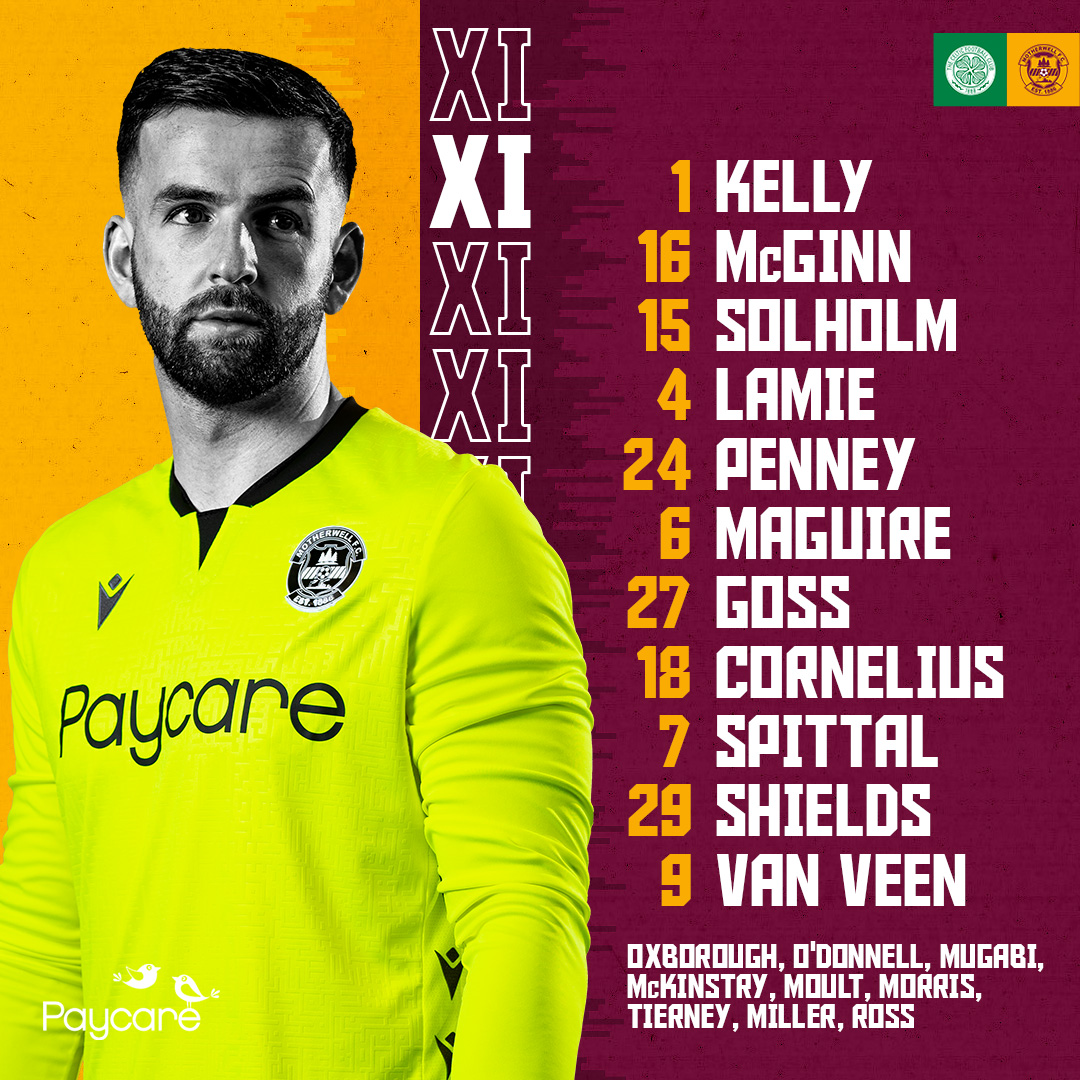 “We spent the same amount of time (in St Mirren) as we would after any other game.''

“We evaluate each game in the same way whether we win or lose and youê tries to learn from every football game we play.''

“Só just because we were winning games doesn't mean we missed the fact that we still have areas to improve.

“The last game was disappointing, not only for the result but also for the performance, and we have analyzed how we would do with any other game and we have given feedback to the players, and we are preparing for the game of tomorrow; now.''

“We are preparing for these 13 games untilé at the break. We've been planning this for a long time. some time and the process for us é just see after each game how people are traveling physically and mentally and making decisions from there.''

“Each decision we make will be about any team we feel we will have; the best performance, so if that means making multiple changes, we will.

“We understand why we didn't perform well on the day against St Mirren and we give feedback to the players and move on because nothing that comes out of a result changes my approach and what we want to achieve as a team .''

'How we progress as a football team is not; according to the results only, because if youê doing so, you end up jumping in the shadows, because the results sometimes mask true progress.''

“Although we have been a very good team, especially over the last 12 months in terms of progress, we have no illusions that we are nowhere near the team we want to be.' '

“Along the way, we still have areas to improve, but this group of players has made huge leaps in their own development in the "last period.''

“Thaté encouraging for us that, regardless of the outcome of a game, they are coming back here and wanting to be better.”

"It was ógreat to be there; and há a genuine emotion and enthusiasm for my own connection and the football club in general."

“Há a great enthusiasm and isá being a great time of year. In a country like Australia, where there are many sports, people's attention can be divided.'' ;

“By the time we're heading there, most of the other great winter sports will already be there. ended, the World Cup is á à door, then attention will be on in football and with us there, it will be a good time.''

“I have a fair understanding that people are following the journey and are very proud of the progress the club is making; doing and feel an attachment because of it”, he concluded.

Do not miss a detail of the match Celtic vs Motherwell live updates and commentaries live here on VAVEL.
2:16 PM2 months ago

“We look at what we could have done better, which we always do regardless of the outcome. Obviously it wasn't our best performance and not at our usual level, but tomorrow; we have the opportunity to get it right.''

“I don't think we ever look too far ahead or too far back, so I wouldn't say our mindset is; going for a longer term.''

''Full focus is now at Motherwell tomorrow; and we'll worry about the other games after that.''

“I expect a different game every time we play a team, to be honest. It was proved a few weeks ago when we lost that there are no easy games, so let's prepare for it like we always do and let's try to impact the game as we do with our style and how we want to play, and if If we do that, we have every chance of performing well," he said.

“I expect a different game every time “Every player wants to play every game if they can,” said O'Riley, “but we have a lot of football coming up, so I don't think anyone has a chance to play. m vá play every minute.''

“Only in terms of superior performance, youê need everyone to participate when youê have so many games in a short amount of time. Naturally, I'd like to play as much as I can, but I know that if you're not playing, é for the benefit of the team.''

“Já we talked about the intensity of the program. Há a game practically every three days, so é aí that squad size comes into play and rotation will definitely be necessary, because the way we play requires intense running, high intensity running, to perform at the highest level that we can as a team, we're going to have to use everybody like we always do.”

How does Celtic arrive?

Celtic are not going through a good phase. The team from the capital of Scotland lost two games in the last three and drew another one. It was defeated by Real Madrid and St. Mirren, as well as a 1-1 draw with Shakhtar in the Champions League.
2:01 PM2 months ago

“Corey had some loan options, but he was interested in Bonnyrigg, already; that they are a team and a club on the rise,” said Stevie Hammell.

“He had a frustrating period with injuries that limited his time with the first team since the summer.''

“However, now that he has returned to training, we want to ensure that he is able to continue playing regular matches with the ultimate goal of joining our first team.”

How does Motherwell arrive?

O Motherwell arrives for the confrontation without a good recent record. The team hasn't won for a while; two games, where they drew 0-0 with Dundee United and lost 3-0 to Hearts at home. The team occupies 8º placement with 10 points.
1:46 PM2 months ago

The match will be played at Celtic Park

The Celtic vs Motherwell match will be played at the Celtic Park with a capacity of 60.411 people.
1:36 PM2 months ago

Welcome to VAVEL.com’s coverage of the Scottish Premiership: Celtic vs Motherwell Live Updates!

My name is Thomas Alencar and I’ll be your host for this game. We will provide you with pre-game analysis, score updates, and news as it happens live here on VAVEL.