The match is over, Atlético de Madrid beats Sevilla.
1:28 PM2 months ago

Griezmann looks for his goal, but Bono gets in the way and prevents him from shooting on goal.
1:23 PM2 months ago

Griezmann's cross is denied by the defense
1:13 PM2 months ago

Griezmann's through ball, but Bono avoids the third.
1:03 PM2 months ago

Cunha fails to hit the ball correctly and misses a clear chance.
12:58 PM2 months ago

Atletico's change. Morata and Ñíguez are replaced by Griezmann and Carrasco.
12:53 PM2 months ago

Goal, goal, goal for Atlético Madrid! Morata is left in front of Bono and ends up scoring the second goal of the visit.
12:48 PM2 months ago

Sevilla started pressing Oblak's goal in search of an equalizer.
12:43 PM2 months ago

Changes in Seville. Nava and Rakitic replace Delaney and Salas.
12:38 PM2 months ago

Action resumes for the second half of the game
12:33 PM2 months ago

The first half is over, Atlético leads by the minimum at halftime.
12:28 PM2 months ago

Lamela sends in a dangerous cross, but the defense deflects the ball.
12:03 PM2 months ago

Cunha's cross and Llorente's lethal header, but the ball goes over the goal.
11:58 AM2 months ago

Good rejection by Bono, avoiding the arrival of Atlético.
11:53 AM2 months ago

Both teams are already on the field, getting ready for the start of the match.
11:33 AM2 months ago

This is what the Sánchez-Pizjuán looks like, ready to host this match of the seventh round of LaLiga. 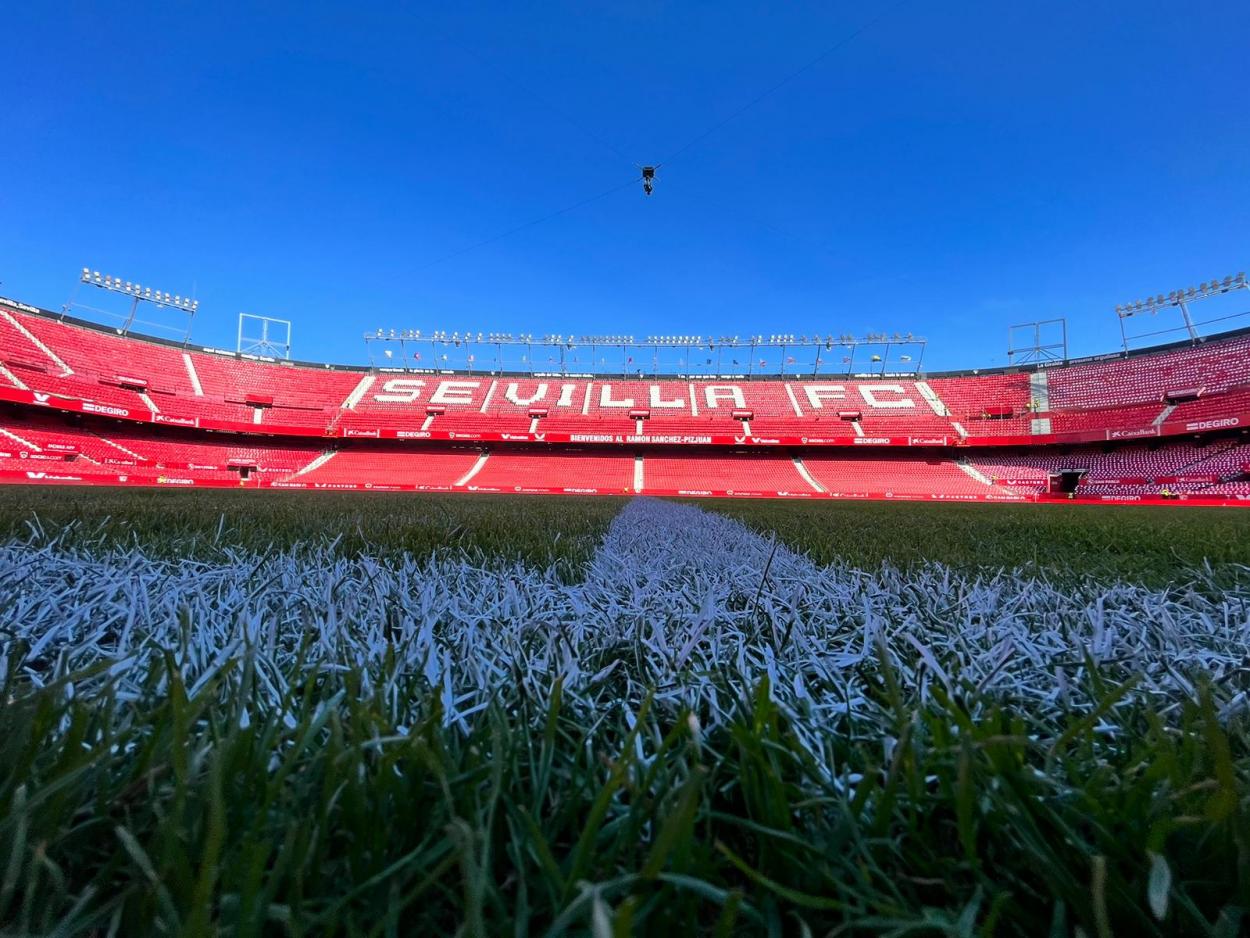 Both Sevilla and Atlético de Madrid are already at the Sánchez-Pizjuán, and will be looking to give a good match and win three points.
11:23 AM2 months ago

Lamela will be looking to give a pleasing match and contribute to his team in search of adding one more victory to Sevilla's numbers.
11:18 AM2 months ago

Atlético de Madrid has fallen in two of their six matches played in this edition of LaLiga, so they are looking to avoid reaching their third defeat.
11:13 AM2 months ago

Álvaro Morata will start the match with Atlético Madrid, he will look to give a great game and add goals to his personal account.
11:08 AM2 months ago

That's five points Sevilla have picked up in this LaLiga kickoff, one of their lowest numbers since 2015.
11:03 AM2 months ago

Sevilla have won two of the last three matches against Atlético de Madrid, so they will be looking to continue with this hegemony.
10:58 AM2 months ago

We're back for a minute-by-minute coverage of the match between Sevilla and Atlético de Madrid. We will shortly share with you the most relevant information as well as the confirmed line-ups.
10:53 AM2 months ago

Stay tuned for the Sevilla vs Atletico Madrid live stream.

In a few moments we will share with you the starting lineups for Sevilla vs Atletico Madrid live, as well as the latest information from the Estadio Ramon Sanchez-Pizjuan. Keep an eye on the action with VAVEL's minute-by-minute live online coverage of the match.
10:48 AM2 months ago

Where and how to watch Sevilla vs Atlético Madrid live online

The match will be broadcasted on TUDN.

Sevilla vs Atletico Madrid can be tuned in from the live streams of the TUDN App.

What time is Sevilla vs Atletico Madrid matchday 7 in LaLiga?

This is the kickoff time for the Sevilla vs Atletico Madrid match on October 1, 2022 in several countries:

"We have the option of playing as sweeper and in the middle. We will evaluate it, it is an option that the player gives us".

"One goes out with a back four, but it's never a back four. Because the wing ends up being the fifth. In the photo, he is four, but when they are defending, they are five. It changes a little bit from being five or four".

"It doesn't condition his return because they can play with three, with Reinildo, with Carrasco on the left".

"Let's hope that when it's his turn to play, he does it in the best way. The club and we as a team are very excited to see the best Joao Felix".

"Football is the way it is. Sevilla has had to play many difficult matches against great opponents. I understand that Lopetegui is a great coach. You can see the team is committed to the job. They have achieved positive results in the difficult last two games. Tomorrow we know what we are going to find. A team that plays well and has a good predisposition to attack. Against Villarreal they competed very well. They have had two weeks to work with many players. With Espanyol they reacted well. They can play with different formats within the same idea."

"The other day I was reading how well Real Madrid is doing because it rotates. The result ends up conditioning everything".

"You have to understand the context of the response. Yes, the truth is that I'm thinking about the World Cup all the time. But when a match starts you forget everything. Forty days away from the wonderful situation of playing in the World Cup, anyone would answer that".

Julen Lopetegui spoke before the match: "Their squad is extraordinary and their coach is beyond any doubt in terms of performance. Sometimes they play with a line of three, sometimes with a line of four. They have players with a lot of hierarchy and quality. I expect a very physical and technical opponent, with speed and different tactical alternatives. The most important thing is the response we have to give, they will require us to be a great team".

"The only thing I fear is not getting the three points in every game and I try to make sure the team is prepared. I've been working here for three years and I know that in the moments when you don't get the results is to insist a lot, be determined, concentrate and try to manage what is under your control."

"I have no opinion on this. It's an intrinsic soccer issue. His track record speaks for him, but soccer has been, is and will be like that. I haven't beaten Simeone or he has beaten me, it's the players and the teams. Statistics have to be interpreted and each match is different".

How is Atlético Madrid coming?

Atletico Madrid lost in their last match against Real Madrid two goals to one, so they will look to give a great game and get an important victory in this match. 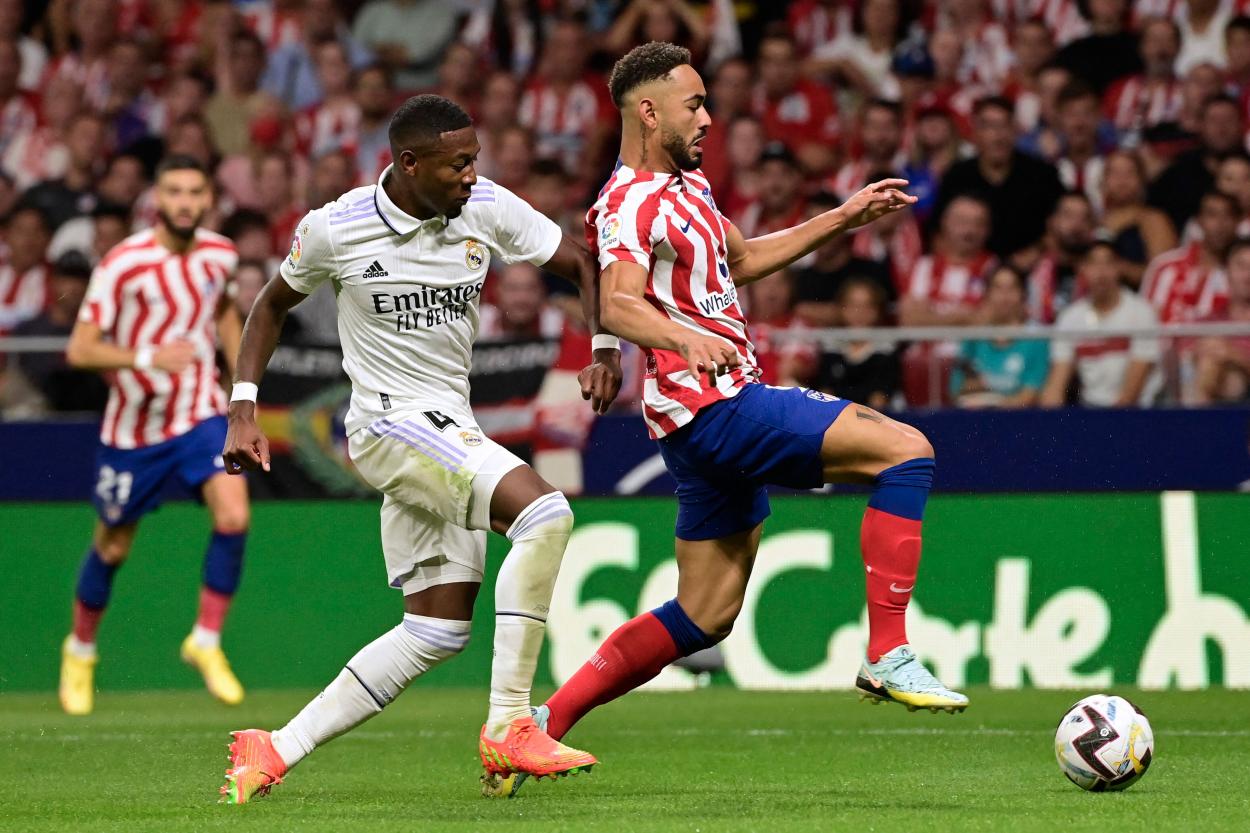 How does Sevilla arrive?

Sevilla arrives to this match after tying against Villarreal by the minimum, they will try to give a great match and add three points. 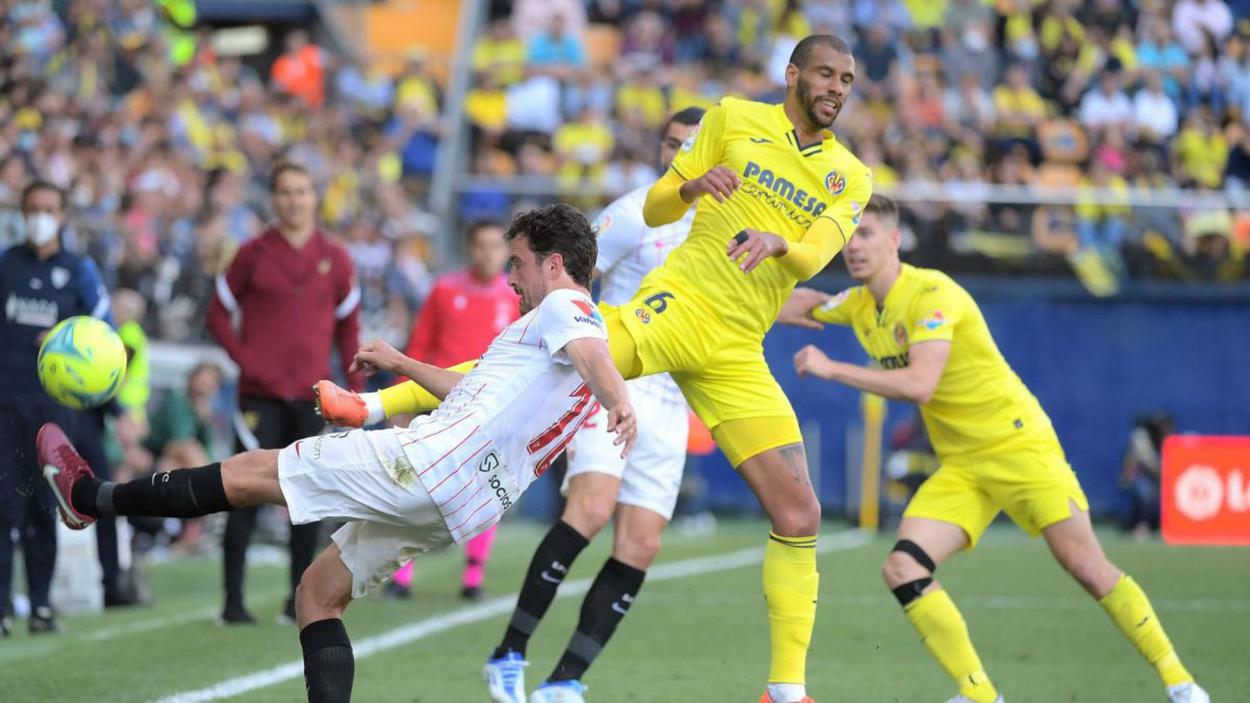 The match Sevilla vs Atlético Madrid will be played at the Ramón Sánchez-Pizjuán Stadium, located in Seville, Spain. The stadium has a capacity for 43,883 people.
10:13 AM2 months ago