Thank you for following the Celta de Vigo vs Betis match on VAVEL, continue to visit the VAVEL portal to keep up to date with everything that happens in the world of sports.
11:10 AM2 months ago

The match ends on the Blaídos pitch, Celta de Vigo wins by the minimum difference and gets to add three points to the bag.
10:59 AM2 months ago

Rui Silva clears a side cross from Paciencia! He was looking for Aspas at the far post. The Green and Whites' forward lines leave Celta a lot of space to run.
10:55 AM2 months ago

Betis dominates, but can't find space... and ends up losing the ball on a long pass to Álex Moreno. Last 10 minutes of regulation time
10:55 AM2 months ago

Luca foul on Fekir. The Celeste now pressed well on Betis's ball, but couldn't steal it.
10:47 AM2 months ago

Double change in Betis: Joaquín and Ruibal enter, Rodri and Montoya leave.
10:42 AM2 months ago

Another foul by Tapia, now on Canales, who, to top it off, was shown the yellow card for protesting. Soto Grado's foul is one mistake after another.
10:41 AM2 months ago

Offside for Carles Pérez, who in any case had sent a clear goal-scoring chance wide.
10:41 AM2 months ago

SAVE BY MARCHESÍN! A great finish down the right by Betis, Montoya passes back and Álex Moreno's right-footed shot is saved by the Argentinian goalkeeper.
10:41 AM2 months ago

Fekir is fouled in Celta's half. Betis have improved after the break, although for the moment there are no clear goal scoring chances.
10:40 AM2 months ago

William José's first attempt, who headed too wide from a cross from the right. It seems that Pellegrini's team has come out with a new look.
10:10 AM2 months ago

The first half is over, Celta wins by the minimum difference and with an extra man on the field.
9:54 AM2 months ago

Javi Galán is now yellow carded for a foul on Rodri. At this rate it will be difficult for the 21 players left on the pitch to finish the game.
9:44 AM2 months ago

Unai Núñez uses his experience to give Luiz Henrique a little push so that he can't control the ball, which is lost on the back line.
9:39 AM2 months ago

Betis substitution: Argentine Germán Pezzella enters to reinforce the center of defense and William Carvalho retires.
9:39 AM2 months ago

After watching the replay, the referee from La Rioja understands that Luiz Felipe grabs Larson on the edge of the area being the last man and avoiding a clear scoring chance, so he shows him a straight red card. Betis is down to 10 men with 70 minutes left in the game.
9:34 AM2 months ago

Yellow card for Luiz Felipe for grabbing Larsen in front of the goal. Celta asks for a red card because he could be the last man.
9:28 AM2 months ago

Betis are now struggling to come out of their defense. Álex Moreno lost the ball, although he reacted well to avoid a dangerous Celta arrival.
9:27 AM2 months ago

The ball was too long to Larsen, who was looking for Hugo Mallo in a quick transition. Rui Silva will kick out of the goal.
9:21 AM2 months ago

The match between Celta de Vigo and Betis starts, both clubs are looking for three points today.
9:05 AM2 months ago

In a couple of moments we will start with the broadcast of the duel between Celta de Vigo and Betis, duel corresponding to the 7th round of LaLiga.
9:00 AM2 months ago

This is the Celta de Vigo's lineup to come out on top today at home and continue climbing positions in this start of the season.

This is the eleven that Betis sends to face Celta Vigo at Balaídos in the hope of keeping three more points in the bag.
8:50 AM2 months ago

Andrés Guardado, Mexican midfielder and member of Real Betis in LaLiga, was absent from practice on Thursday, September 29, prior to the matchday 7 game against Celta de Vigo in Balaídos, however, the little prince joined the team on Friday to return to work with the team.
8:45 AM2 months ago

In assists, Alejandro Baldé of Barcelona is in first place with 3 assists, next to him is Hugo Guillamón of Valencia, Joao Felix of Atlético de Madrid and Lee Kang-In of Mallorca. In second place are Ansu Fati, Real Madrid's Tchuaméni, David Alaba and Jules Kounde with 2 assists made.
8:40 AM2 months ago

Currently, Robert Lewandowski is the top scorer in Spain with 8 goals scored in his personal account in favor of Barcelona, Borja Iglesias of Betis is second with 6 goals scored so far this season, followed in third place by Iago Aspas of Celta de Vigo with 5 goals scored, in fourth place Vinicius Jr of Real Madrid has scored 4 goals so far and in fifth place are Alejandro Baena, Alex Berenguer, Alvaro Morata, with 3 goals.
8:35 AM2 months ago

On the other hand, Betis is still in an unbreakable plan since last season the Benito Villamarín team kept throughout the season in high positions in the general table to be present in the European competitions. Currently Betis is in third place in the general table and with possibilities of sneaking to the top, in the last duel they received Girona in the city of Seville, Betis won by a score of 2-1 to add three more points in the competition.
8:30 AM2 months ago

Celta de Vigo traveled last week to the city of Valencia to face the team of the bats with the aim of getting points and get out of the positions of low/middle of the table, however, things did not turn out as they would have liked as they received three goals that left them in K.O. and with one more setback to the list of results, so if they continue like this, they could have problems at the end of the season.
8:25 AM2 months ago

The actions return to LaLiga, the Balaídos Stadium is dressed up to receive the duel in Vigo corresponding to the 7th matchday of the season 2022. Celta de Vigo will receive a Betis that has been surprising everyone lately and are still fighting for the first places in the general table along with Real Madrid and Barcelona, however, Celta needs to win to start climbing positions so the locality could be a factor that plays in favor of the home team.
8:20 AM2 months ago

Do not miss a detail of the match with the live updates and commentaries of VAVEL. Follow along with us all the details, commentaries, analysis and lineups for this Celta de Vigo vs Betis match.
8:15 AM2 months ago

What time is Celta de Vigo vs Betis match for LaLiga Match?

This is the start time of the game Celta de Vigo vs Betis of 2nd October in several countries:

Watch out for this Betis player:

For this match, the player to watch will be Andres Guardado, the midfielder with great experience in LaLiga football has been characterized by putting order on the field. The principito has become one of the players with the greatest projection in the midfield, also, he has been one of the fundamental players to have offensive action. 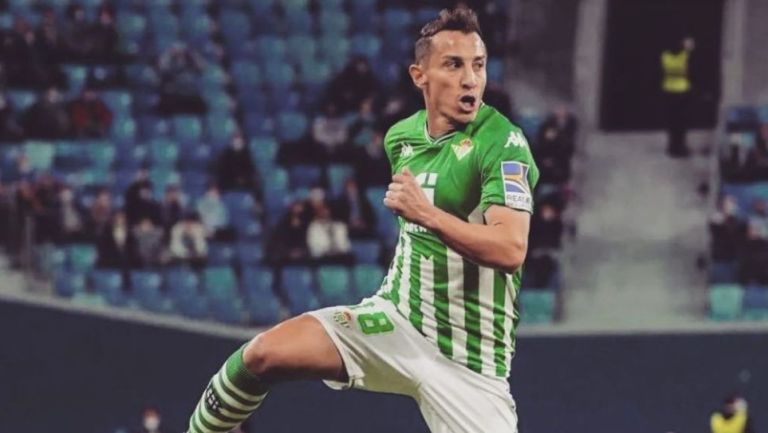 Watch out for this Celta de Vigo player:

For this match, the player to watch will be Franco Cervi, the midfielder with great experience in LaLiga football has been characterized by putting order on the pitch. Franco Cervi has become one of the players with the greatest projection in the midfield, also, he has been one of the fundamental players to have offensive action. 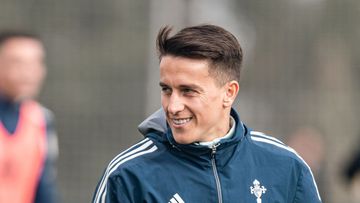 Celta and Betis have faced each other on a total of 80 occasions (25 duels won by Celta, 23 draws and 32 victories by Betis) where the balance is more in favor of the white and green team. In terms of goals, Celta de Vigo wins by scoring 102 goals while Betis has only 97. Their last meeting dates back to matchday 29 where both teams drew 0-0.
7:45 AM2 months ago

The Balaídos Stadium is a sports venue used for soccer practice, it is located in Vigo, Spain and is the current home of the Celta de Vigo club, a team of the first division of Spanish soccer or better known as LaLiga. It was inaugurated on December 30, 1928 and currently has a capacity of 18 267 spectators.
7:40 AM2 months ago

Aiming for the top

The team from the city of Seville, Real Betis, is surprising at the moment in Spain as they have had a good start of the season and are still fighting at the top of the general table. Currently, Real Betis Balompié is in the third place of the general table with 6 games played where they have won a total of 5 games and lost 1 game, which has given them a total of 15 points. In the statistics they have scored 10 goals for and 4 against, leaving them with a difference of 6 goals. In their last duel they hosted Girona at the Benito Villamarín, a duel that ended with a score of 2-1 in favor of the blanquiverdes.
7:35 AM2 months ago

It will be important to win

Celta de Vigo has had an irregular start to the season as they have won and lost so far, they are currently in 13th position in the general table with 7 points from 6 games played where they have 2 wins, 1 draw and 3 defeats, also, in the statistics they have 8 goals and 13 against, leaving them with a difference of -5 goals in the table. In their last game, they traveled to Valencia to face the city's team, however, things did not go as they thought they would, as they lost 3-0 and suffered a tough defeat last matchday.
7:30 AM2 months ago

Looking for a new king

The 2022-23 season kicked off in Spain, bringing back the best league in the world with it. All clubs, along with 3 new guests, will be looking to achieve great feats throughout this season that will be involved in a modified calendar due to the FIFA World Cup in November. Likewise, the teams will fight for the qualifying places for European tournaments and to be present in the big six of LaLiga, however, the real objective is one; to be crowned as the new champions of Spain. On this date, Celta de Vigo and Betis will face each other again in a duel of the maximum circuit of Spanish football to define the winner of the three points that will be played corresponding to the 7th day of this new competition.
7:25 AM2 months ago

The Celta de Vigo vs Betis match will be played at Estadio Balaídos, in Vigo, Spain. The kick-off is scheduled at 10:15 am ET.
7:20 AM2 months ago