The match is over, Inter wins by the minimum to Barcelona.
3:55 PM2 months ago

Dembélé's cross, but Lewandoski fails to make contact with the ball.
3:53 PM2 months ago

NOTHING! The referee signals that there is no handball by Dumfries.
3:51 PM2 months ago

VAR! A penalty is reviewed in favor of Barcelona after a handball by Dumfries.
3:48 PM2 months ago

Assllani clears the ball out of the box to prevent Barcelona from scoring the equalizer.
3:39 PM2 months ago

Pedri scored the equalizer, but the referee pointed out a handball by Fati prior to the shot that sent it into the net.
3:24 PM2 months ago

Close! Dembélé's shot, but Onana makes a great save to keep out the equalizer.
3:18 PM2 months ago

Marcos Alonso looked to generate danger, but ended up losing the ball.
3:09 PM2 months ago

The match restarts and the second half is played.
2:49 PM2 months ago

The first half is over, Inter leads by the minimum at halftime.
2:48 PM2 months ago

Goal, goal, goal for Inter! A series of shots that are rejected, the ball ends up in Calhanoglu, he doesn't hesitate and sends a powerful shot into the back of ter Stegen's net.
2:47 PM2 months ago

Few emotions, both teams seek to generate danger, but neither has good definition.
2:39 PM2 months ago

Ball looking for Lautaro in the center of the area, but fails to reach him.
2:35 PM2 months ago

Dembélé's cross, but the home defense cuts off the pass.
2:29 PM2 months ago

Goo.... CANCELLED! Correa scored the first after being left alone in front of goal and sending the ball to the back, but they ended up signaling offside.
2:27 PM2 months ago

Dembélé's cross, but the ball ends up in Onana's hands.
2:21 PM2 months ago

Mkhitaryan's cross, but Pedri appears to deflect the ball away.
2:15 PM2 months ago

Head to goal by Onana, but the ball goes over the top.
2:08 PM2 months ago

Calhanoglu sends a lethal shot at goal, but ter Stegen dives to keep the ball out with his hand.
2:02 PM2 months ago

The action gets underway at the San Siro.
1:56 PM2 months ago

Both teams take the field ready to warm up prior to the start of the match.
1:49 PM2 months ago

Inter are already at the San Siro and will be looking to give a good performance and make it three points from three in this match.
1:44 PM2 months ago

Barcelona have already arrived in Milan, Xavi's team will be looking for one more victory and to climb up the standings.
1:39 PM2 months ago

Prior to this match Xavi declared that Inter would most likely field a defensive team to prevent the Culé team from attacking.
1:34 PM2 months ago

Raphinha, Lewandowski and Dembélé will be Barcelona's attack, who will be looking to create danger in Inter's goal.
1:29 PM2 months ago

Barcelona demonstrates against racism, ahead of their third Champions League clash against Inter. 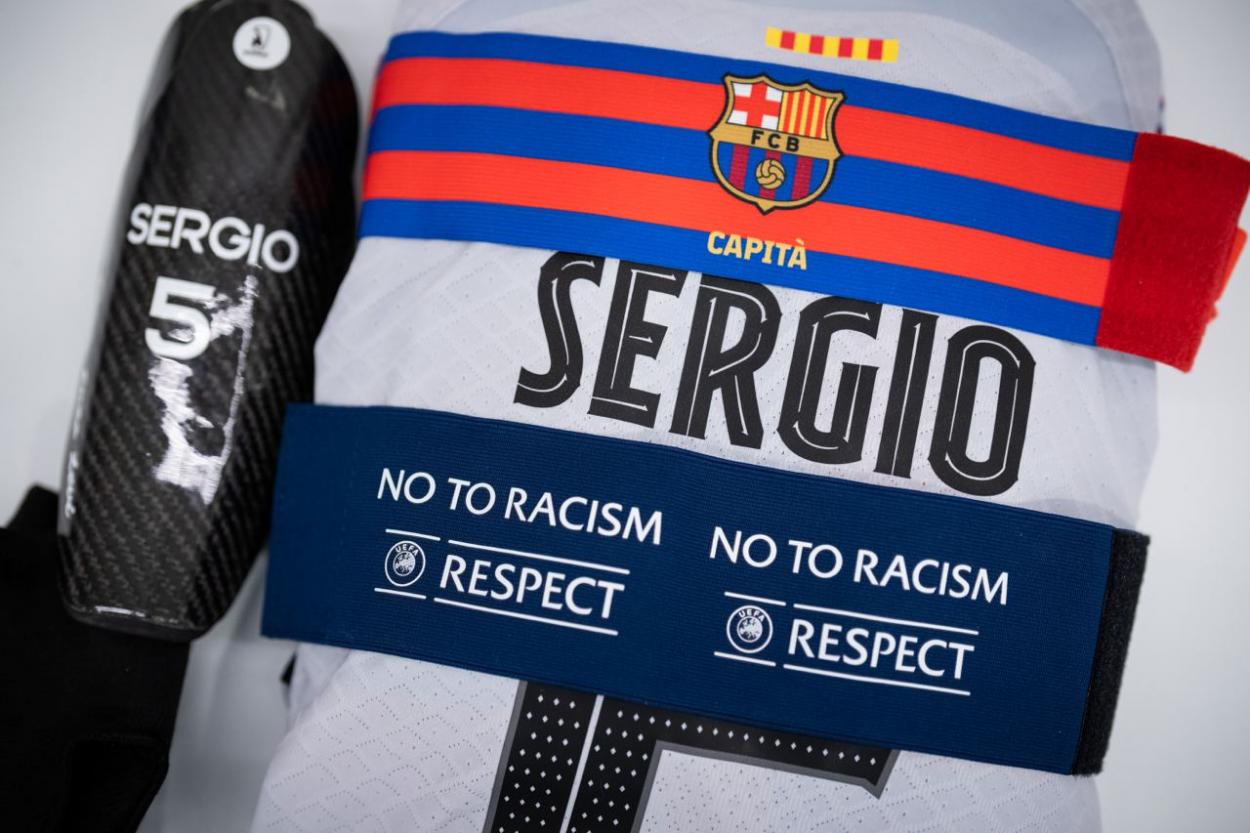 We're back for a minute-by-minute review of the match between Inter and Barcelona. We will shortly share with you the most relevant information that has emerged, as well as the confirmed line-ups.
1:14 PM2 months ago

Stay tuned for the Inter vs Barcelona live stream.

In a few moments we will share with you the starting lineups for Inter vs Barcelona live, as well as the latest information from the San Siro Stadium. Be sure to follow the match live online with VAVEL's up-to-the-minute live coverage.
1:09 PM2 months ago

Inter vs Barcelona can be tuned in from the live streams on the TUDN App.

What time is Inter vs Barcelona matchday 3 of the Champions League group stage?

This is the kick-off time for the Inter vs Barcelona match on October 4, 2022 in several countries:

Xavi spoke ahead of the match against Inter: "It's not significant. It's Inter. They are a very strong team. They have a different system to anything we've come across so far. They play with two strikers, something you don't see too much in Spain. They are a difficult opponent. We are in a good dynamic, but that has to be proven. We've already forgiven Bayern. We have to match the game in Munich, but with a result".

"It's quite clear to me. Despite the size of the opponent, we are clear that we want to dominate and play in the opponent's half. They are an important opponent. It's the Champions League. It's not a definitive match, but it's very important for the future of the group".

"It is an important point of morale and confidence for us. It is positive. It's a sign that things are going well, but tomorrow is a different story. We've just come from failing to score in Munich. It's time for us to perform in this competition.

"If they play with two strikers, maybe we'll have a defender left over and we can reinforce the midfield, as we did against Real Sociedad."

"It would be a very important boost to the team's morale and confidence. That's why we'll go out tomorrow at 100 percent to show that we can win on a field like this."

"I said it the other day. For me it's important to defend well, to defend high. It's important to compete well and better. In the Champions League we were really hurt by the corner goal in Munich. It changed the dynamic of the match."

"For me it is a guarantee. It was clear to me that he is very important for us. He's a perfect wildcard. For me he is a guarantee, he gives me a lot of confidence. I think he is a player that we coaches value a lot. He's quiet, he works, he suffers and he always gives his best.

"They are numbers and his effectiveness is what it is. We have to help with the other players in the goal-scoring issue. But his goals are welcome. The others have to add to these numbers."

"I have no feeling of revenge. I come as a coach. I remember that we had to travel by bus because of the volcano, but they were a great team. It was difficult for us in the first leg. We lost it here. It was a controversial tie, but that's how it is. It's a bitter memory for us, unfortunately."

"I think they would have to do press conferences. They are a very important part of soccer and I think if they explain themselves, we humanize them. I trust their honesty."

"The idea is to have the ball, dominate and subdue the opponent. With a line of 4 or 3. It depends on the opponent many times. We adapt to enhance our methodology. For me, the signing of Marcos is extraordinary because he can play in several places. He is one of the few left-footed players we have in the squad. Despite being a full-back, I see him as very versatile. It's good to have alternatives.

How is Barcelona coming along?

Barcelona arrives with a good pace in LaLiga, adding one more victory after beating Mallorca by the minimum, adding six wins and a draw and placing itself in the first place of the general table, also in the Champions League it accumulates one victory and one defeat. 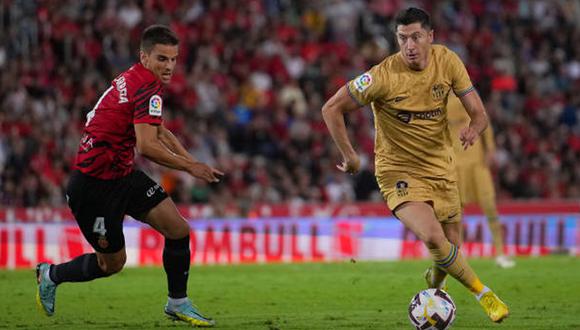 Inter arrives to this match after losing against Roma two goals to one, they have not had a good start in Serie A, with four wins and four defeats. 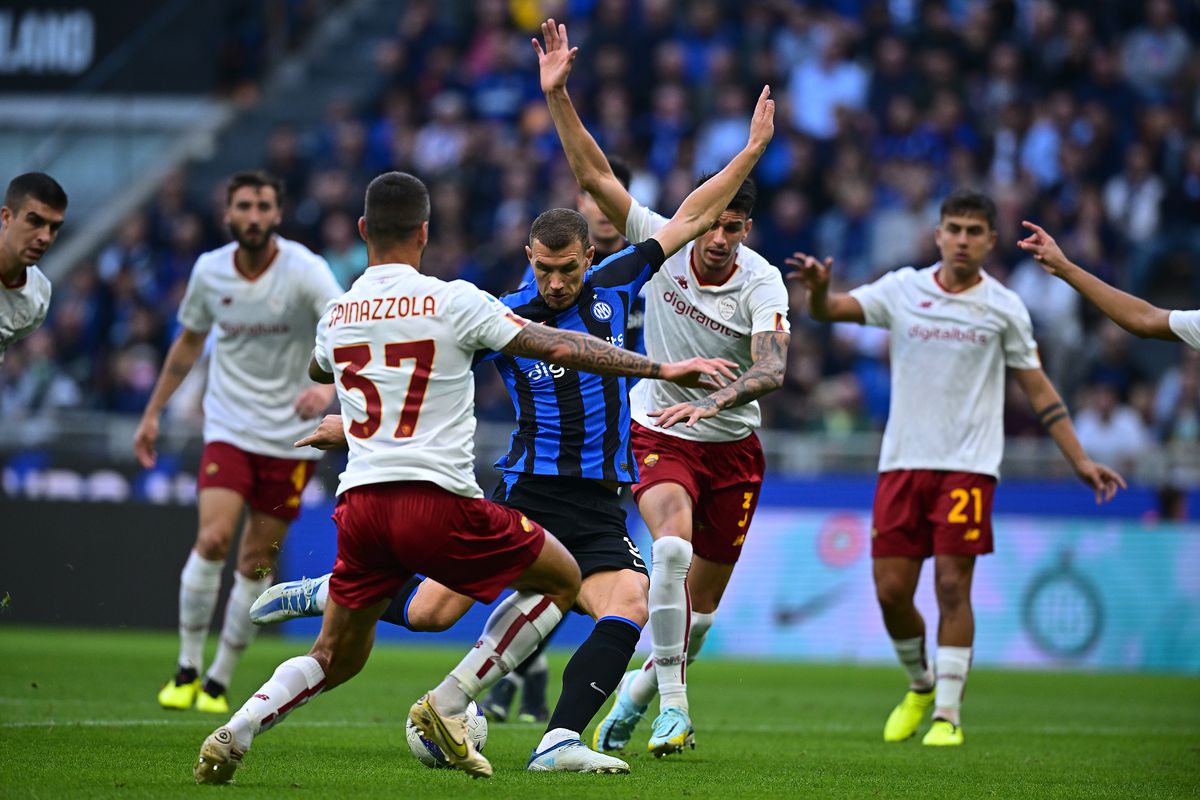 The Inter vs Barcelona match will be played at the San Siro Stadium, located in Milan, Italy. The stadium has a capacity for 43,883 people.
12:39 PM2 months ago