Thank you for following VAVEL live

Thank you for following Tottenham vs Frankfurt on VAVEL. Keep visiting the VAVEL website to keep up to date with everything happening in the world of sport.
4:00 PM2 months ago

The match is over, Tottenham beat Frankfurt at home and they are now group leaders and are looking more and more likely to reach the round of 16.
3:48 PM2 months ago

Goal! Tottenham Hotspur 3, Eintracht Frankfurt 2. Faride Alidou (Eintracht Frankfurt) header from very close range to the center of the goal. Assisted by Mario Götze with a cross following a corner.
3:42 PM2 months ago

Djibril Sow (Eintracht Frankfurt) right footed shot from outside the box is close, but misses to the left. Assisted by Faride Alidou.
3:39 PM2 months ago

Son Heung-Min (Tottenham Hotspur) wins a free kick in the attacking half.
3:23 PM2 months ago

Tuta (Eintracht Frankfurt) is shown the yellow card for a bad foul.
3:15 PM2 months ago

Rodrigo Bentancur (Tottenham Hotspur) is shown the yellow card for a bad foul.
2:40 PM2 months ago

Goal! Tottenham Hotspur 2, Eintracht Frankfurt 1. Harry Kane (Tottenham Hotspur) converts the penalty with a right footed shot to the right side of the goal.
2:26 PM2 months ago

Harry Kane (Tottenham Hotspur) right footed shot from outside the box is too high from a direct free kick.
2:25 PM2 months ago

Son Heung-Min (Tottenham Hotspur) right footed shot from the center of the box to the right side of the goal. Assisted by Harry Kane with a through ball.
2:22 PM2 months ago

Jesper Lindstrøm (Eintracht Frankfurt) wins a free kick in the defensive half.
2:19 PM2 months ago

Richarlison (Tottenham Hotspur) wins a free kick in the defensive half.
2:16 PM2 months ago

Eric Dier (Tottenham Hotspur) is shown the yellow card for a bad foul.
2:15 PM2 months ago

Christopher Lenz (Eintracht Frankfurt) left footed shot from outside the box is blocked. Assisted by Sebastian Rode.
2:12 PM2 months ago

Kevin Trapp (Eintracht Frankfurt) wins a free kick in the defensive half.
2:11 PM2 months ago

Daichi Kamada (Eintracht Frankfurt) left footed shot from the center of the box is high and wide to the left. Assisted by Jesper Lindstrøm.
2:03 PM2 months ago

The match between Tottenham and Frankfurt kicks off, matchday 4 of the Champions League.
1:48 PM2 months ago

IN A FEW MOMENTS WE'LL START

In a couple of moments we will start the broadcast of the match between Tottenham and Frankfurt, matchday 4 of the UEFA Champions League group stage.
1:46 PM2 months ago

This is the lineup Frankfurt sends to the pitch to face Spurs and return with three points in the bag. 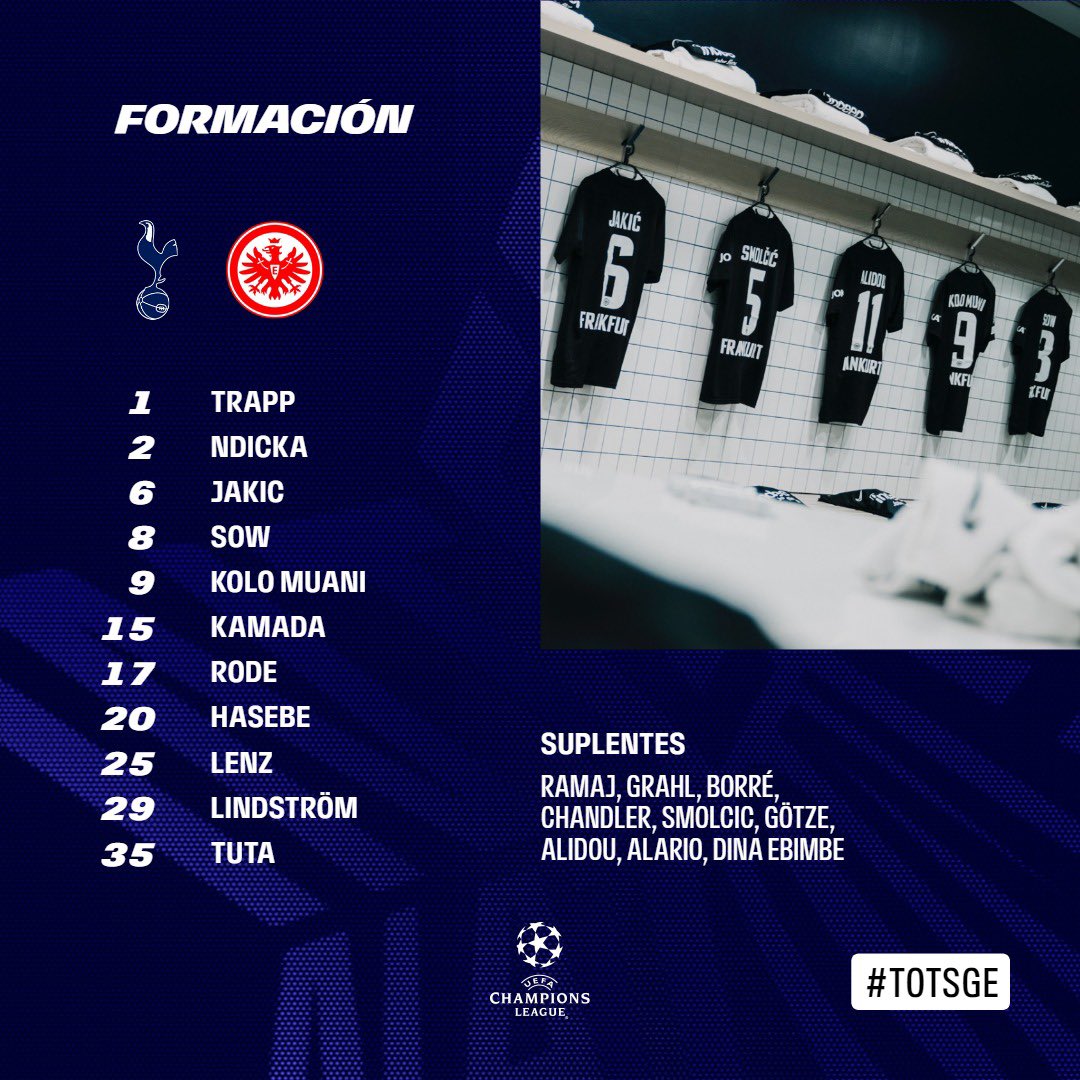 This is the lineup that Spurs send to the field to face Framkfurt at home. 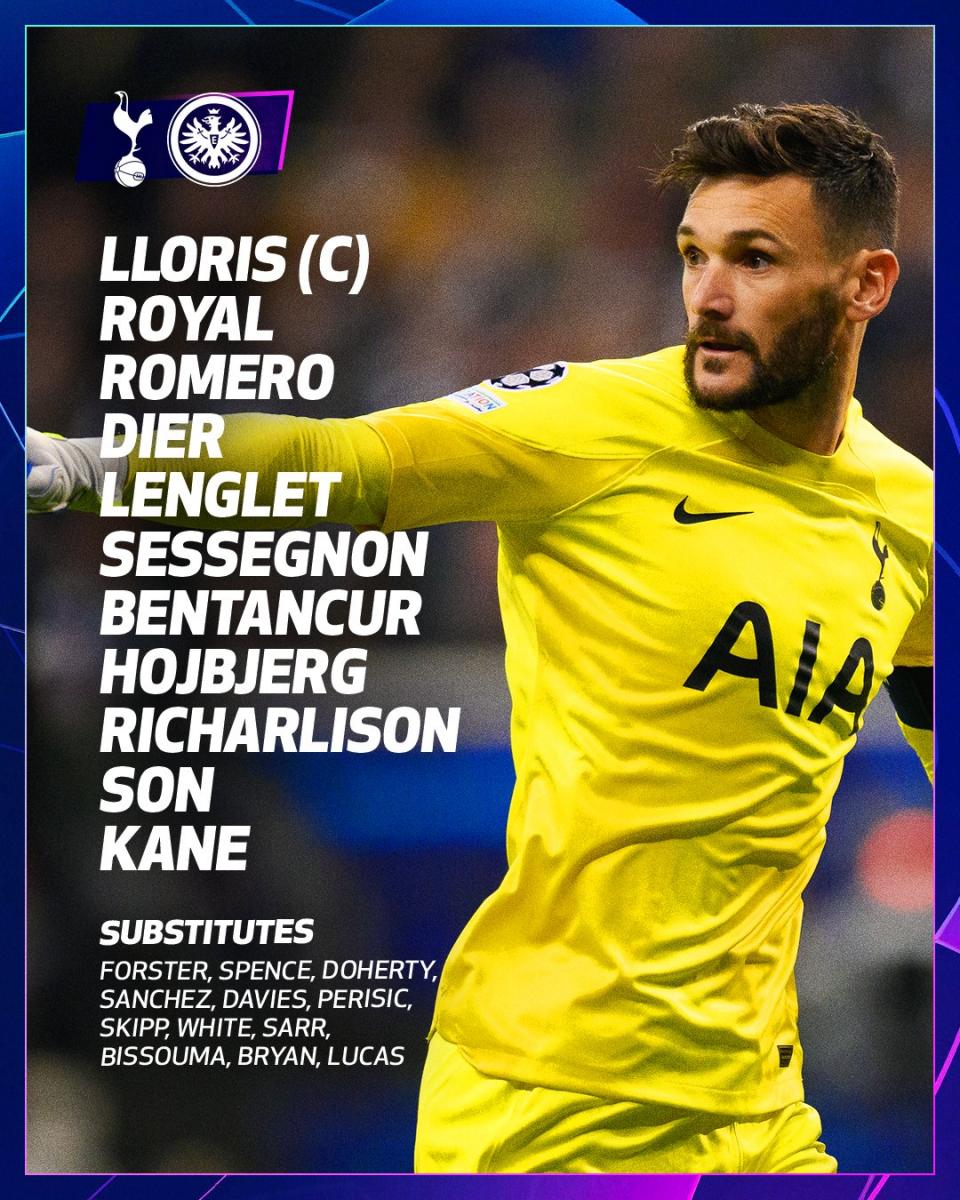 HOW GROUP D IS GOING

At the moment, Group D is going as follows in the UEFA Champions League:
Sporting de Liboa is positioned in first position with 6 points earned (2 games won and 1 lost), in second place is Tottenham Hotspur with 4 points (1 game won, 1 draw and 1 loss), in third place are the Frankfurt Eagles with 4 points (1 game won, 1 draw and 1 loss) and in fourth place is Marseille
1:32 PM2 months ago

Rafael Santos Borré is looking for a new team and the chances of him returning to Spain are high. The Colombian striker of Eintracht Frankfurt has lost a lot of prominence in the German team after the incorporations made by the club last summer and wants to find a new team from December to play regularly.
1:31 PM2 months ago

Antonio Conte has done a fantastic job with Spurs, making them a competitive team in the Premier League and with great projection for the future, which has already attracted the attention of several European teams that want to have a coach of great magnitude in their ranks, such is the case of Juventus' interest, however, Spurs are already preparing to armor Conte in the winter market.
1:31 PM2 months ago

After having achieved a draw, the Frankfurt Eagles had to travel to the Vonovia Ruhrstadion to face Bochum in the Bundesliga, the Frankfurt team traveled with confidence in getting three points as they have had a very good season so far, however, they did not imagine the hostility with which they were received as they had a hard time dominating the first half and in the final stretch of the second half, the locals went all out in attack to seal the 3-0 win and cause a defeat for the Eagles.
1:26 PM2 months ago

After drawing with Frankfurt in Germany, Tottenham returned to England to play the 10th round of the Premier League, this time, Antonio Conte and his players had to travel to the Falmer Stadium to face Brigthon & Hove Albion, a team that has surprised by staying close to the Big Six of the Premier League. The match started very evenly for both teams, but it was only in the 22nd minute that the tie was broken with Harry Keane's goal to seal a narrow victory over the Seagulls.
1:21 PM2 months ago

The wait is over, the UEFA Champions League is back to play two more rounds of the group stage and get closer to the knockout stage where the 16 teams that will be present in the next rounds and fight for the crown this season will be known as soon as possible before the World Cup. In this duel, Tottenham Hotspur will face Frankfurt at home in London, England, this duel could be decisive in the future as the winner will separate from its rival in the group and will be much closer to seal its pass to the next round of the Champions League, however, a draw would make things more interesting.
1:16 PM2 months ago

Do not miss a detail of the match with the live updates and commentaries of VAVEL. Follow along with us all the details, commentaries, analysis and lineups for this Tottenham vs Frankfurt match.
1:11 PM2 months ago

What time is Tottenham vs Frankfurt match for UEFA Champions League match?

This is the start time of the game Tottenham vs Frankfurt of 11th October in several countries:

Watch out for this Frankfurt player:

For this match, the player to watch will be Djibril Sow, the midfielder with great experience in German football has been characterized by putting order on the field.  Djibril Sow has become one of the players with the greatest projection in the midfield, also, he was one of the fundamental players in this year for Frankfurt to reach the Champions League. 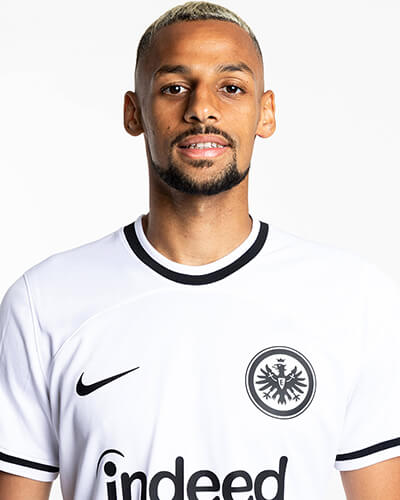 Watch out for this Tottenham player:

The player to watch for this match will be the star striker, Harry Kane, the current center forward has been an important piece in this start of the season for Tottenham and he has proved it by becoming the goal ally for his team, now, he will look to break the nets and be the difference that balances the balance in favor of his team. 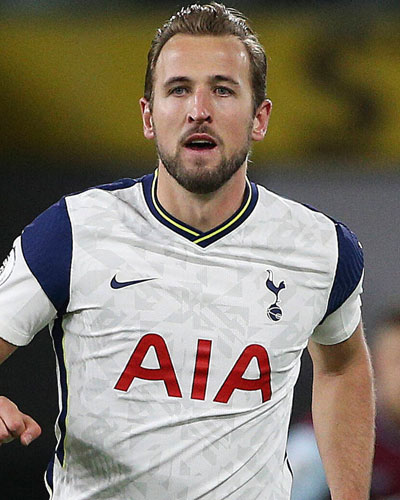 The Tottenham Hotspur Stadium is a sports venue located in the city of London, England and is the current home of Tottenham Hotspur Football Club, a soccer sports club that currently plays in the Premier League or English First Division. It was inaugurated in 2019, being one of the most modern stadiums in the world and in the United Kingdom, it has a capacity for 62 062 spectators, which makes it the seventh largest stadium in the United Kingdom and the third largest in the Premier League, only behind Old Trafford and the Olympic Stadium in London.

The stadium was officially opened on April 3, 2019 with a match between Tottenham and Crystal Palace that ended 2-0 in favor of Spurs.

To prove why they were champions

The Frankfurt team has also had a regular start to the group stage, placing in third place in the group with 1 win, 1 draw and 1 loss, taking a total of 4 points, in the statistics they have 3 goals for and -4 goals against, leaving them with a goal difference of -1. This match will be their chance to separate themselves from Tottenham and get closer to securing their qualification to the knockout round of the Champions League, so it will be a mandatory mission to get the three points.
12:31 PM2 months ago

The Tottenham team returns home to play UEFA Champions League matchday 4 and try to get three points that have escaped them twice, however, they have had a regular pace under Antonio Conte, who is looking to return Spurs to their most competitive version. Tottenham is currently second in group D, with 1 win, 1 draw and 1 loss, with 4 points out of 9, in the statistics they have 2 goals for and 2 against, being totally balanced in the goal difference.
12:26 PM2 months ago

A new season of the best club tournament in the world is starting, the UEFA Champions League is back with many more emotions, suspense and above all goals at the start of a new journey where 32 clubs will fight with the goal of being the new dominant champions in Europe and lift the coveted "orejona" at the end of the season. This Champions League will start in a flash due to the Qatar 2022 World Cup that will take place in November, so the group stage will be very short and decisive in the path of the clubs that will seek to have their qualification secured before the break for the World Cup. In this second matchday, Tottenham will receive Frankfurt, last year's Europa League champion, to dispute three important points from London, England. The Spurs team has a debt to settle with their fans as they have not advanced far in European competitions for a considerable period of time, and this match could bring them closer to securing their qualification and send their opponents to the Europa League.
12:21 PM2 months ago

The Tottenham vs Frankfurt match will be played at Tottenham Hotspur Stadium, in London, England. The kick-off is scheduled at 15:00 pm ET.
12:16 PM2 months ago